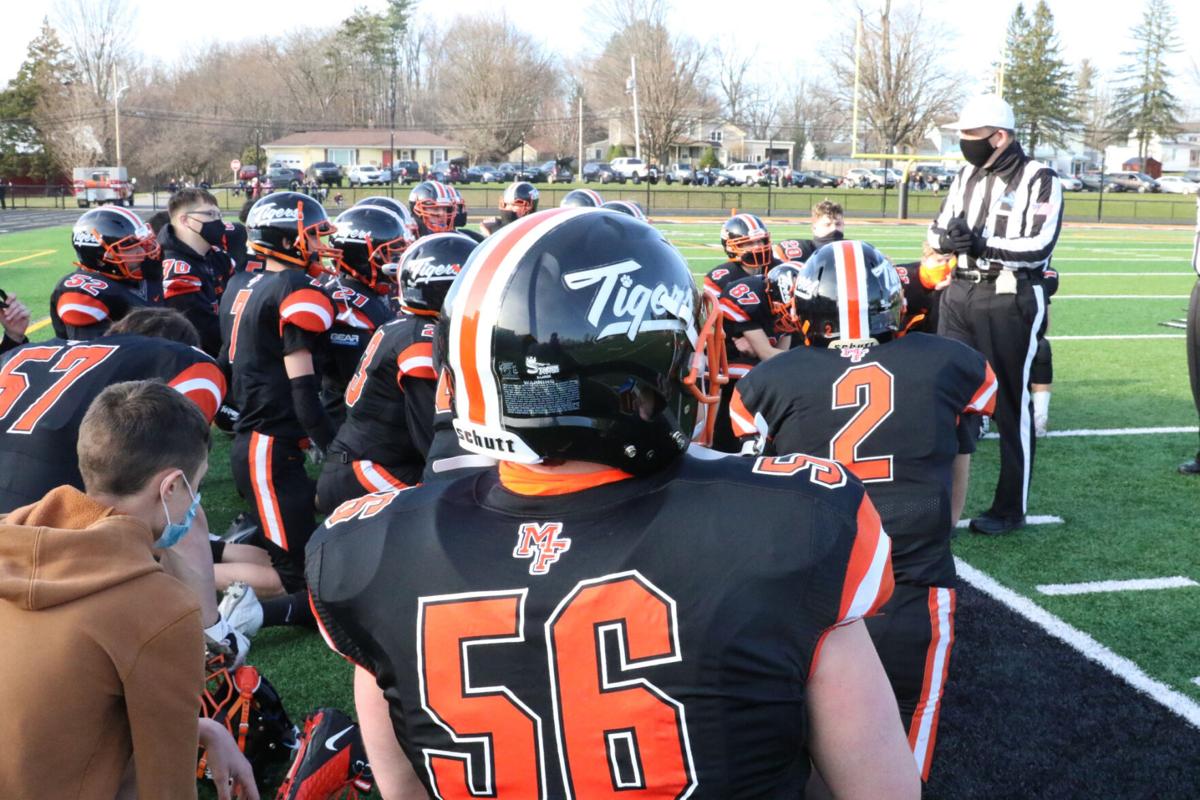 The Mexico football team listens to an official before a game during the Fall II football season earlier this spring. David Maidens photo provided. 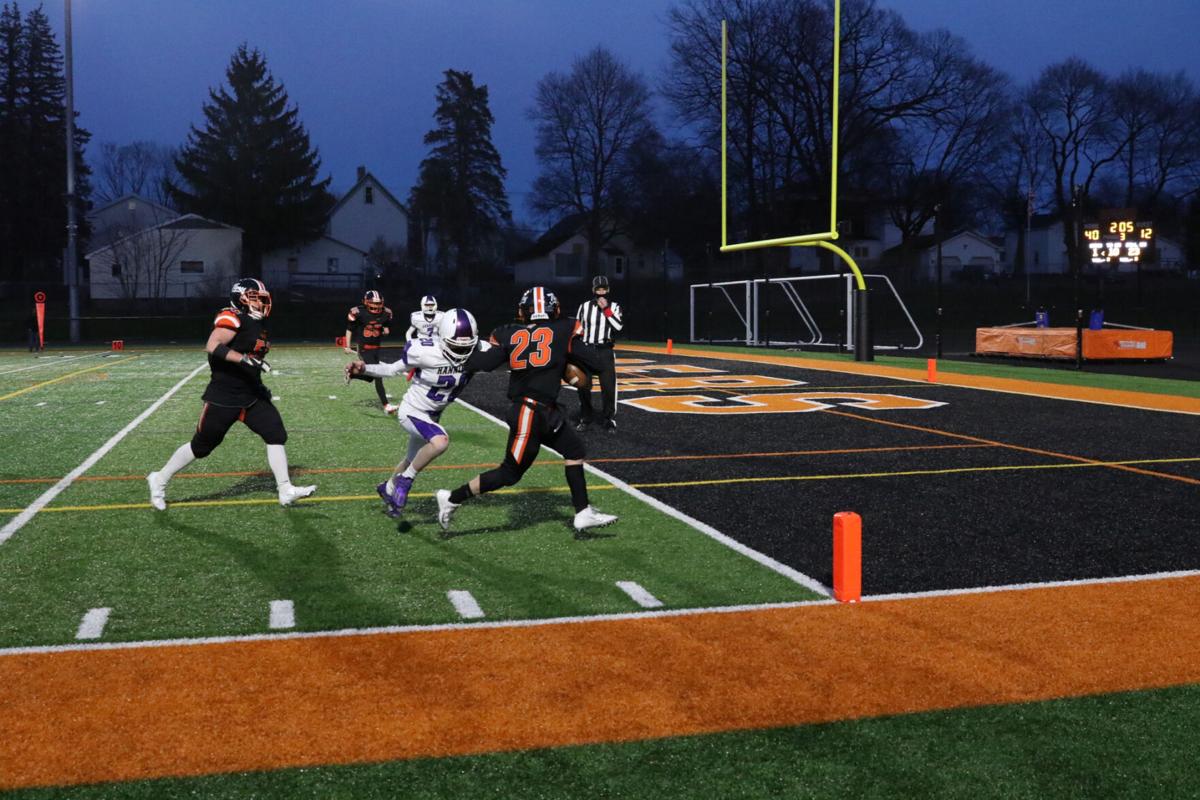 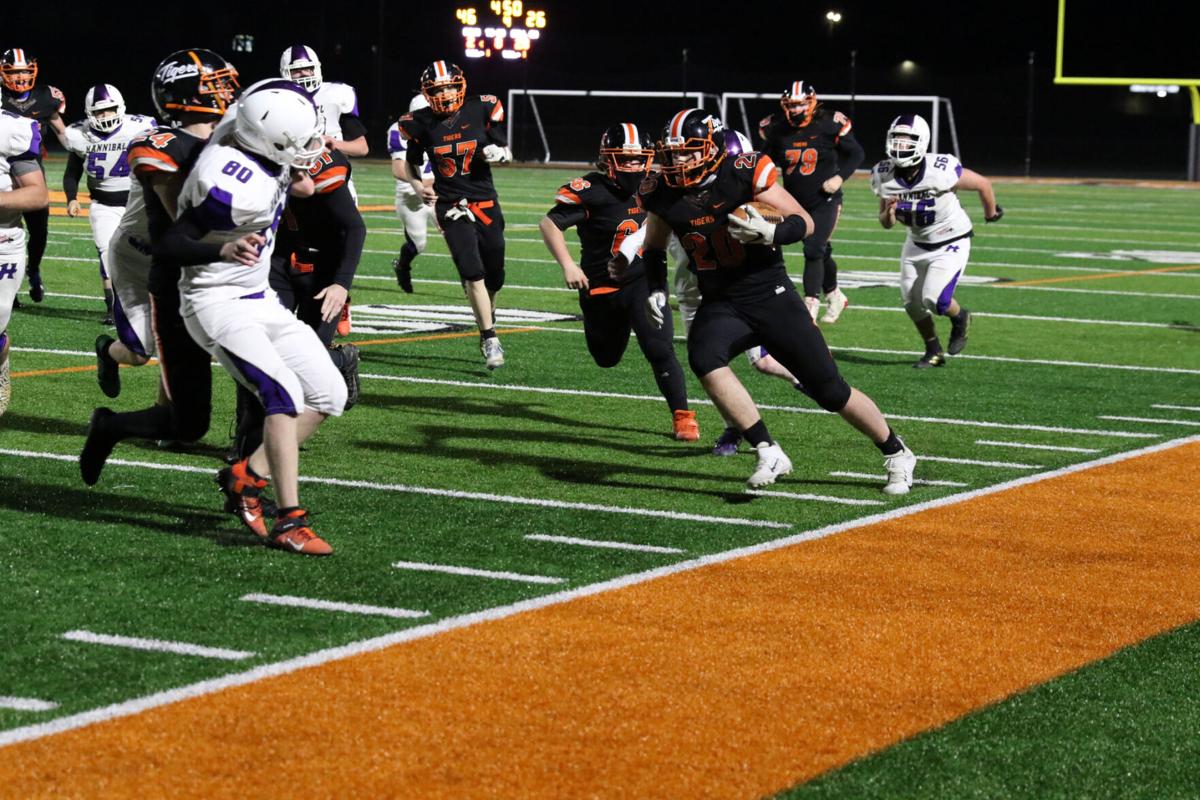 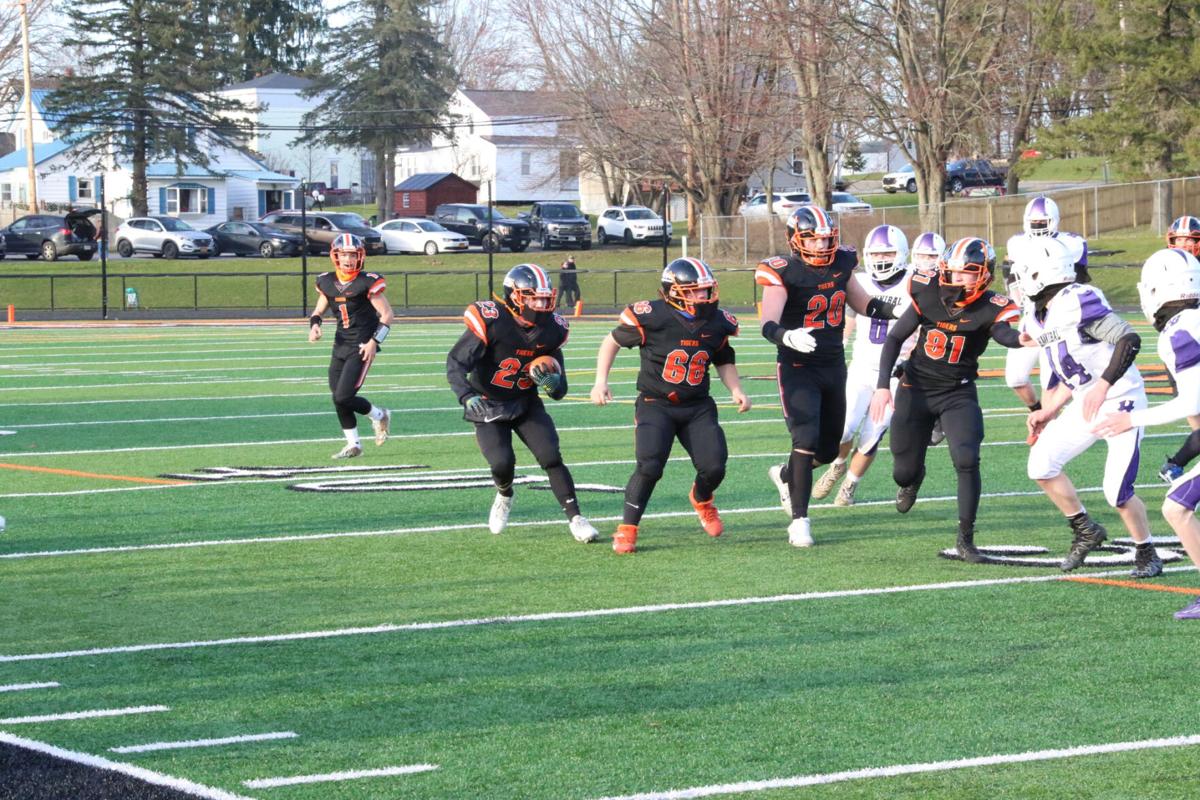 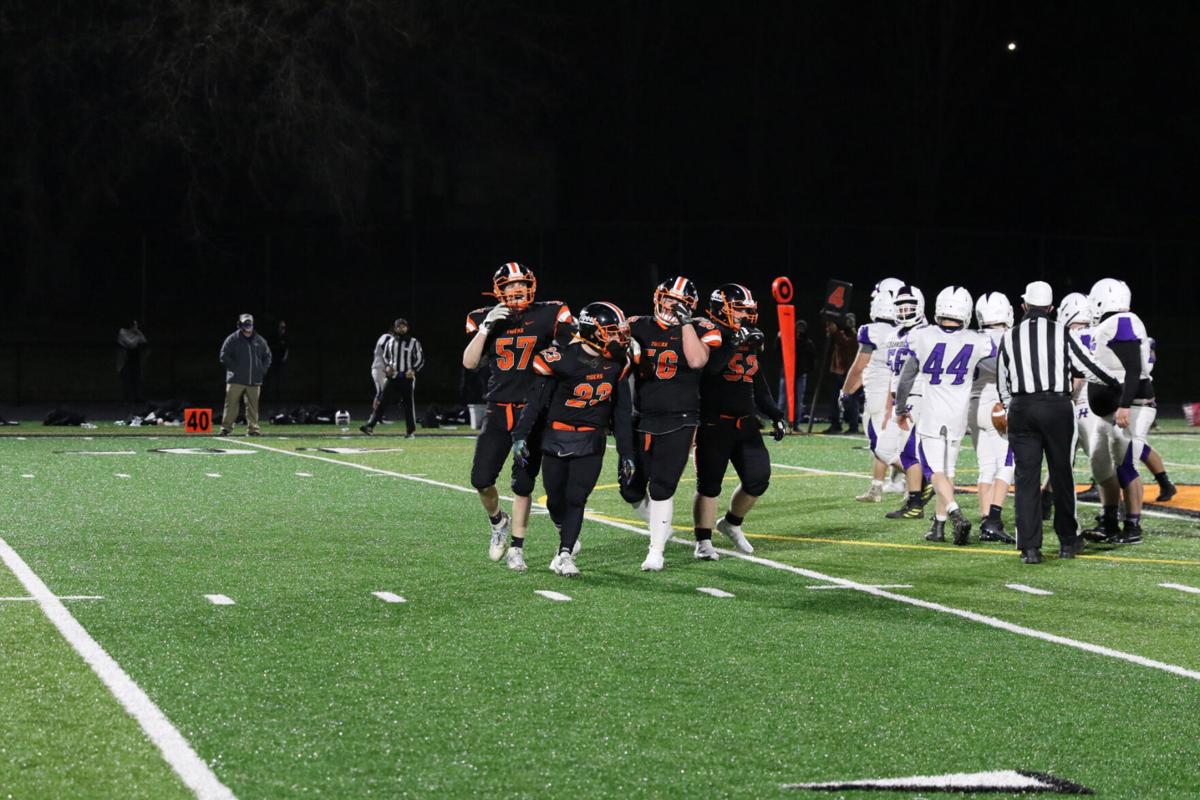 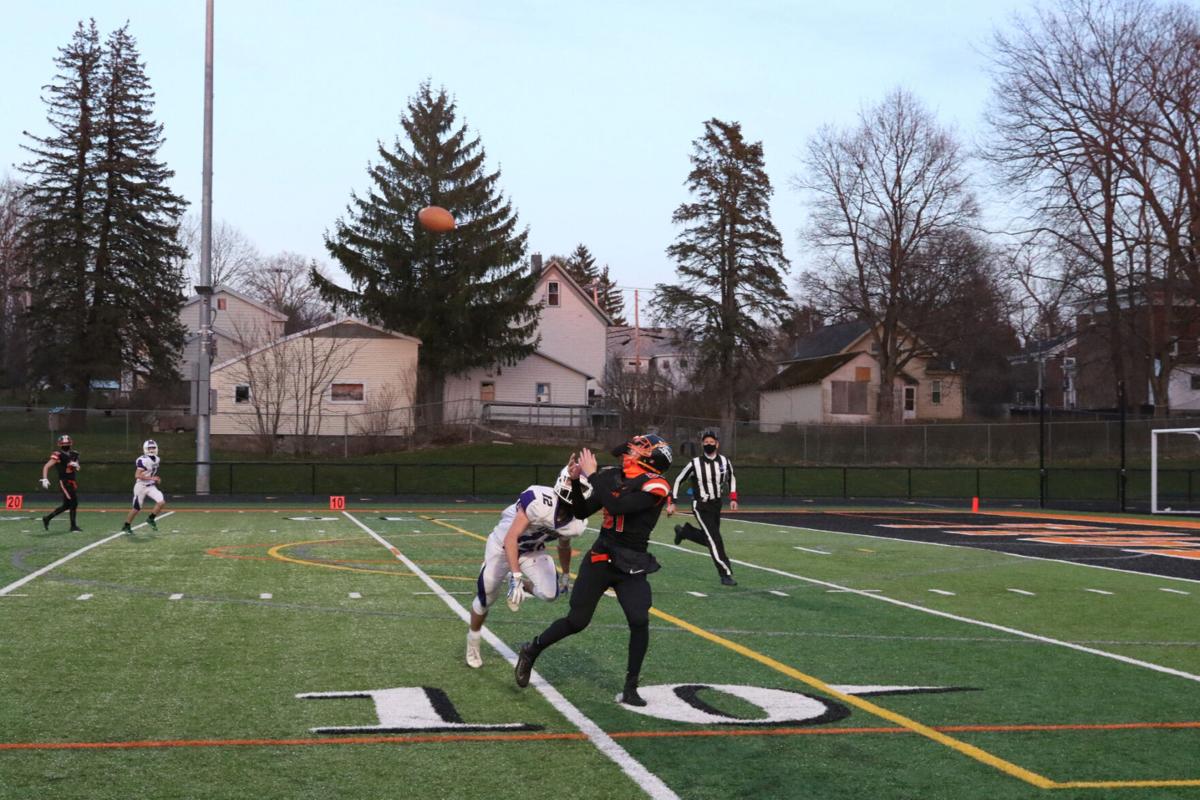 The Mexico football team listens to an official before a game during the Fall II football season earlier this spring. David Maidens photo provided.

MEXICO — The Mexico High School football seniors that endured two winless seasons received the perfect payoff for their commitment to the program.

The Tigers recently finished the Fall II season with an unblemished 4-0 regular-season record and won their season-opening scrimmage to finish the campaign undefeated.

Their newfound success came after consecutive 0-7 seasons in fall 2018 and 2019, a rare extended downturn for the program as its struggles with participation numbers played out on the field in Section 3 Class B.

“We really worked through it,” said Mexico senior running back, Maxwell Mason. “Even the past years, us as seniors growing up, we were working out all the time and getting ready for at least our senior season a chance to go undefeated. We were working for this.”

Mexico finished as the only undefeated team originally slotted to play in the Section 3 Independent Division for last fall, and it was one of only five Section 3 teams to complete at least four games with an unbeaten record during the Fall II season.

They joined Cicero-North Syracuse (Class AA), Auburn (A), Vernon-Verona-Sherrill (B) and Westmoreland/Oriskany (C) in the exclusive club.

“This is really big for our program, getting kids to believe again, getting kids out, getting the fans out and the community excited,” said Mexico head coach, Tee Murabito, who guided the squad to a 51-16 win over Oswego on April 20 to cap off his 18th season as head coach. “That’s what you need to keep your football program, get it back going, breathing some air into it and getting some life back to it.”

Mexico opened the season with a 53-26 victory over Hannibal on April 5 to capture its first win since Oct. 14, 2017, when it claimed a 38-6 win over Central Valley to secure a playoff berth.

Mexico finished 8-2 the year prior in 2016 to reach the Section 3 Class B playoff semifinals.

Jacob O’Reilly, a fourth-year senior and veteran two-way lineman, is the only player remaining from the last Mexico team to record a victory before he helped end the losing streak that had lasted more than three years.

“This group definitely stands out in so many ways, just the bond is way different when you’re winning games,” O’Reilly said. “It’s been crazy, I don’t even know how to explain it.”

Mexico surpassed 50 points in three of its four games, averaging 46.5 points for the season while limiting opponents to 21.5 points per game. The Tigers produced their first 50-point outing since a 69-24 win over South Jefferson on Sept. 16, 2016.

West also threw for more than 300 yards and seven touchdowns to just one interception, connecting with sophomore Hunter Lasinski for five passing scores.

“There was no preseason and no offseason, so it was day one teaching our system, and guys learning and paying attention and practicing and helping each other,” Murabito said. “That was our mindset. We have a short window here and we have to make the best of it, but I believed in the guys and we challenged them to learn, and they stepped up.”