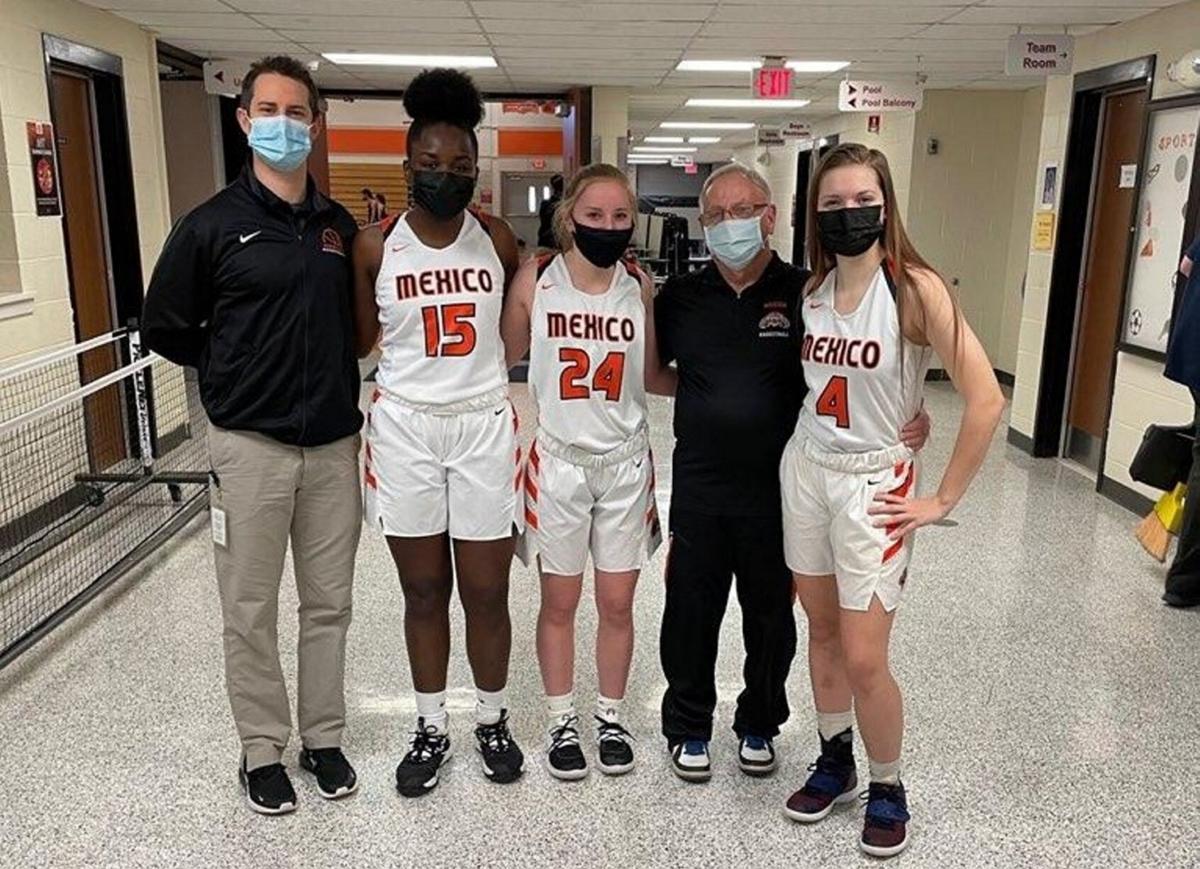 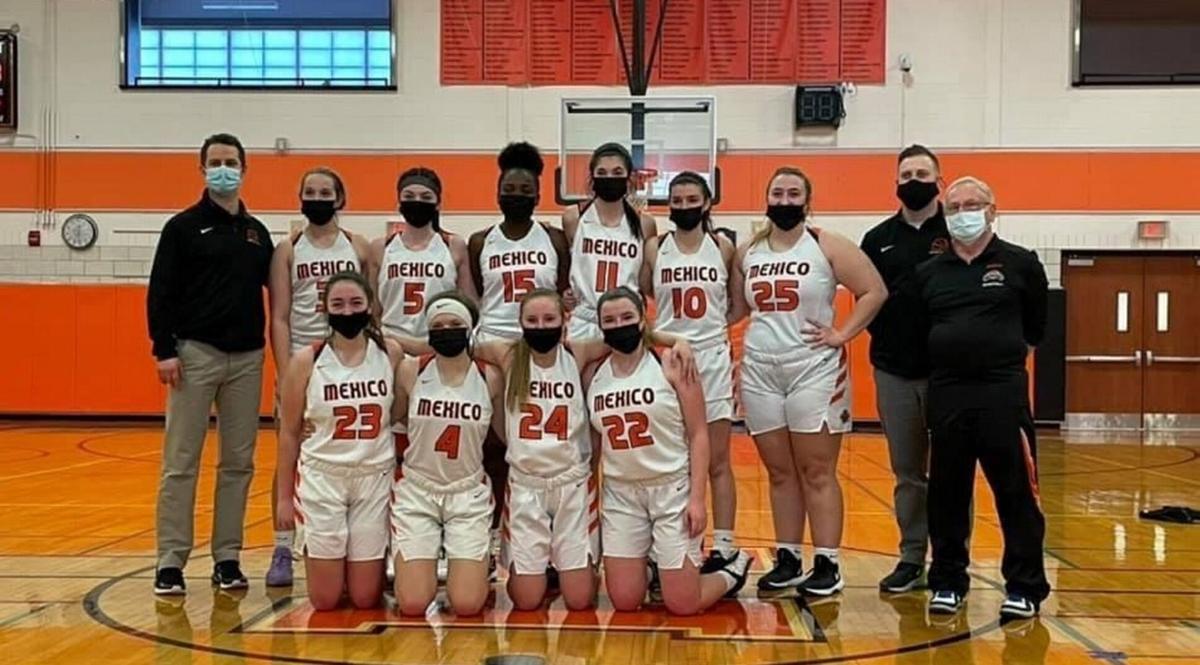 MEXICO — Emotions overcame seniors Brynn Wills and Zianna Gorton as they walked off the court for the final time together, moments after completing an improbable undefeated season for the Mexico High School girls basketball team.

Both players moved up to varsity as freshmen when Mexico won just a single game and remained dedicated through the worst of times toward helping rebuild the program into the Section 3 contender that they will now leave it as.

“As a senior it was surreal because over the last four years, we’ve had a lot of rough spots when it comes to games, but this year we really came out on top, and it was amazing to finish it off at 10-0,” Gorton said. “I will never forget this team.”

Mexico completed the unbeaten season with a 61-37 victory over Altmar-Parish-Williamstown on its home floor last Saturday.

The team posted its highest win total since claiming the Section 3 Class A championship in the 2008-09 season. Mexico went 6-14 overall last year, won three games in the 2018-19 campaign and just one the year prior.

“For the seniors to have a chance to finish what they started was huge,” said Mexico head coach, Dominick Anthony. “I think for us to get to this point we have to remember where we came from and embrace it. Through the roughest times, any one of them could have just bailed out, but they stuck it out and without them, we wouldn’t be here today.”

Mexico opened the season with a 38-35 victory over Phoenix to represent its slimmest margin of victory all year. Only one other game — a 35-26 victory over Hannibal on March 11 — was decided by single digits.

The Tigers scored an average of 53 points per game while allowing just 29.1 points per outing en route to sweeping the 10-game slate.

The dominant stretch came as no surprise to those in the program, especially sophomore leading scorer, Anyssia Ingersoll, one of several emerging young players that has the Tigers eager to work on extending the streak into next year.

“At the beginning of the season, I knew we were going to do something really special this year,” Ingersoll said. “In our first practice, we came out and it looked like we had been playing basketball all summer, and it never changed. We practiced like that every single day.”

In early January, just a few weeks before the state approved high-risk winter sports and school districts began planning for seasons that many expected to be canceled, Anthony met with each of his three seniors via Zoom.

He thanked Wills, Gorton, and Melisa Button for all their contributions to the program, remaining hopeful they would get to reap the rewards of their efforts but bracing for the possibility of a lost year.

Anthony, even with a newborn baby due to arrive around the start of practices last month, was as elated as his seniors and other longtime program contributors to tip off the shortened season.

“In November, I didn’t think we were going to have a season at all, so to come out like this was just incredible,” Wills said. “We’ve had a lot of rough years in the past, but we pulled together and played as a team every single game. … We had 10 solid girls that know how to play as a team and win as a team, and that really helped us this year.”

Mexico players were thankful to have their parents and family members in the crowd to help celebrate their achievement.

The Oswego County Department of Health revised its policy to allow for limited spectators at indoor sporting events about halfway through the season, allowing a small crowd to cheer on the final few games of the Tigers’ breakout year.

The small number of fans were first allowed to attend on Mexico’s senior night and sent them off with a standing ovation after their final win of the season soon after.

“I didn’t really want to play any games without my parents there, it was so emotional the first time we saw them walk in the gym,” Wills said.

Ingersoll will lead a group of returning standouts aiming to keep pushing the Tigers upward among the Section 3 hierarchy next year.

Ingersoll averaged more than 13 points per game as a sophomore to lead the team. She will be joined by returning starter, Briana Urquhart, fellow sophomore, Emma Lawler, and fourth-year varsity contributor, Kendall Cuyler, among other key players from the 10-deep rotation.

“During the year, you take it a day at a time and keep the kids focused on one game at a time, and never once did we say our goal was to go 10-0, because we knew if we didn’t play our best and didn’t show up, that wasn’t going to happen,” Anthony said. “When this day finally came, we knew what was at stake, but at the end it was a relieving feeling.”