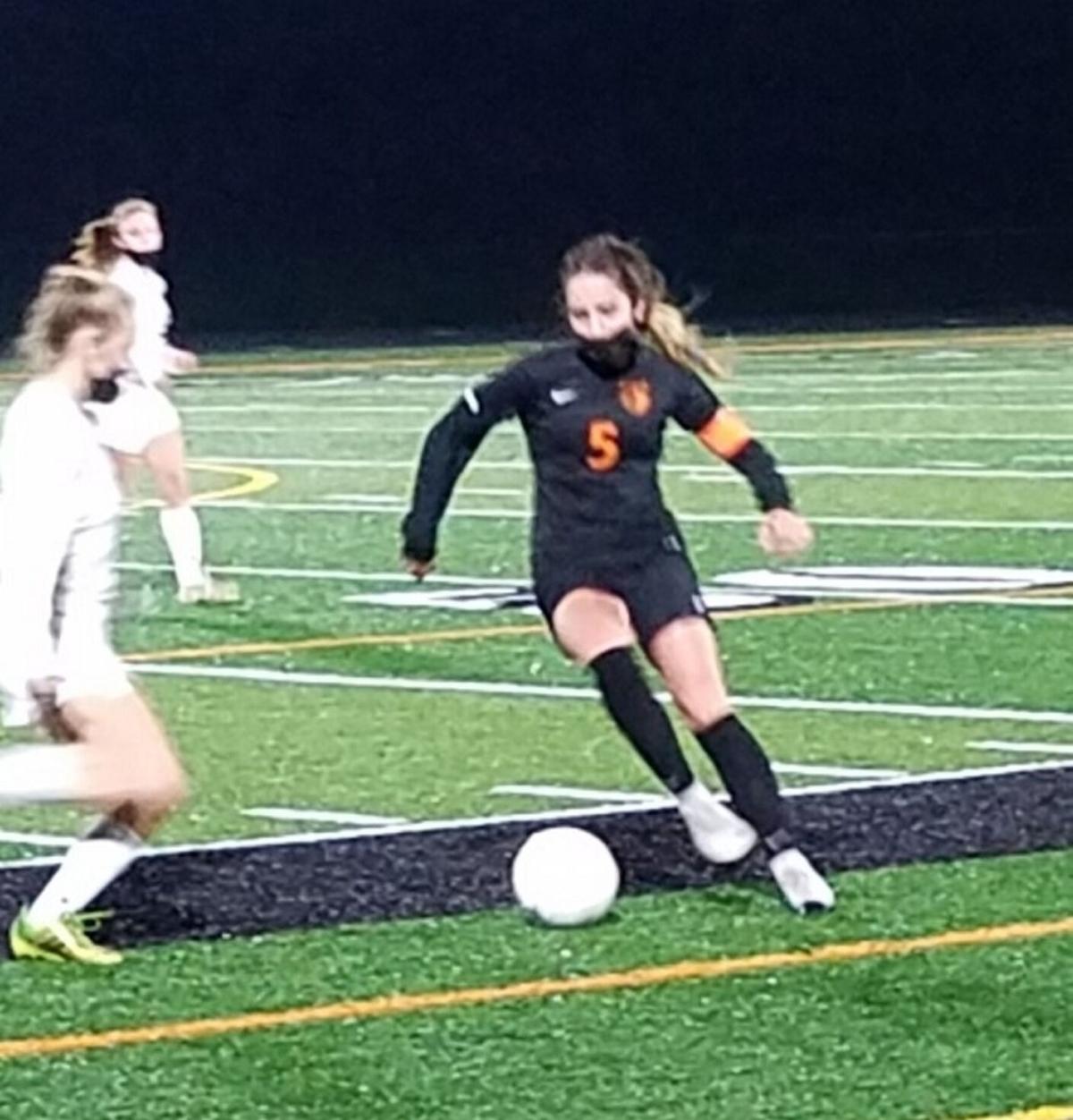 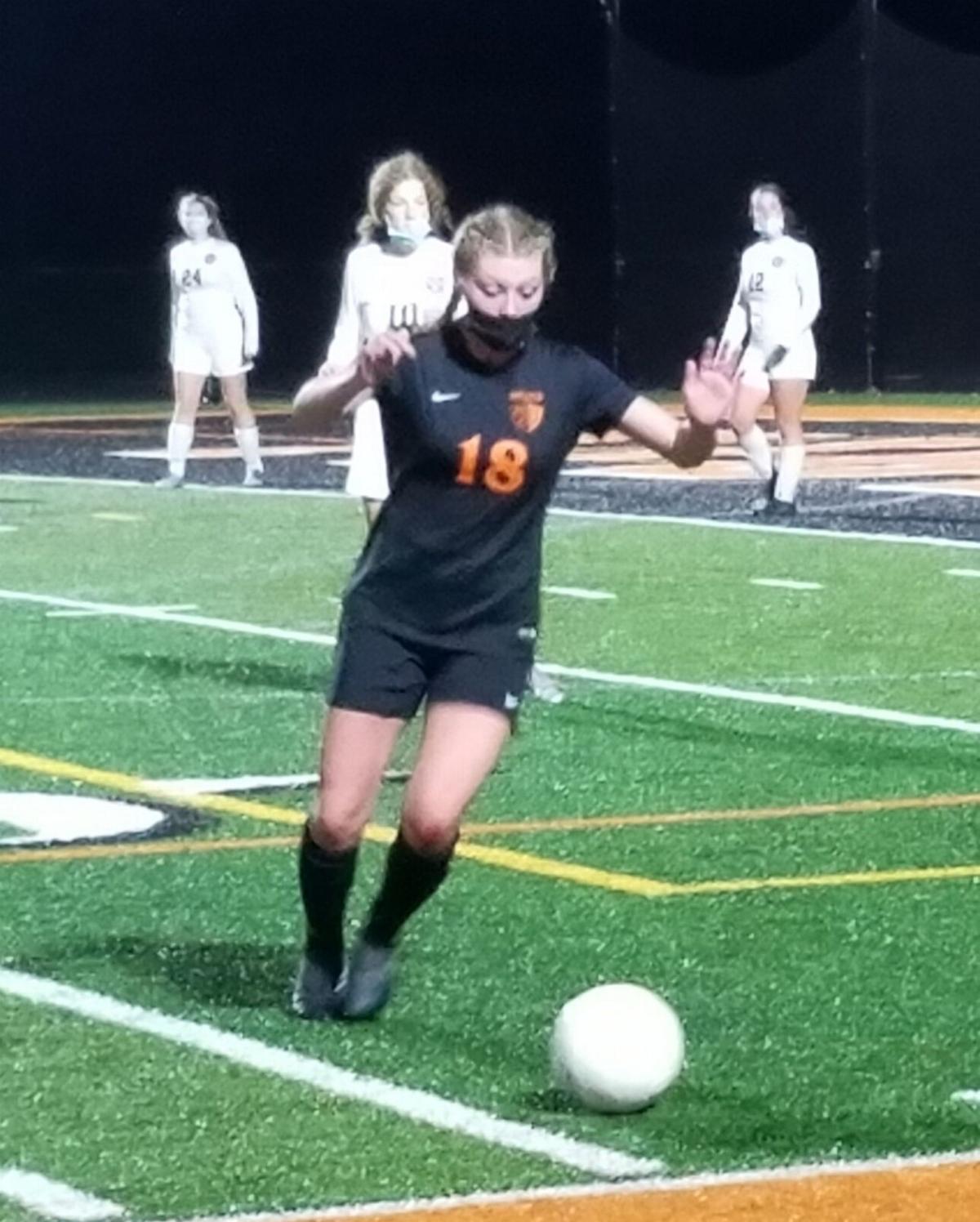 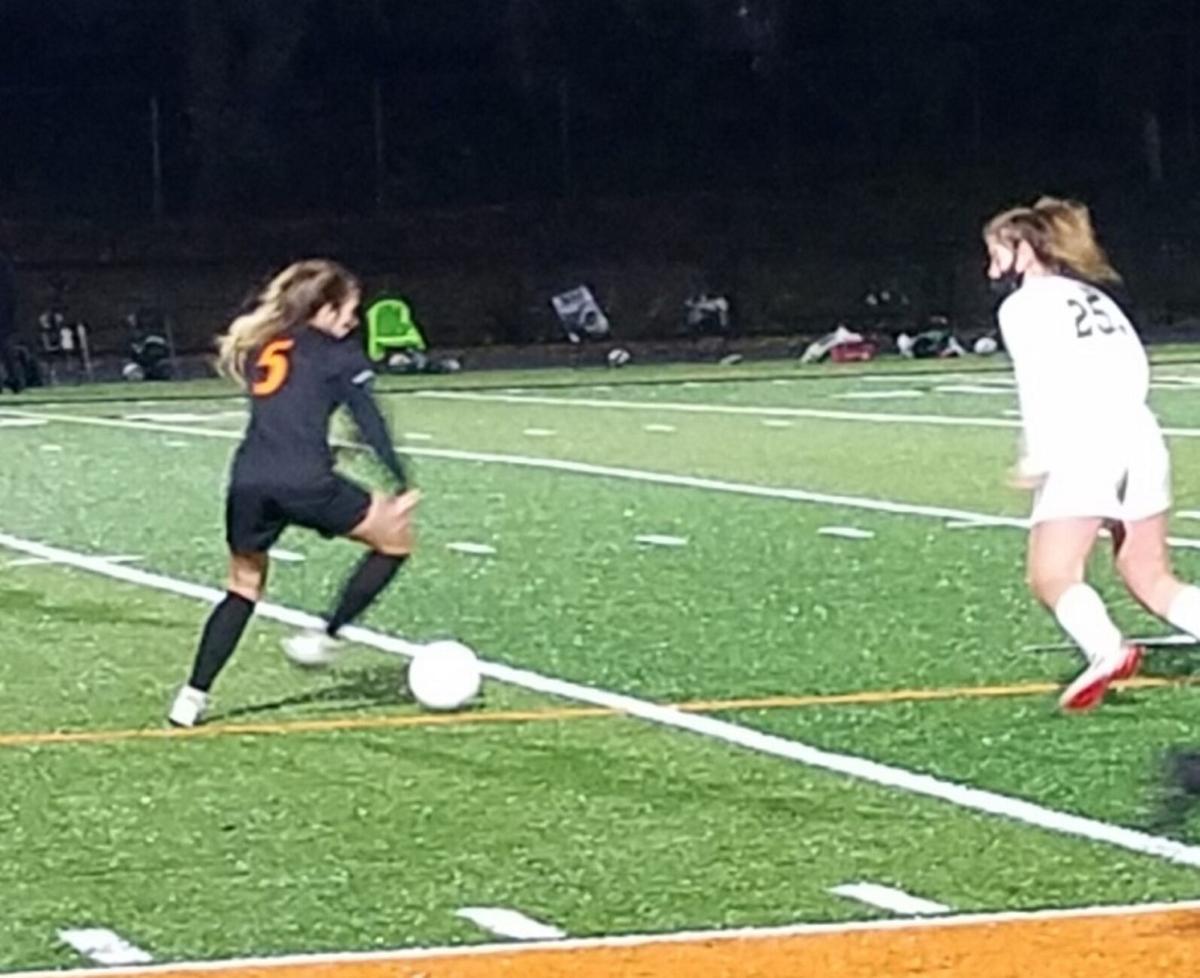 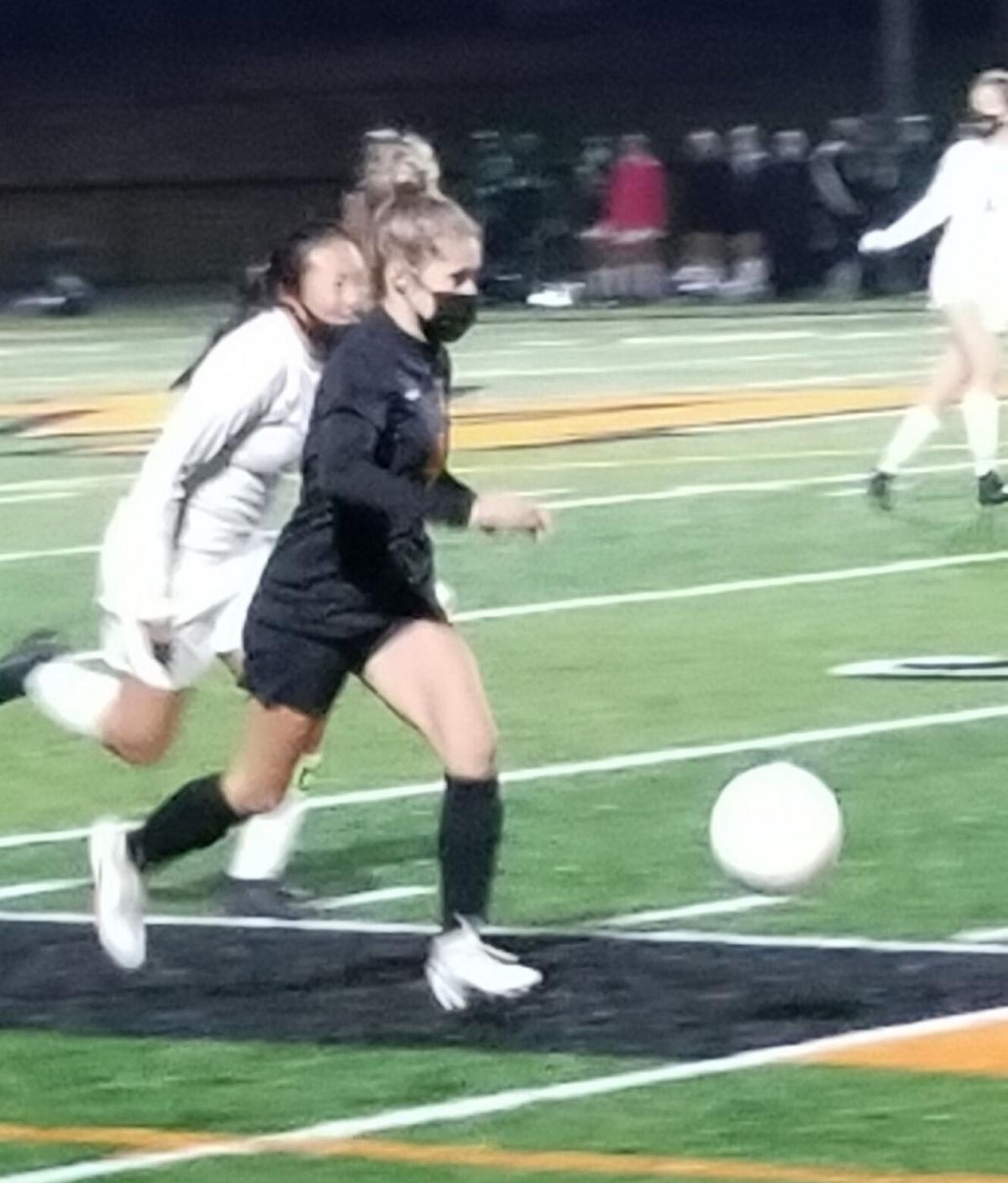 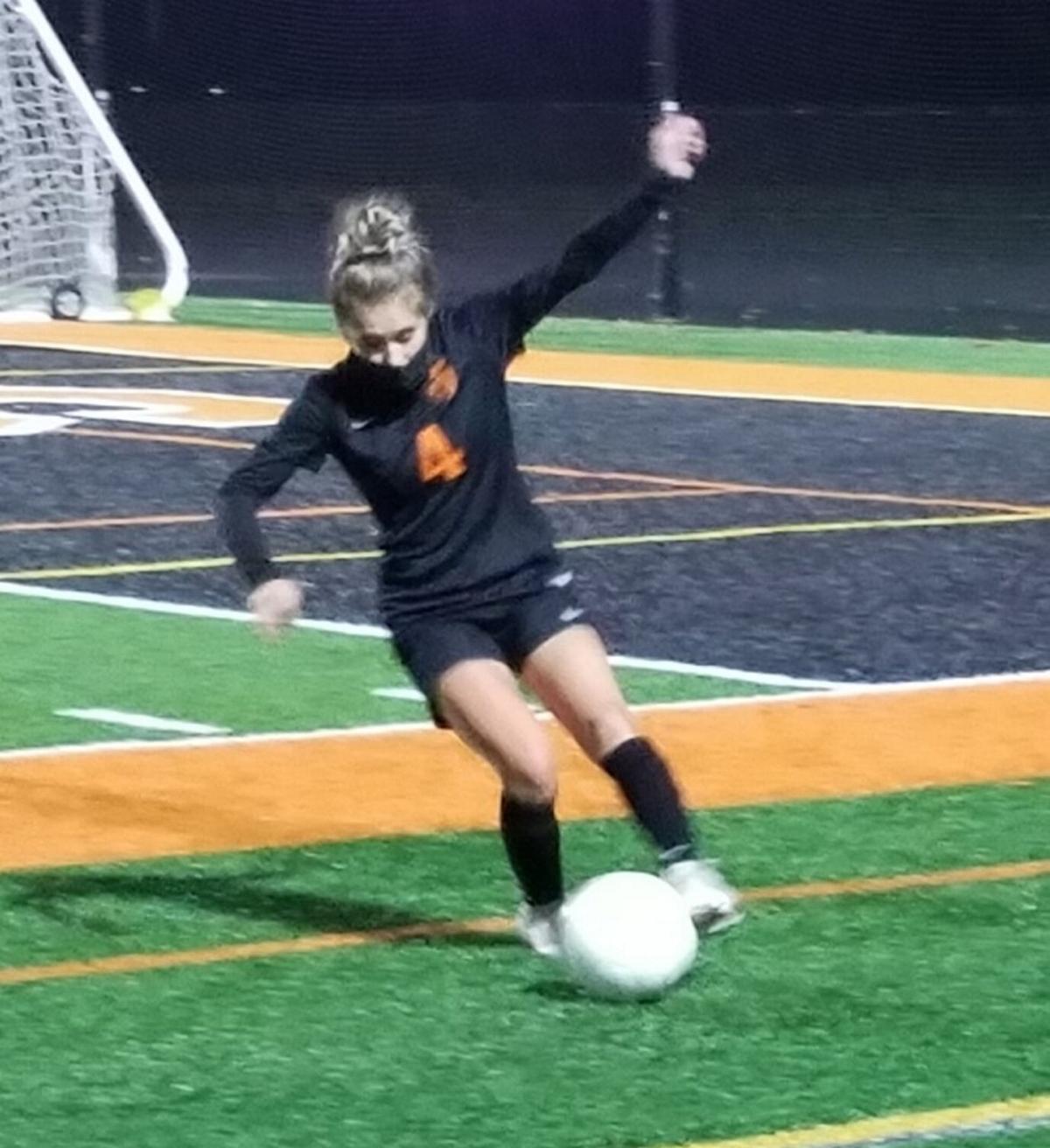 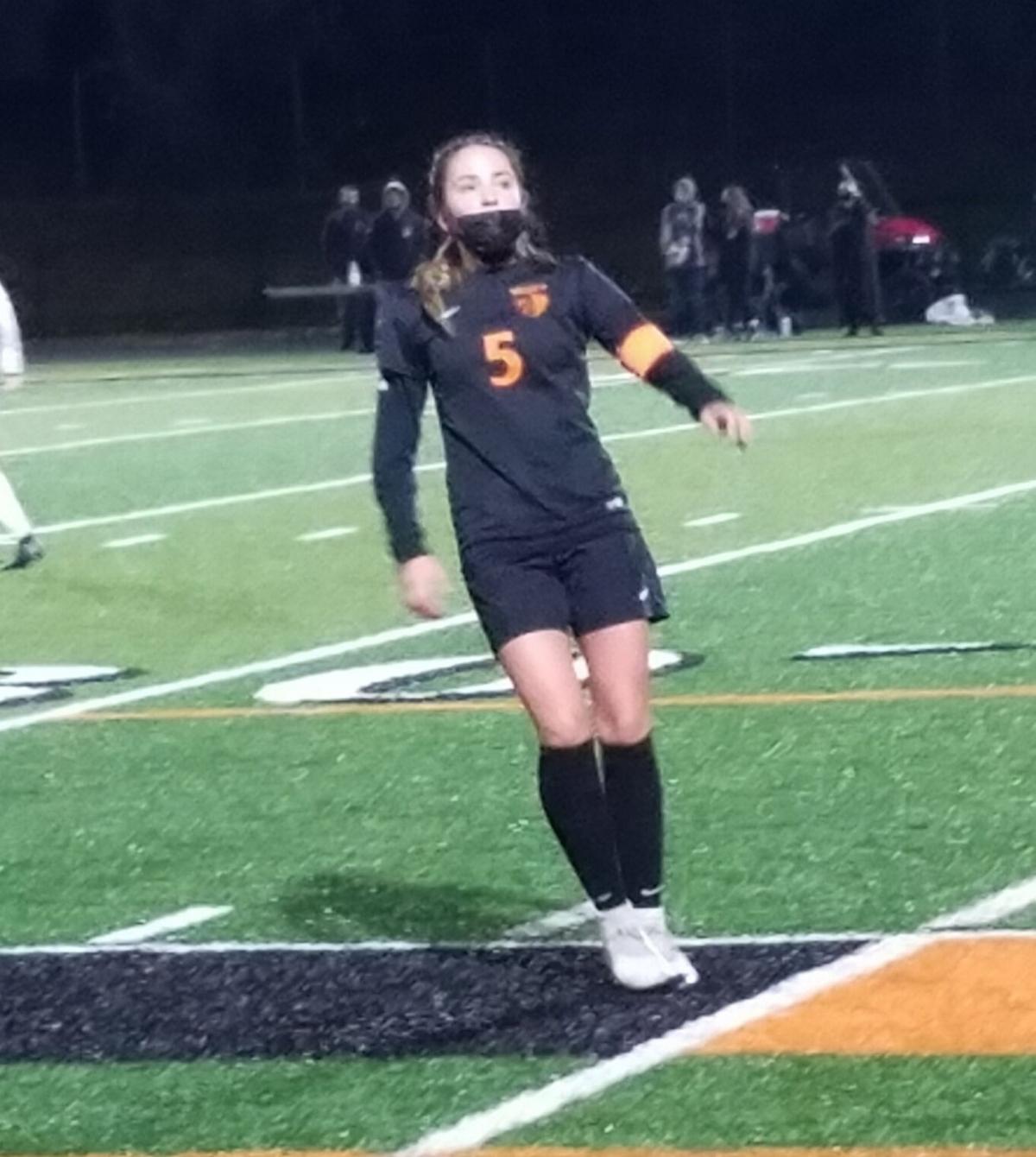 MEXICO — The Mexico Academy and Central School varsity girls soccer team was determined to produce an unforgettable season this fall, for reasons far beyond the unique surrounding circumstances due to COVID-19.

The Tigers entered the week with a 7-3 overall record — already matching their win total from last year’s 18-game schedule — and will conclude the campaign Saturday at Bishop Ludden.

Mexico veteran head coach, Martin Charles, and team leaders expressed gratitude for the opportunity to play this fall during the coronavirus pandemic but also discussed their resolve to make it a successful season for the ages.

“It’s just good to be with the girls again because we were out of school for so long, but it’s important to have this kind of a season, too,” junior Mackenzie Craig said. “It takes heart as much as it does skill, and we put that into it when we came back.”

The Tigers entered the past week as one of three teams in the Onondaga High School League to tally at least seven wins, joining traditional powers Marcellus and Westhill.

Mexico has recorded an overall scoring margin of 31-9 through 10 games and posted five shutouts. The team suffered a 2-0 loss to Marcellus Oct. 29 and a 2-1 setback to Westhill earlier in the year to account for its only league setbacks.

The Tigers have also surpassed last season’s scoring total in nearly half the amount of games and have drastically improved on its scoring margin after allowing 35 goals and scoring just 29 a season ago.

Charles added: “They’re playing relaxed because they know there’s no pressure to win or lose, and I think it makes for a better soccer season in general when we’re not putting pressure on them. … We have to take every day and be thankful for that, and I think that helps.”

Mexico has relied on emerging young players with a mix of some key program veterans, which has helped the squad overcome injuries to two experienced starters down the stretch, losing a top defender and main scoring contributor.

Sophomore Grace O’Gorman has led the way as one of Section 3’s top producers, tallying 13 goals to go with four assists. She finished with a goal and an assist as a rising freshman last season.

Junior goalie Briana Urquhart has stopped 65 of 74 shots on goal for a save percentage of .878.

Like all teams around the area, Mexico had little chance to collectively prepare for their breakthrough campaign due to COVID-19 limiting gatherings and preventing organized team workouts dating back to March.

“I think we’re all working really hard because usually we would have played indoor (last winter or spring), getting together through the summer at least two times a week, and we really haven’t had that,” said fourth-year senior, Anna Bigelow. “It just shows that we’re really determined, we knew coming into it that we were going to have to work extra hard to be one of the best.”

Charles and the younger players for the Tigers are happy to send their five seniors out with a strong season and will enter next fall looking to continue building momentum within the program.

Mexico is expected to return with its top three goal producers and battle-tested goalie back in tow, with the hope that league, Section 3, and state championship events are back on the schedule following the reduced slate this season due to COVID-19.

“I had no expectations coming in,” Charles said. “I had none because I’ve had high hopes before and they get shot down. This year, we kind of said, we will take what we can get and go for as long as we can, and it’s worked really well with this group of girls.”