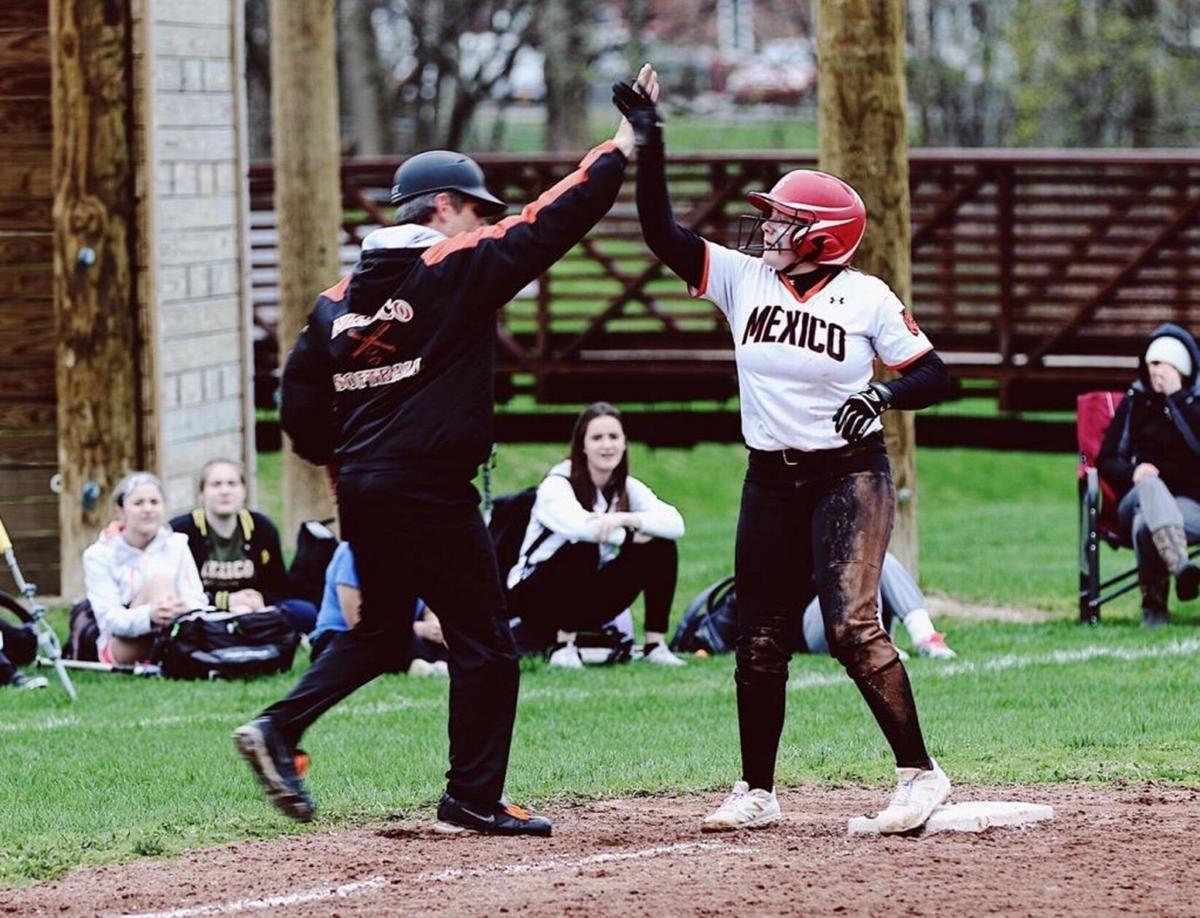 Kendall Cuyler, right, high-fives her Mexico varsity softball coach following a successful slide into third-base during a game in her freshman season of 2019. Provided photo. 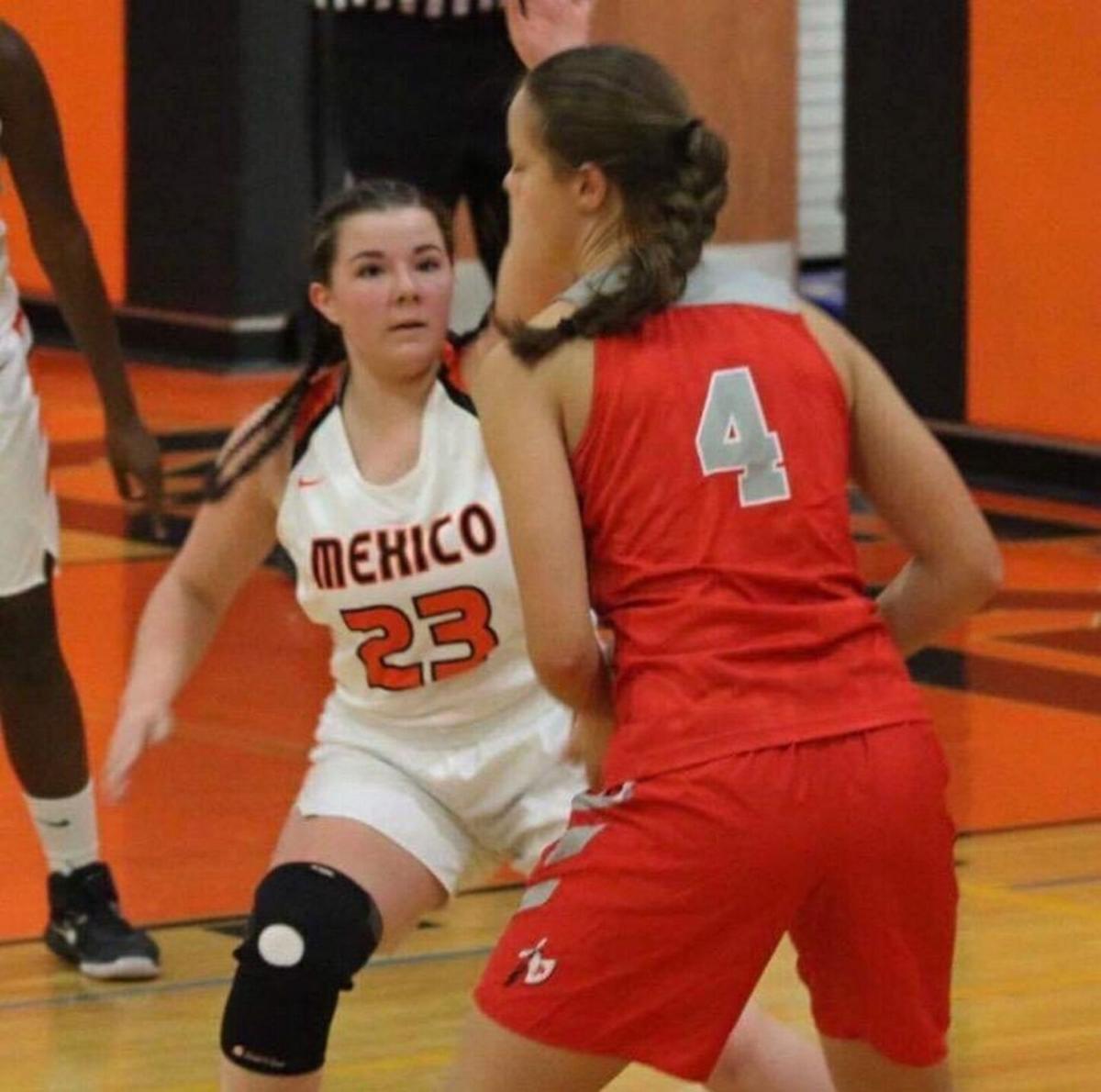 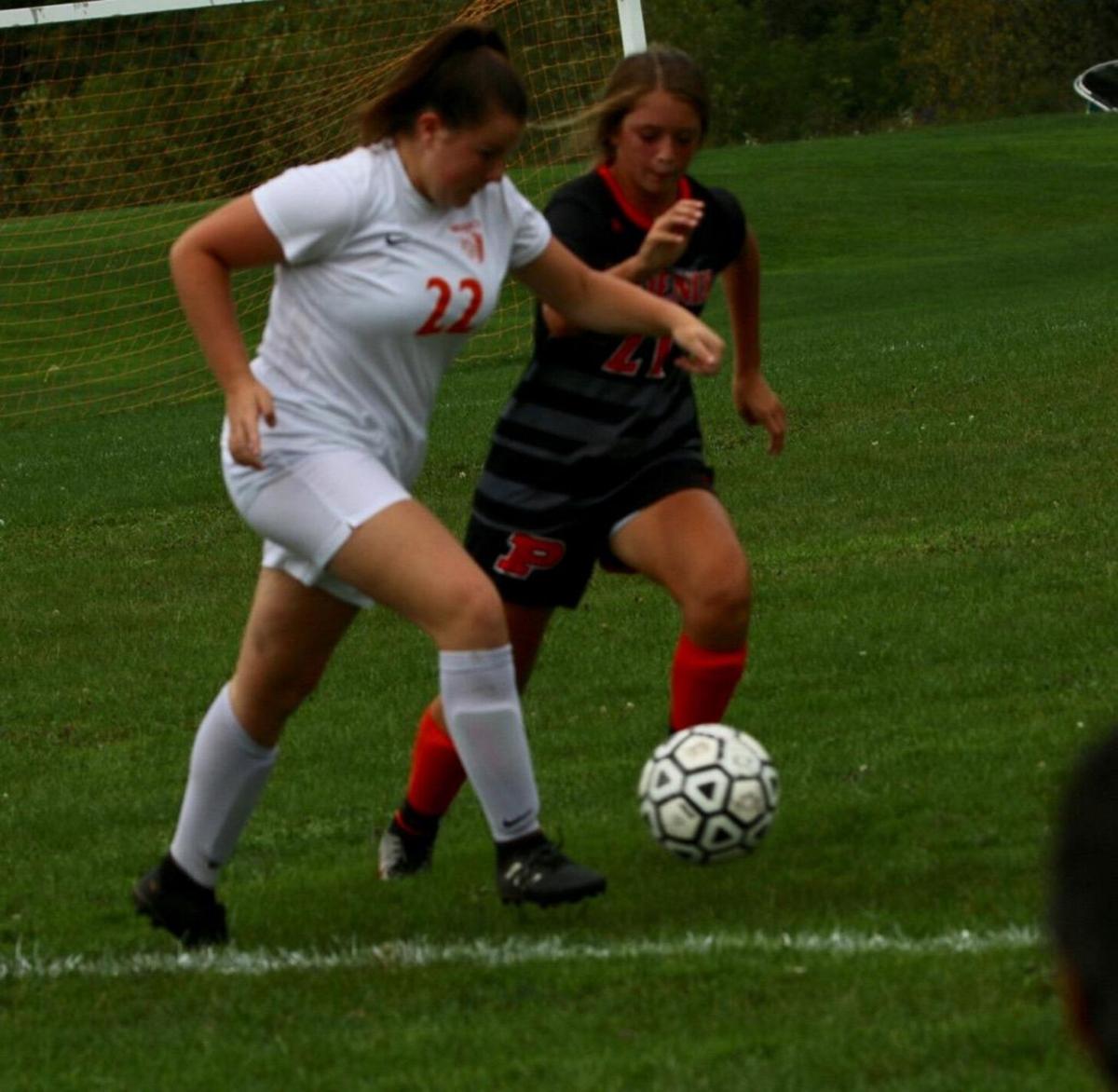 Kendall Cuyler, right, high-fives her Mexico varsity softball coach following a successful slide into third-base during a game in her freshman season of 2019. Provided photo.

MEXICO — Kendall Cuyler has experience fighting for her fair chance to compete in high school sports and is now ready to take up the cause on behalf of her peers in Section 3.

The junior-to-be at Mexico Academy and Central School was recently selected as the Section 3 representative for the New York State Public High School Athletic Association student-athlete advisory committee, which was developed to give athletes a voice within the state governing body for high school sports.

The three-sport varsity competitor for the Tigers is one of 22 student-athletes in the state selected through an application process to serve on the committee — consisting of one male and one female representative from each section — and said that she was mainly inspired as a way to advocate for high school sports involvement during the COVID-19 pandemic.

“I want to make sure that this year there are opportunities to be a student-athlete and not just students,” Cuyler said. “I want kids that go to school and use sports as their break, or their reward at the end of the day, I wanted to make sure that hopefully that’s a possibility this year, and at least get my voice out there to help everyone in Section 3.”

Cuyler transferred to Mexico from the Hannibal district one week into her freshman year and was forced to sit out the remainder of that soccer season to comply with state transfer rules. She opted to join the swimming team on a whim to fill their diving vacancy that fall with no prior experience and finished just 16 points shy of qualifying for the Section 3 championships.

Cuyler then applied for a waiver of state transfer rules in order to play varsity basketball and softball her freshman year, and successfully presented her case to a host of athletic directors in the section to gain immediate eligibility after proving her transfer was not based on athletics.

Cuyler has since become a force for all seasons with the Tigers and has especially excelled in her preferred sport of softball. She was named to the Onondaga High School Liberty American League All-Star First Team as a freshman in 2019 and was anticipating a strong follow-up campaign this past spring before the season was canceled amid the pandemic.

Cuyler is aiming to channel that same energy in her new role with the advisory committee in hopes to provide all students with opportunities to shine on the field this upcoming school year, and said that she was honored to be selected to the leadership position.

“I’ve learned from a young age that the leadership role is a high pedestal to be on and it’s an honor, and you take that honor and you definitely can’t mistreat it,” Cuyler said. “It’s an incredible feeling, really, to be a part of something that could impact so many people and could make so much change, and especially something I’m so passionate about. Sports have been a part of my life forever.”

Cuyler expressed her lifelong passion for sports and the role it has played in her life and school experience through a written essay as part of the committee’s application process.

She also described why she would be a good fit for the role and gained the recommendation of Mexico athletic director Andrew Gates and the district administration along with three other references.

Cuyler credited Gates for his assistance in the process and for his initial efforts in her transfer waiver case, stating that he made a sports existence at Mexico possible for her.

After addressing sports concerns related to COVID-19, the Mexico standout hopes to discuss with the committee ways that school districts can help balance the burdens of academic and athletic demands in order to encourage more students to try different sports with minimal added stress.

“I think it is a huge honor for Kendall to represent our district on the student-athlete advisory committee,” Gates said. “She is a true student-athlete, who works as hard in the classroom as she does on her athletics. We are all very proud of her selection for this position and we look forward to her bringing ideas for her fellow student-athletes to Mexico.”

Cuyler is grateful for the increasingly rare opportunity to play travel softball this summer with the Rochester-based team called UNY Revolution. She is in her second season with the squad and has played travel softball since the age of eight.

The UNY Revolution has played tournaments at Pennsylvania and Connecticut in July and was scheduled to play in New Jersey this coming weekend and Binghamton in late August. Each event has been conducted under social-distancing guidelines that have required players to wear masks at certain times and change their approach in unique ways.

“We can’t high-five each other or pump each other up like we’re used to,” Cuyler said. “It’s a strange, strange world, and it’s definitely thrown me out of my groove but we’re adjusting as we go.”

Cuyler — the daughter of Jeff and Marlow Cuyler — also participates in Mock Trial, Stem Club, and is a member of the district’s National Spanish Honor Society.

Cuyler is hoping for the chance to produce two more strong years for the Tigers in each of varsity soccer, basketball, and softball. She then plans to start her career studies in architectural engineering or landscape architecture at a junior college while pursuing a collegiate softball career and hopes to eventually study abroad in Australia.