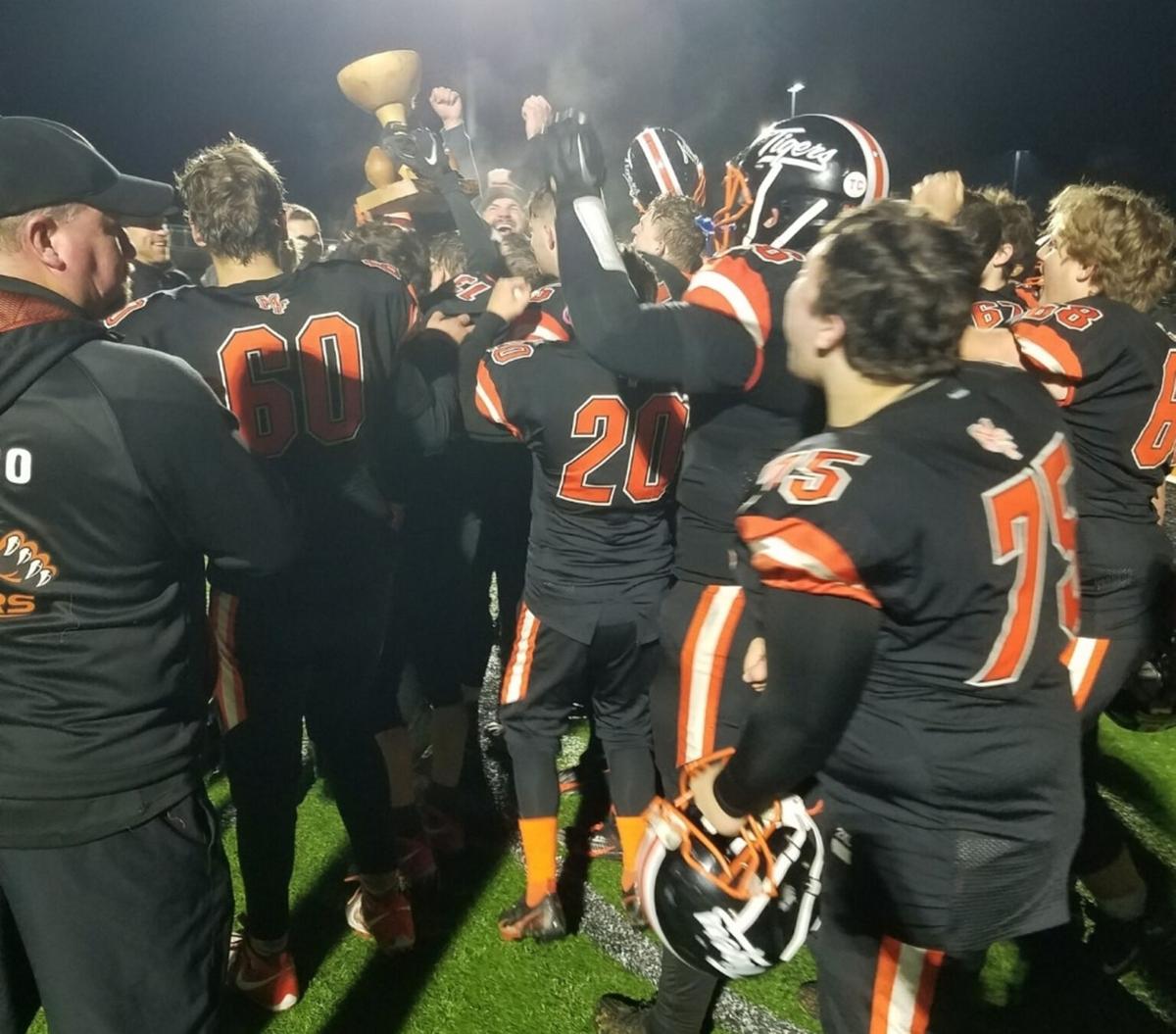 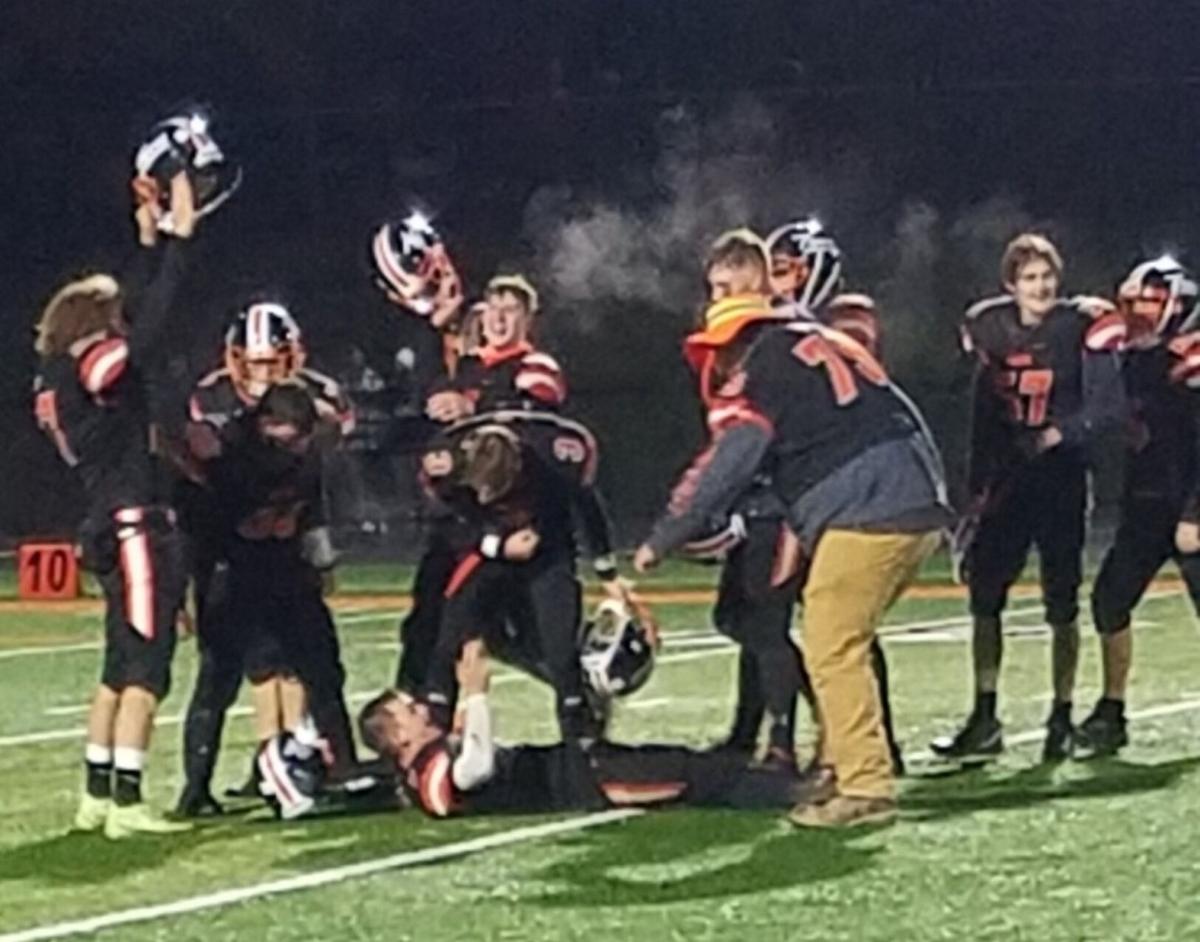 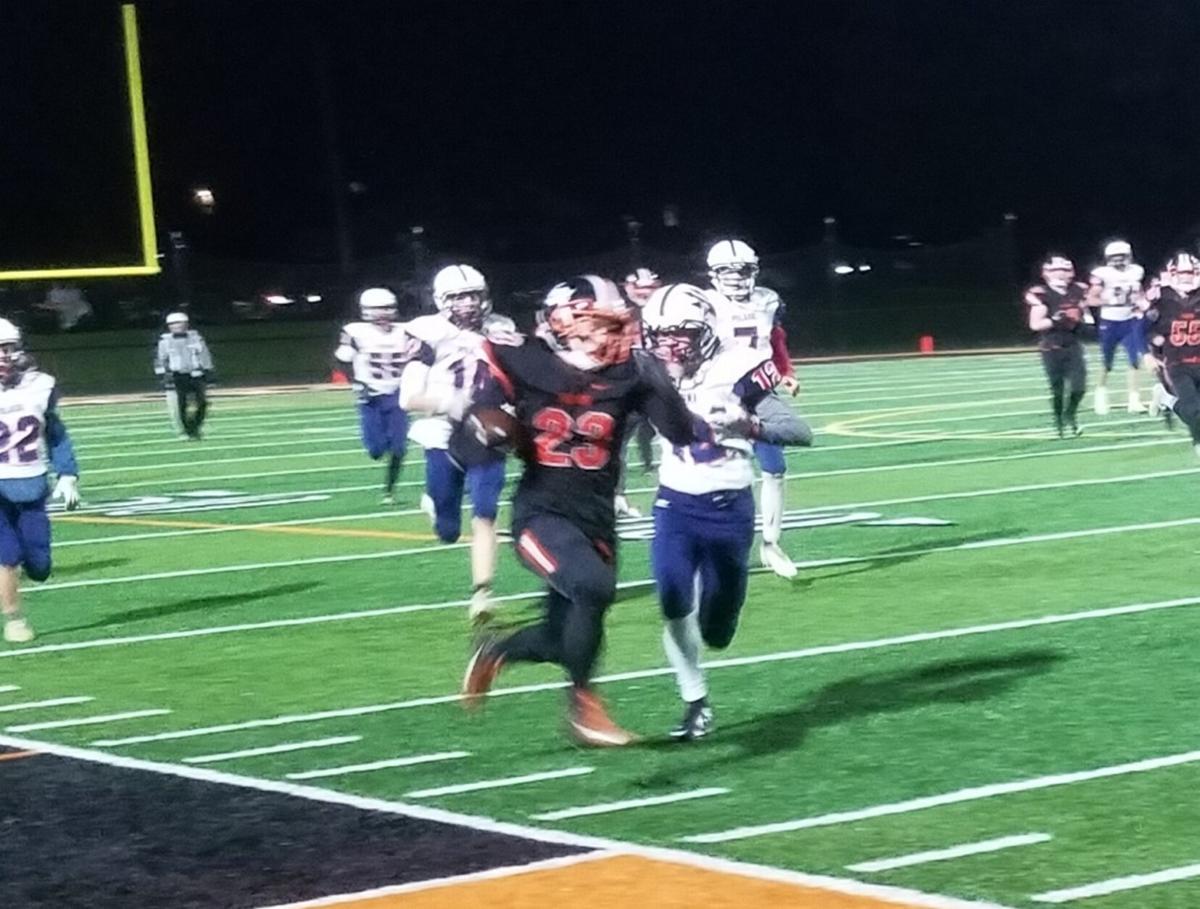 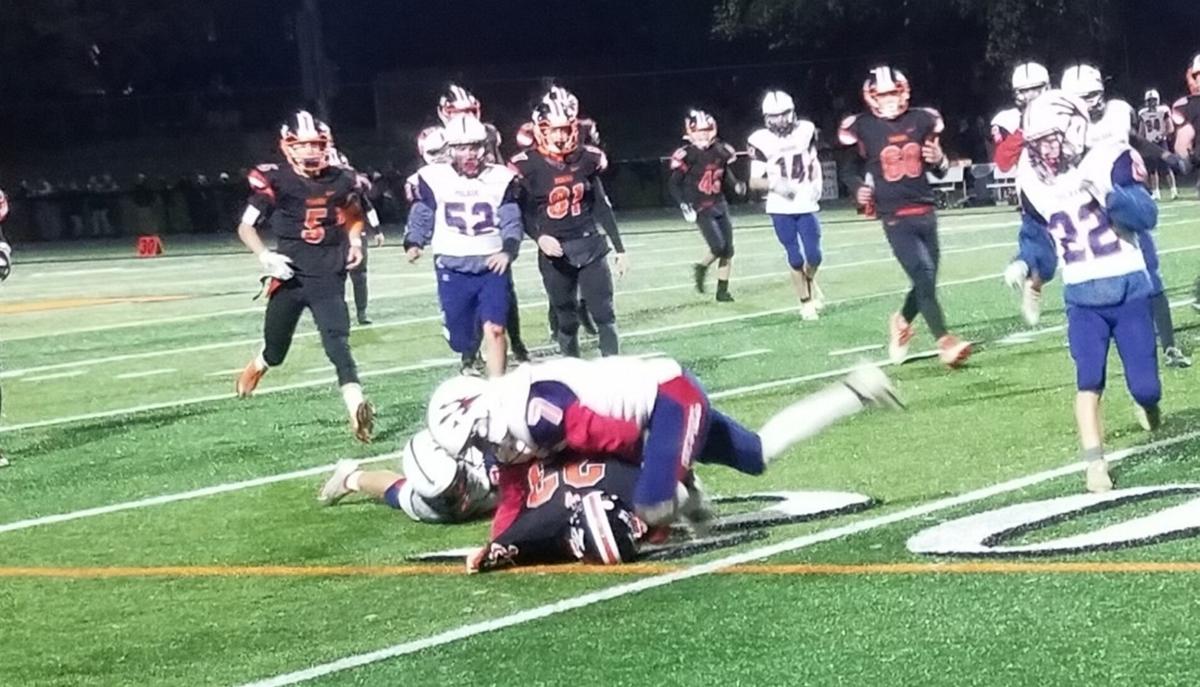 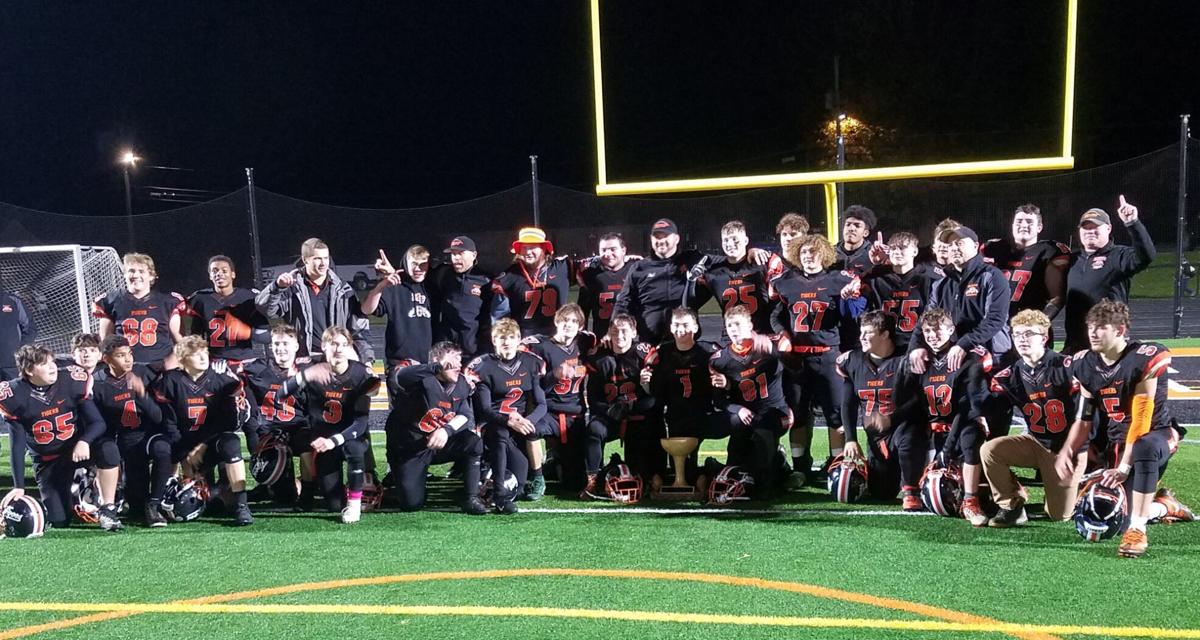 MEXICO — Mark Hoadley and Ethan West are among the Mexico High School varsity football seniors that ended their careers as champions to cap off their work in rebuilding the proud program.

The Tigers (7-1 overall, 7-0 league) won their 12th straight game against a league opponent to complete their second straight unbeaten campaign within the division.

“There was a lot of work put into the season, and here we finally get to see it, and it’s just awesome being here,” Hoadley said afterward. “This is the first one for Mexico, I’m proud to say that we’re the group of guys that led it, and I wouldn’t have wanted to do it with anybody else.”

The Section 3 division expanded to 10 teams this season and the top four advanced to playoffs.

Mexico coach Tee Murabito described the achievement as a fitting reward for the veteran players that endured back-to-back winless seasons in 2018 and 2019 as members of the Class B East Division.

“We had some down years with some of these kids that were freshman and 10th-graders playing with us then, and now they’re 11th and 12th-graders and they’re reaping the benefits of their hard work,” Murabito said. “I couldn’t be more proud of them. … I’m just so happy for the players, and so happy they made these memories that they will take with them forever.”

Hoadley scored on three touchdown runs to lead the Tigers to the title, including a timely 7-yard score with 10 minutes and 26 seconds left in the fourth quarter to extend their advantage to 18-7.

Pulaski senior Trevor Cole broke free for a 67-yard touchdown run on the previous possession to cut the Mexico edge to 12-7, but the Blue Devils (5-2) were unable to score again after the quick response by the Tigers.

Mexico led 6-0 at halftime and recovered a failed onside kick attempt by Pulaski to open the second half.

The Tigers then produced a 52-yard scoring drive that lasted seven minutes, culminating with a 22-yard TD pass from West to junior Hunter Lasinski to push their lead to 12-0.

“Momentum is very big, if we didn’t come back and score there, it could have shifted the momentum and swung the score even,” West said. “It was very good that we got in and locked it up with a pass to go up two scores and eventually got the ‘W’ for the community.”

Hoadley added: “It was huge and that just led the momentum for the rest of the game. Everyone was fired up and when everybody is fired up, things start clicking and good things happen.”

The Mexico defense took a shutout into halftime and forced a pair of turnovers, helping to overcome the offense losing two fumbles inside the opponent’s five-yard line for a pair of empty red-zone drives.

Hoadley broke loose for a 59-yard TD run with 9:59 left in the second quarter to put Mexico ahead, 6-0, which stayed as the halftime score.

“That inflates their mentality and that deflates us, so we had to overcome that, and that’s something we hadn’t done all year, we’d get inside the 10 and punch it in, this was some new adversity to us,” Murabito said of the early lost fumbles. “For us to score, we took back the momentum, it was so important.”

Hoadley scored on a 30-yard run with 40 seconds left in the game to provide the exclamation point.

Players began to celebrate after going through postgame handshakes and were presented the trophy by coaches while huddled in the end zone afterward.

Hoadley was the first to hoist it and his teammates all swarmed around to get a touch.

“There’s just a lot of love for this team right now,” West said. “We came together for the end of this season, and we worked hard all four quarters and got the goal done. We feel more than ecstatic about what we did, win or go home with our community here, we’re going to celebrate this and hopefully we set a milestone for the Mexico program.”