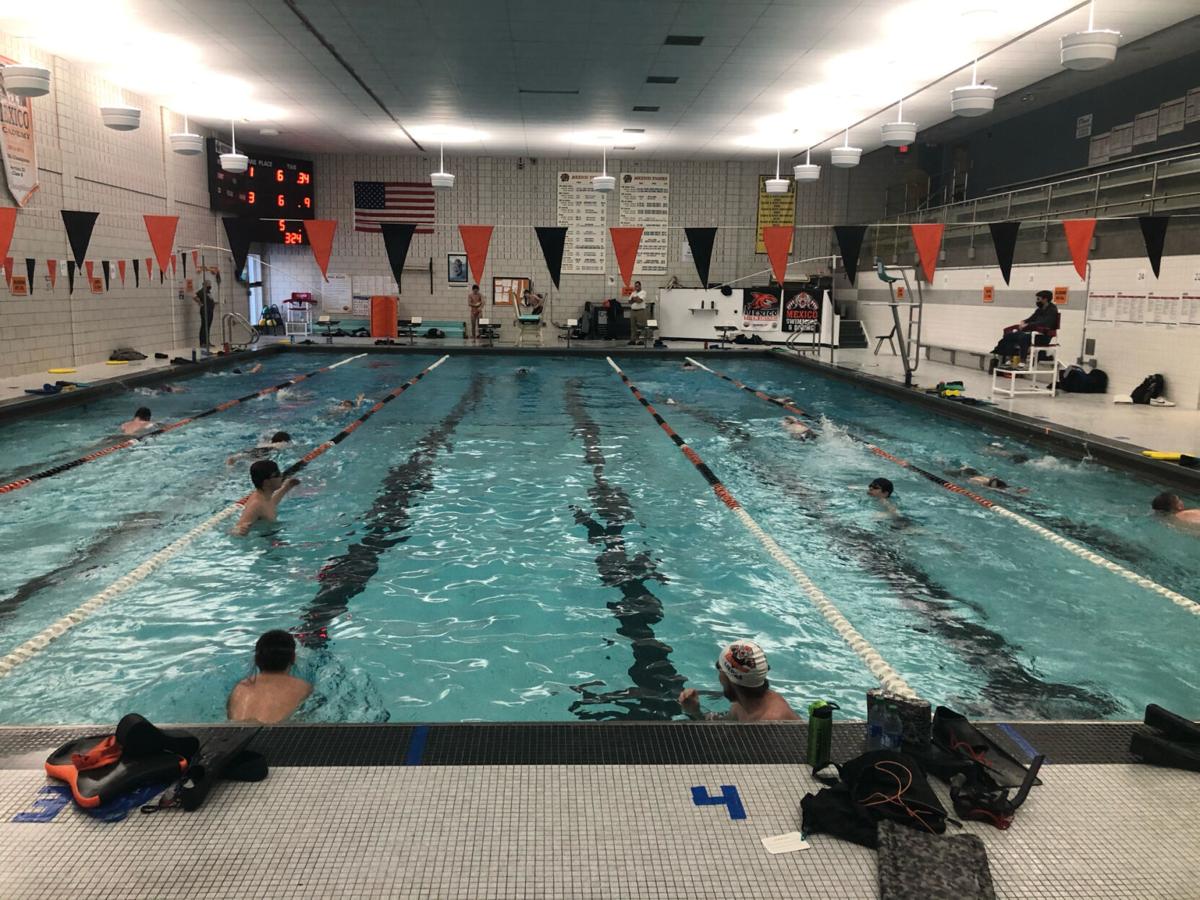 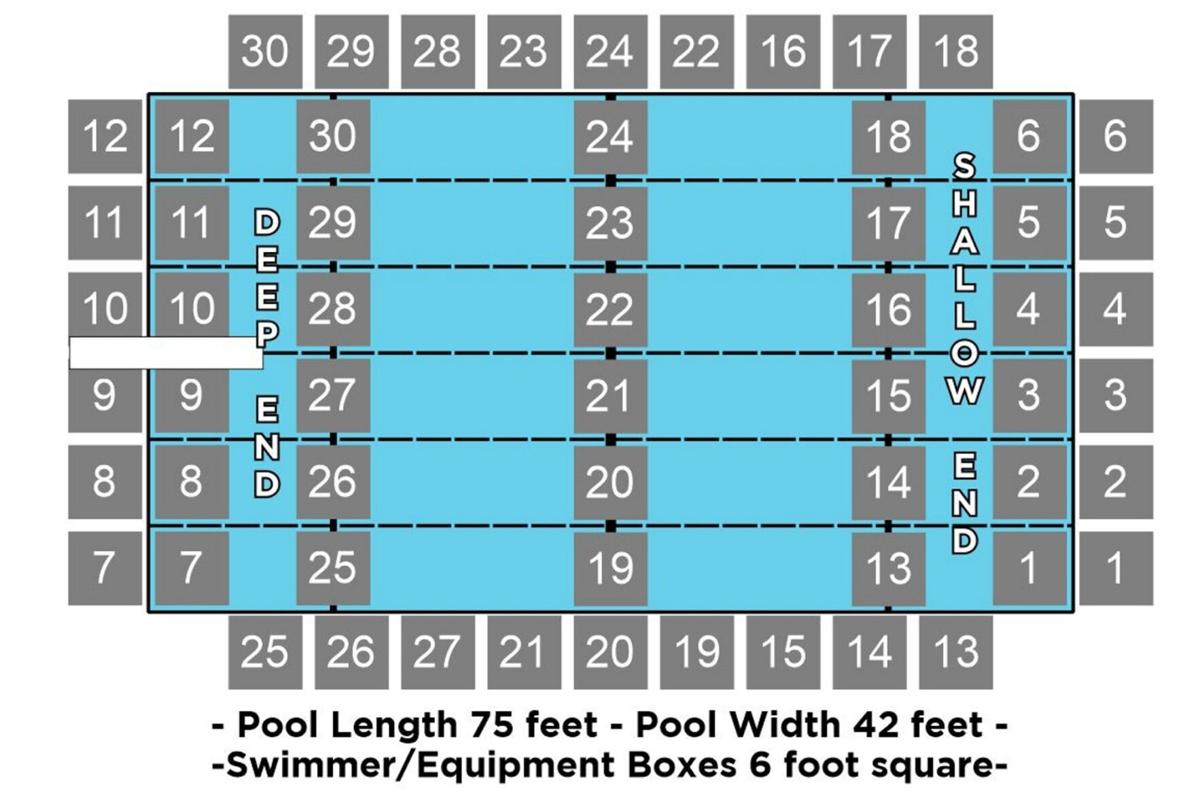 MEXICO — The Mexico varsity boys swim team recently started practice in an unprecedented environment, but the typical drive and desire to improve on the precipice of a new season was palpable as ever.

The Tigers are one of the few Oswego County high school sports teams given the green light to open practice Dec. 14, joining the Pulaski co-ed swim team. Several other area districts, such as Oswego, Central Square, and Altmar-Parish-Williamstown, plan to offer other low-risk sports but were each on a temporary pause entering the holiday break due to COVID-19 concerns.

The state announced a delay to winter sports deemed as high-risk for spreading coronavirus — basketball, wrestling, hockey, and volleyball — indefinitely on Dec. 11 until given approval from state health officials.

Mexico’s expanded and young swim team is aware of its increasingly rare opportunity to compete amid the COVID-19 pandemic and expressed gratitude to be back in the pool.

“Everybody I talk to on the team has basically said: ‘I’m finally doing what I like to do now,’” said Kian Long, one of three junior captains and a returning state diving qualifier. “I did my first approach and it definitely felt better to be diving than to be sitting in my house doing nothing.”

Shawn Parkhurst, a 2009 Mexico graduate entering his seventh season as varsity boys head swim coach, is sporting the largest roster of his tenure at 26 swimmers.

The group includes a few athletes from other sports that are indefinitely postponed. There are also no seniors and just nine juniors on the squad that went 3-3 in dual meets last season and crowned a Section 3 champion — returning junior Tyler Warner in the backstroke — to go with Long as a state qualifier.

“It’s really nice that we’re not losing anyone (to graduation) because we can keep going with where we leave off this season and carry on from there,” Long said.

The first week of practice was like a new start for even the most seasoned swimmers in the program, shaking off the rust of a long layoff while adjusting to a series of new protocol in place for COVID-19.

Parkhurst, who also serves as the district’s pool coordinator, created a unique plan in accordance with state guidance to allow for maximum efficiency of utilizing pool space and training time.

He designed boxes separated by six feet outside of the pool deck where swimmers go to suit up and stretch to begin practice. All are required to wear masks outside of the water.

Once inside the pool, team members are again placed in designated areas spaced apart by distances of six feet to begin their workouts and are required to maintain that distance as they perform their routines. This allows for a maximum of 30 athletes to fit safely and in accordance with state regulations across six lanes in the 74-foot long by 42-feet wide pool.

The designated starting areas are labeled to easily identify and the team recently installed hooks throughout the surrounding area to keep masks off the damp pool deck. Swimmers are also required to pass a temperature check and answer a COVID-related questionnaire each time they enter the building.

“I’ve been swimming for eight years and I’ve always been next to my teammates, joking and splashing with my teammates, because we all like to have fun and enjoy it,” said junior captain, Tyler Warner. “It’s definitely different from the normal swim year but it’s what we got to do, it’s the only way we’re going to get through it.”

Entering the holiday break, Mexico was scheduled to open the season on Jan. 8 against Syracuse City at the Nottingham High School pool. The team was still mulling between the options of conducting traditional in-person meets or virtual competitions but is likely to hold a mix of both.

Parkhurst planned to conduct regular meets as a rule but adjust to a virtual outing when facing teams located in the orange or red areas of the state’s COVID-19 micro-cluster zones.

For virtual meets, league officials would attend each pool and events would be held simultaneously. Officials would enter times from each location into a merged file in the league scoring system. For in-person meets this year, masks and social distancing is required around the facility and traveling teams are limited to 22 total combined swimmers and coaches.

Each pool will have at least one lane closed off in the middle and each team will stay on its assigned side of the pool throughout.

“We’ve got some competitive dual meets that are on the schedule right now, and I look forward to seeing the kids have the opportunity to compete again, I think they have been missing that,” Parkhurst said.

“Our guys, I know have been ready to get back in as soon as we got shut down in March,” he added. “They really, really missed it. … High school boys sometimes are difficult with rules and following them to a tee, but I think they are so appreciative to get back that this COVID guidance and the hoops that we have to jump through, they’re doing such a great job with it because I think they understand, one, that it can be taken away in a heartbeat like it was, and they’re appreciative to have it back.”

Swimmers will be unable to gather close for celebration during meets and no fans will be present for home meets at Mexico, though live streaming will be made available. Parkhurst said the balcony seating usually reserved for spectators will be used to help space participants.

Other overlooked traditions, like stopping to eat at Wegman’s after road meets, will also be missed by returning Tigers swimmers.

“I was kind of shocked when we were approved to swim again because I think all of us were expecting to be locked in the house for another, however many months, six months, so it was really exciting when we got to hear that we would be able to actually do something,” said Ryan Liedka, one of three junior captains and returning fifth-year swimmers, along with Long and Warner.

“When I look around, everybody looks really happy to be there and excited to just be back,” he added.

The Tigers are scheduled for seven regular-season meets with potential for a league postseason clash.

“We have a very strong team, very good depth, and a good sense of urgency where they want to put in the effort to win and be better,” Warner said. “They don’t want to just go through the motions.”