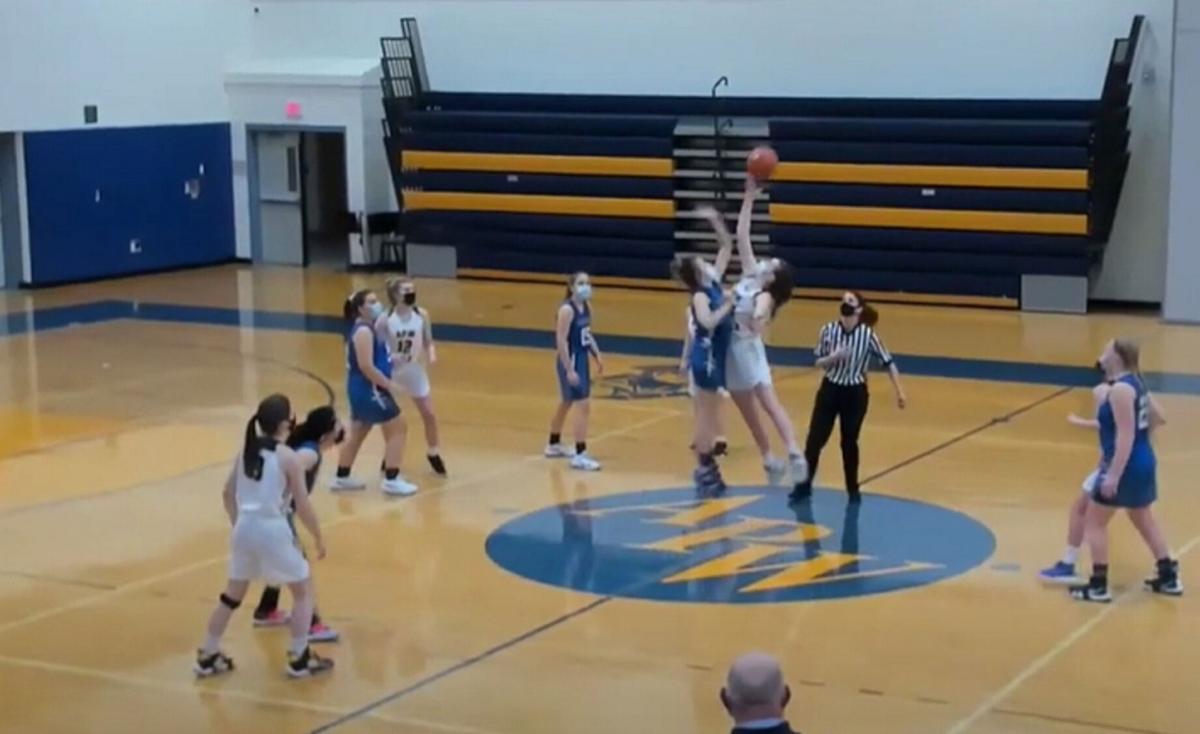 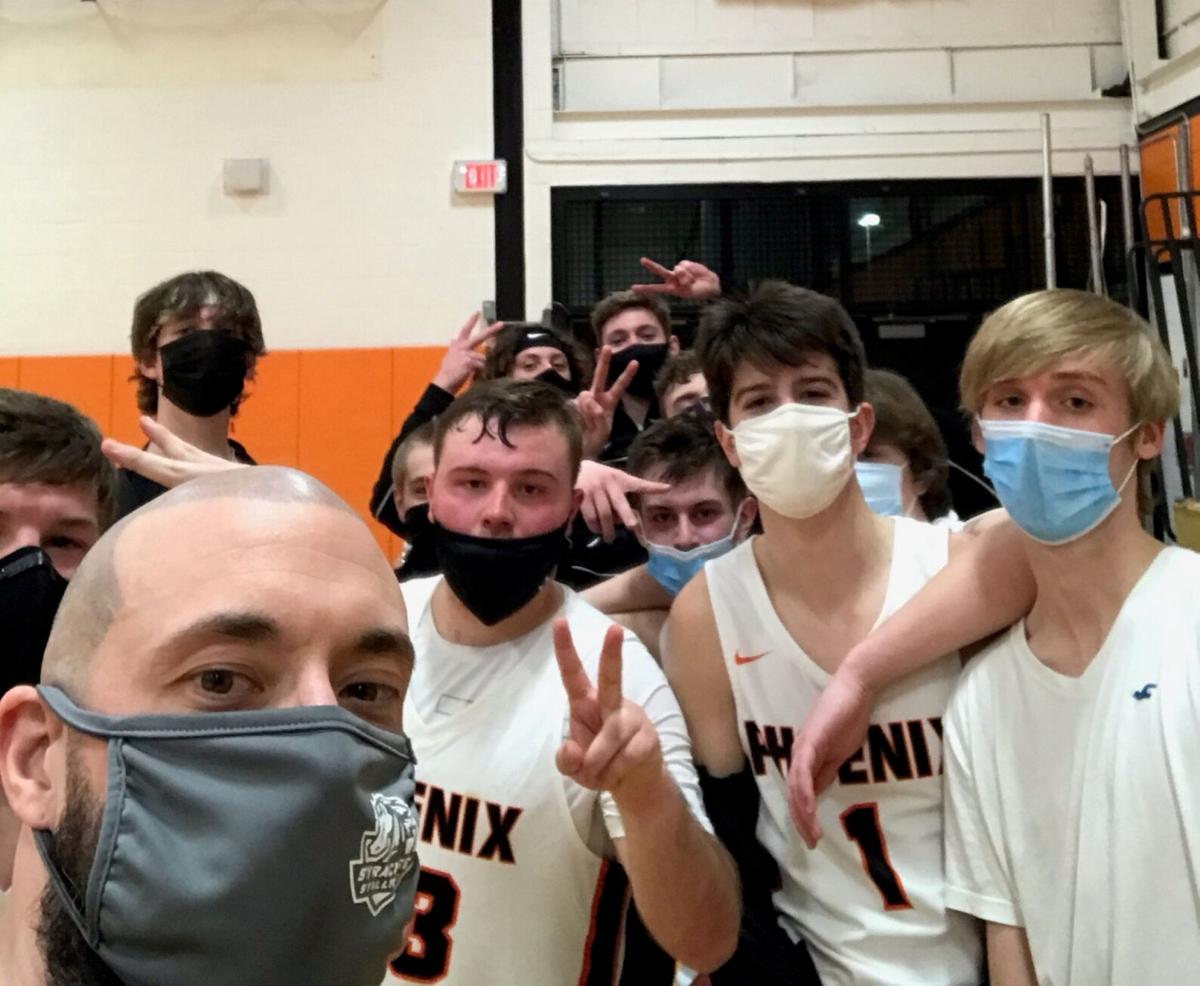 OSWEGO — The general feeling within Oswego County high school basketball programs has elevated from relief to pure joy over the past week.

Several area varsity basketball teams played the first game of their respective seasons last weekend, ending months of angst regarding their playing fate and tipping off a year that will be long remembered for a variety of reasons.

The Phoenix boys and Altmar-Parish-Williamstown girls each matched their win total from last season to highlight the opening weekend, while the Pulaski and APW boys teams also got started along with the Central Square and Sandy Creek boys and girls squads.

All other area teams were set to begin throughout the week and the condensed campaigns will end by mid-March with no Section 3 or state postseason tournaments.

“I’m a senior so I’ve been looking forward to this season for a long time, so I’m just very glad to be out there,” said A-P-W senior guard, Katie Trumble.

Games are being played without spectators in the county but being livestreamed with links provided on school websites. Teams are also facing mostly all regional opponents as opposed to traditional league foes that may reside in a different county.

Players are required to wear masks throughout events played in the county — regular official timeouts for mask breaks have been inserted into games — and benches have been spaced apart. During practices, players are barred from gathering to chat in downtimes as they would in the past.

The Firebirds opened their season with a “senior night,” ceremony on Feb. 12 that did not include any fans or parents in the building, and players weren’t allowed to enter the gym to watch the preceding junior varsity game.

“They didn’t let anything bother them,” said Phoenix boys varsity basketball coach, Nick Perioli. “They went out and played, they’re so happy to be back and I’m so happy to be back with them. There are a lot of things that could get in the way, but for the most part, no one is letting anything bother them. They’re showing up and practicing hard, we’re playing hard, and I can’t ask for anything more than that.”

Pulaski boys varsity basketball coach Jordan Fahnestock, whose team contains nine seniors, also credited players from his program and around the area for adjusting to the unique circumstances of the current season.

Many coaches noted that players are more attentive and focused during practices, and the threat of losing the entire season has seemingly added to individual appreciation for the entire process.

Entering the week, multiple games in Section 3 had already postponed due to COVID-19 concerns.

“We’re trying to take it really minute by minute,” Fahnestock said. “We’re not really looking two weeks from now, a day from now, we’re focusing on what’s there in that moment and we’ll take what we can get and roll with the punches and do whatever we need to do.”

Some area players are also aiming to quickly to shake off the rust after being thrust into the season.

The state lifted its indefinite ban on basketball and other high-risk scholastic winter sports on Jan. 22 and practices for some teams started on Feb. 1, less than two weeks before initial games.

Area players and coaches expressed pessimism regarding the potential for a season in early January after several delays and zero positive updates from the state Governor’s office for much of the winter.

Trumble from APW, for example, added college courses to her academic workload this winter anticipating the extra time to get a jump on her future without a basketball season.

“It’s been a little different because these kids haven’t really been doing much physically, so you have to assess how they would handle the grind of a varsity practice straight from the couch, basically, so that was a little bit of a challenge, but I think the kids are just excited to play and be there,” said APW girls varsity basketball coach, Al Wert. “I just preach that we can’t take it for granted, this is an opportunity and a privilege to play.”

The APW girls team opened with a 47-35 victory over Sandy Creek last Friday for a thrilling start after posting a 1-18 record last season.

The Central Square boys and girls teams each opened with a win over Sandy Creek last weekend.

The Phoenix Firebirds opened their season with back-to-back victories over APW and Pulaski last Friday and Saturday, respectively claiming a 53-40 win over the Rebels and a 68-49 victory over the Blue Devils.

They finished just 2-18 last year and are led by a trio of junior standouts aiming to gain experience and development during the shortened season.

“I’m glad to be playing and hope to win as much as possible,” said Phoenix junior tri-captain, John Dion. “It was kind of hard to squeeze everything into the first week, learning the plays and getting our conditioning and all that stuff, but I think we did a good job and we got two wins to start off.”