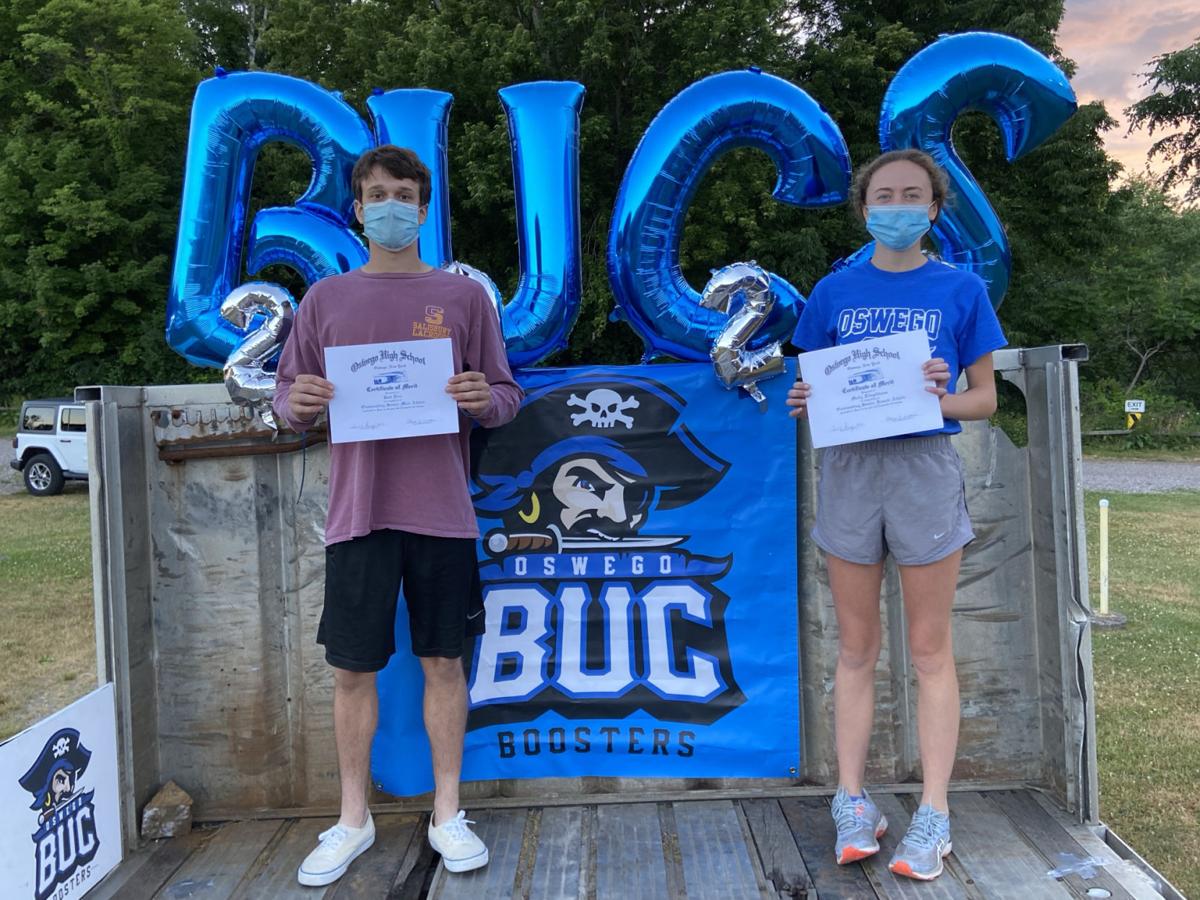 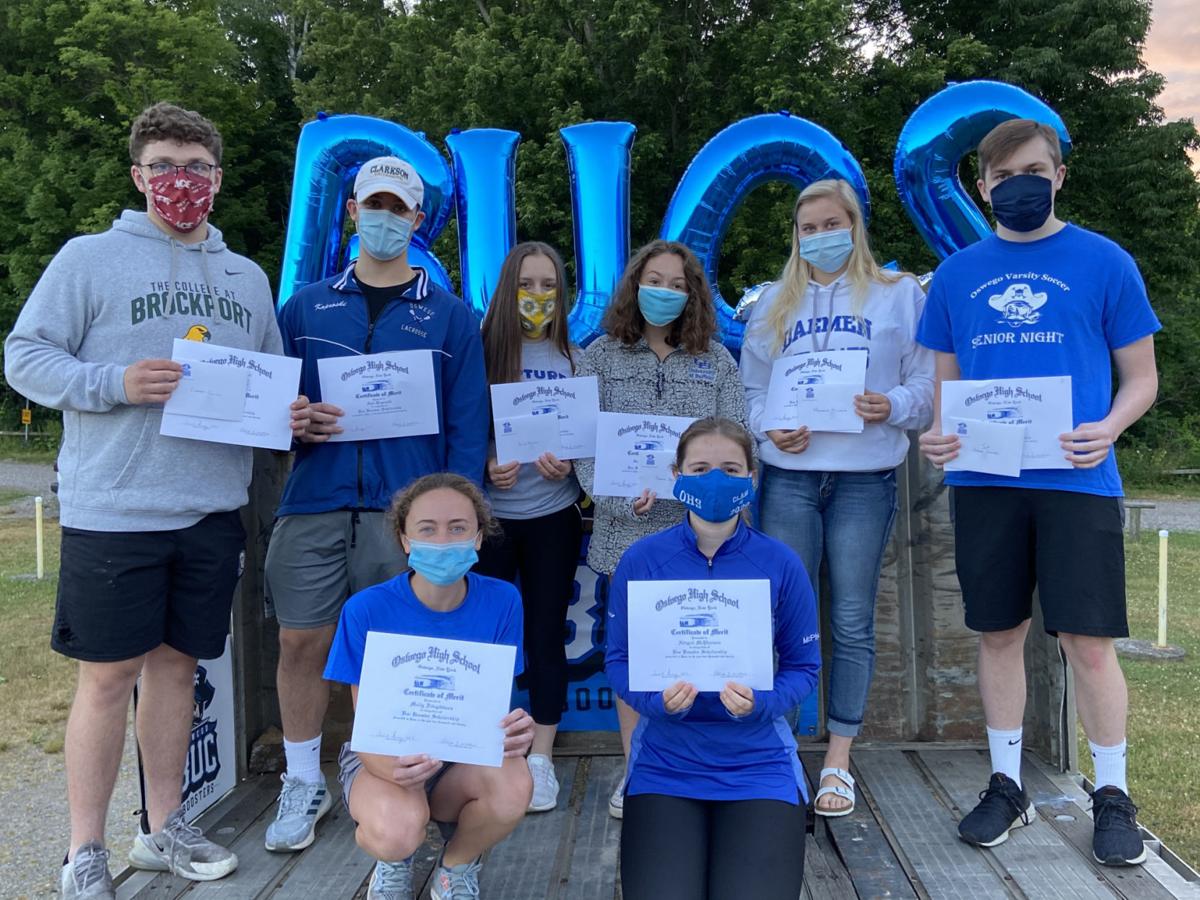 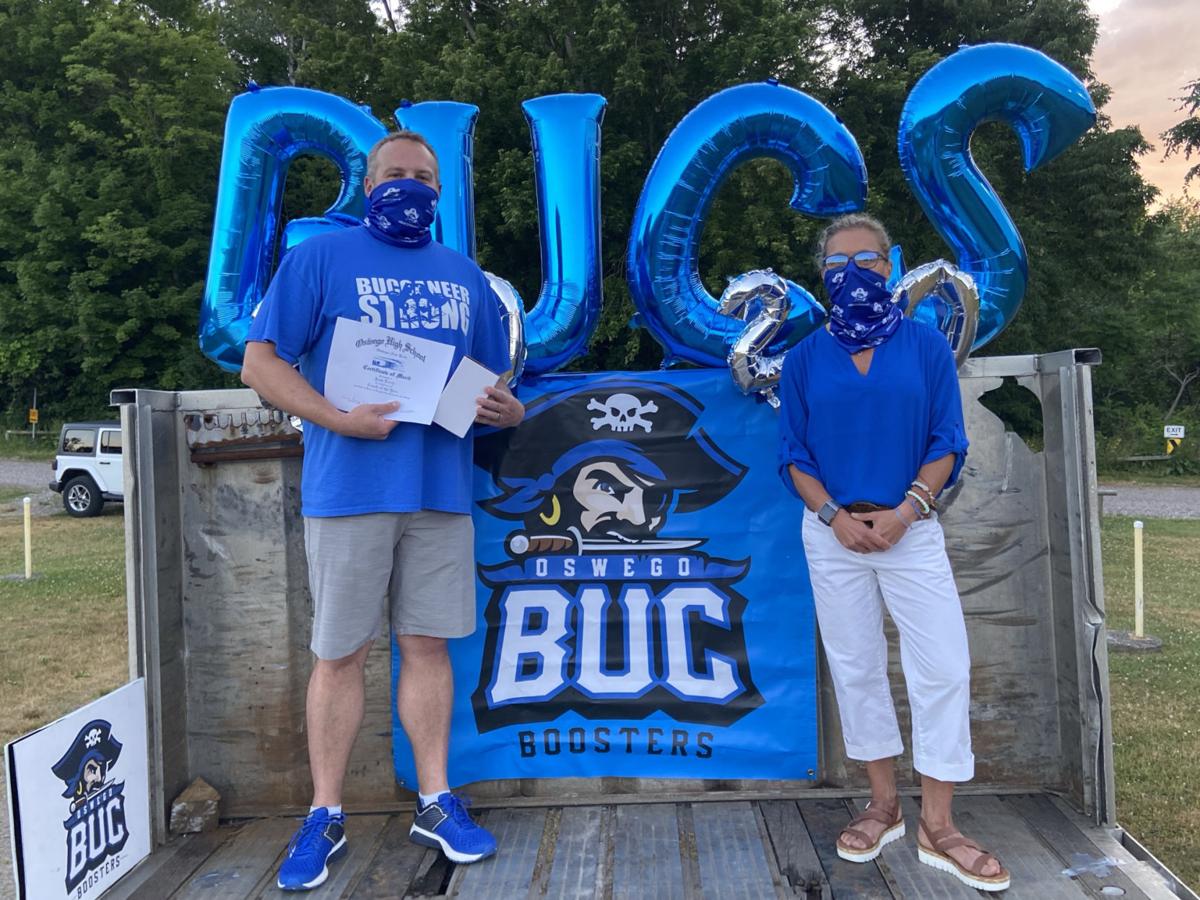 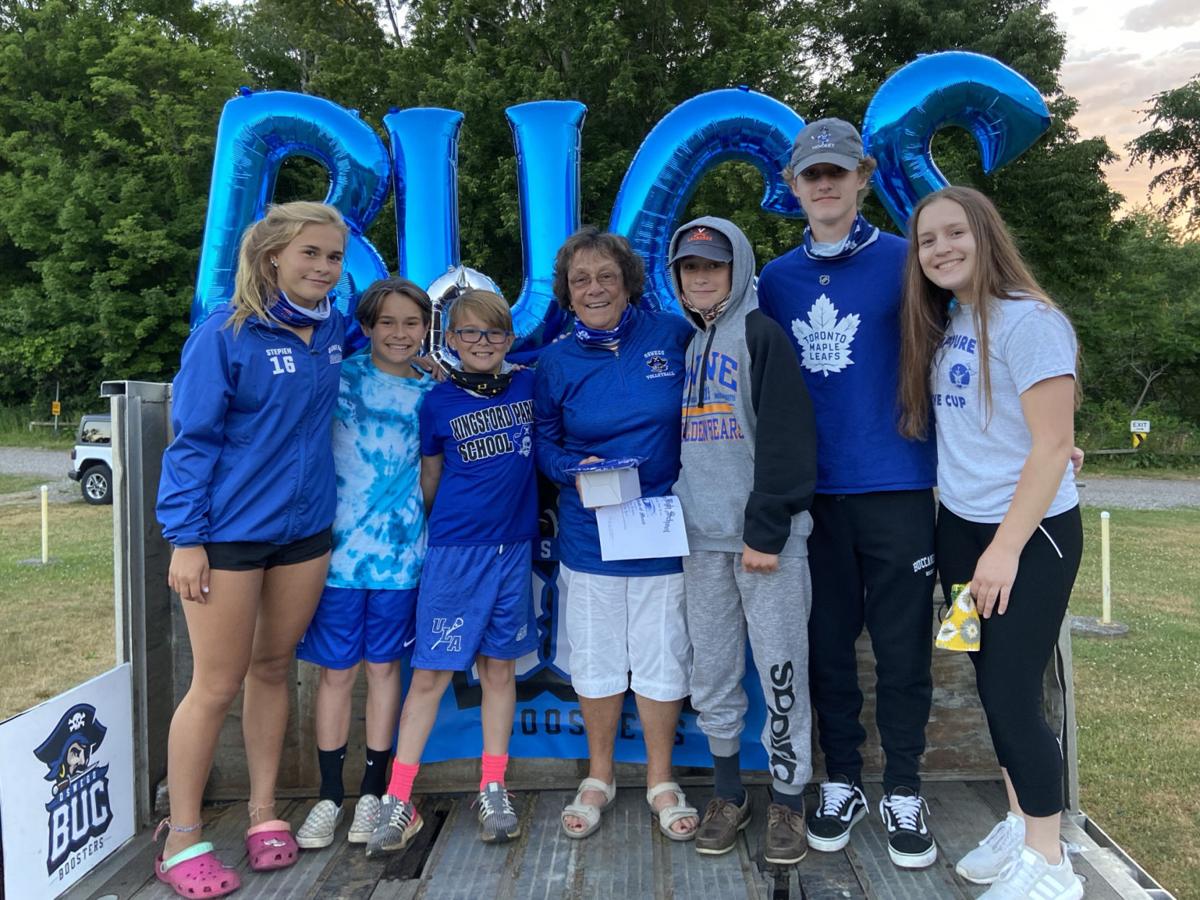 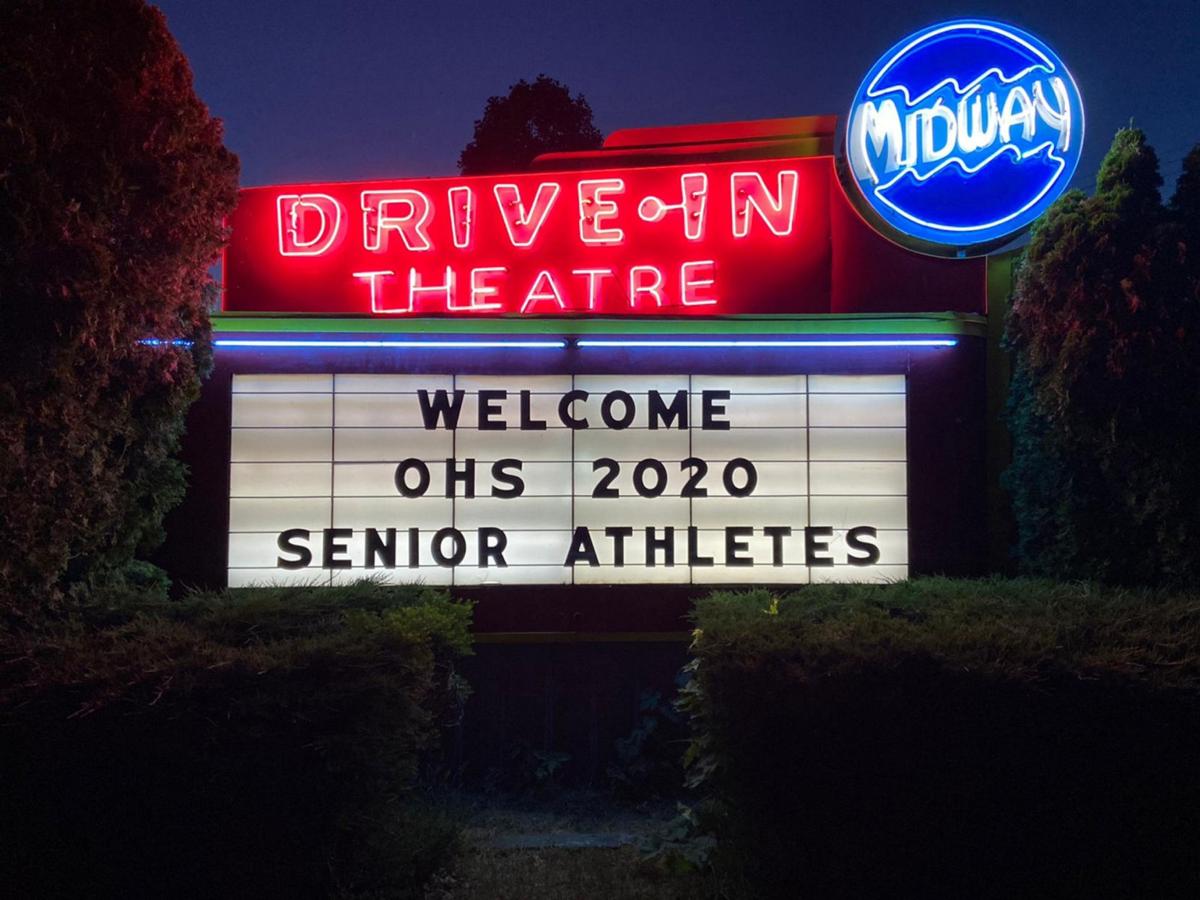 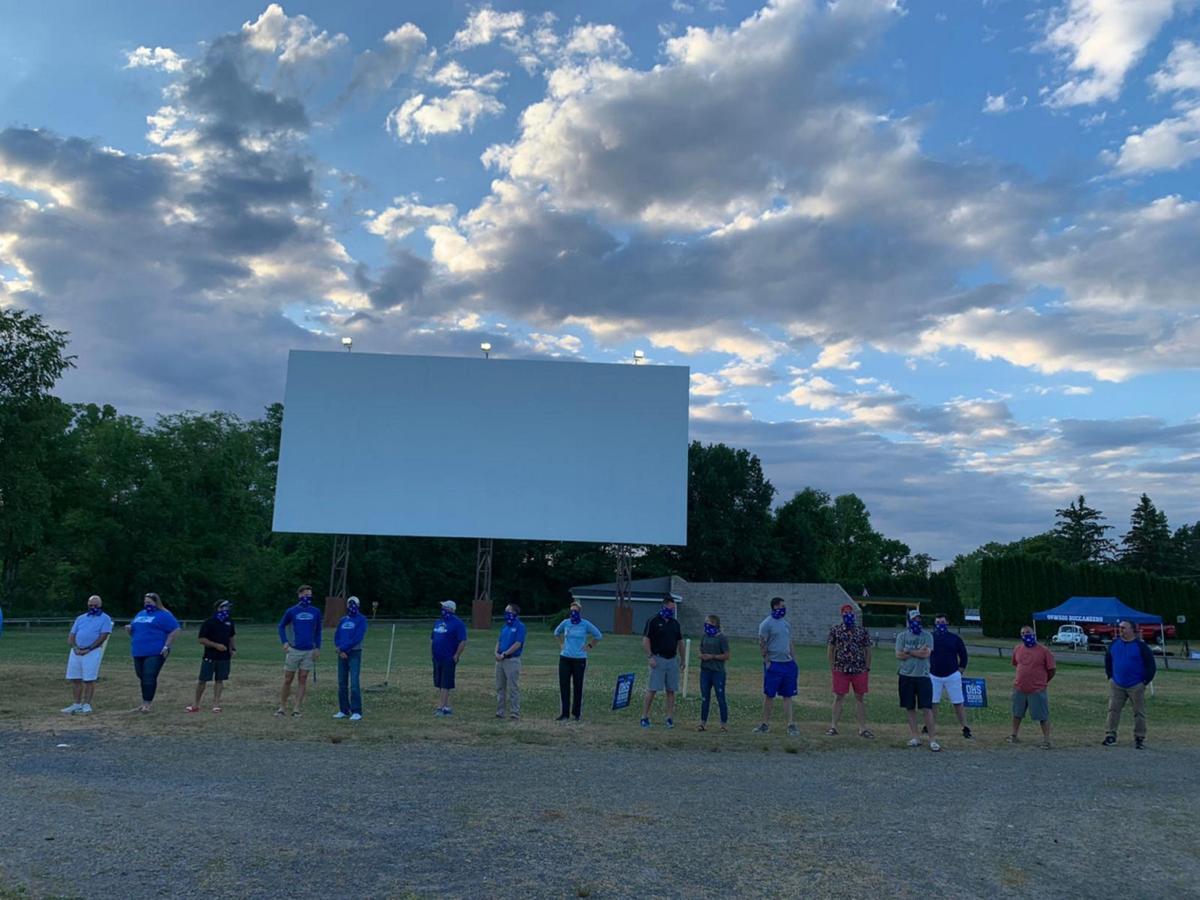 The 17 varsity coaches in attendance stop for a photo at the Buc Boosters athletics banquet June 24 at Midway Drive-Ins. Photo provided by Sean Callen. 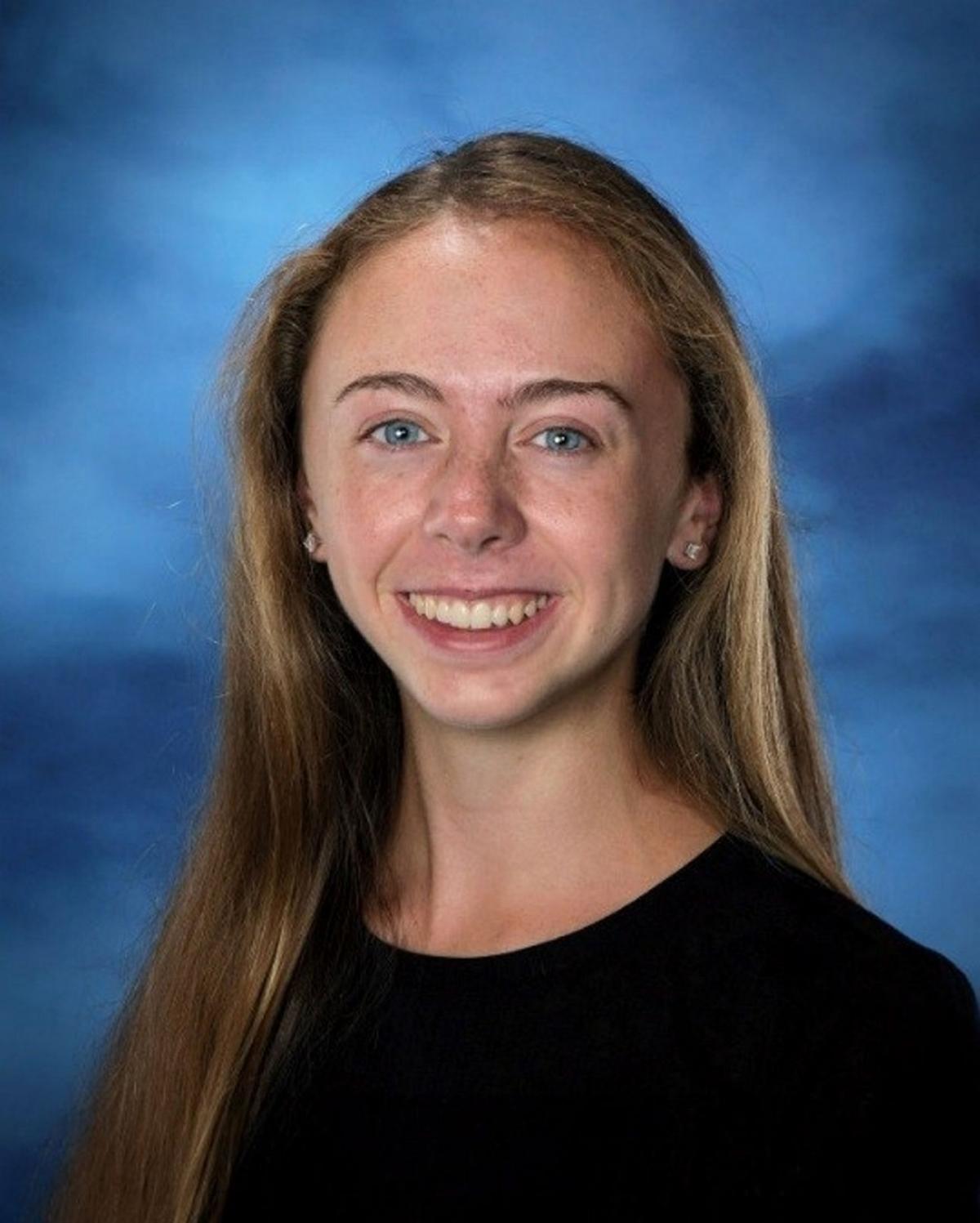 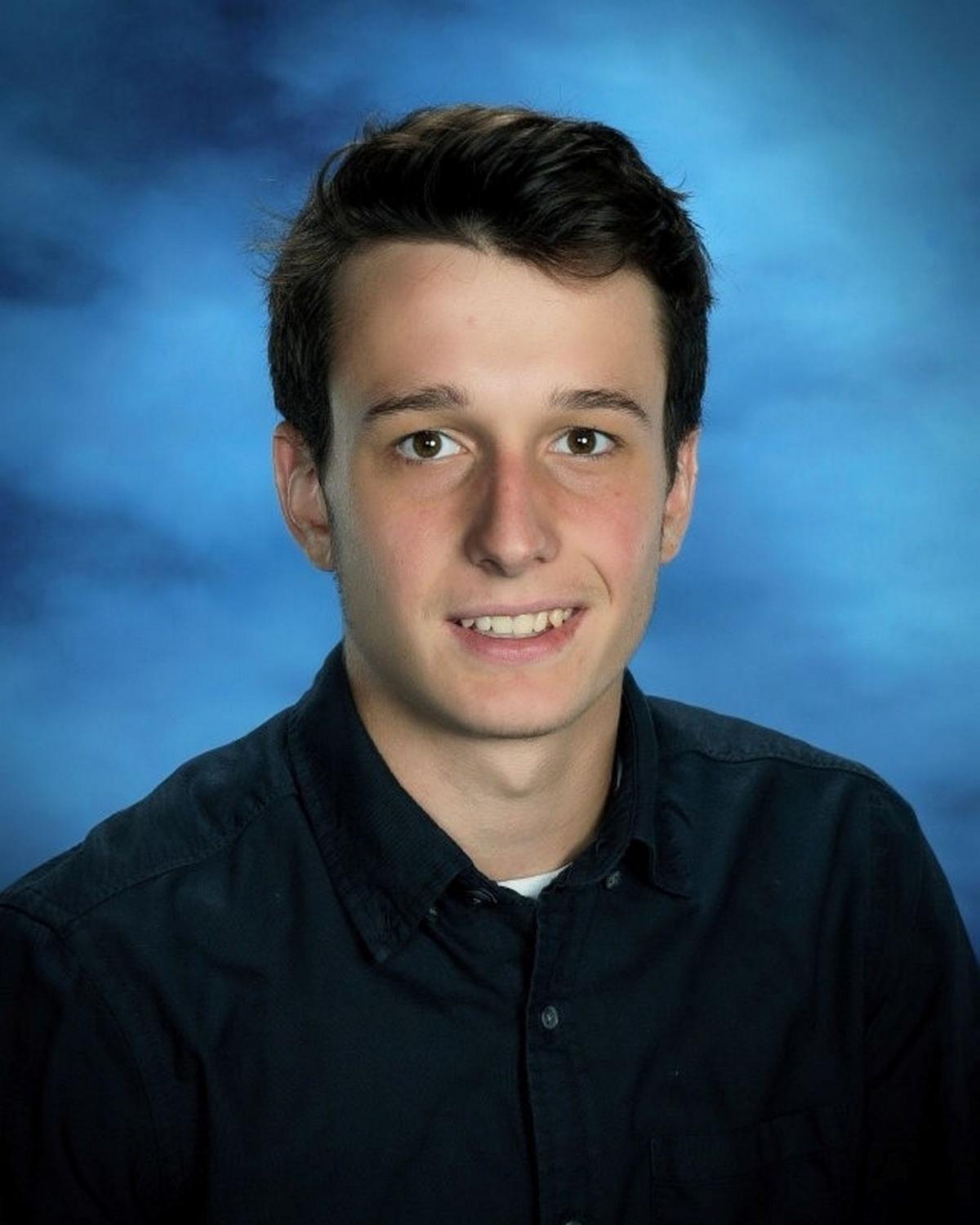 The 17 varsity coaches in attendance stop for a photo at the Buc Boosters athletics banquet June 24 at Midway Drive-Ins. Photo provided by Sean Callen.

OSWEGO — Oswego High School senior athletes were denied the opportunity to script a happy ending to their respective high school careers due to the cancelation of the spring season, but still received a cinematic send-off from the Buc Boosters.

The event was adjusted quickly from the traditional dinner format due to COVID-19 restrictions and organized within a few weeks, resulting in a fun-filled night for area athletes and a likely new tradition for the year-end recognition ceremony.

“I think maybe at least for that night, those seniors were able to forget about all the missed opportunities and just enjoy it,” Buc Boosters president Sean Callen said.

The event was free for all and attended by about 80 of the 97 senior athletes invited, according to Callen, and 17 varsity coaches along with a slew of other students, family and community members.

The club utilized a flatbed trailer for a stage and decorated it with signs, streamers, and balloons, and called up athletes on an individual basis to receive their awards. When one student exited the stage, the next was called up to maintain social distancing during the ceremony.

Music was played as attendees flowed in and the night culminated with a short video played on the big screen from the debut of the “Crow’s Nest,” fan section during a basketball game last year. The booster club hopes to enhance that well-received element into a full one-hour montage of all sports for next season. Each attendee received a free program, water and popcorn.

“I didn’t think we were going to have one at all and then it ended up being super nice,” Oswego senior Molly FitzGibbons said. “We missed out on a lot of other events, so it was nice of them to put something together for us. … I thought they all did a great job and it was very creative.”

The banquet is traditionally hosted by the booster club as a catered buffet dinner inside the café at Oswego High School. Due to space constraints in past years, the banquet was restricted to senior athletes and a maximum of two guests for $25 each. This year’s unique circumstances allowed the club to invite extended family, other students and community members to help commemorate the graduating class.

The booster club, which consists of 12 board members including three student representatives, had been meeting regularly since the onset of the COVID-19 pandemic and recognized the need to change venues and formats when it became clear schools would not re-open earlier this spring.

“We faced all of the challenges with COVID-19 on occupancy, how many people, what’s it going to look like, we definitely couldn’t accept the answer of just not having it,” Callen said.

The booster club pursued Oswego State College and other large outdoor spaces in the area, but when the Midway Drive-in Theatre was given the clear to open soon after a board member had suggested it, plans started coming together quickly.

Callen credited the Nagelschmidt family who owns and operates the drive-in theatre for stepping up, offering the venue to use free of charge and helping with organizing the event.

“They were so excited to host the event so that these senior athletes, their teammates and their families, could have something and be recognized,” Callen said. “These guys and girls started playing these sports when they were four-years-old and their family has been driving them around, and this is it, so we all felt the need to elevate our game.”

Callen said that he has received a slew of positive feedback since the ceremony, and several parents who had attended in the past said that they prefer the new setup moving forward.

“We feel like we could pack that entire drive-in and the kids getting to see their friends there in the last week of their high school career,” Callen said. “We’re so excited about what it could be and what we want to work on it to be, because it could be so much fun post-COVID and adding some more touches and elements to the event, it could be really cool and we’re excited about it.”

The booster club received the most scholarship candidates in the history of the banquet prior to the show, and ended up awarding $2,000 in scholarships, broken down into eight separate grants of $250 each.

Jack Rice and Molly FitzGibbons were recognized as the Outstanding Senior Athletes for the class of 2020. Rice is a hockey and lacrosse standout who plans to play Division III lacrosse at perennial power Salisbury State University, while FitzGibbons was a top performer in both track and field and cross country who will run for Division III Williams College.

FitzGibbons also received the Section 3 scholarship athlete award along with Owen Warner, and she was one of eight recipients of the Buc Boosters scholarships. She was joined in that awards group by Jacob Chetney, Sophia DeLorenzo, Hannah Holland, Julia Roman, Carson Colucci, Alex Koproski, and Abigail McPherson.

Josh Lerch, who guides the varsity boys and girls swimming and diving teams, was awarded Coach of the Year while Mrs. Donna Roman received the Fan of the Year Award as a well-known supporter of her grandchildren involved with various Oswego sports.