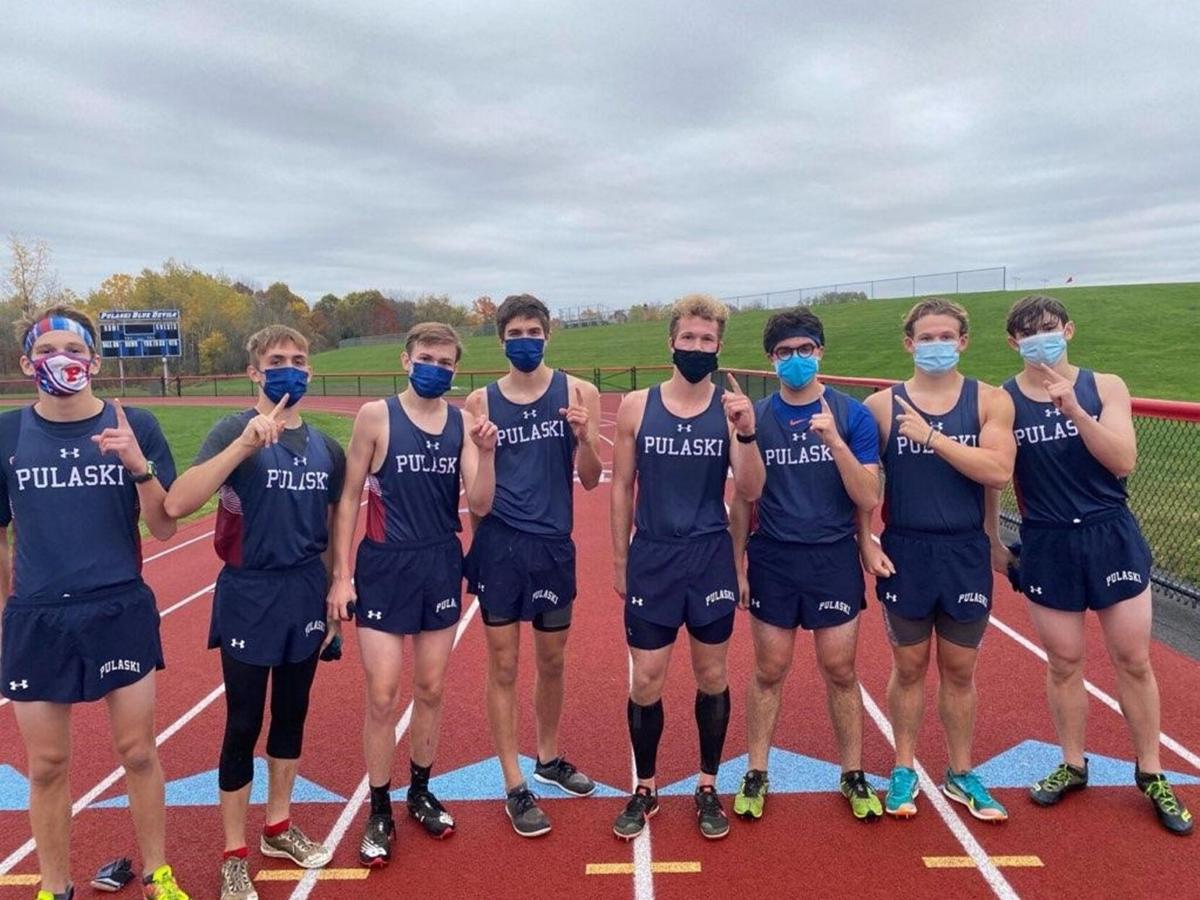 The seniors on the Pulaski varsity boys cross country teams pose at the high school track. The Blue Devils finished 6-0 this fall for their third straight undefeated season. Photo provided by Scott Jones. 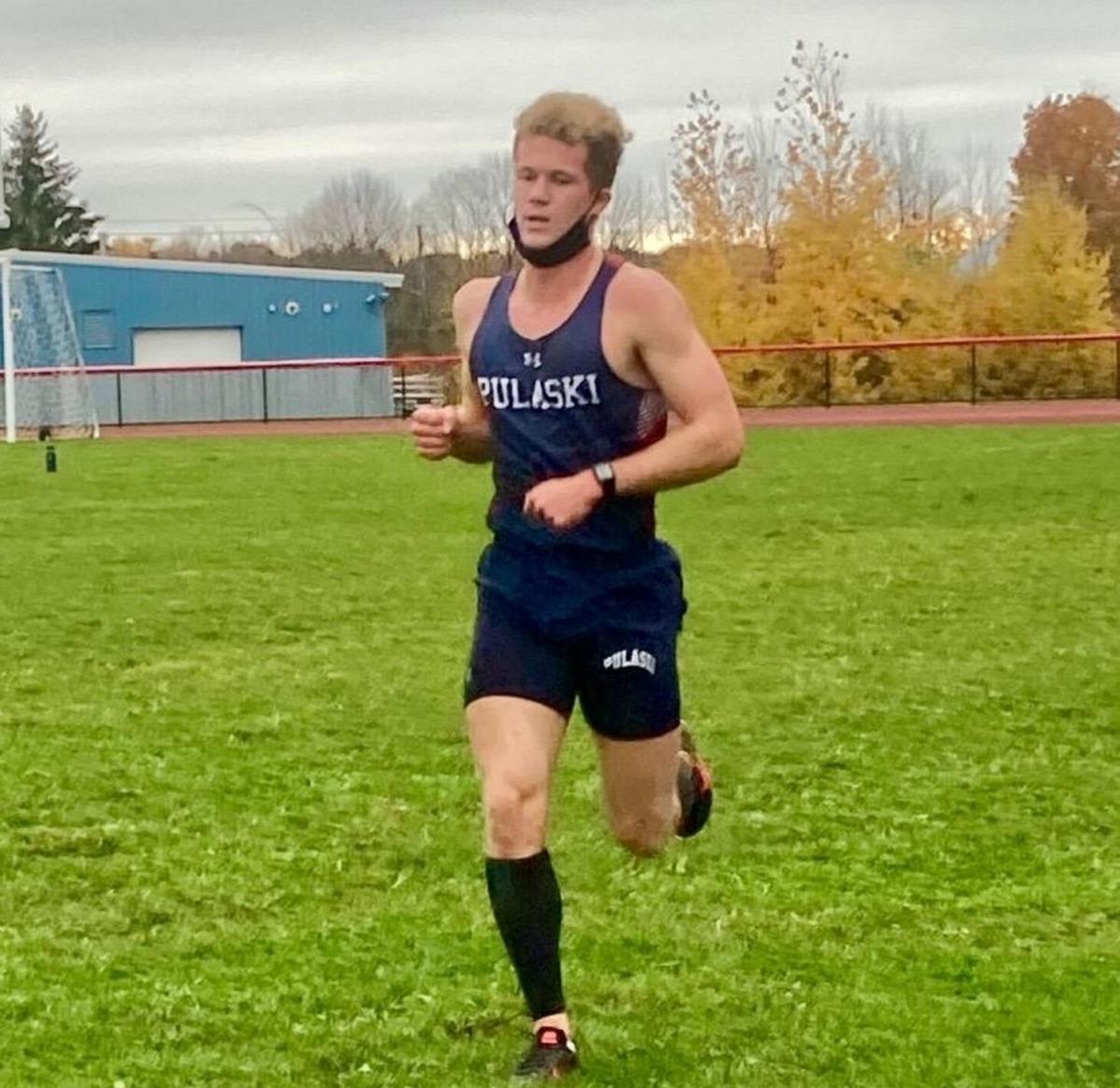 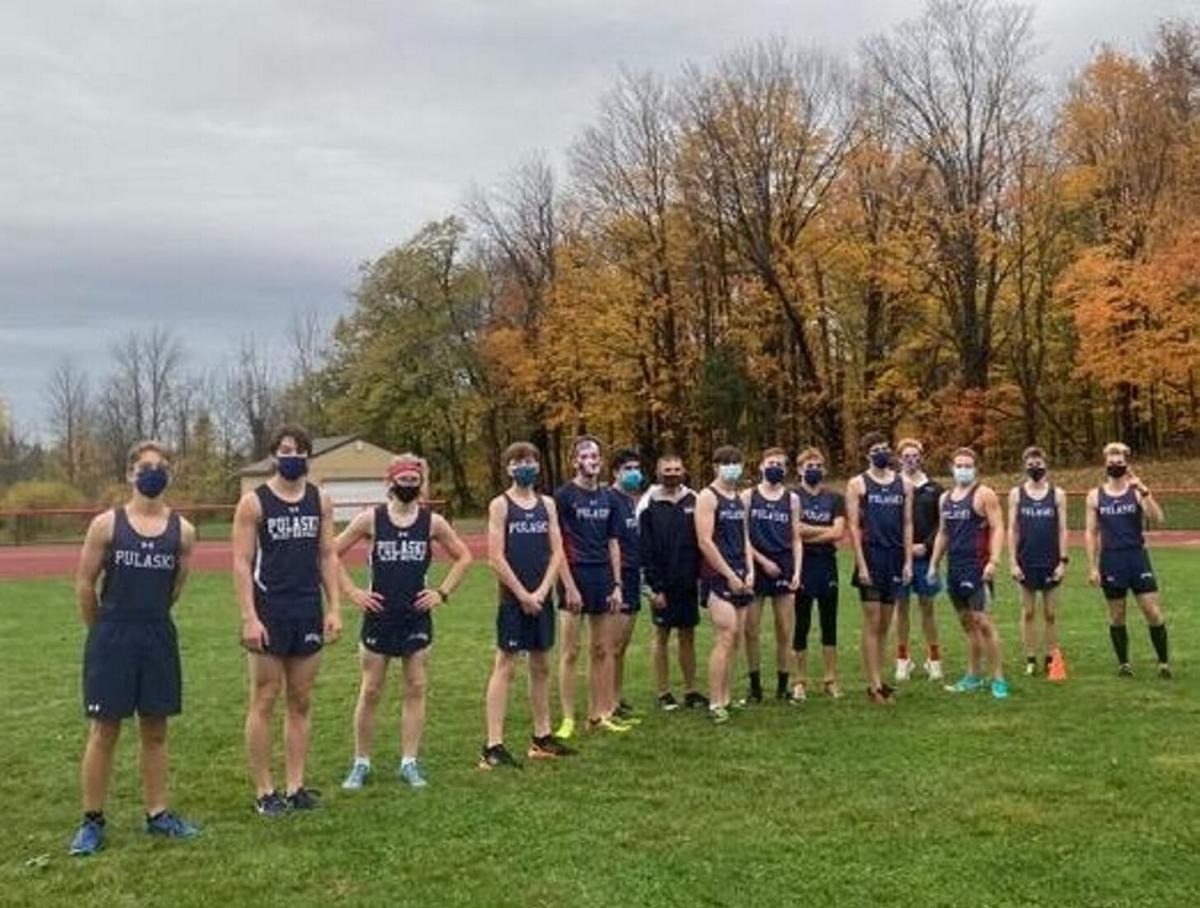 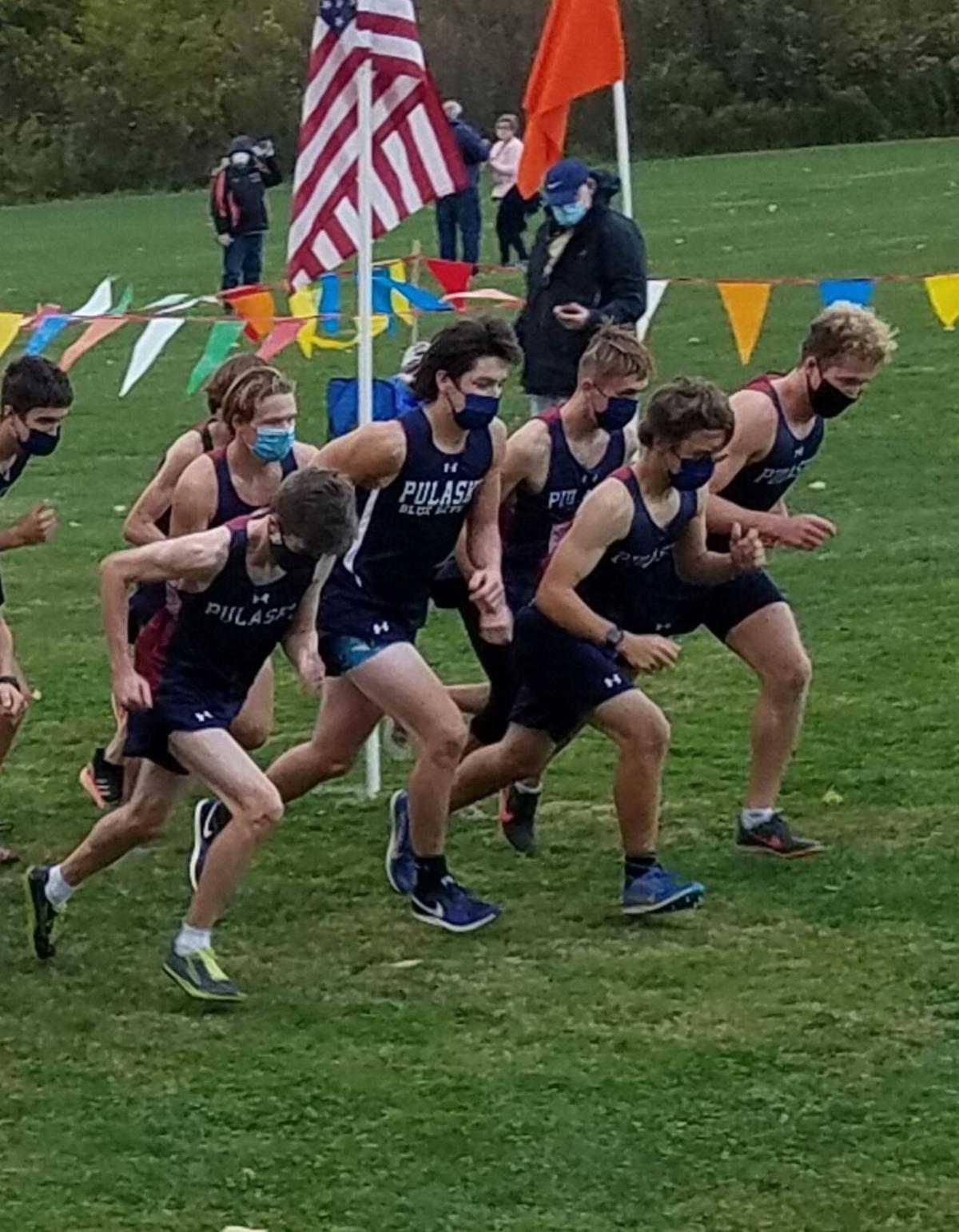 The seniors on the Pulaski varsity boys cross country teams pose at the high school track. The Blue Devils finished 6-0 this fall for their third straight undefeated season. Photo provided by Scott Jones.

PULASKI — The Pulaski varsity boys cross country team seized full advantage of the opportunity to extend its undefeated run through the COVID-19 pandemic.

The Blue Devils recently finished the fall season with a 6-0 overall record to post their third straight unbeaten campaign in regular-season dual meets. Pulaski has recorded a 28-0 mark over those three years combined after back-to-back 11-0 seasons in 2018 and 2019.

The latest celebrated campaign was condensed after a late start and was uncertain to be conducted up to the first day of practice due to the coronavirus causing other schools in Section 3 to cancel fall sports.

“In some ways it makes it even more memorable, just because we were able to go undefeated at a very memorable moment in history,” said senior captain Josh Carguello, who completed his fifth varsity season. “We’ll be able to look back on it and say that we didn’t let it stop us.”

He added: “I think it’s really representative of our resilience over the years. This would have been an easy year to just kind of walk our way through it and not give it our all, but we still gave it our all and we have nothing to regret.”

Pulaski lost the chance to run its final scheduled meet of the season Nov. 4 against Hannibal when administration was forced to cancel the last week of fall sports following news of a positive COVID-19 test on the district staff.

The Blue Devils were still able to sweep the Onondaga High School League North Division — formed for this year only to reduce travel — with wins over Mexico, Phoenix, Altmar-Parish-Williamstown, and Hannibal. The team also held is senior night at its first home meet, ensuring the longtime program contributors would not be denied their respective moments of recognition.

Pulaski coach Scott Jones, who wrapped up his 10th season at the helm, said that the loss of weekend invitationals and postseason championship meets did little to deter his runners from the desire of producing another banner season.

“Even though it was kind of watered down this year without any invitationals or sectionals, you would never know it watching the guys in practice or at the meets,” Jones said. “I never noticed any difference in their determination. They were ready to go this year and extremely excited to try to repeat our success. … Even though it was an unusual season, they never wavered in their hard work and determination.”

Carguello led a group of eight seniors, many of whom have competed on the varsity squad for the entirety of the unbeaten stretch. At least five of the senior members of the roster completed four varsity seasons.

“It meant a lot to be able to finish it together,” Carguello said. “Even though it wasn’t how we imagined it, just having that closure was important.”

Pulaski was also boosted by the emergence of young talent, specifically sophomore Luke Tighe, who was routinely among the top finishers in each of the four races held this season.

“It just shows how hard-working the people on our team are,” Tighe said. “Some of the younger or new guys on the team, were still able to put the work in and be up there as solid runners.”

Despite losing a decorated senior class, Pulaski will enter next season with a bevy of returners aiming to put a three-year undefeated streak on the line.

The Blue Devils won the Patriot League championship in each of the two previous seasons — their first league titles since 2005 — prior to the condensed campaign this fall. Pulaski posted an 8-1 record in 2017 to set up the current run of success and are 36-1 overall over the last four seasons.

Carguello credited Jones for instilling the importance of offseason training, while Jones believes the buy-in factor from his current seniors and the program at large have led to the prolific streak.

“I think we just had an unusual run of young, bright guys that not only saw cross country as a varsity sport, but as an avenue to good fitness and camaraderie with each other,” Jones said. “It has really kind of built on itself, when guys you look up to that are a few years older than you are involved, it makes you want to try to get involved. I think like any program that has success, it just kind of carries itself in that way.”