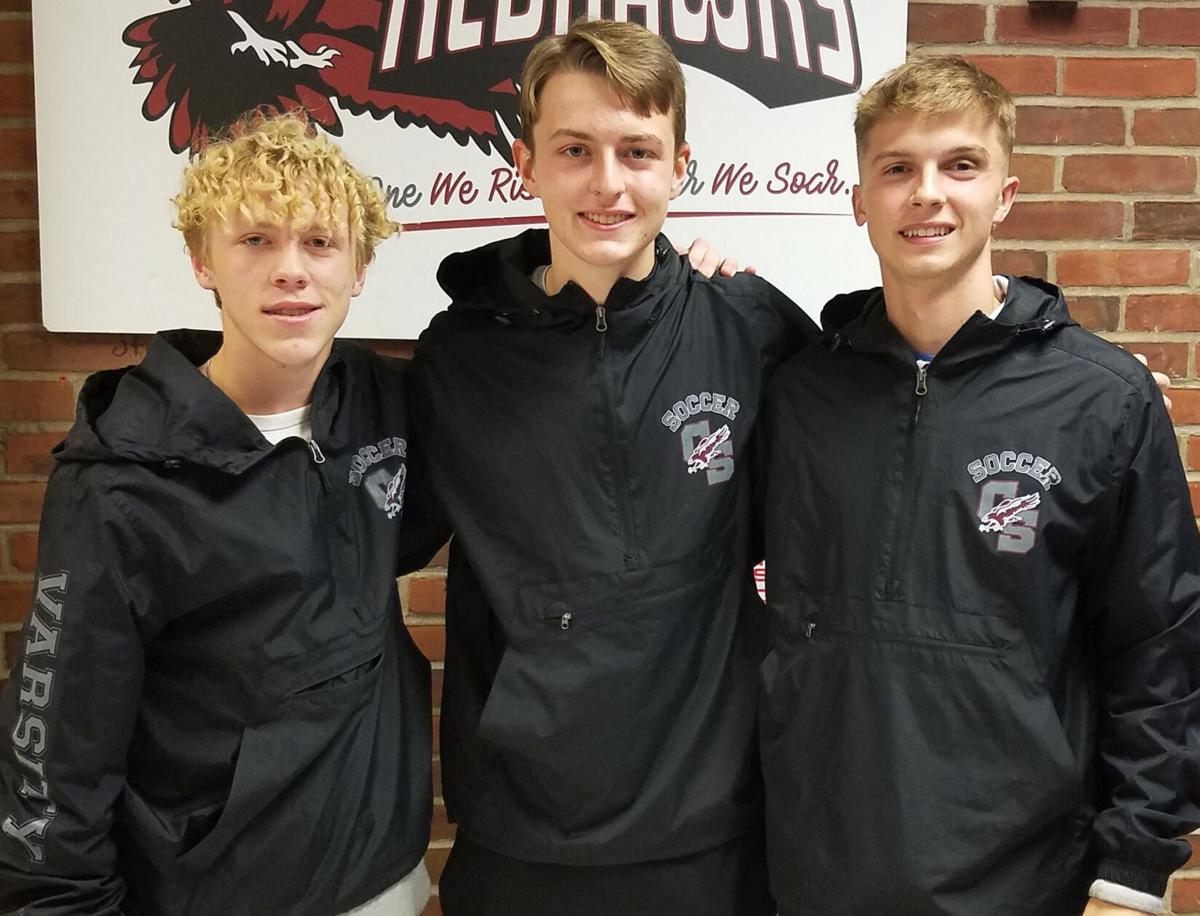 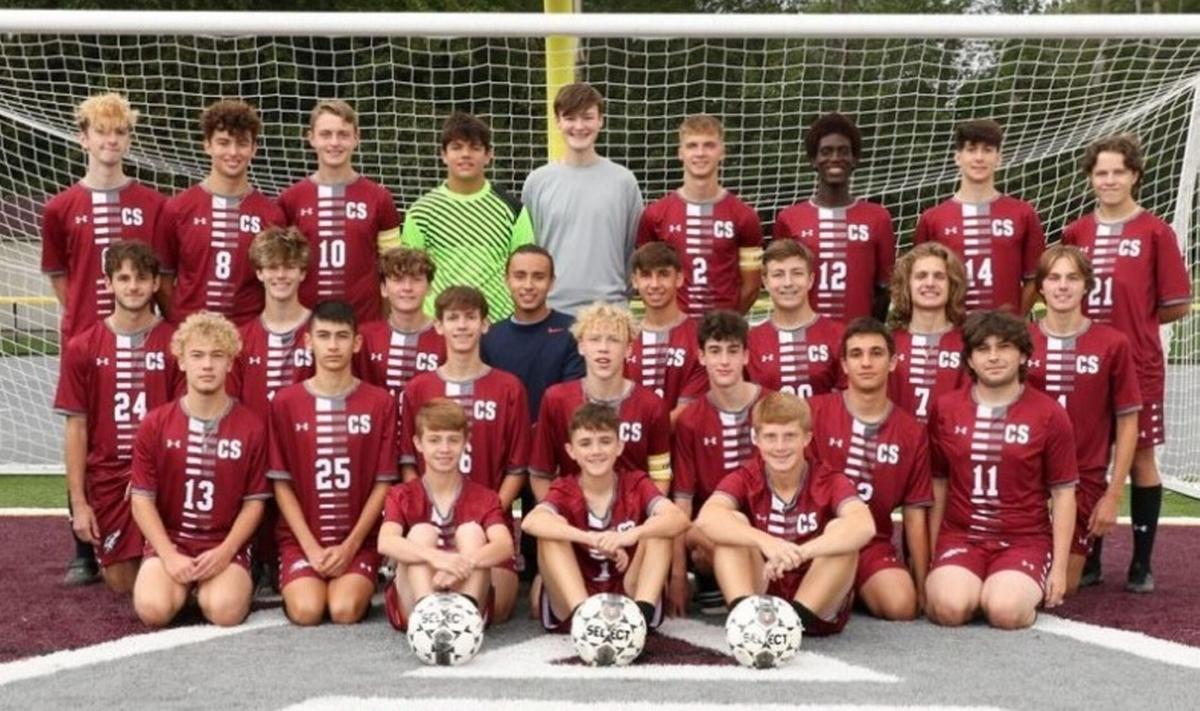 CENTRAL SQUARE — Bryce Koagel and Tyler Colton returned to the Central Square High School boys varsity soccer team with a bold promise for fellow captain Matthew Herrmann and head coach Jason Mucha, and they lifted the Redhawks to unprecedented heights in their attempt to follow through.

The senior trio guided Central Square into the Section 3 Class A championship game before suffering a season-ending 2-0 loss to East Syracuse-Minoa on Oct. 30.

The Redhawks won three sectional playoff games en route to the final — marking the first sectional victories in program history — and finished with a 12-7 overall record for the highest win total in Mucha’s 12-year tenure.

“I hope that sets the standard for guys going forward, next year hopefully as well, for guys to try to live up to that and try to make it past that point,” said Herrmann, who is committed to play for Division III Grove City College next year. “It may or may not happen, but hopefully it’s something that guys can work toward achieving.”

Koagel and Colton, who were moved up to varsity along with Herrmann as freshmen, each opted to play academy soccer last fall instead of the condensed varsity campaign that was delayed due to COVID-19 concerns and did not feature a sectional tournament.

Each played for Empire United in Rochester while Herrmann remained with Redhawks.

The duo confirmed their respective decisions to return to the varsity squad last spring and expressed to Herrmann and Mucha that they were establishing the goal of winning the sectional title despite the program never having previously advanced in the tournament.

“Not only were they hopeful that we were going to get one win, but they were saying: ‘We’re going to win it all this year,’” Mucha said. “I think that mentality kind of struck a chord with the whole group and the guys bought into it, so that might have been a driving force for us as far as the success this year, is that they believed in themselves and believed in each other, and they thought they could truly get to the championship game.”

One last opportunity to pursue a sectional crown at the end of a full season under mostly traditional circumstances played a key role for each in deciding to come back.

The Redhawks went 10-6-1 in 2019 when the duo last played — the previous record high for wins in Mucha’s time at the helm — but ended the season in heartbreaking fashion with a 1-0 loss to Watertown High in the first round of sectionals.

“Knowing I was going to have that season like I was as a sophomore, be around they guys every day and we’re going to play all our games,” Koagel said. “It’s nice being back in school with all my friends, and it felt good to just be back with my teammates. There’s not much more fun you can have than playing high school soccer.”

Colton also spoke to how each missed the atmosphere of high school and were eager to get back to daily discussions at practices, bus trips on road games, and other memory-making moments.

“Just playing high school soccer again is the whole reason I came back,” Colton said. “I couldn’t miss those Thursday night games under the lights with our home crowd, there isn’t a better feeling.”

The seniors played a pivotal role in extending their comeback season deep into sectionals.

Central Square garnered the No. 6 seed and opened with an emphatic 7-0 victory over visiting Indian River on Oct. 19 for the program’s breakthrough sectional win.

They followed it up with a 2-0 win at Watertown High three days later to avenge their 2019 playoff loss, and then claimed a 4-2 win over Whitesboro in the sectional semifinals on Oct. 27 to push their historic run a step farther.

“Things didn’t go our way in the championship game and all of us want that game back, and we would love to go at it again, but it is what it is at this point,” Koagel said. “We made history, we just have to accept that, we didn’t get all the way, but we did get farther than anyone else has ever gotten.”

Central Square sported a roster of 27 players for one of the largest in Mucha’s tenure.

The team overcame a week in which more than half the unit was sidelined due to COVID protocol and still won both games on its schedule, one of the many confidence-boosting points along their path to an all-time campaign.

“I’m just so proud of the kids, they poured their heart and soul into it this year,” Mucha said. “We had a lot of fun at practice, we’d listen to music, and we enjoyed ourselves, but we also buckled down and prepared to play at a high level. I’m really proud of what they’ve been able to achieve this year, it’s unprecedented for our program and a huge mark to try to achieve next year.”