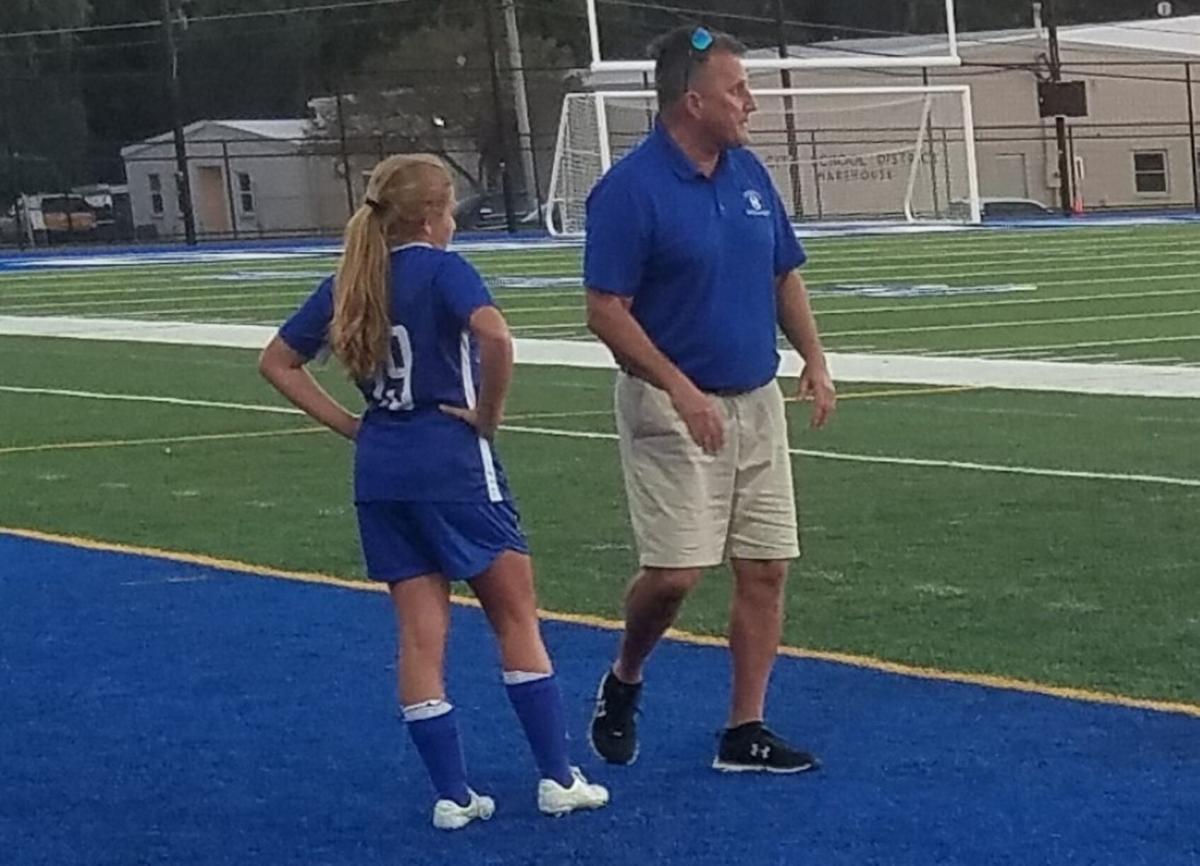 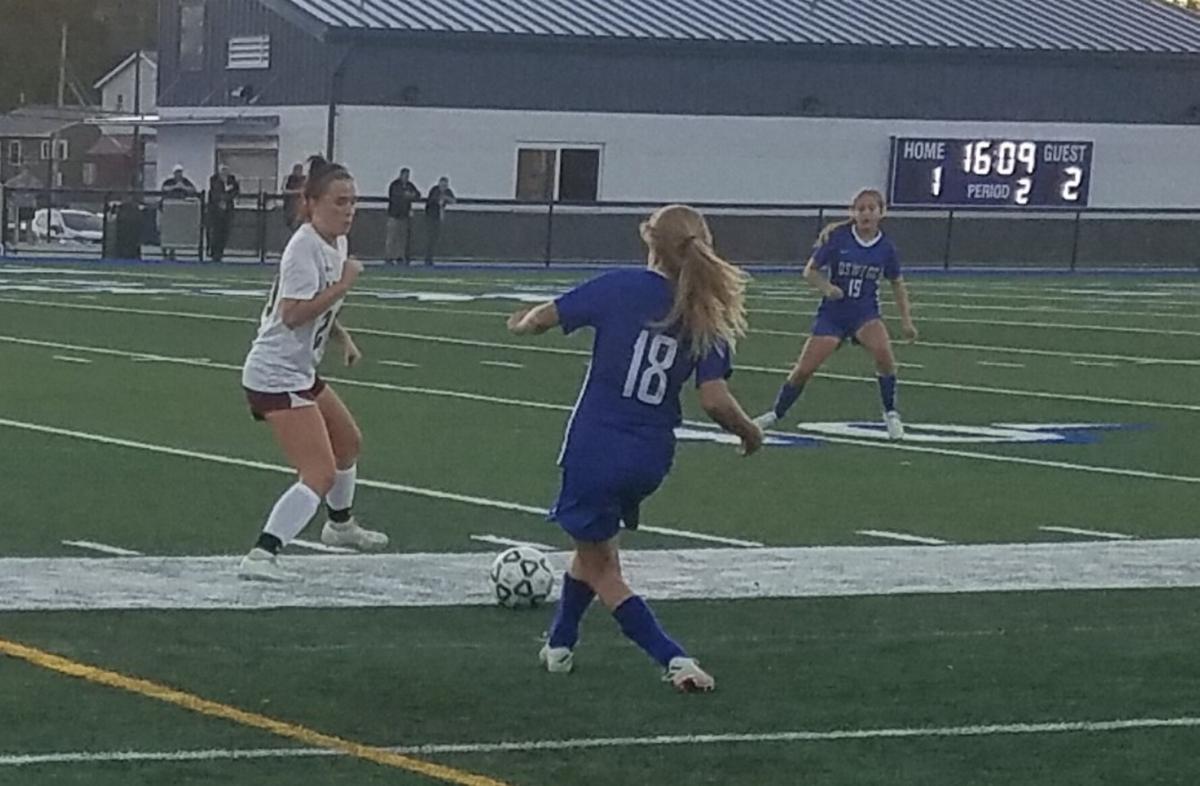 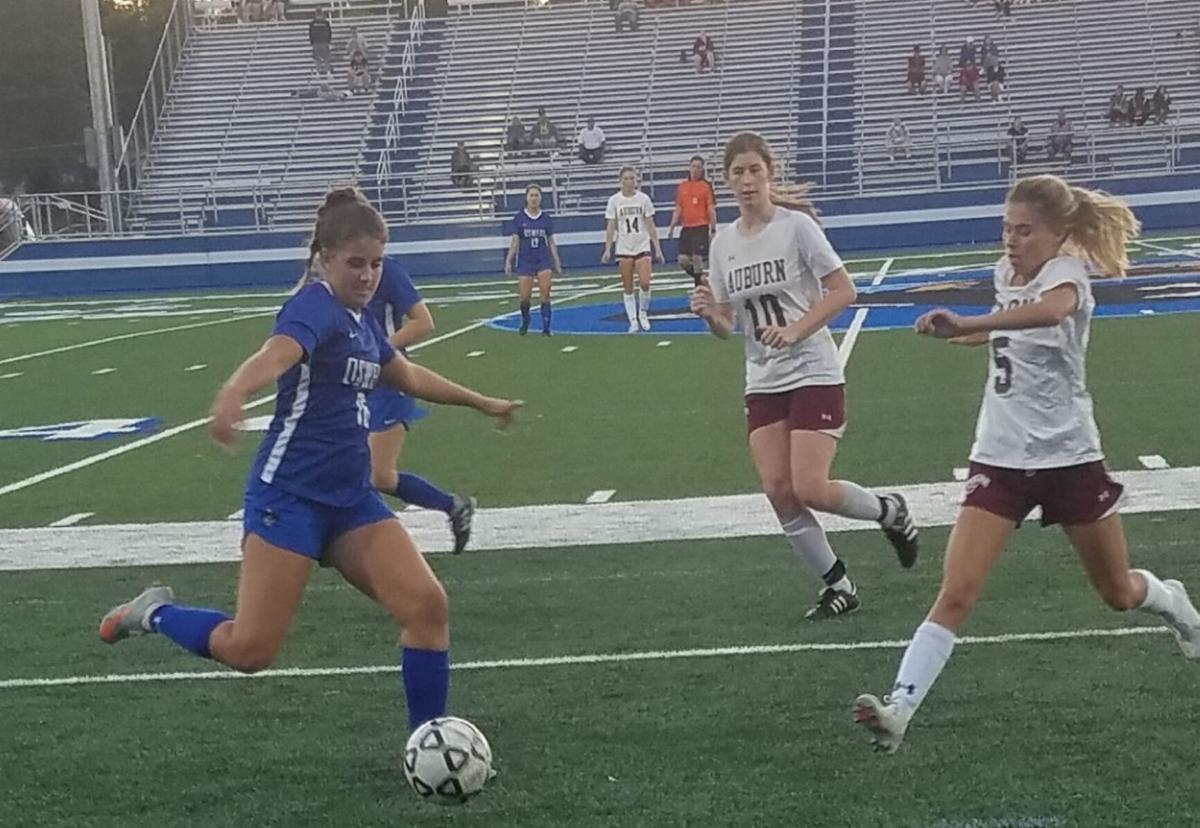 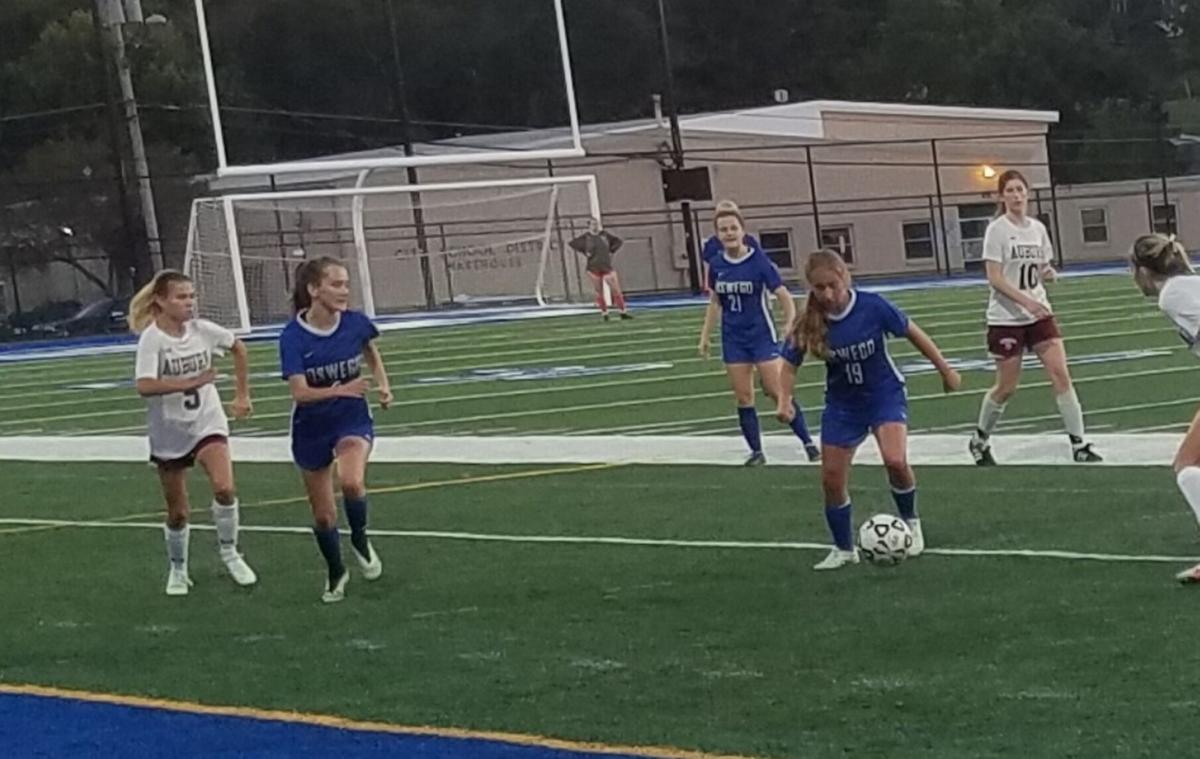 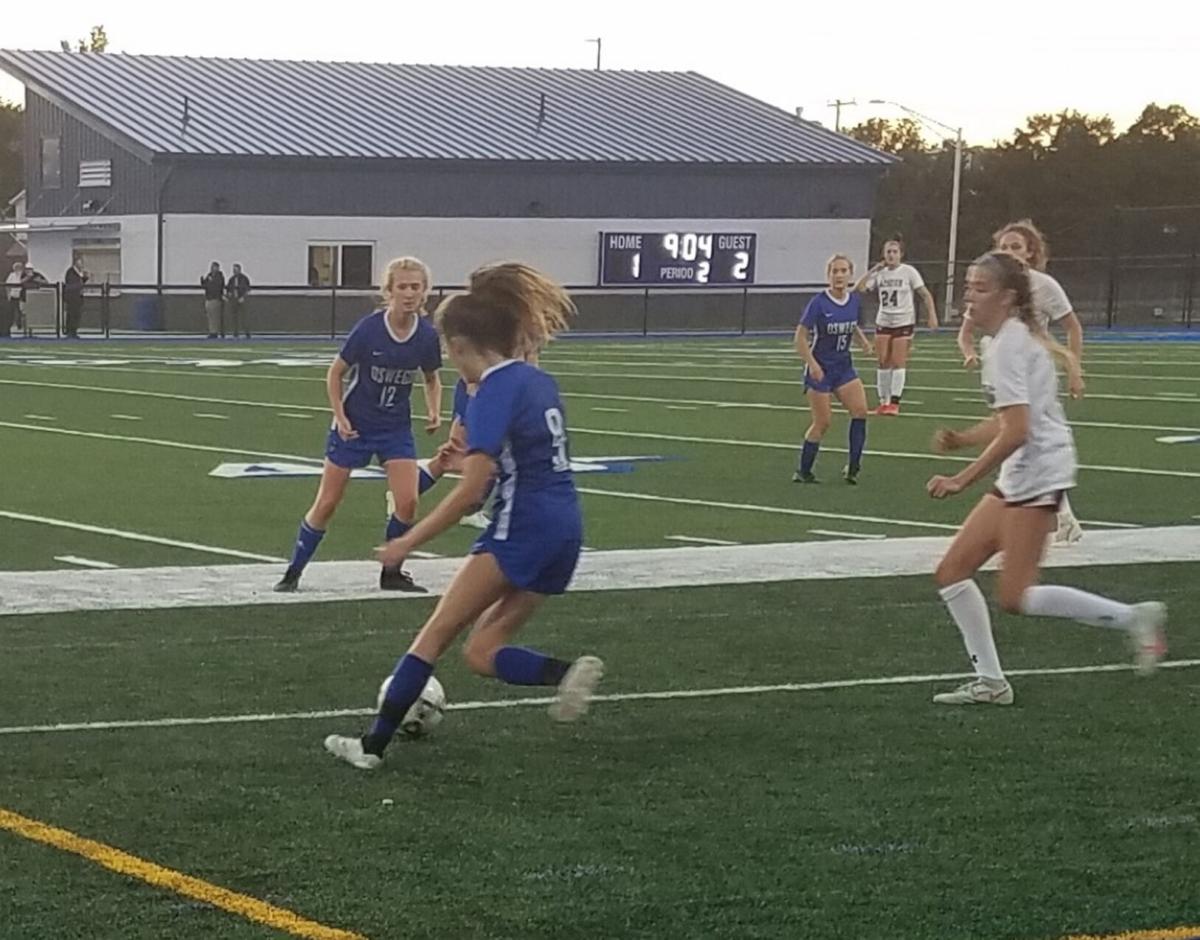 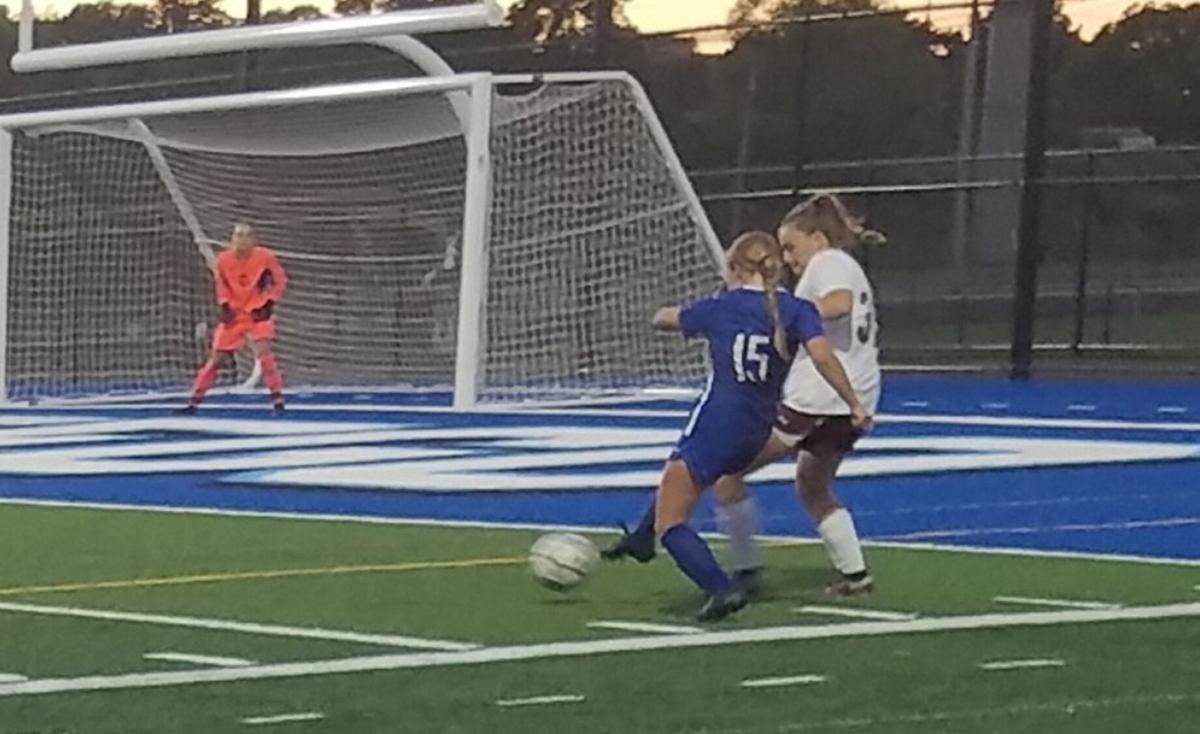 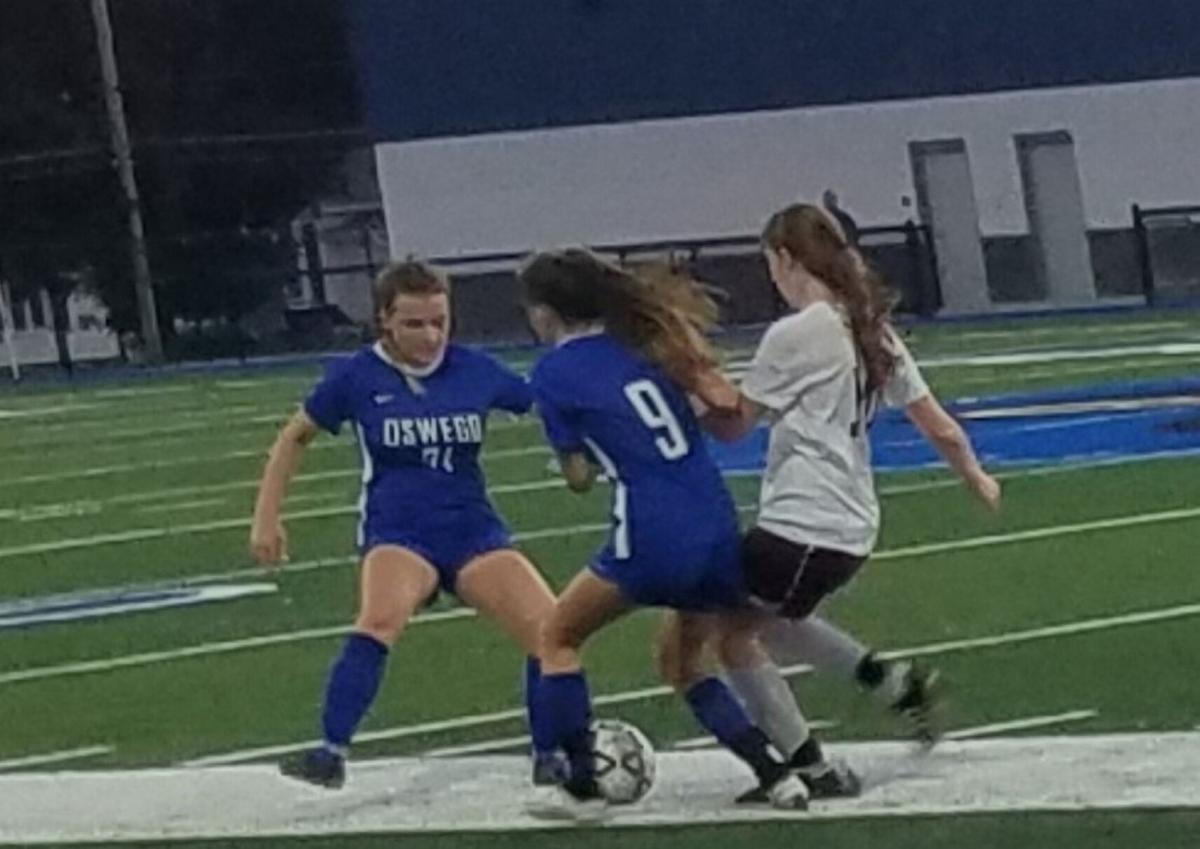 OSWEGO — Anthony Richmond has returned to Oswego High School to re-energize the girls varsity soccer program 40 years after he steered the Buccaneers to a sectional championship on the field.

The 1983 Oswego High School graduate and coaching veteran of more than three decades is in his first season at the helm of his alma mater and has already helped the girls varsity soccer team eclipse its combined win total of the last two years entering the third week of the regular season.

Richmond was a junior starter on the 1981 Oswego boys varsity soccer team that claimed the Section 3 title and enlisted the coach from that squad — Tom Doran — as an assistant. They are joined by former Oswego High School and Oswego State standout, Missy Verdoliva, and Jillian Martin on the revamped staff.

“It meant a lot to me come home and go back to being a Buccaneer,” Richmond said. “When it all started coming together, it’s been a nice little group with the four of us getting the girls to play together, play with confidence, we’re trying to get them to adjust and play a better team game.”

Richmond was a four-year varsity standout for the Buccaneers, playing a key role in their 1981 title and garnering all-state second team honors as a senior the following year.

He went on to play college soccer at the University of Massachusetts Amherst and soon thereafter began his coaching career in the sport at Amherst High School.

Richmond then went on to coach as an assistant for Oswego State University under Sue Viscomi before spending eight years as boys varsity coach at Mexico High school then nine years at Bryant and Stratton junior college.

“For him to have coached so many teams, he knows how to work with different people so it’s easier for him to understand each of us and how we play,” said Oswego third-year varsity senior, Isabella Koproski.

Richmond’s next stop was helping re-launch the women’s soccer program at Onondaga Community College, staying to coach for eight years before retiring.

He was called back to coach at Skaneateles High School for two years, tried to shift to officiating, but quickly returned to coach one season at Lafayette High School and two additional years at Jordan-Elbridge before finally returning to coach at Oswego for this fall.

“It has been a roundabout way back here but each stop has been enjoyable, and it’s nice to have contact with people from every spot,” Richmond said. “It’s been fun, that full circle aspect of going away and coaching all those years, then coming back here, it’s very rewarding.”

Oswego entered the week with a 3-3 overall record fueled by an early three-game win streak, its longest since September 2017.

The Buccaneers finished 1-9 in a condensed season last year due to state COVID-19 mandates delaying the start and went 2-13-1 the year prior.

“I think with COVID last year cutting our season short, a lot of people just came this year ready to play games and work hard and get out there,” Koproski said.

Richmond believes that the early taste of newfound success has sparked a greater attention to detail and determination to improve in practices.

“It’s nice to see them smiling, enjoying it, and it’s very rewarding for a coach to come and be able to see that because they do deserve that, they have been working hard prior to me being here,” Richmond said.

Koproski entered the week with a team-high three goals while junior Rosie Wallace has scored a goal to go with a team-high two assists. Freshman goalie Emma Burger has recorded 28 saves and a pair of shutouts.

Oswego is not fielding a junior varsity team, which has led to a larger varsity roster of nearly 30 players. That has cultivated a healthy level of internal competition that returning starters believe has played a key role in their resurgence.

“We have a big team with everybody pushing each other,” said fourth-year senior captain, Mary Kate Cloonan. “It allows us to really scrimmage in practice and everyone is working to get a spot on the field, so that always helps.”

Oswego captains have established the goal of returning to the Section 3 playoffs for the first time in four years to pay off Richmond’s first season as head coach.

“I’m really excited to see where we end up because I know it’s going to be a success compared to past years,” junior captain Jordan Caroccio said.