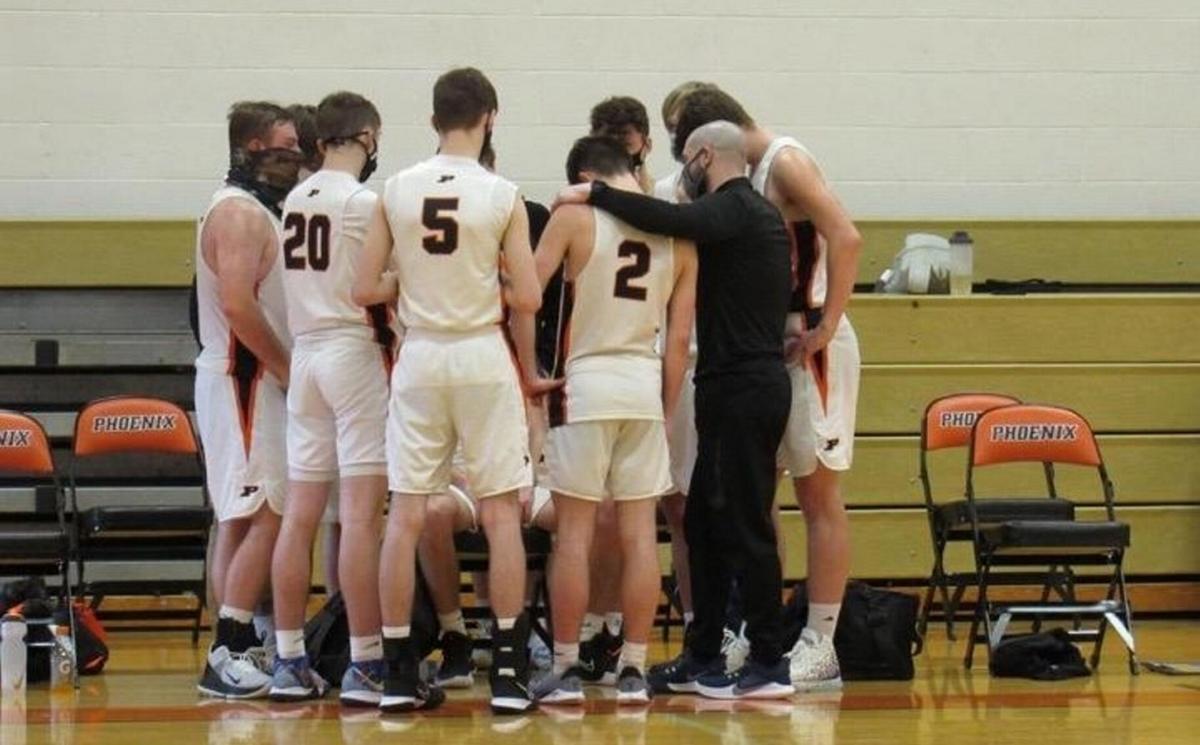 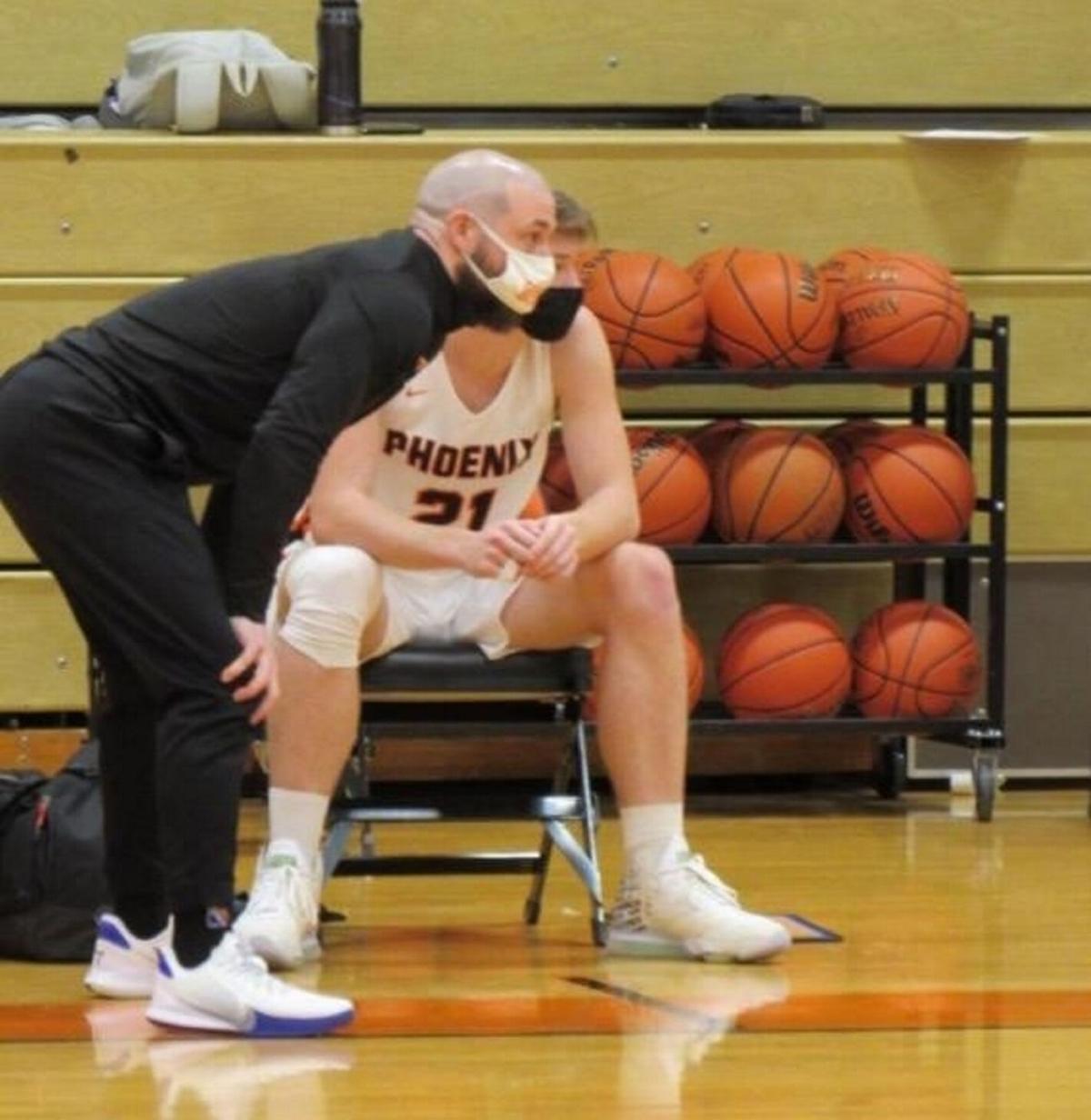 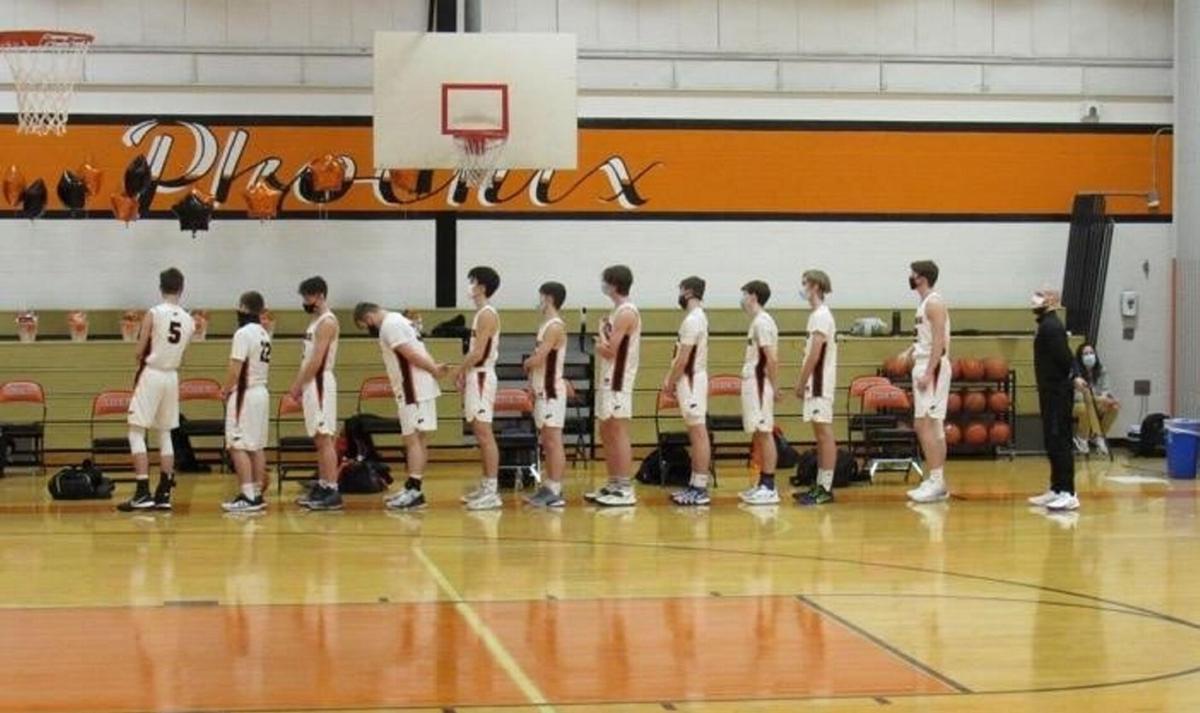 The Phoenix varsity boys basketball team lines up for the national anthem during a game this season at the John C. Birdlebough High School gym. Provided photo.

The Phoenix varsity boys basketball team lines up for the national anthem during a game this season at the John C. Birdlebough High School gym. Provided photo.

PHOENIX — The Phoenix Firebirds have long felt like they were a program on the rise in Section 3 boys basketball and took full advantage of the condensed winter campaign to prove their progress.

The Firebirds finished with their second-highest win total since claiming 11 victories in the 2013-14 season and posted the program’s best winning percentage of at least the past decade.

“I’m glad that we won a lot for the seniors and I hope we can just win more next year and beat this win total hopefully,” said Phoenix junior and 6-foot-2 forward, John Dion, who led the way with an average of 17.5 points per game.

“We were so lucky to even have a season, then to actually have such a good season was amazing on top of that,” he added. “I’m just proud of them, really, to have such a good year. This is the start of a change for Phoenix.”

The Firebirds finished with just two wins in 20 games last season and matched that total two days into the start of this year in mid-February. Phoenix soared to an 8-1 start and suffered two of its four losses by a combined three points over the final week of the season.

Perioli and returning players, including seven seniors, believe that chemistry was building among the squad while enduring the growing pains of the last few seasons, culminating in the dramatic turnaround this year. Several players started with Perioli as their coach on junior varsity three years ago.

“To see the growth of those guys has been great because we’ve had some rough years, some of those guys had two wins on JV and we had two (wins) on varsity last year, and so just to see them grow and see it through with them has been a great thing,” Perioli said.

Phoenix produced a slew of memories throughout the season. The team claimed its first road win since the 2018-19 campaign in just the second game of the year, avenged its only prior loss against Hannibal at the midway point of the season, and posted a six-game win streak to match its longest in more than 12 years.

The team also celebrated multiple individual accolades, such as Dion scoring 34 points in the second outing of the season and senior captain Ethan Fox dunking in a game for the first time.

“We all had a good relationship with each other, we never let each other down, and that was kind of how we played, like a family, we’d always pick each other up,” senior captain Tyler Redhead said. “People just came to practice and focused in for those two hours we had every day, and guys were always wanting to stay after to get the extra reps in.”

Dion hopes to lead the returning group of Firebirds into contention for the program’s first Section 3 championship in more than 30 years when next season commences but expressed appreciation for the groundwork that was laid over the past six weeks.

For the departing seniors, like Redhead and Fox, among others, they were simply eager to display their vast improvements as they awaited the delayed start to the season through December and most of January.

When area teams finally gained approval to move forward with the shortened season, the group collectively chose to make it count.

“We have really just been locked in and focused and able to keep our heads going,” Fox said. “We had all definitely been waiting for it, but we were all really happy as soon as we stepped onto the court. I don’t know how to express it, as soon as we got on the court, it’s like we were all just ready to go and wanted to win.”