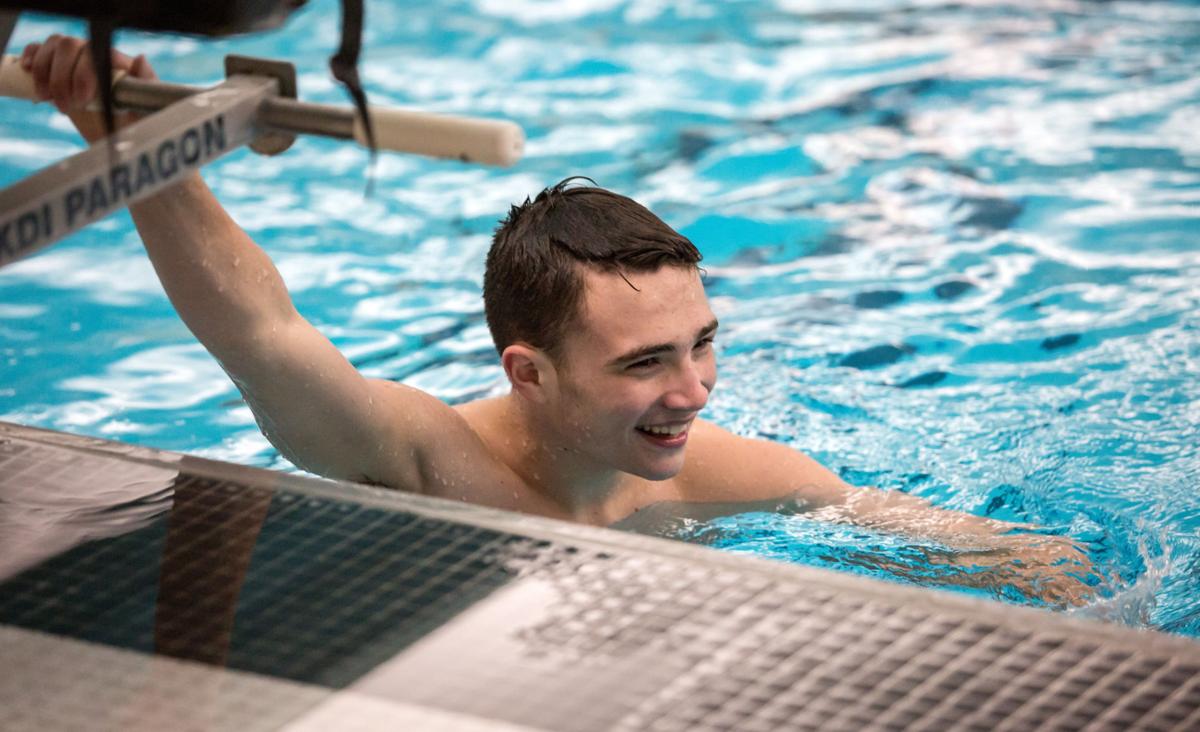 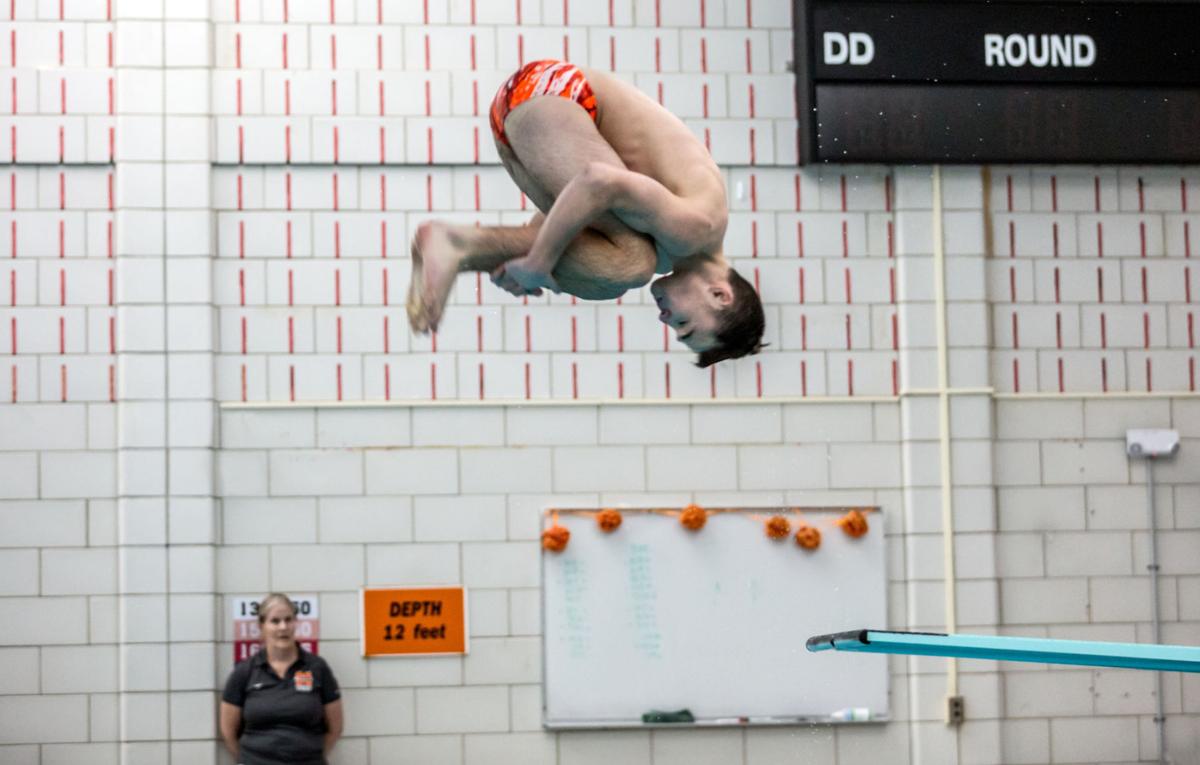 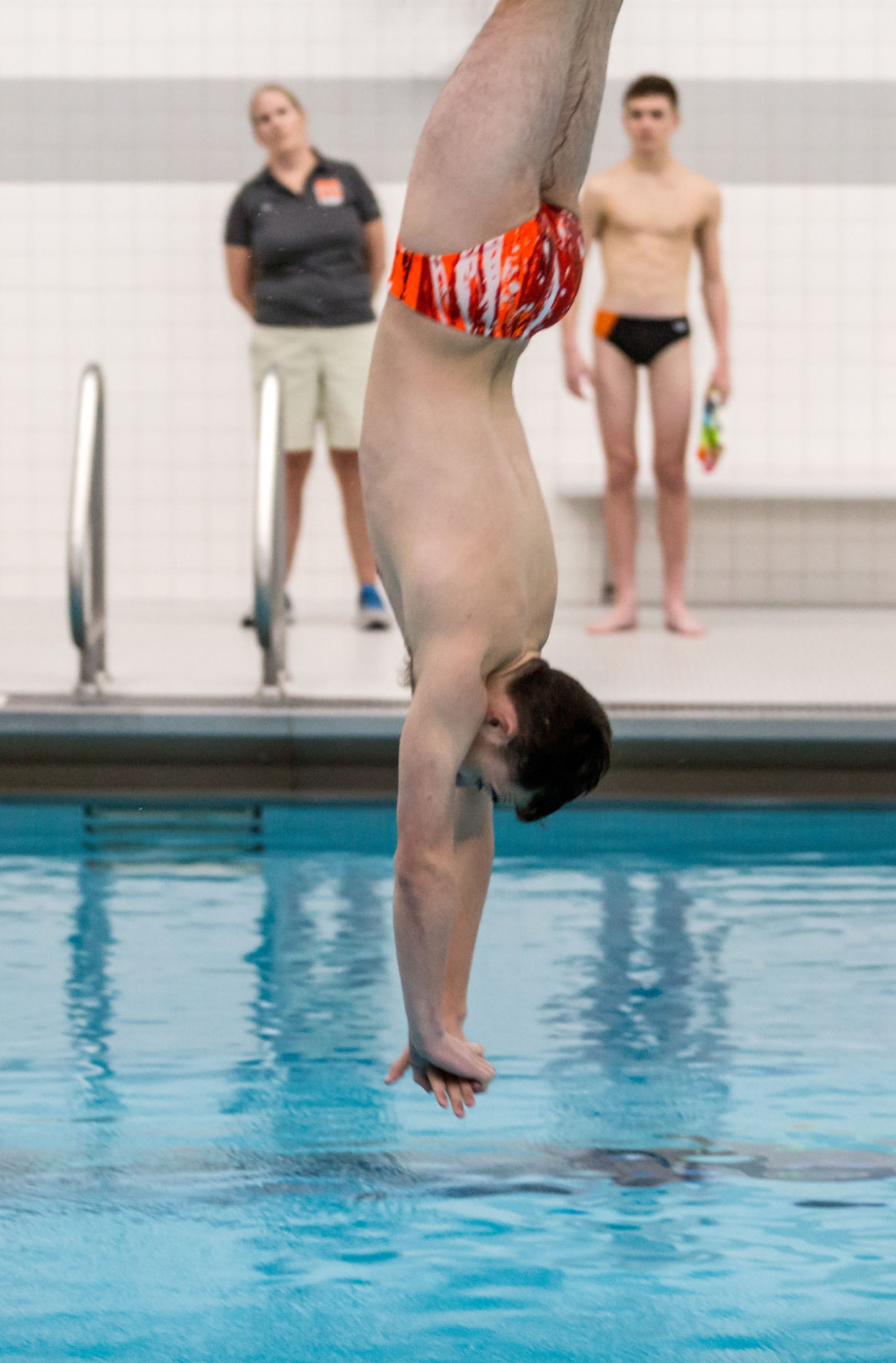 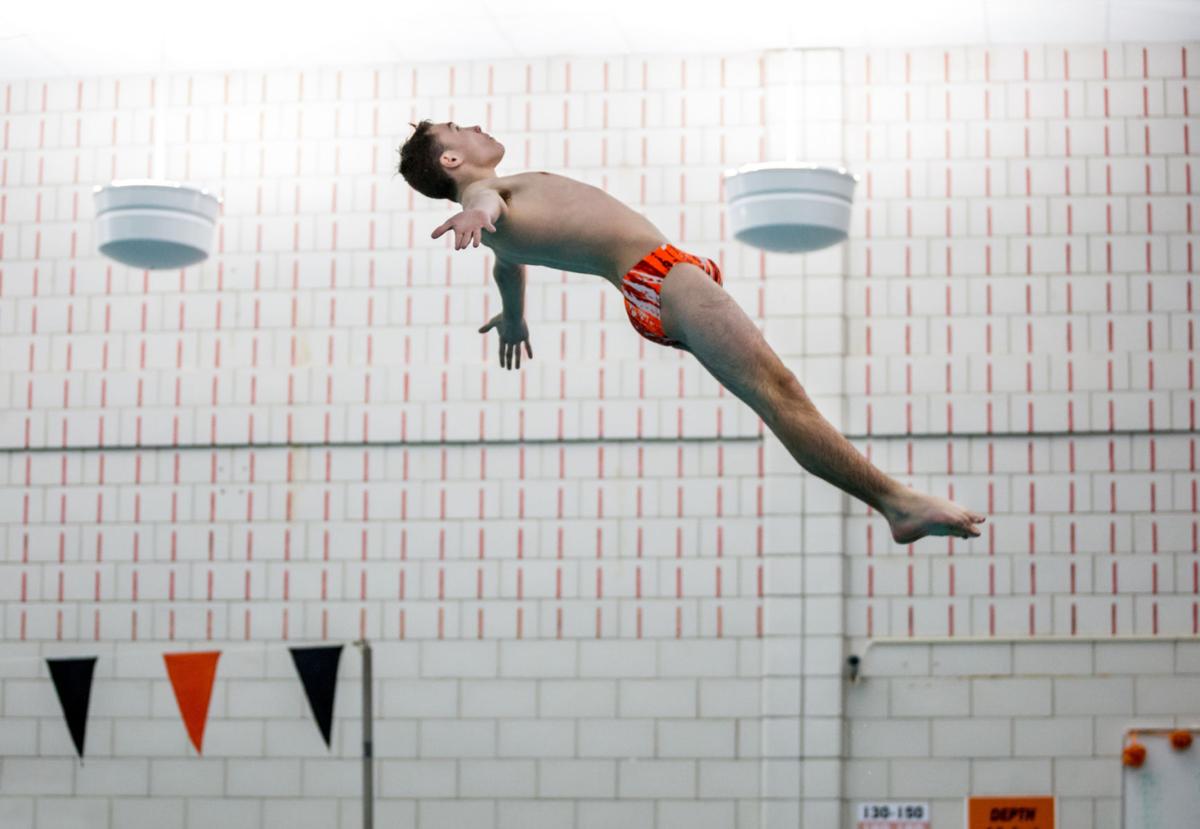 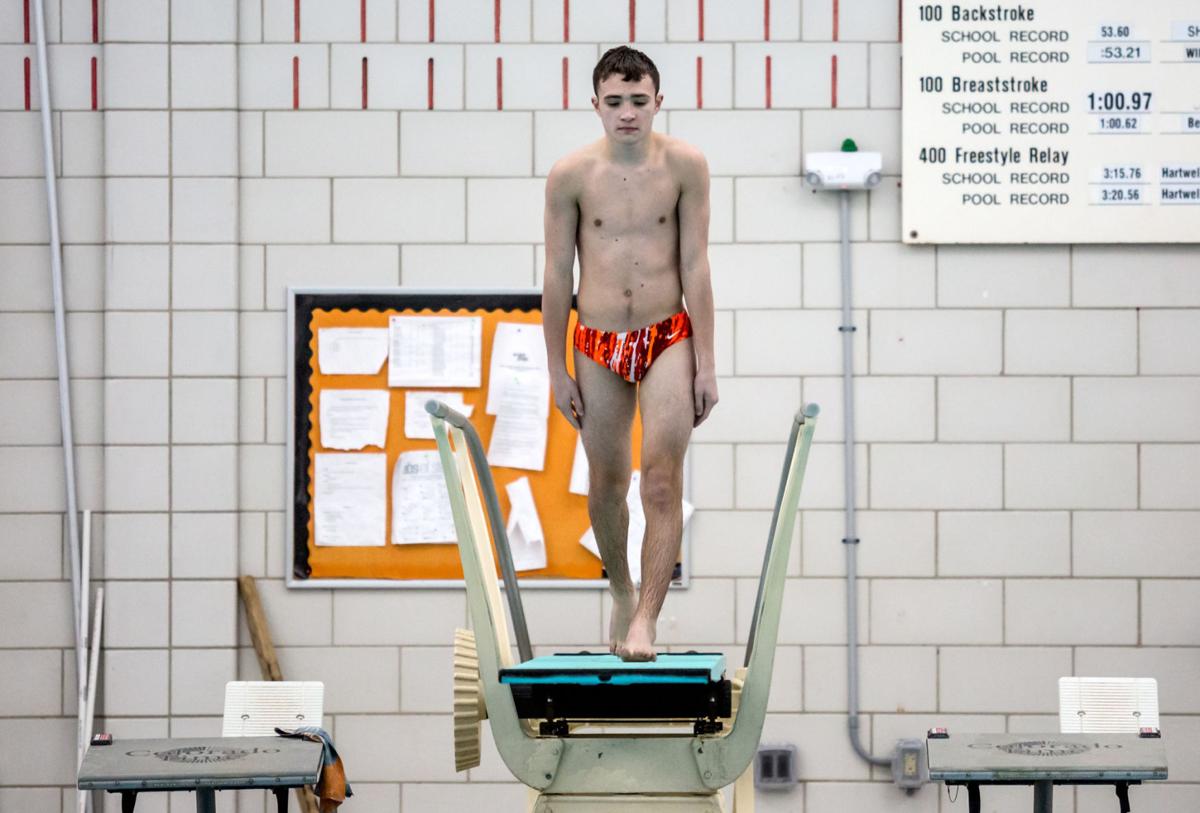 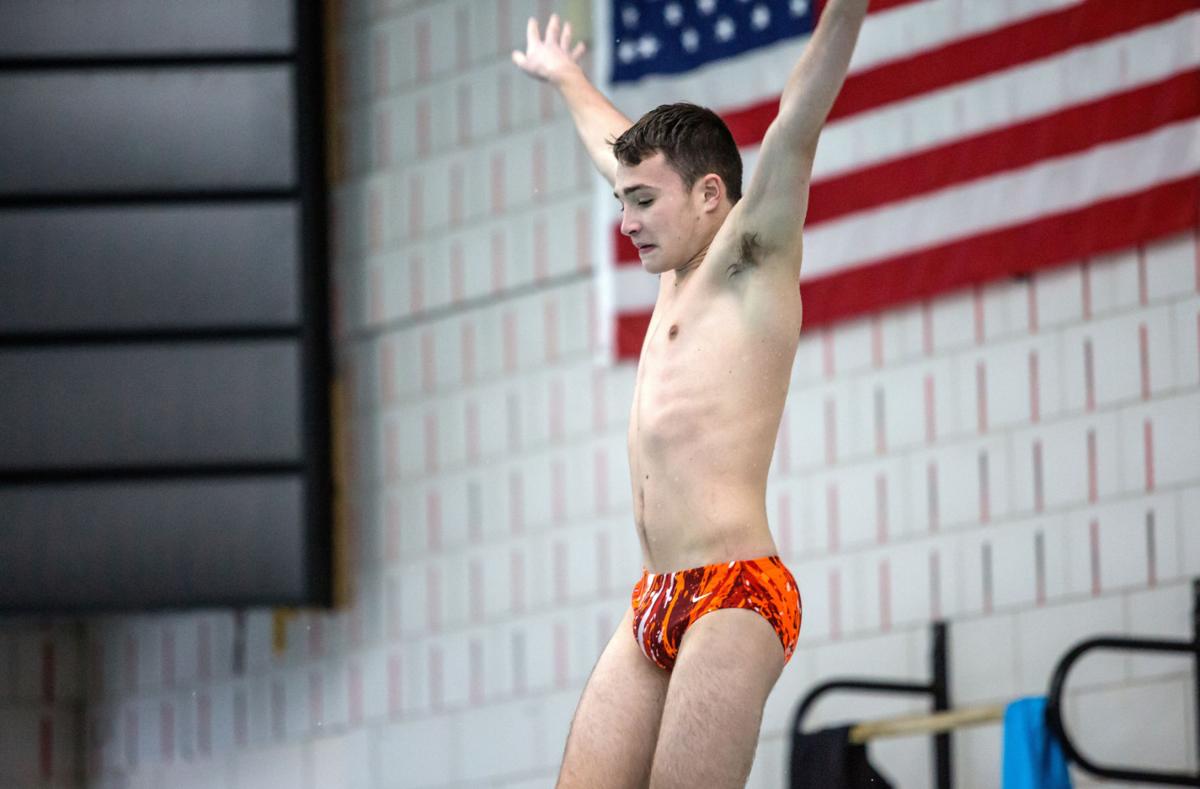 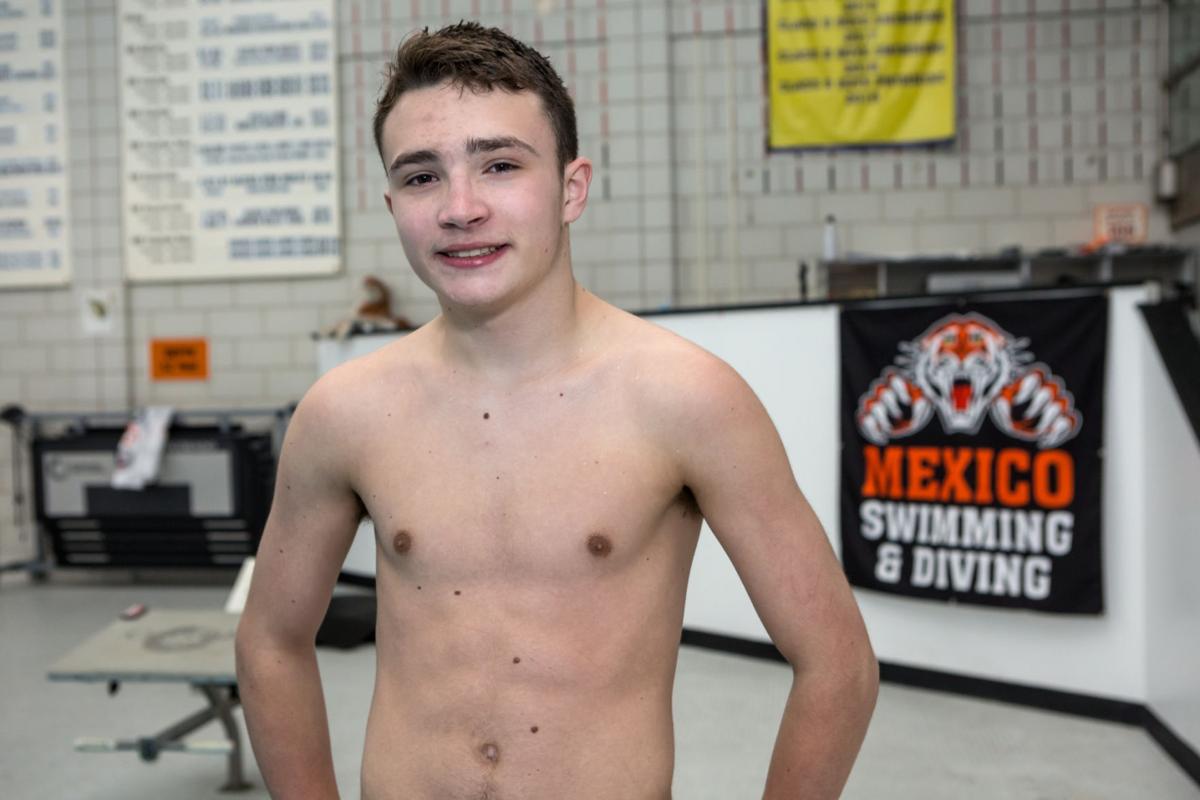 MEXICO — Kian Long missed a swim practice with the Mexico Tiger Sharks during his early years with the club and went to an open swim session to make up for the lost training time.

It was there that he saw Noah Galluzzo dazzling with his dives into the pool and became inspired to step up to the board, beginning a journey that led to Long representing Mexico varsity diving at the state championship meet for the first time since his former idol in 2016.

Long — a sophomore in his fourth varsity season — is among the 49 divers slated to compete at the New York State Public High School Athletic Association diving championships at 9 a.m. Friday at the Nassau County Aquatic Center in East Meadow.

“Noah Galluzzo at the time was diving during the open swim, and I was like: ‘Hmm, I think I’ll try that.’ And it just happened there,” Long said of his first dive at the Mexico pool.

Long qualified in his final dive at the Section 3 state qualifier on Feb. 15 at Nottingham High School. Needing a 45 to reach the state cut threshold, Long scored a 49 on his final attempt.

“My mind went blank and I did the dive, it was clean, and I got out of the water and knew I had it from there,” Long said.

Galluzzo performed at the state championship meet for four straight years from 2013-16, capping off a nine-year stretch of Mexico divers competing at the event. Nick Rodriguez also made four straight appearances — winning the state diving title in 2013 — and he was preceded by Josh Lucas.

Long often observed the past program standouts as a frequent attendee at dual meets growing up. During his first varsity season as a seventh-grader, Long went to a Division I Metro Athletic Conference meet pitting Rodriguez against Galluzzo while they dove for the University of Buffalo and Eastern Michigan, respectively.

That experience provided another pivotal moment toward motivating Long to excel in the event, according to Sally Oliver, who is in her 22nd season as Mexico boys varsity diving coach.

“Kian would come and watch dual meets with those guys when they were diving and I think he would really enjoy seeing them,” Oliver said. “It really breeds, if you have champions you get more champions, because the kids see them and they work with them.”

She added: “When you see kids before you that have gone to states and have done well, it’s like, that’s what you want to try and get to. Kian doesn’t settle for just being mediocre, he always tries to get much better at whatever he does.”

Long took to diving quickly after his chance introduction to the event in an official capacity at Tiger Sharks open swim. He had previously dove at his home pool frequently since learning to flip off the board around the age of three.

Long’s parents — Mike and Colleen — first asked Oliver to teach Long the nuances when he was in fifth-grade, and he then became a varsity team manager as a sixth-grader before his promotion the following year.

“I could do flips off the board at my home pool so I was always kind of that little diver, but once I really learned, it was just all fun from there,” Long said. “When you learn a new dive that’s fun to do, and you do it over and over, it just never stops being fun.”

Long also swam the backstroke, 50 free, medley relay, and 200 free relay throughout the season at dual meets for the Tigers. He qualified for the Section 3 Class B championships in the backstroke and two relays along with diving.

Long’s older brother, Dylan, who graduated last June, was a former state qualifier in the 500 freestyle. Kian Long often went to watch his brother’s meets and eagerly anticipated his chance to watch the diving events.

“He got on the team and I started coming to the meets, and I would watch the varsity divers back then,” Kian Long said. “So it started to click in my brain that I could do that stuff too.”

Long also plays soccer and baseball for the Tigers. He is aiming to become the second state champion diver in program history, joining Rodriguez, who accomplished the feat in 2013.