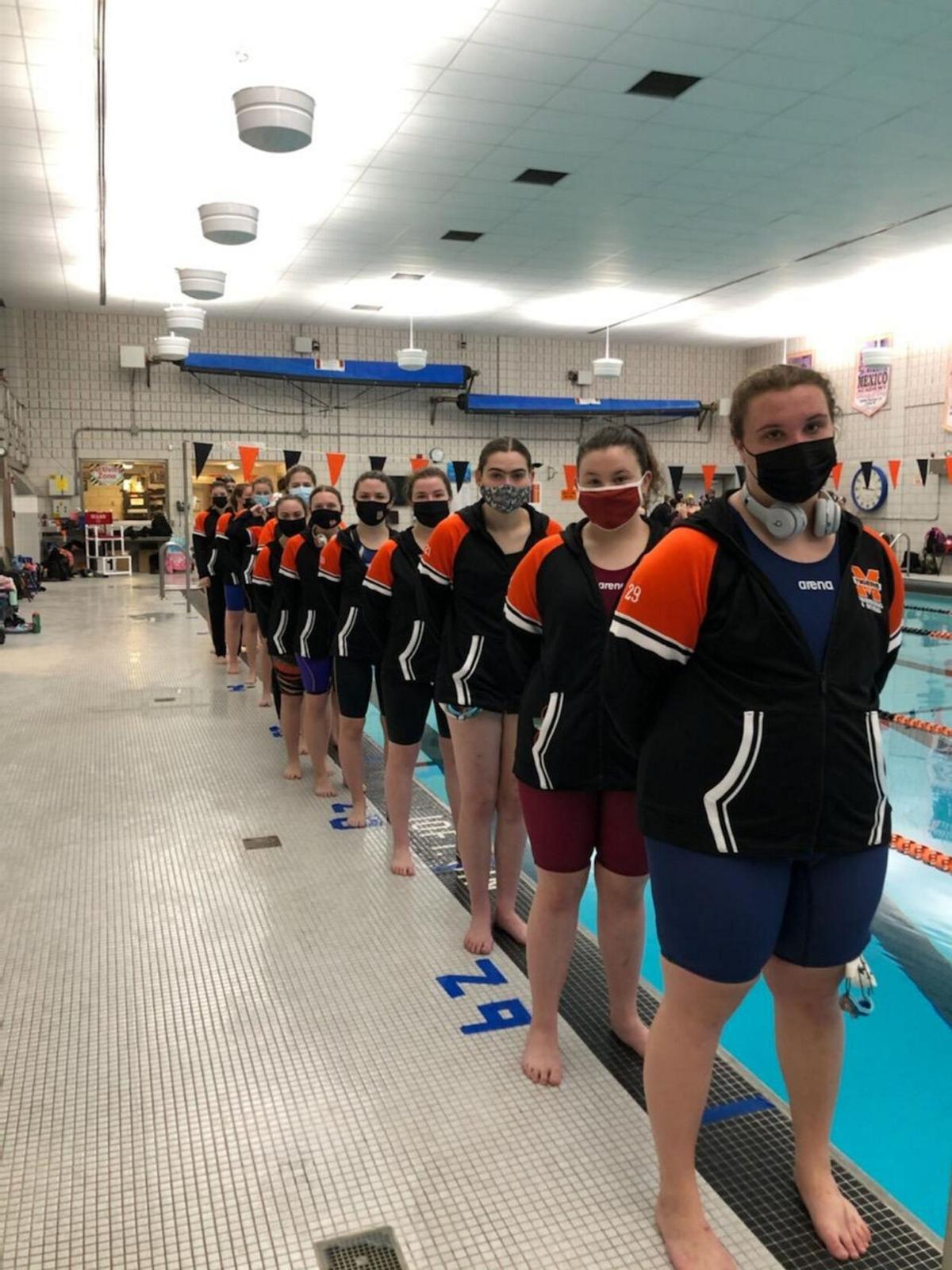 The Mexico girls varsity swim team lines up before a meet this season with its three seniors, Reatha von Holtz, Emily Babbitt, and Gwen Boulais, in order up front. Alissa Baxter photo provided. 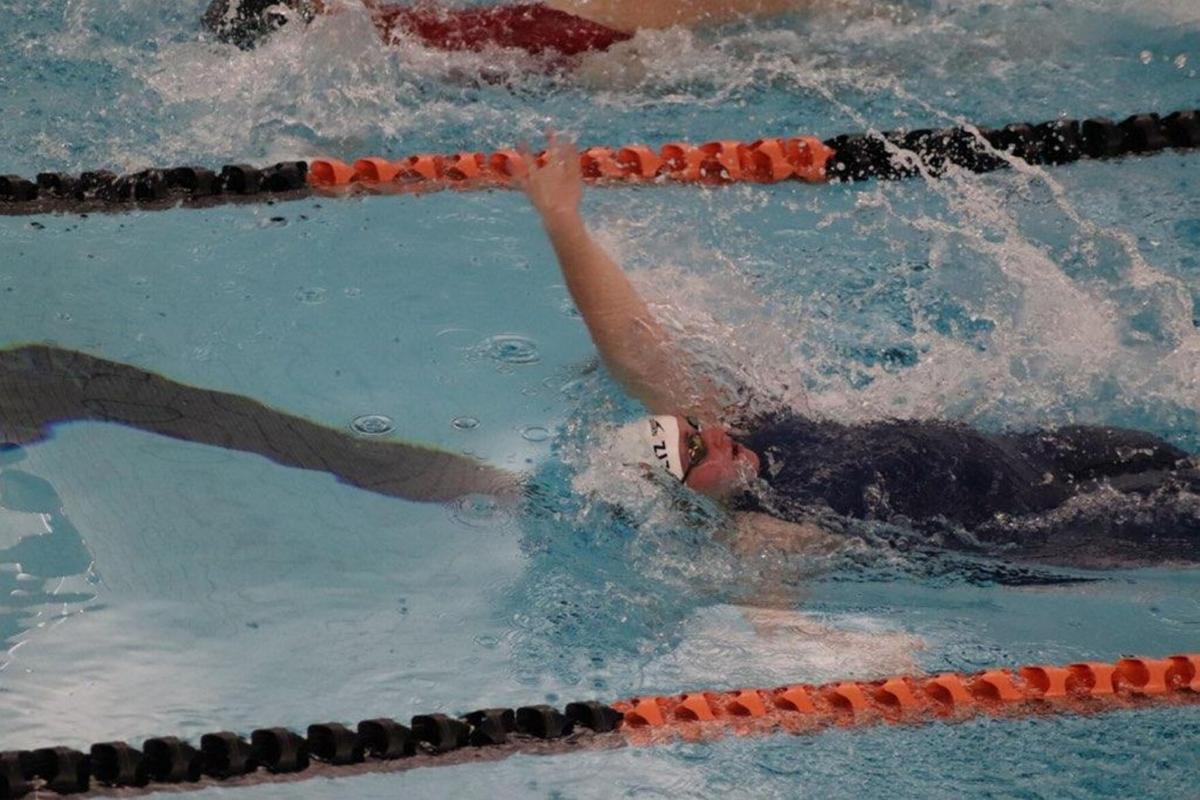 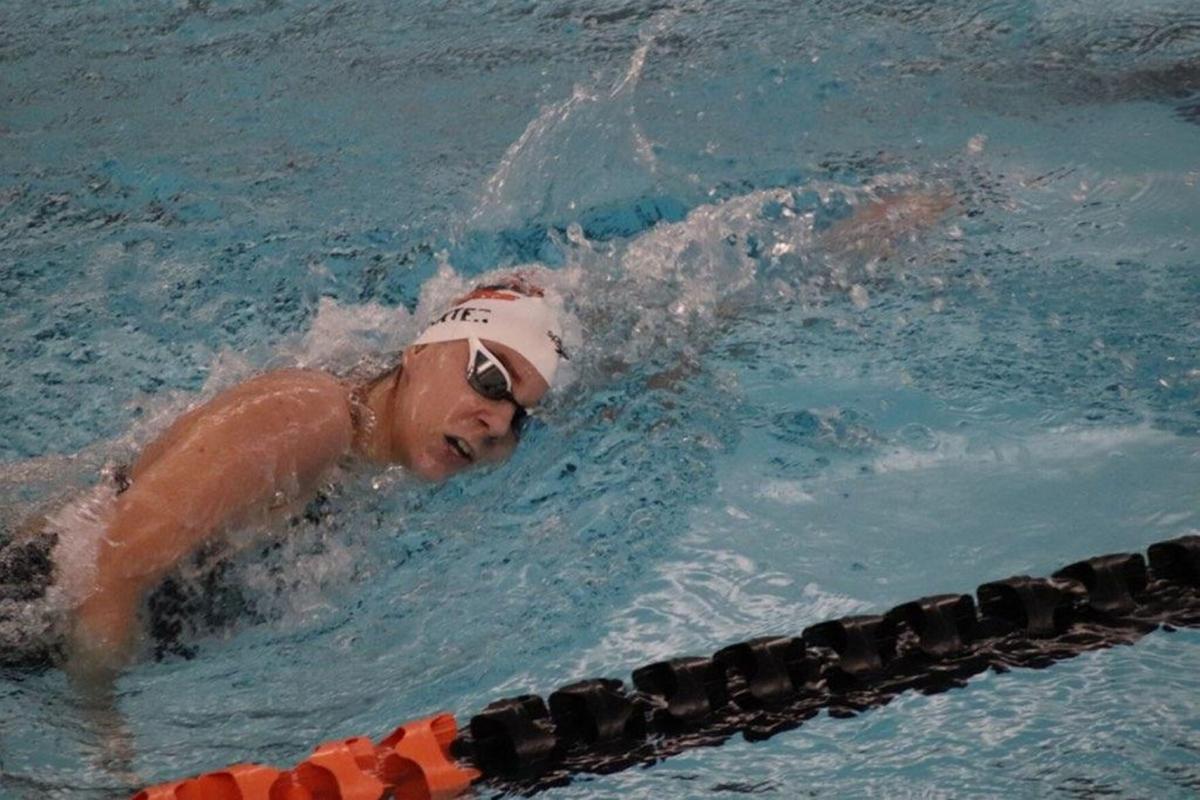 The Mexico girls varsity swim team lines up before a meet this season with its three seniors, Reatha von Holtz, Emily Babbitt, and Gwen Boulais, in order up front. Alissa Baxter photo provided.

MEXICO - The recent spring break offered a chance for area families to take a long-awaited vacation and some athletes a break from the grueling pace of the high school sports schedule of the past few months.

But for the Mexico varsity girls swim team, it simply meant there was more time to train.

The Tigers practiced in double sessions throughout the recent spring recess, combining for four hours per day in the pool with some dryland exercises, aiming to utilize every minute of their condensed Fall II season that took months of waiting to commence.

Mexico entered the week with a 3-0 record in dual meets, including the program’s first win over perennial power Jamesville-DeWitt since 2007.

“I think once we finally got in, I think we were all ready to work and show what we can do in the short amount of time that we have,” said junior standout, Carolyn Zedack, one of Mexico’s four returning state qualifiers from the fall 2019 season.

“It’s really exciting, probably more than any other season because we’ve been out of the water for so long, so it’s just fun to get back and competing with the team again,” she added.

Much of the varsity squad trained in a nearby lake during the summer and into the fall until temperatures dipped in late September. At that point, many started to reserve time and drive roughly an hour to Red Creek, the closest community pool that was open to the public this past fall, to maintain their momentum.

The amped-up Tigers, especially their three seniors, tried to stay positive during workouts while their originally planned fall season was delayed a day before their first scheduled practice without a firm answer on the potential for the Fall II campaign.

“It was definitely frustrating waiting, it wasn’t easy,” said Reatha von Holtz, a long-tenured senior and one of three captains. “It was especially frustrating knowing that the pool is one of the safest places that you can be through the pandemic because it doesn’t activate the virus, so as a senior, I was very anxious and worried that I wasn’t going to get a senior year in the sport I’ve been doing for six years.”

Zedack ran cross country last fall while mixing in the lengthy drives to Red Creek about four days per week, and others focused intensely on their training in hopes of a season.

Senior Emily Babbitt worked on a farm and during downtime on the job, would mix in runs on the land and throw hay bales to work on strength and conditioning.

The Tigers were cleared to begin more traditional team workouts on Feb. 1 and practices began in early March. They opened the season with a 112-59 victory over Syracuse-City on March 16.

“I think just that first meet, being back with our team, because a lot of us haven’t been in school all year or been swimming or competing or doing any kind of sports, so I think that first meet back was just so exciting,” said Babbitt, also a senior captain.

Mexico had gained two additional wins coming into this week — claiming a critical 112-74 victory over Jamesville-DeWitt and a 125-58 win over Baldwinsville.

The Tigers claimed first-place in all but one event to beat the Red Rams for the first time in 14 years, according to coach Shawn Parkhurst.

“That was a huge meet for us, and it was a complete team performance,” Parkhurst said. “Our lineup was different, our top girls didn’t really swim their No. 1 races, they swam a different event because that’s what the team needed, and our underclassmen all stepped up.”

Mexico will be unable to continue its rise in the Section 3 and state landscape with both postseason events long since canceled due to COVID-19 concerns.

During the last full season in fall 2019, the Tigers sent a program-record five participants to the state tournament, including sophomore Alexa von Holtz, who made her third trip to states after becoming the first in program history to qualify two years prior.

Alexa von Holtz has already broken three school or pool records through the first three meets. She matched her own school record and set a new pool record at Mexico with a time of 24.55 seconds in the 50-yard freestyle.

Alexa von Holtz also leads the returning state qualifying free relay team that includes Zedack, Riley Baxter, and Evia Fontana, who have combined to approach their records in the 200 free relay (1:41.56) and 400 free relay (3:43.06) that were established en route to the state meet in 2019.

This year, the team goals are to finish unbeaten while aiming to rewrite much of the school record book.

“This is probably one of our best teams in the history of Mexico swimming, and to know that we could be the girls swim team that goes undefeated and really be the force to be reckoned with in the section is a big thing,” Reatha von Holtz said. “I’m excited to see what this team can do over the next few weeks.”