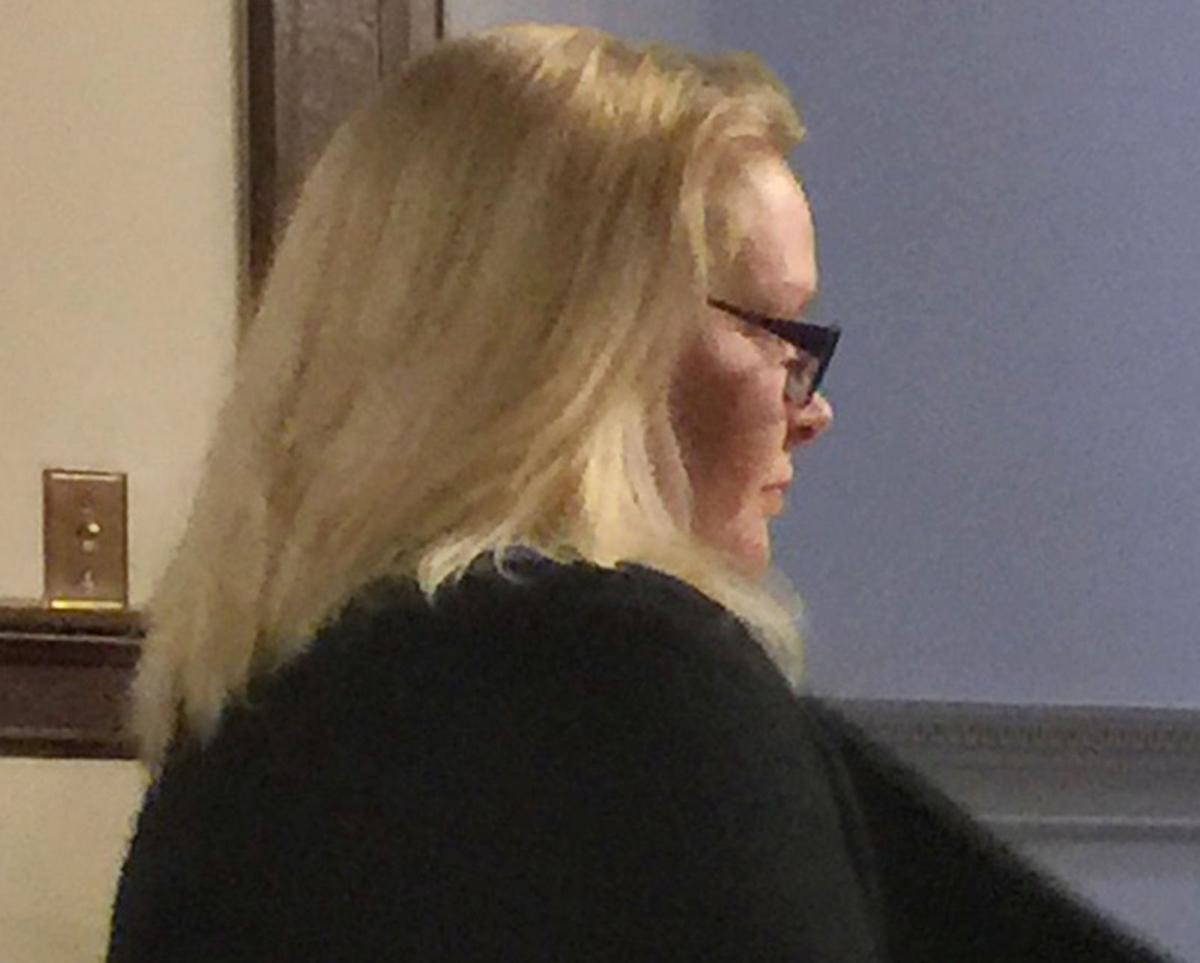 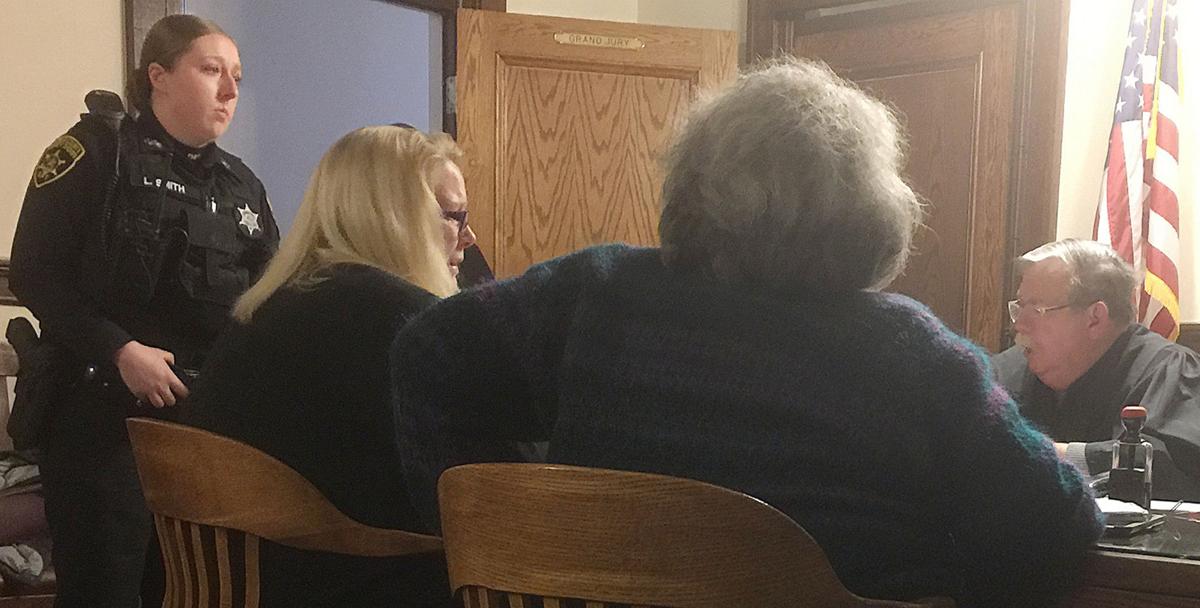 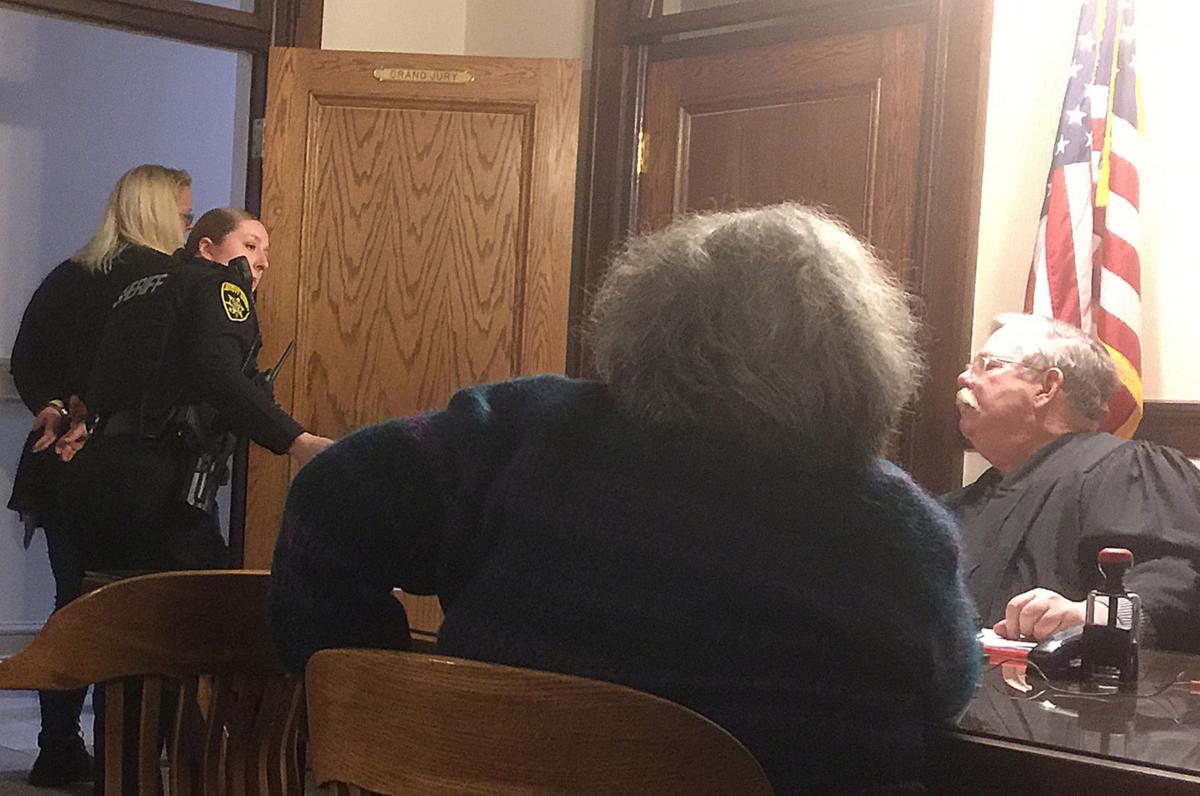 PULASKI – On Jan. 22, Town of Richland Judge James Ridgeway sentenced, Sarah Diamond, 28, to 364 days of incarceration in the Oswego County Correctional Facility for endangering the welfare of a child.

Diamond, girlfriend of the biological father of a four-year-old who was starved down to 22 pounds and not allowed medical care - whom doctors later called the victim of “maltreatment” and “chronic starvation” - received the maximum sentence for her involvement.

Oswego defense attorney Anastasia Gagas attempted to deflect the court’s focus on Diamond’s actions and guilty plea to a charge reduced from a felony to a misdemeanor by accusing the probation officer tasked with preparing the court-ordered pre-sentence investigation of threatening behavior toward her client and of preparing a report riddled with errors.

“We have a copy of the PSR (pre-sentence report) I have reviewed by just myself and then again with my client. There are multiple inaccuracies in here, there are allegations, there are things that really don’t have anything to do with this court,” Gagas said to Ridgeway.

She further accused the probation officer of being rude to Diamond.

“She raised her voice a few times,” said Gagas.

Judge Ridgeway then asked Gagas about Diamond’s alleged statement that she wanted nothing to do with probation. Gagas replied, “My client didn’t make that statement. That’s one of the inaccuracies.”

The judge responded, “That’s a relatively strong accusation to make against a Probation officer.”

At this point, Ridgeway brought Assistant District Attorney Robert Genant into the conversation.

“We just move sentence at this time,” said Genant. “We leave it in the sound discretion of the court. We have no objection to incarceration.”

Gagas responded to this in turn. “Judge, at this time,” she said, “I’m going to request there not be a sentence of incarceration, and my reasons why are because my client’s been with me for almost two years. She had her own biological children removed. She is trying to get them to come back with her. She sees them every other week. My client is stable. She owns her own home. She has a full-time job. She has a part-time job. She’s also looking at all different types of part-time opportunities.”

Gagas then asserted that teachers, medical staff, and the victim’s own primary care physician would not deal with Diamond because she is not the victim’s biological mother.

Ridgeway responded, “Ms. Gagas, wouldn’t all of these issues, shouldn’t they have been brought up before you allowed your client to enter a guilty plea to endangering? I’m having an issue with all of a sudden, multiple new issues, if you will, are coming up at sentencing, but there is a negative PSI (pre-sentence investigation) done, and none of it came up, surfaced, prior to that. I mean, it seems to me like the time to bring these issues up realistically has left the harbor.”

“Okay, is that pretty much it?” Ridgeway asked. And it was. Sentencing was at hand. The judge then spoke with serious emotion.

“I’ve been with this case from the beginning,” he said. “I believe I was the arraigning judge. And there was no denial on the record, at least initially through a good part of unbelievable profanity, and things were said to multiple officers, to people in position of authority, and now I’m being led to believe that probation has a specific axe to grind against your client. I gotta level with you. I don’t believe that. And if that is the case, then there are other venues where you can take that up. I would not be the proper person to bring that issue in front of, quite frankly, if you wanted to pursue some type of whatever, OK? That would not be on me.

“I’m working off the PSI that I have, and quite frankly, I’ve never seen a PSI this bad, and I’ve been a judge for 20 years. I literally have never seen one where in essence they say, our recommendation would be don’t allow the plea deal, and make her go to trial on the felony charges. I mean, that, in essence, is what probation is recommending. That is not probation’s... they don’t have the authority to do that, OK?

“There has been a guilty plea entered in my court on endangering the welfare of a child. I have spent time reading this, re-reading it, going over it, going over the original case. Quite frankly, there is not one child scarred for life in my opinion, there are at least three.

“It may not have been her intent, but that is the end result. I can’t fathom, I read through there and I see excuse after excuse after excuse. Quite frankly Ms. Diamond, you’re taking no responsibility for anything. Well, the child came to us malnourished. You had that child living with you for 10 months. Ten months. And that child was not allowed proper nutrition, it wasn’t allowed so many things that so many kids now-a-days just automatically take for granted.

“I try very hard as a judge to be compassionate, and I truly do. I think that probably as lawyers go, I would be considered maybe easier than a lot of judges. I don’t know. I like to think that I try very hard to be fair. I’ve weighed this, I’ve looked at it, I re-read it. Quite frankly, I prayed on it. When I say this case has cost me sleep, I am not exaggerating. And it keeps coming back to three little children that are wounded and scarred for the rest of their lives.

“What I am going to do is, I am going to impose a sentence of the maximum, 364 days incarceration. You already have some time credited, along with a surcharge, which I will note on here has not been paid yet, and that would be $260. And Ms. Diamond, I’m sorry, I know your family, I know your dad, but I read this report in here, and I don’t know if I noted that you’re on some medication, that you’ve had some issues there. I don’t know what it is. Maybe you can get things right when you’re incarcerated. And I pray, I pray frankly, that that happens.

“But, you had an opportunity to work with probation, to work with them, and there probably would have been maybe some type of a split like maybe 90 days in and three years probation, or something like that. I probably would have been inclined to do that had that been the recommendation, but there was continued denial, there was you saying, and I believe this, that I don’t want probation, I would just rather do the straight time.

“I don’t believe, there may be a part or two of that PSI that isn’t accurate. That does sometimes happen. They get caught up in things. I find it absolutely impossible, impossible, to believe that there are 15 errors in there, OK? I mean, I really do. And if I’m wrong, then I hope you find the proper venue to re-approach that. I know you do have some time credited, but the sentence of this court is incarceration for 364 days.”

Gagas, in a last-ditch effort, asked if there was something they could work out so that Diamond can save her home.

And with that, an Oswego County Sheriff’s deputy led Diamond out of the courtroom and she was driven to Oswego County Correction Facility where she will serve her sentence.

There will be no appeal. As Diamond’s attorney Anastasia Gagas explained, “there’s no way to appeal a decision when a plea offer is entered. When you make a plea, you give up your right to appeal.”

Cases such as Diamond’s are certainly difficult for defense attorneys. They do what they can. Gagas sees her role this way:

“My obligation of defending a client with serious criminal charges is to make sure that they get an opportunity to assert their legal rights and that their legal rights are protected,” she said. “Beyond that, I don’t do anything else. You just can’t. My assignment is now complete.”