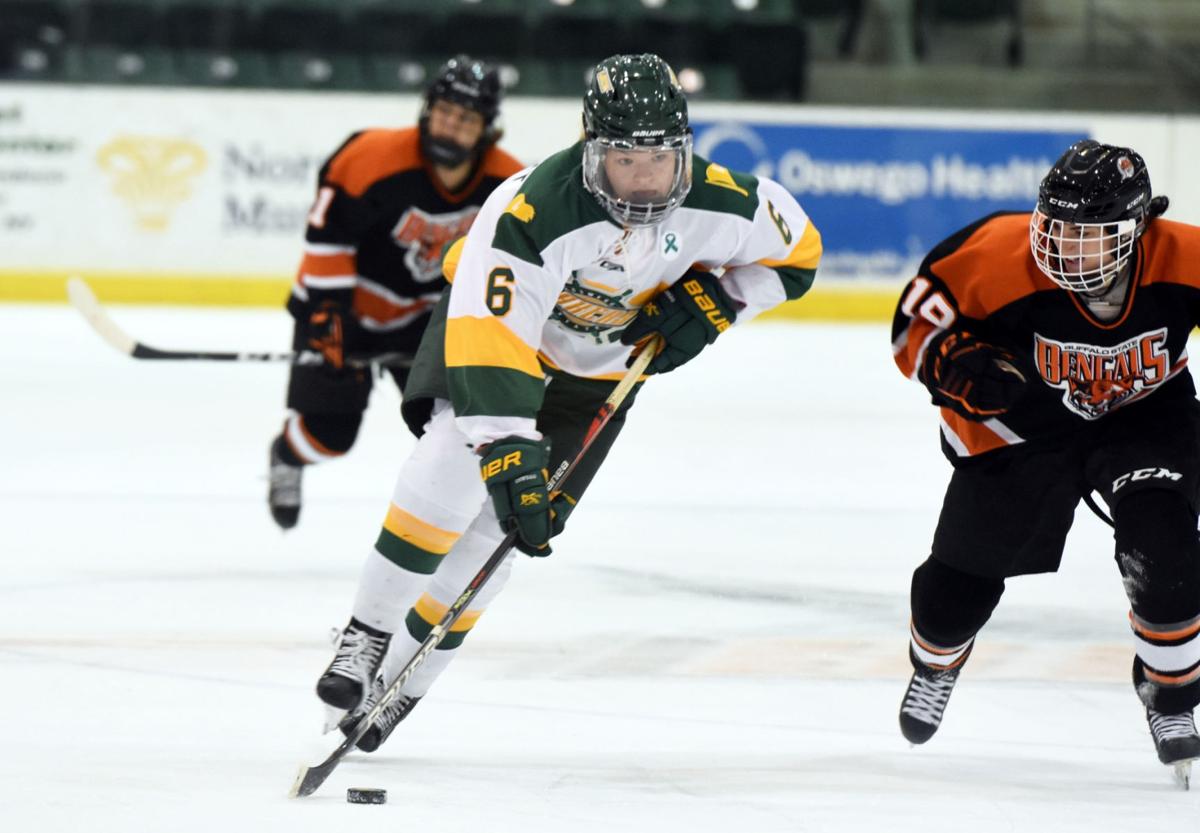 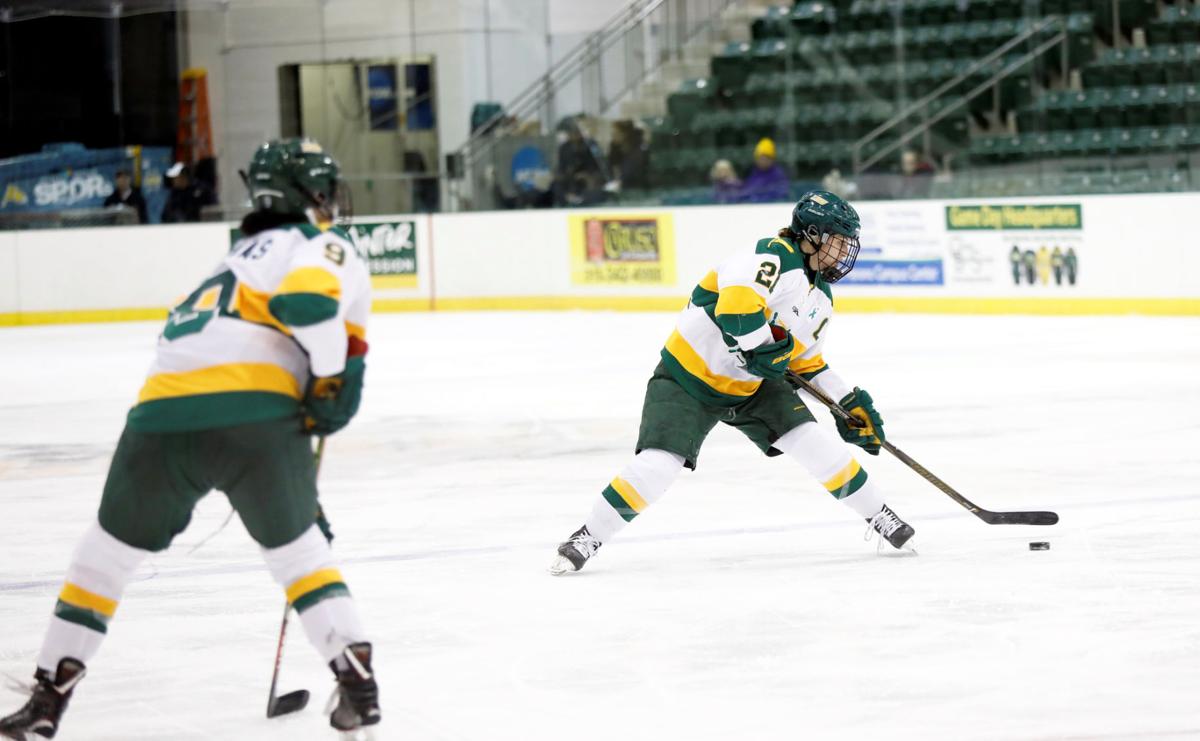 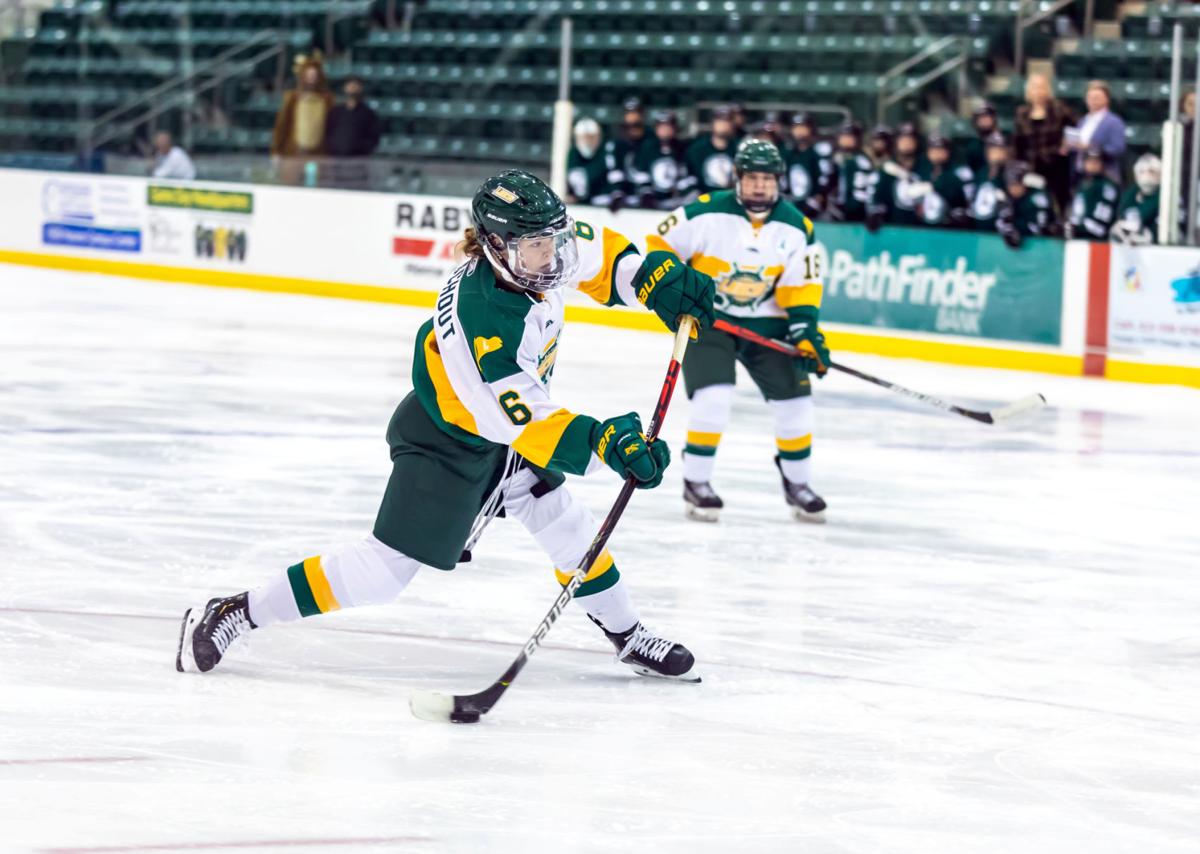 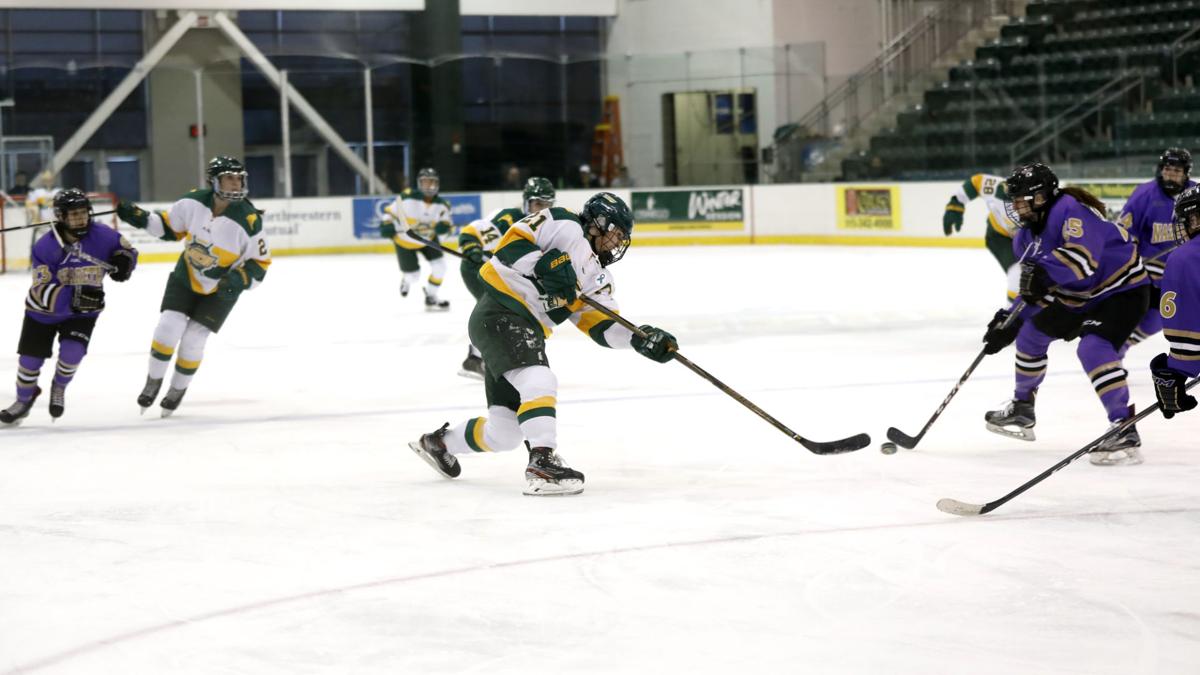 The Lakers recently concluded a resurgent campaign with a 16-7-4 overall record and a mark of 10-4-4 in the NEWHL for a second-place showing — doubling its conference win total from last season while securing its highest finish in the league standings in the NEWHL’s three seasons of existence.

“We feel good about the season,” said Oswego State coach Diane Dillon, who finished her 14th campaign as Lakers head coach. “Did we want to go further and win that championship? Absolutely, but we were happy with several of the things that we accomplished this year from a winning record, beating some ranked opponents, and putting ourselves in position to win our first championship.”

She added: “We had some great personal successes for our players, integration of a new coaching staff, a very talented freshman class and our senior class I think had the best season of their careers, so a lot of good things happened. When that all comes together it makes for a very productive and fun experience.”

Randazzo — a rare three-year captain for the Lakers from Ancaster, Ontario in Canada — became one of only two players selected to the All-NEWHL teams in each of the league’s three seasons.

She played in all 105 possible games throughout her four-year career and recorded three goals to go with 13 assists this past season, finishing with career totals of 11 goals and 42 helpers as a well-rounded defender.

“Kate is modest about it,” Dillon said. “But, she’s one of the hardest working players that we’ve ever had put on a Lakers uniform. That’s the payoff.”

Teachout was also named the NEWHL Rookie of the Year last month after leading the Lakers in points with 13 goals and 16 assists. She finished eighth in the conference for points, seventh for goals scored, and tied for ninth in assists.

The Auburn native also tallied a pair of game-winning goals, and scored four power-play goals to tie for fourth in the NEWHL with junior teammate Philomena Teggart.

First-year assistant coach Megan Ahern added: “I think it reflects really well on these girls and on all the rest of their teammates. They know that you don’t get those type of awards without a solid team foundation.”

Farmer stopped 608 shots and posted a save percentage of .914 to rank second and fourth in the NEWHL, respectively, and was the only goalie in the conference to stop more than 600 shots at a rate of at least 90 percent.

Oswego improved its scoring drastically and accumulated 70 goals, compared to just 51 a season ago, and increased its power-play production from six goals (.062 percent) last season to 20 goals (.190) this past year. Oswego also allowed just 691 shots on goal against compared to 839 a season ago.

“We were able to score more goals this year which is always important, but (Farmer) also really stood on her head for us so we were able to keep pucks out of the net,” Randazzo said. “Each game, there are probably different reasons that we won and different factors went into it, but I think compared to last season, we were just a little better in all aspects as a team. … That pretty much came down to what a good group we had in the locker room, and I think that’s responsible for a lot of it.”

The Lakers will lose longtime contributors and team leaders — Randazzo, Stewart, Farmer, and defender Madison Byrne — to graduation but bring back the rest of its roster to continue working with Dillon and first-year assistants Ahern and Mark Digby.

Each graduating player’s nameplate will remain at their locker in keeping with a program tradition, reminding the returners of those that laid the foundation for their chances at future success.

“I love my teammates and this team,” Randazzo said. “You can go and play hockey anywhere for four years but we’re really a family here, so it was great for me to get to meet all the new players and help them grow the way the captains helped me when I was a freshman and sophomore.”