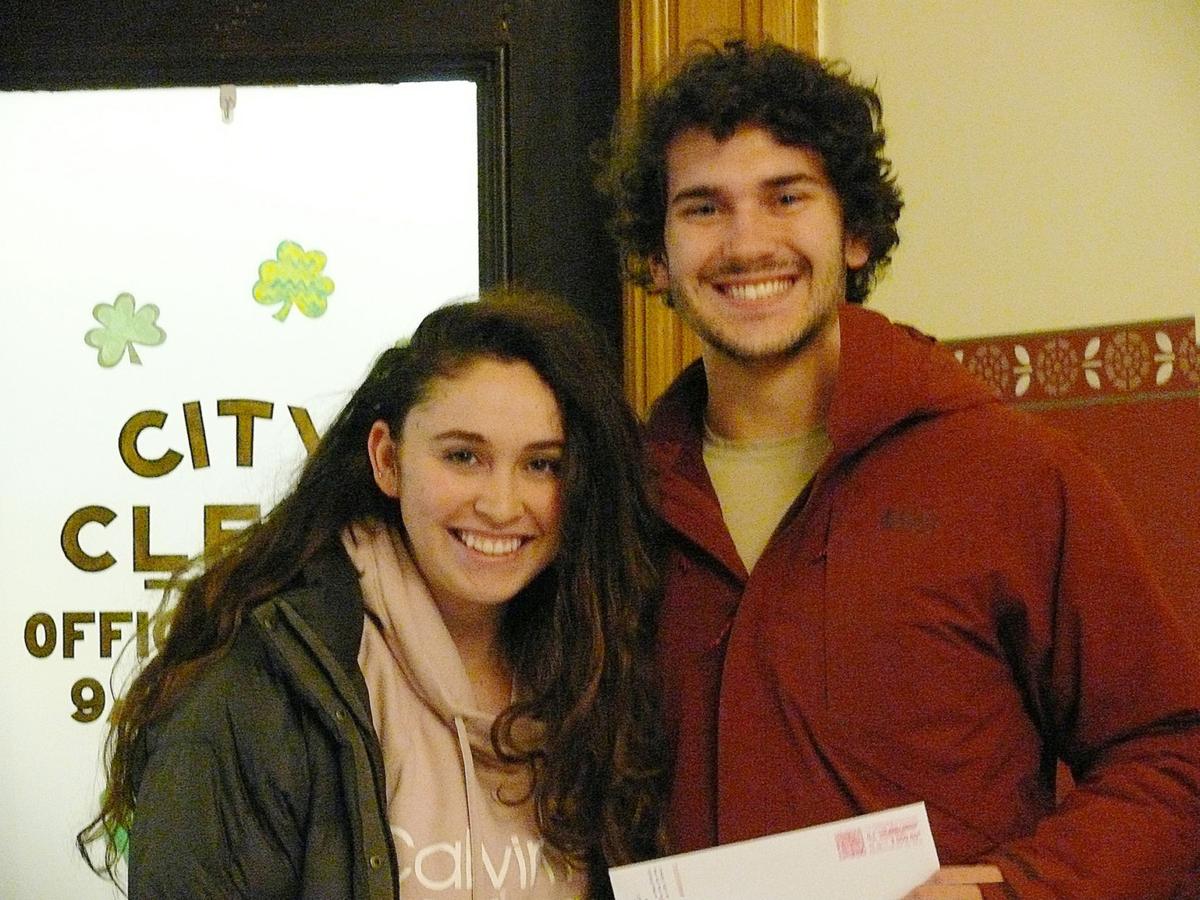 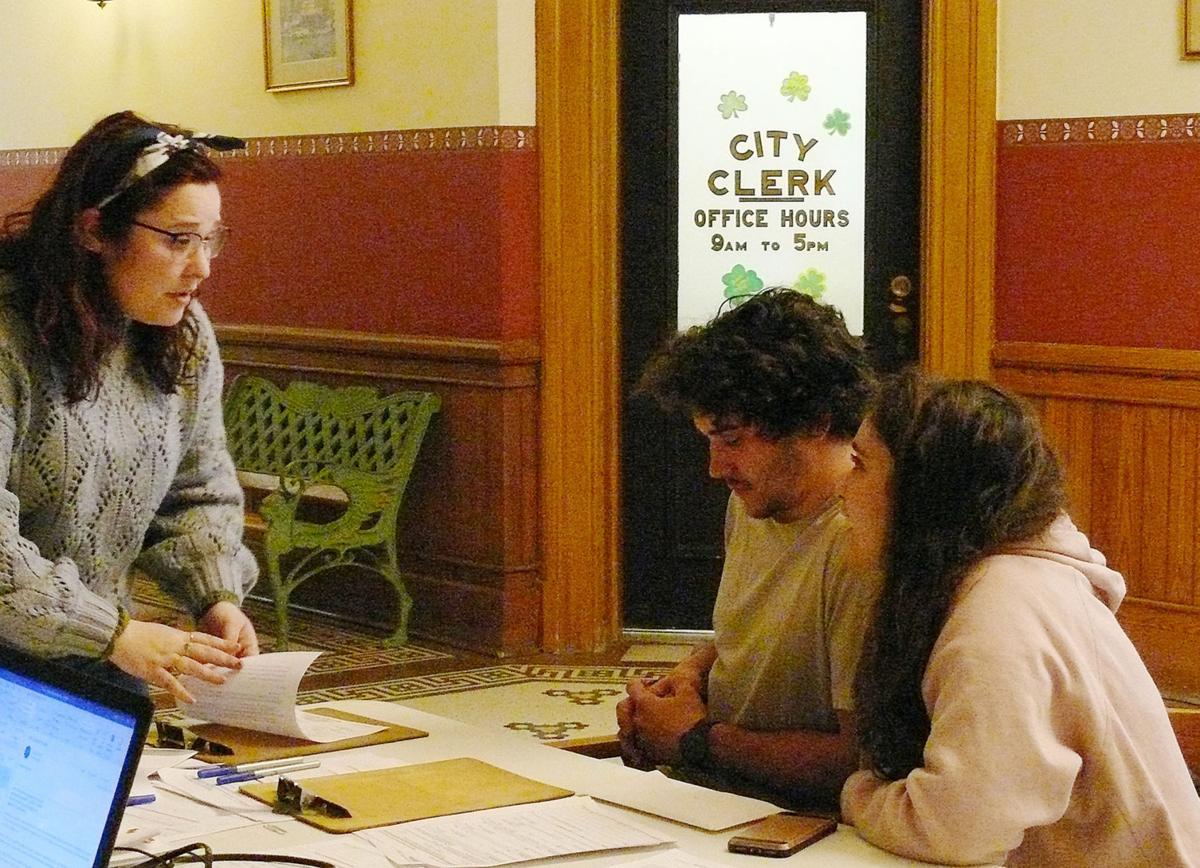 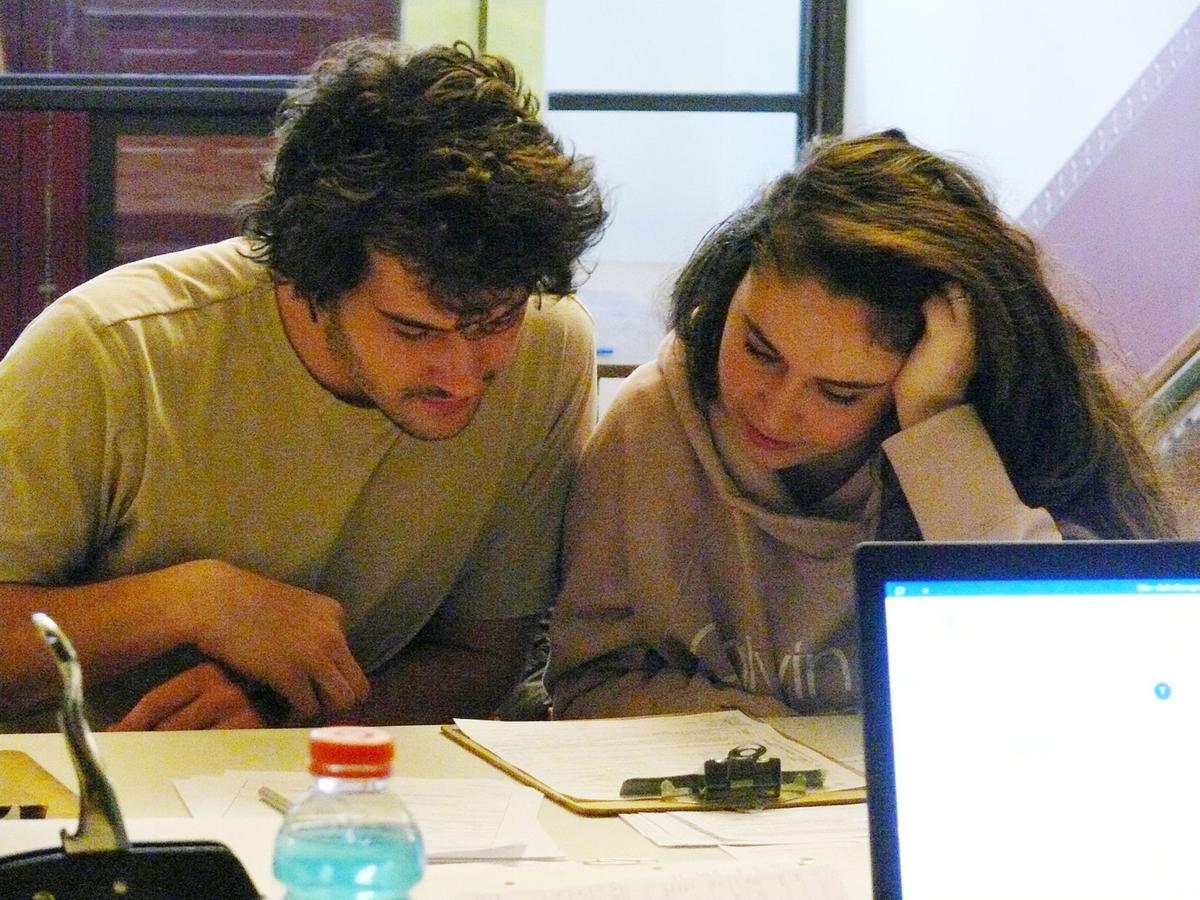 Matt Harrington and Giselle Degre ponder some of the paperwork involved in obtaining their marriage license. Randy Pellis/Oswego County News 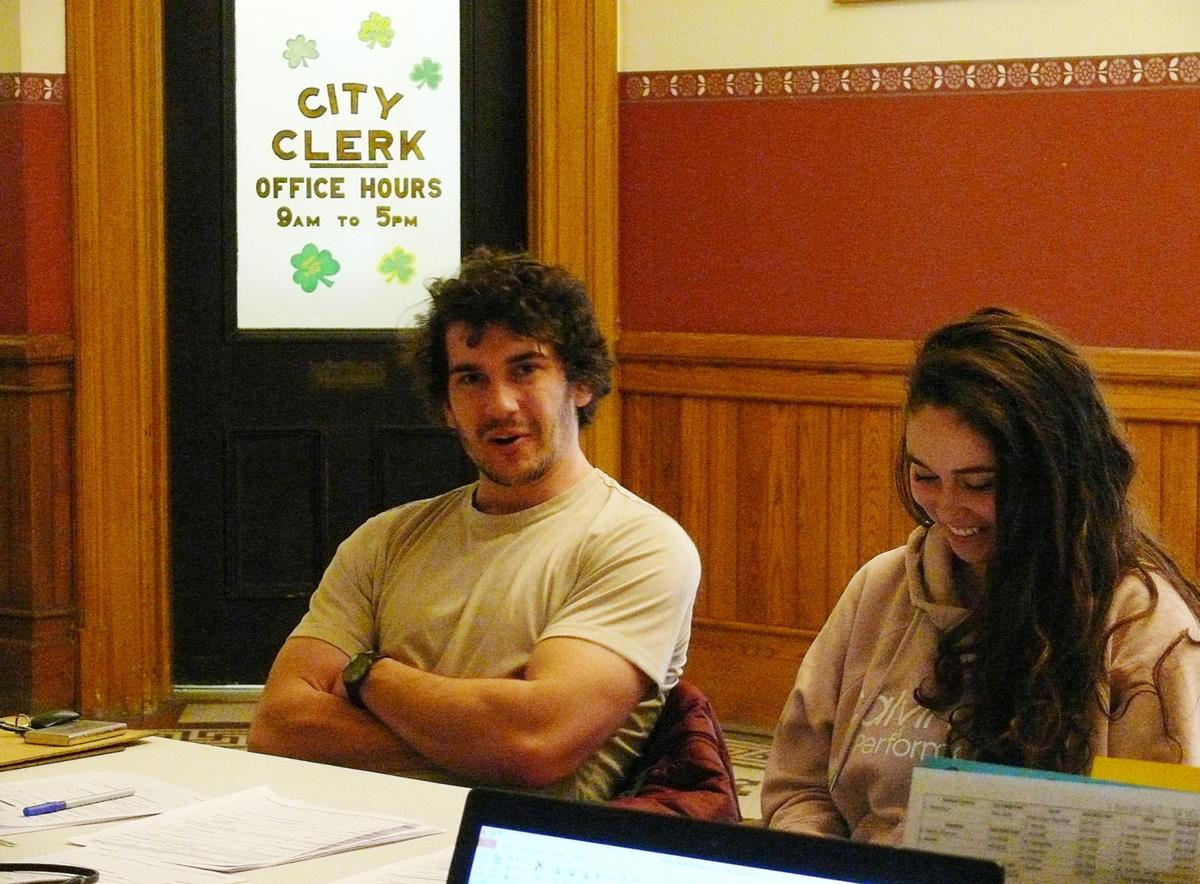 Matt Harrington and Giselle Degre at the sole table in the lobby of Oswego’s City Hall there to obtain their marriage license during City Hall’s very reduced hours due to the coronavirus epidemic. Randy Pellis/Oswego County News

Matt Harrington and Giselle Degre ponder some of the paperwork involved in obtaining their marriage license. Randy Pellis/Oswego County News

Matt Harrington and Giselle Degre at the sole table in the lobby of Oswego’s City Hall there to obtain their marriage license during City Hall’s very reduced hours due to the coronavirus epidemic. Randy Pellis/Oswego County News

OSWEGO — Matt Harrington and Giselle Degre, both of Rochester, were planning to go to Skaneateles on Friday for a marriage license, but were called by the town clerk and told they couldn’t do anything public.

Instead, the couple drove to Oswego on Wednesday due to the closing of every other city clerk’s office to get their license.

“We couldn’t slide it under the door, nothing,” Mr. Harrington said. “They (Skaneateles) were completely closed. So, we figured we’d reach out to Oswego. It’s where I’m from.”

City Hall was shutting its doors for all but one day per week, and even then, only the first floor would be open. Mayor William Barlow had announced all services would still be available, but everything was to be done on the first floor.

Originally, this plan was to be the city’s coronavirus-inspired new way of doing its everyday business, but that changed quickly as Gov. Andrew M. Cuomo kept reducing the number of people who could go to work.

In response, City Hall would only be open on Wednesdays with one hour for lunch — from noon to 1 p.m.

On Wednesday, Emily Barlow, city clerk, one of two people sitting at the only table inside City Hall, was seemingly the only person that could get the couple a marriage license in all of upstate, or at least the western half of it.

The couple first drove to Lafayette to pick up Ms. Degre’s birth certificate and from there, straight to Oswego.

They’ll be getting married on May 2, but the party will be in November.

The big wedding and reception were originally scheduled to take place on May 2, but due to the current pandemic, the two are going to Skaneateles on May 2 with just family and a couple friends in the bridal party to say their vows. Their reception will be at the end of November.

“We were really disappointed at first, but it’s turning out to be the best of both worlds because we got the small, intimate sharing (of) our vows and then we also get the big celebration,” Ms. Degre said. “It’s a win-win.”

The couple laughed more so at the timing of their upcoming celebration. They had to write down their ages on one of that afternoon’s forms.

“This is the only week that that would ever happen,” Ms. Degre said.

Ms. Barlow had many instructions for the couple as they filled out their forms, but no marriage advice.

“We marry ‘em. The county divorces them. I’m the happy one,” she said.

The couple paid their $40, and with smiles all around, were about to be on their way before photos were taken. Mr. Harrington and Ms. Degre, jokingly, were reminded of social distancing by a reporter as the couple took photos together.

Ms. Barlow asked to give the license the once over.

“Does it look good to you?” she asked.