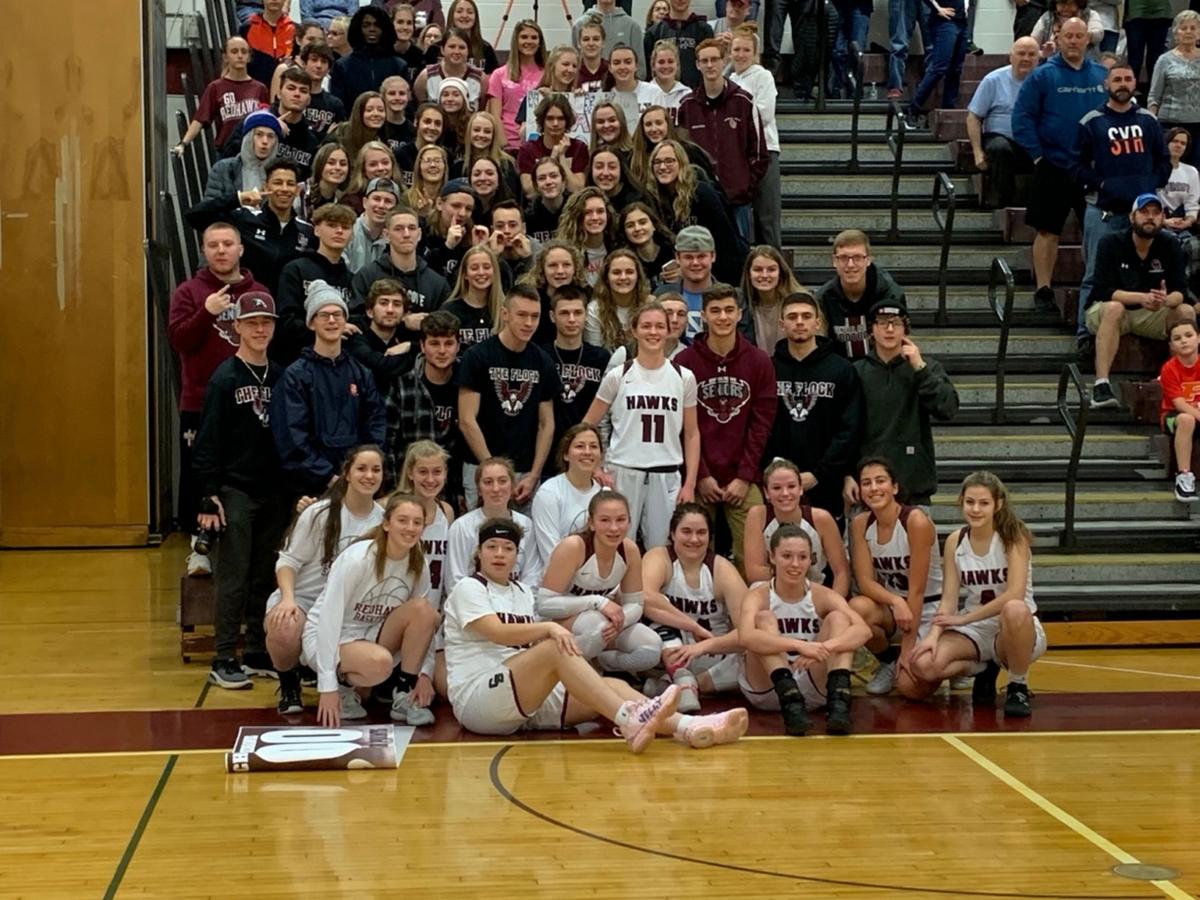 PROVIDED BY JIM DRANCSAKCentral Square girls varsity basketball junior Julia Mann (11) poses with her teammates and the student fan section “The Flock,” after scoring her 1,000th career point during the third quarter of a game last Saturday against General Brown at Paul V. Moore High School. 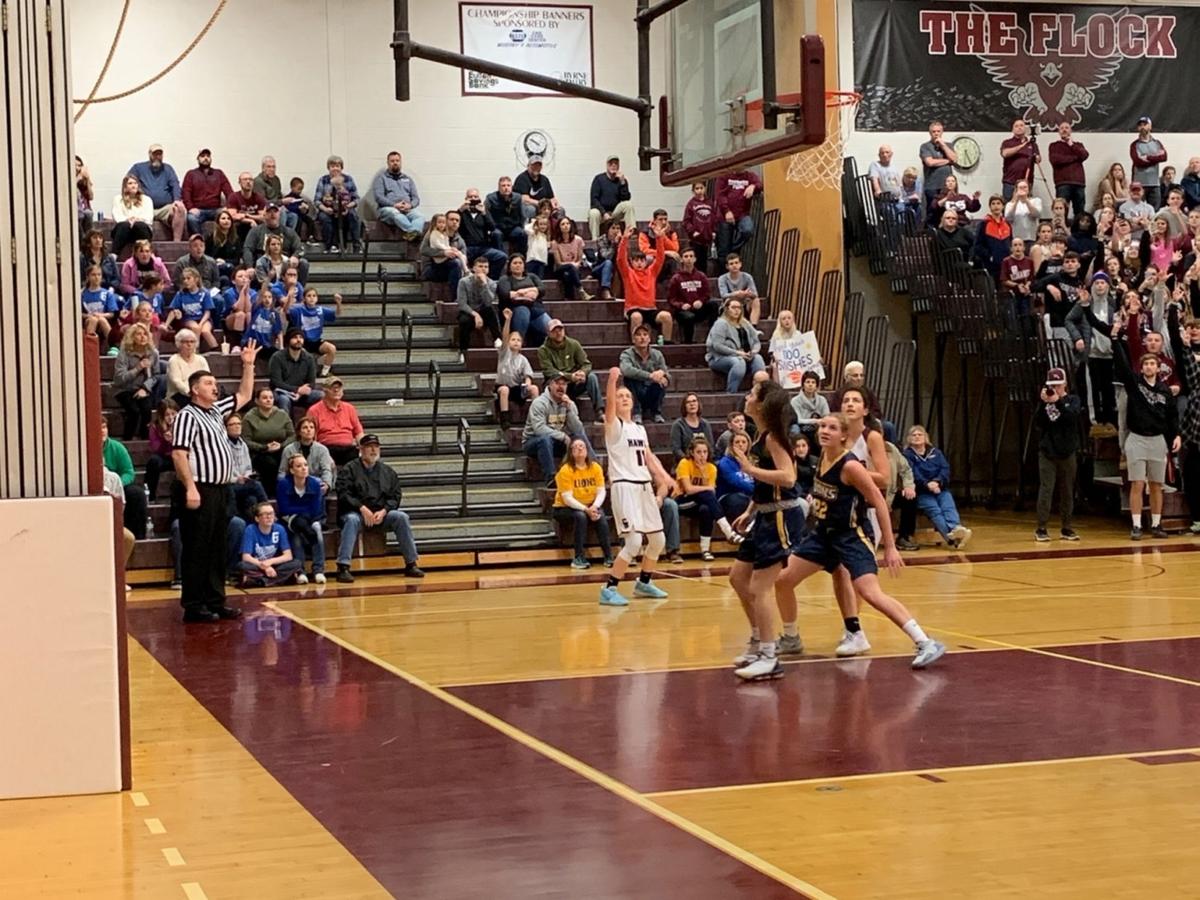 PROVIDED BY JIM DRANCSAKCentral Square girls varsity basketball junior Julia Mann (11) poses with her teammates and the student fan section “The Flock,” after scoring her 1,000th career point during the third quarter of a game last Saturday against General Brown at Paul V. Moore High School.

CENTRAL SQUARE — Julia Mann kept a list of the names and career totals of the Central Square girls basketball players that scored 1,000 career points while she was a young player emerging through the program, and the junior guard etched her name among them last Saturday.

Mann connected on a 3-point field goal with three minutes left in the third quarter of a 65-51 loss to General Brown last Saturday at Paul V. Moore High School to surpass the 1,000-career point mark and join the exclusive club.

Mann became the fifth girls player and eighth overall in Central Square history to reach the milestone, and is the second from either the boys or girls team to do so as a junior.

“Ever since I was young I would look into that trophy case and I wanted to be that,” Mann said after the game, still fighting through tears as she was greeted by numerous fans afterward. “I had all the girls written down with their numbers and it’s been my goal since forever. It felt amazing to achieve that. Those players were all an inspiration to me.”

Mann’s 3-pointer from the corner tied the competitive nonleague game at 40 points apiece and her Redhawks teammates, aware of the impending milestone, rushed the court to swarm the standout guard in the midst of her fourth varsity season.

Mann wiped away tears throughout the celebration and pointed to the Redhawks’ roaring student section, “The Flock,” and posed for photos with the group and her teammates that brought a banner onto the court.

The crowd continued to chant ‘Julia,’ as she hugged teammates and longtime Central Square head coach, Kevin Brazell, and play resumed a few minutes later after recognizing the prolific achievement.

“It was incredible, emotional,” Mann said. “I just felt so thankful to God for giving me this opportunity, to my family and my coaches and teammates, it was just amazing. I can’t even describe it. It was just incredible.”

Mann finished Saturday’s nonleague setback with 14 points and entered this week with a career total of 1,004. She was 10 points shy of the milestone approaching the game and scored six points on 1-for-6 shooting in the first half.

Mann said she was aware of her career total going in and had scored 17 and 13 points, respectively, in her previous two games last week.

“I was just trying to stay ready, kept working hard, and there was a lot of energy coming into it,” Mann said. “I’m just so thankful for my teammates.”

Brazell described Mann as a physical and smart player, as willing and capable of distributing as a trusted floor general setting up offense for her teammates as she is of scoring.

“She’s probably a better person than she is a player,” Brazell said. “She’s a good leader and just so supportive of everybody on the team, and it’s a real thrill for me getting to coach her.”