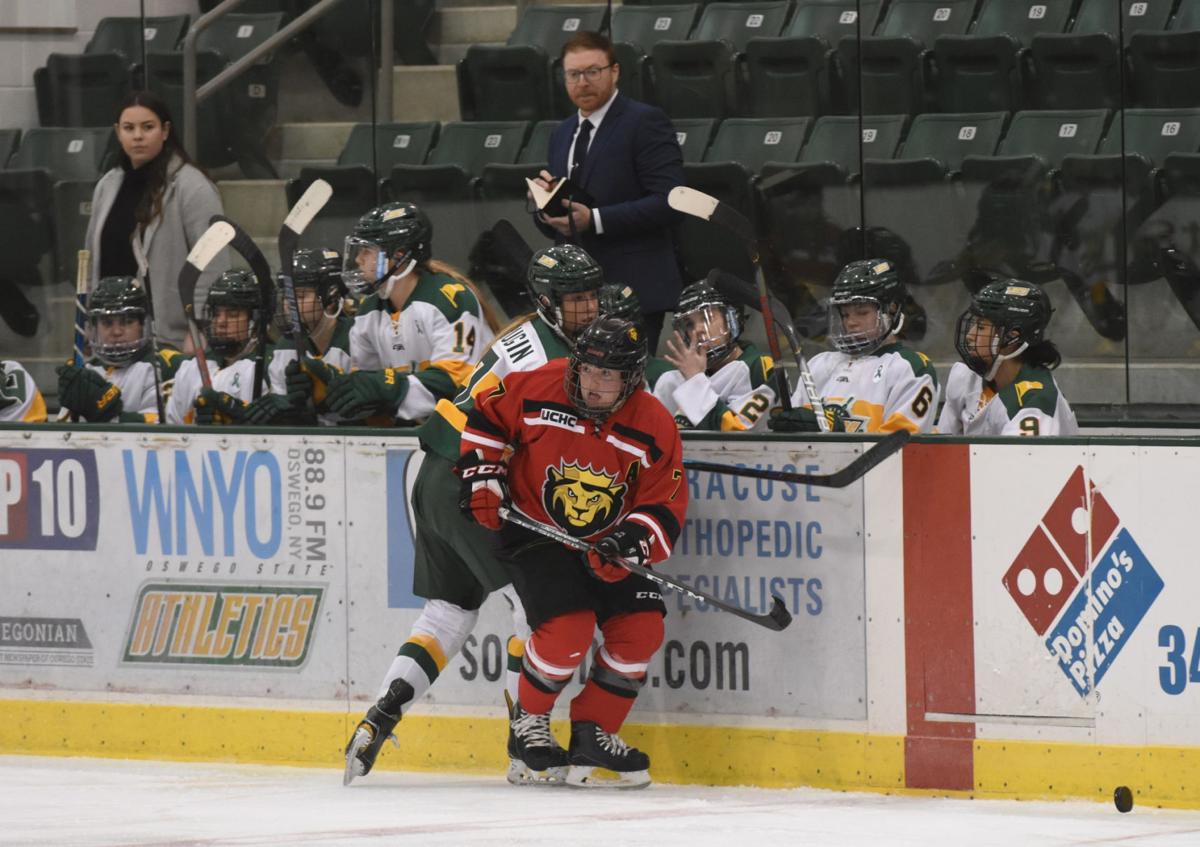 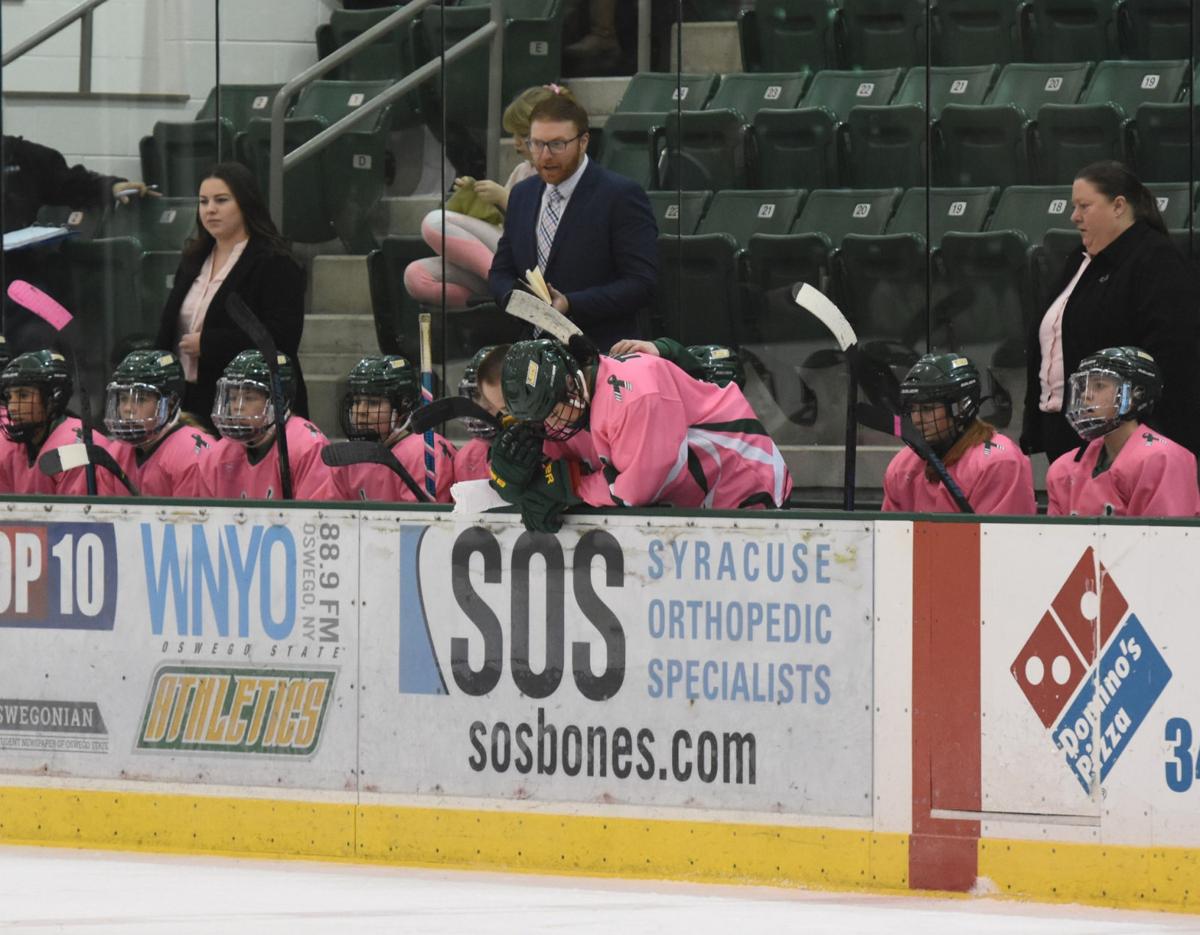 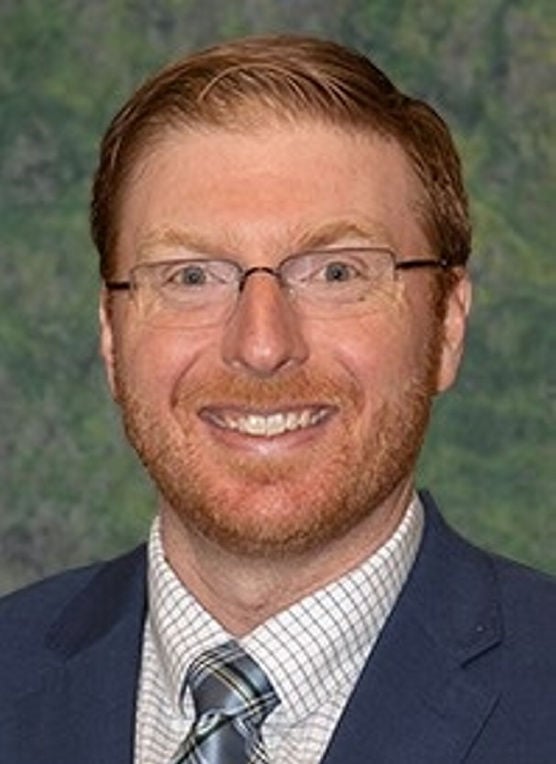 OSWEGO — The Oswego State women’s ice hockey team has turned to a familiar face to guide the program through the pandemic and into the future.

Mark Digby — a longtime assistant coach for the Lakers men’s team before moving to the women’s program as the associate head coach last year — was named interim head coach of the Oswego State women’s ice hockey team on June 17.

Digby played four years of NCAA Division III hockey at the College of Brockport from 2001-05 and stayed at his alma mater to work as an assistant coach before joining the Lakers.

“It’s been quite a road since then and I wanted to make sure that when I had the first opportunity that I was prepared and wasn’t going to be in over my head,” Digby said. “I wanted to have everything ready, and not that there won’t be challenges that I’m going to have to learn on my feet, but I think with the experience that I have I’m certainly prepared to hit the ground running here.”

He added: “I think that we’re poised to continue the success that we started this year and really just try to create that consistent balance between positive experience and positive results.”

Dillon, who had coached the program since it was re-launched in 2006, retired to complete her 14-year tenure as head coach earlier this month.

The former Cornell star helped the Lakers post double-digit win totals in each of the last 10 years and the program competed in 10 conference tournaments during her time guiding the program.

“Diane Dillon recently retired from her post after 14 years of dedicated leadership at the helm of Oswego State’s women’s hockey program,” stated Dr. Jerri Howland, SUNY Oswego’s vice president for student affairs and enrollment management, via email. “The college thanks her for the many positive contributions she made as the very first coach of the program, and wishes her well in retirement.”

Digby was added to Dillon’s staff last season and the Lakers finished with a 16-7-4 overall record and a mark of 10-4-4 in the NEWHL conference. That represented the team’s highest win total in five seasons and doubled its number of conference victories from the previous year.

The Lakers men’s team reached the NCAA Tournament in seven of Digby’s nine seasons as an assistant, including four trips to the Frozen Four from 2011-14, two national title game appearances, and SUNYAC Tournament championship crowns in 2013 and 2014.

“Coach Digby is a very talented coach and has been a big part of the success of our hockey teams, whether with the men or last year with the women,” said Oswego State interim director of athletics, Eric Summers. “I am looking forward to seeing him build on the success of the women’s program this year as we compete for a NEWHL Championship.”

Digby said that he had kept in contact with returning players and incoming recruits since the end of the past season, and that the team has made a strong effort to maintain consistent communication throughout the onset of the COVID-19 pandemic, both prior to and following the announcement of the change at head coach.

Players have organized group zoom video conferences, individual FacetTime meetings with their coach, and found other ways to stay in touch as they aim to build off their best season in a half-decade.

“I think the nice part for me is having the position and the role that I had last year, the last couple of weeks really hasn’t been any different, it’s more of a continuation of what we’ve been doing and communicating with our current players and our recruits, and making sure we’re set up for the future here,” Digby said.

He added: “I think the best thing I have going for me is that the players understand my style and they understand the expectations, and how it is that we want to set the culture of the program. I think they’re all on board and they’re excited, and they’re going to be a fun group to work with.”

Digby is married and he and his wife, Jessica, have two kids – Grace and Michael. Digby has also been active directing area youth hockey camps and coaching in the area’s minor hockey system for much of his tenure at Oswego.

Digby said that he continues to be impressed by the level of passion that fans in the area possess for the sport and said that he was approached to talk about the upcoming season while pumping gas last week.

“You just don’t see this many places, really anywhere, where hockey has the support that it has from the youth level all the way up to the college,” Digby said. “It’s fun, you go and watch a high school game and there are people in the stands, and they have the band going, and that’s exciting. I think that’s probably the tie between the college hockey and minor hockey that has really driven that relationship.”

He added: “That can add an extra level of responsibility to feel like you’re not just building a program for the team or the players, but there’s a bigger purpose to it, it’s growing the game not just at Oswego but in the community in general, and I think when you have that type of motivation, it’s easy to get up early and put a little extra time in.”