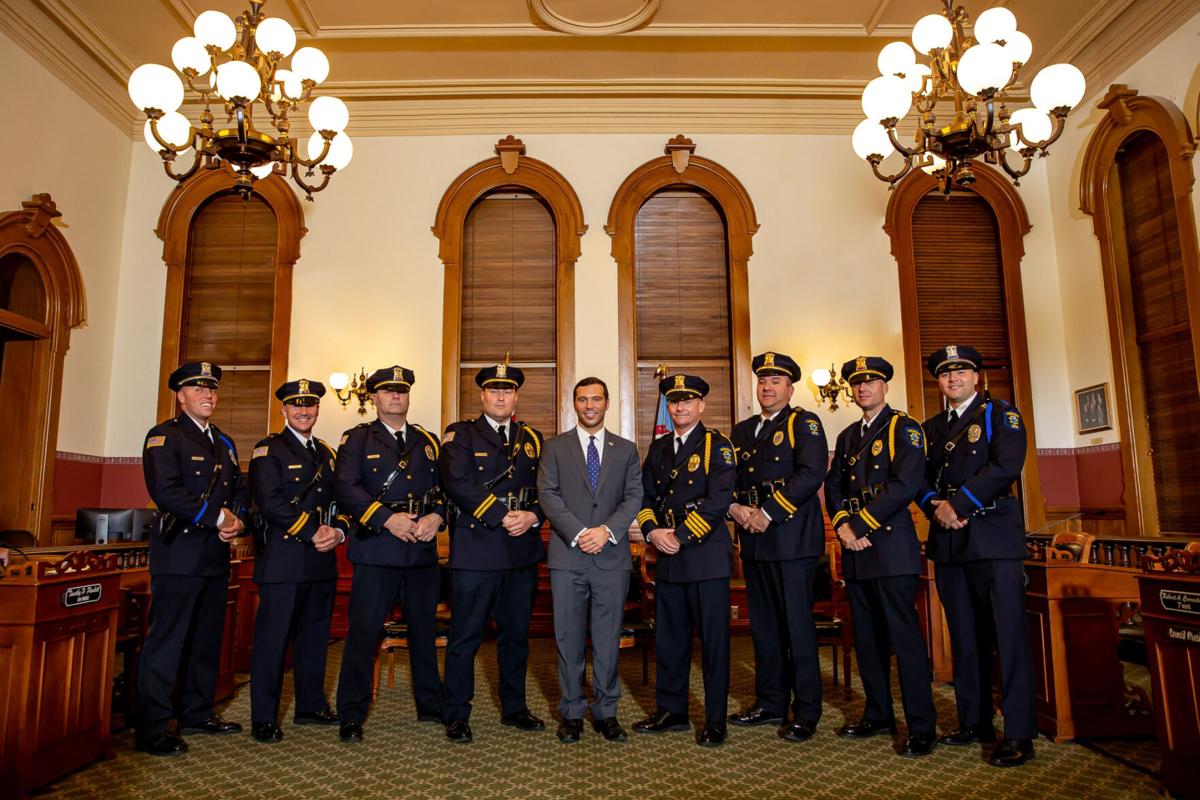 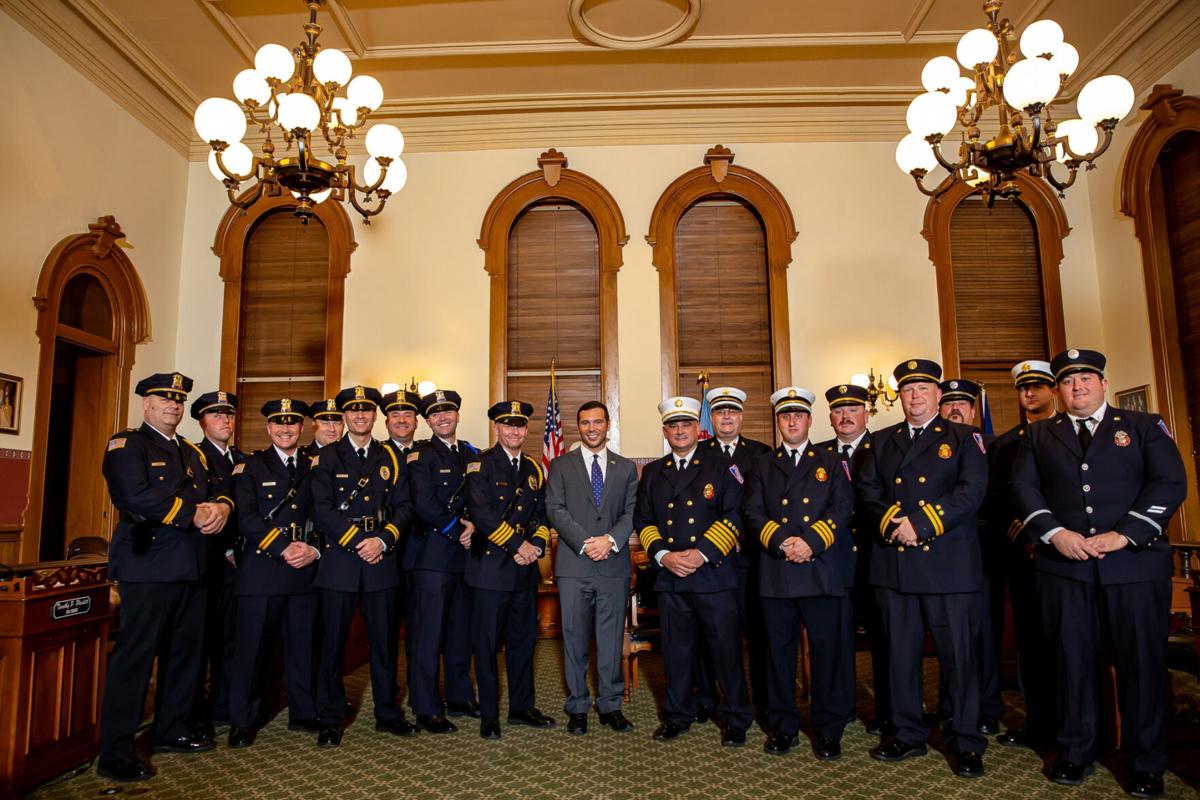 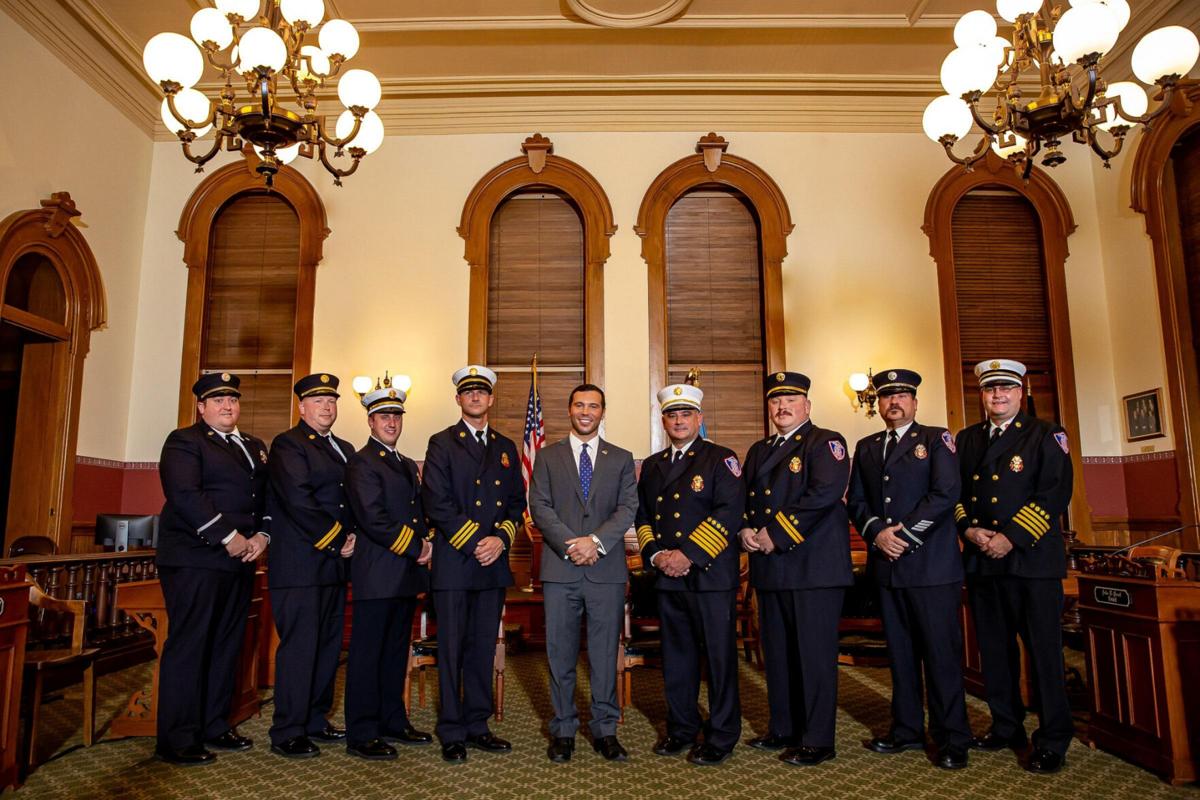 OSWEGO - Mayor Billy Barlow hosted a promotional ceremony at City Hall for the Oswego Fire Department and Oswego Police Department, promoting seven police officers and six firefighters to new positions. The promotions in the fire department are taking place due to various recent retirements while the Oswego Police Department promotions occur due to a restructuring of the department, including the re-introduction of the captain position.

Andrew Montalbano and Michael Zalewski have both been appointed Deputy Chiefs of the Oswego Fire Department, Joseph Smegelsky and Mark Kapuscinski have been promoted to Fire Captains, and Anthony Lazzarro and Leonard Hartle are now Fire Lieutenants.

“These promotions were earned, and this ceremony recognizes some of our most dedicated first responders, and I can personally attest to their high levels of performance and commitment to the residents of our community. Under the leadership of Chief Cady and Chief Griffin, we’ve seen a transformation of our police and fire departments and most significantly, a transformation of the culture within each department. These promotions reflect that change in culture, with the best of our first responders rising to the top,” said Mayor Barlow.

Several friends and family members of employees receiving promotions were in attendance to witness the ceremony along with city department heads and members of the Oswego Common Council.