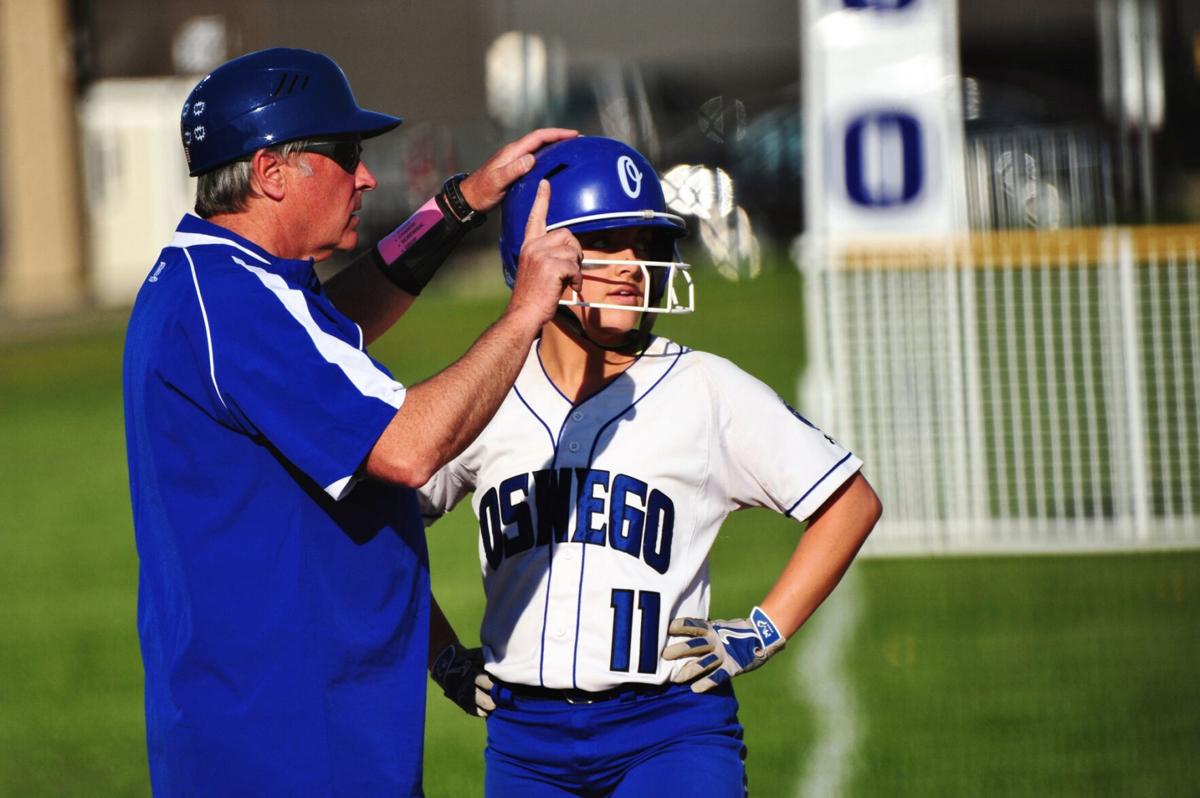 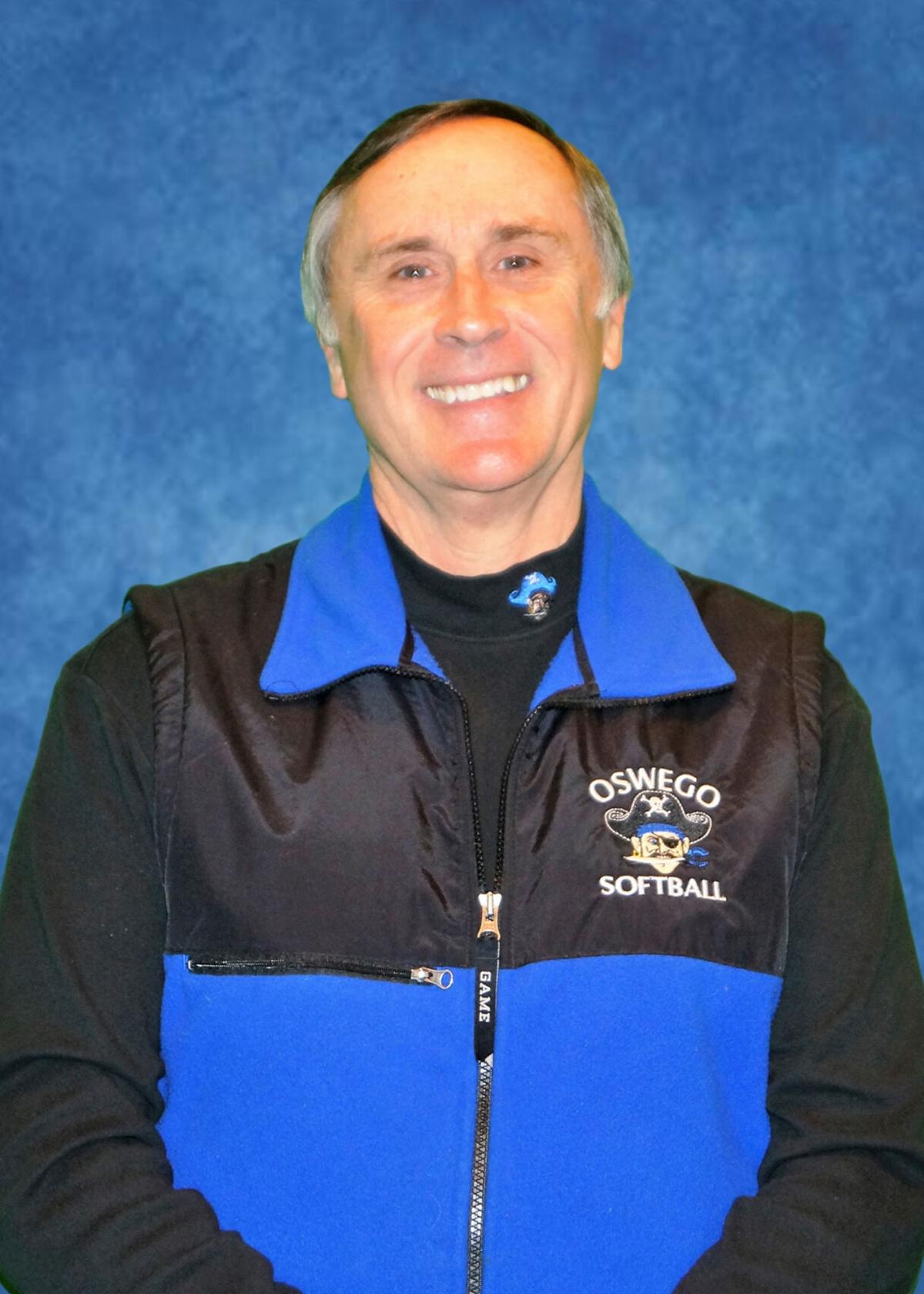 OSWEGO — Mike McCrobie believed his career on the diamond was over when he was cut from his junior varsity baseball team as a high school freshman.

But now at age 64, the former Oswego High School softball coach remains active in a men’s slow-pitch league and is celebrating his first summer as a member of the NYS High School Softball Hall of Fame.

McCrobie was selected by the New York State Sportswriters and Coaches Organization for Girls Sports and recently enshrined as a coach and contributor in the Class of 2020. The ceremony was held earlier this summer at the Mudville Softball Complex in Herkimer after last year’s event was postponed due to COVID-19.

“I just never lost the passion for the game even though I wasn’t overly skilled at it during my high school years, then I played some fast pitch with a bunch of guys that just got me passionate about (softball),” McCrobie said.

McCrobie collected 431 victories in 28 seasons as head varsity coach for the Buccaneers. He also worked in the district as a high school English and journalism teacher. He retired from both positions in 2012 but returned to coach from 2014-17.

McCrobie became the third coach from Section 3 and first Oswego High School representative to be inducted by NYSSCOGS since the Hall of Fame committee celebrated its first class in 2012.

“It was a classroom, after school like an extra class period, but the subject was softball,” McCrobie said. “That’s the part I liked best about it. The 400-something wins is great and that’s probably what gets you in a hall of fame, but the teaching of the game is what really fueled me all the time.”

McCrobie also contributed to the all-state selection committee for roughly a decade, worked as an administrator for the Amateur Softball Association, and served as the chairman and host for the 2000 Section 3 softball championships.

Perry Novak, who founded NYSSCOGS in 1990, described it as an honor to call McCrobie with news of his selection.

“Mike was and still is one of the most selfless givers to the sport of softball that I’ve known in my 37 years being involved in it,” Novak said. “I was impressed with his ability to get the most out of each kid, and other people picked up on that.”

McCrobie spends half his year living in Florida and the other half home in Oswego, typically from May-October.

He has reignited his spark for the game since stepping down from coaching by playing in a senior men’s slow-pitch league in his Florida retirement community. He also frequently attends high school and college games at both of his residencies.

“There is a senior slow-pitch league that is every bit as competitive as the leagues I played in when I was in my 20s,” McCrobie said. “This is not a bunch of old men wobbling around the bases, these guys are all 50 years old or older, they slide into bases and dive for catches, and I’ve enjoyed getting back into the playing end of it.”

He added: “I still love the game. I’m glued to the TV during the Women’s College World Series, and I like to watch some high school games in Florida and when we come back north.”

McCrobie spent four years as the junior varsity coach at Oswego, beginning with the program in 1985 before taking over the varsity squad. He credited his earliest teams and varsity coaching predecessor, Helen Jermyn, for helping him establish his foundation in coaching the sport.

McCrobie spoke of coaching his daughter and her friend group in the early 2000s as a career highlight and said he still frequently shares stories with players from the 1993 sectional title squad that came within one out of advancing to the state semifinals.

“That was probably the best team that I ever coached,” McCrobie said of the ’93 unit. “They came within one strike of winning the regional, and I am 100 percent sure that if we had gotten that one other strike, we would have won the state championship three days later.”

He added: “Those were the glory years, but the success continued. We had teams into the 2000’s and had kids that went on to play ball in college and be successful in life, and I guess that’s all a coach can ask for.”