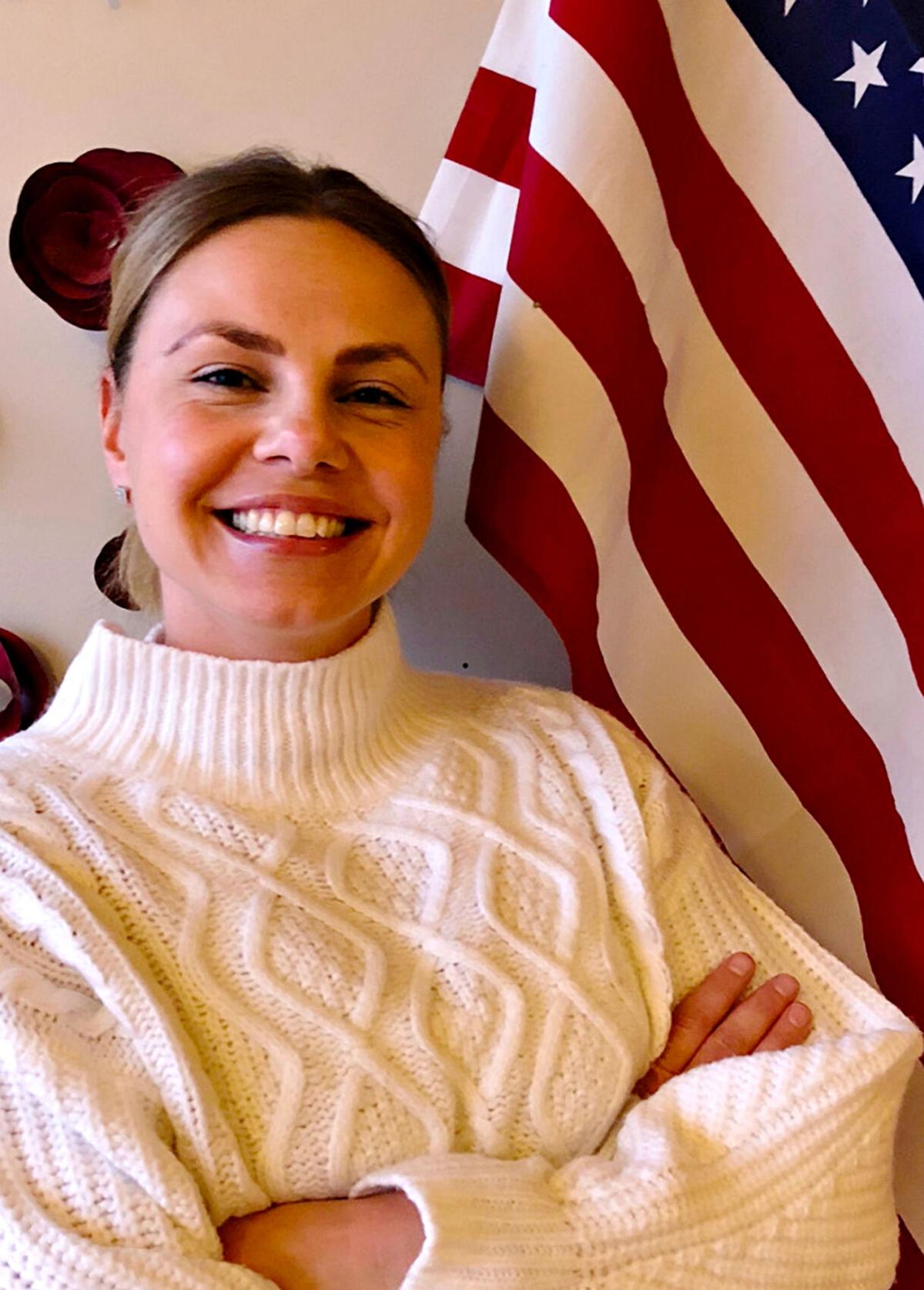 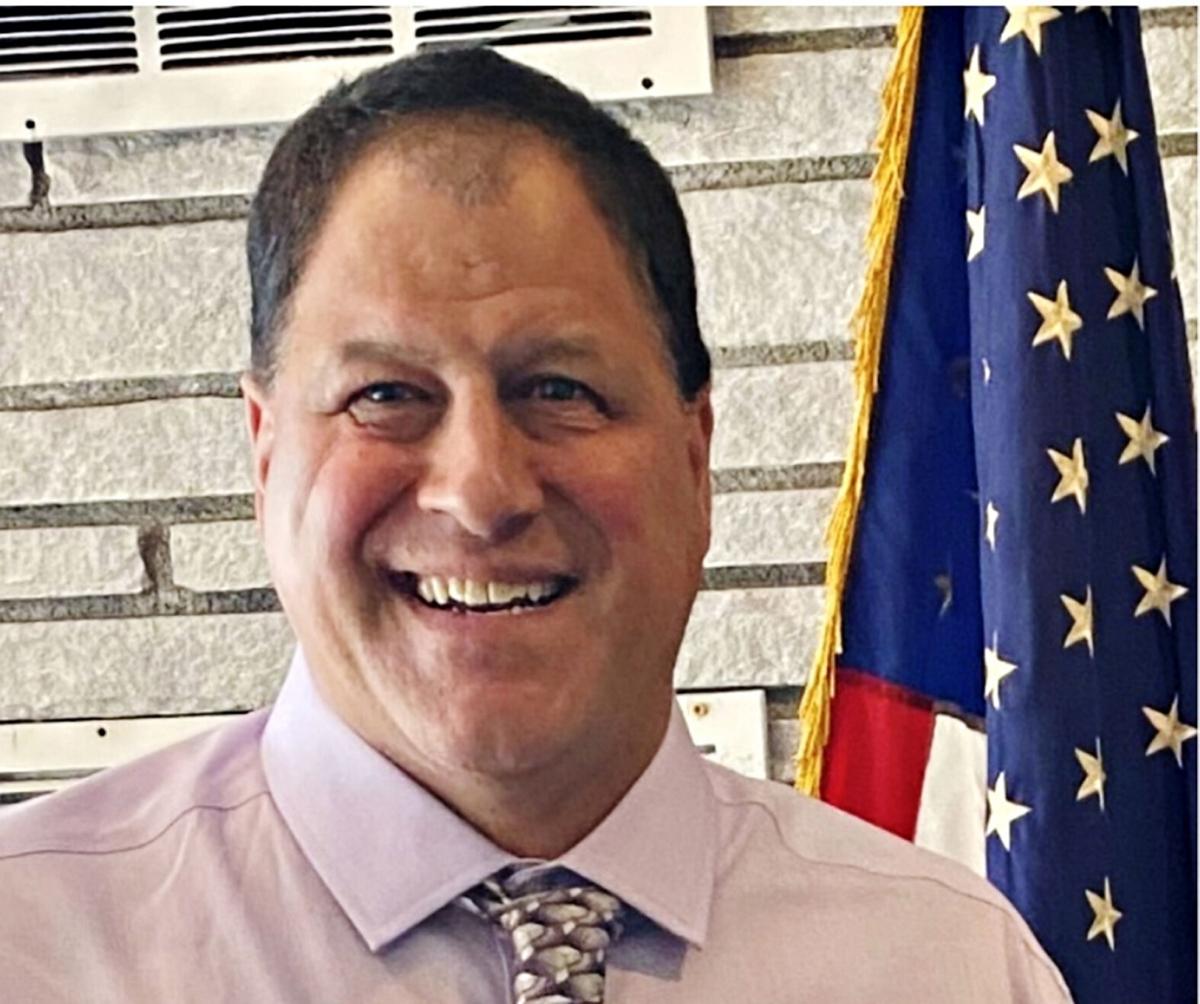 MEXICO — A new District 7 county legislator will be elected this year, two political newcomers are vying for that position in the upcoming June 22 primary. Frank Bombardo is the endorsed Republican candidate. Amanda Magro is his challenger. She is presently the president of the Mexico Chamber of Commerce and owner of Stefano’s Pizzeria & Restaurant.

“I want to make a difference,” Magro said in a recent interview. “I want to be a voice for people in the community. We’ve been missing the elements of connection between town and village and county level. I have good communication skills, and I want to utilize that to be the voice for my community to fulfill the wants and needs for the people of Mexico.

Mexico’s needs? “There are a lot of things,” she said. “Infrastructure is one of them and is major because that is the backbone of any potential growth. I understand everything comes down to dollars and cents. I’m not looking to advocate for new sewer if it’s going to cost our taxpayers more money.”

She made mention of other municipalities getting funds for their towns’ or cities’ projects. “This money is available,” Magro said. “You need people who are advocating for your community, and we don’t have anybody who’s doing that right now.”

She “would love to see” Mexico’s infrastructure upgraded. “Without that, we can’t do anything,” she said. “We can’t build anything. We can’t grow our business area. Our sewer in the village is at full capacity. So, even if you build something in the village, you have to build your waste management. From a business standpoint, if I have two choices to go somewhere, one I don’t have to do that. The other place, I do. I’m going to the one that’s going to cost me less money. I’m looking to not necessarily grow Mexico into this giant place. Obviously, no one really wants that. Really just capitalize on what we have and fix what we have. What it really comes down to is quality of life.

“I’m not here to make promises,” she continued, “but I’m definitely here to find out as much information as possible and to speak for the community. We haven’t had a voice. We need somebody that has good communication skills and a knowledge of what is going on in our community.”

She is a Republican. The party endorsed Frank Bombardo.

“I can tell you why they didn’t choose me ‘cause I asked,” Magro said. “I’m not from here. That’s what they said.

“If they thought he was more qualified and gave me various reasons as to why they felt he was more qualified, I may have stepped down or said, ‘Fair enough,’ and I would let him run. But their reasoning was ridiculous, so I said forget it, I’m running. I am definitely the better candidate.

“I am humbled by the support. Everybody’s been so great. They’ve said, ‘You’re really active, you’re young, you’re ambitious. I’ve seen you work before. You get things done,’ They seem to be excited. I’m excited. And it’s nice to see other people are as excited as I am, because they are confident that they are going to be represented well, and things are actually going to get accomplished.

“I do know a lot of people, and I am very active. I am the Chamber of Commerce president, I help out with Christmas in Mexico. I do go to as many town and village board meetings as I can. I’m also on the advisory stakeholder committee for the school.

“I feel like things have been a little bit stagnant,” she continued, “and I think that it’s about time that somebody from Mexico is speaking for the betterment of the community. I feel we need a little bit of a change. I feel like we’re falling into the good old boys club, and that’s not me.

“I’m not going to vote for something just because everybody else is,” she said. “I have to believe in it.”

She used to be a Democrat. “I registered to vote when I was 18 years old, and I registered, like a lot of 18-year-olds do, they register as their family does. And so, that’s what I did. But as I got older, I realized I was actually not a Democrat. I actually had more Republican views than I did that as a Democrat. I am a business owner, so I am financially a Republican. I believe in smaller government. The government is great, but I do not want them telling me how to live my life. I believe in the Constitution. I’m for the Second Amendment. I changed registration before I even thought about running. This was not on my agenda, to run for Oswego County legislator. It just kind of happened. I know a lot of people are questioning whether I changed in order to be with the majority, but that’s not true. You live and learn. I’m 37 years old. I was 18 when I registered. I am a different person than I was when I was 18. I have Republican values, and so, I felt it was necessary to be properly represented.

“I did some research and looked into what kind of commitment it would take, because I’m not the type of person to do something halfway. I either do it, or I don’t. And I’m not big on titles. I have no agenda besides making a difference in a positive way.”

She’s for low taxes, “especially in this county. These taxes are crazy high. I’m absolutely for lower taxes. I’m a business owner.

“I am not looking to say anything negative about anybody because that is not my style. I believe in karma. And I believe what goes around comes around, so, I treat everybody with kindness and respect. But I will say a couple of things: this Republican committee in Mexico obviously made the wrong choice. They chose to endorse Frank Bombardo based on where he was born, which is crazy to me, not because of the things he’s involved with or the things he has done, but because he was born here and a relative of his was a celebrity. I think anybody would be a little bit upset with that because that’s a bogus answer. That doesn’t make any sense to me.

“I’m for law enforcement. I’m not looking to defund the police. I believe Mexico should actually have a satellite office for the Sheriff’s Department. We don’t have a police force, which I don’t understand. Obviously, I know it comes down to dollars and cents, but there has to be a way we can figure that out. That’s something that I would love to see happen here. I absolutely support the police department. Obviously, the money would have to come from somewhere because I do not want to raise any of the taxes here as somebody who lives here, has a business here, owned other property here, I don’t want to have to pay any more to live here. It’s already expensive. But there has to be a way to figure it out.”

She cited a number of recent crimes in Mexico. “I can’t definitively say if there was a police presence here, those things would stop. But, maybe they would. Maybe just having that presence here would make that little bit of difference that is necessary.

“I think right now we need to focus on what we have and fix what we have and kind of go from there,” Magro said. “I’m definitely for growth, because overall, I think it would help quality of life. I believe in community. I believe in supporting one another. You need to support your local businesses. I do as much as I can. I believe in supporting local and putting money back into your community, because in the end, if you don’t spend it here, it’s going to go elsewhere, and you’re not going to get it back. You go to shop at Walmart in Oswego, it’s staying in Oswego. It’s not coming back here. You’re not really helping your community. You have to spend your money here. I believe in supporting the small businesses. You can go to the flower shop, and it may not be the cheapest, but you’re helping somebody pay their mortgage, you’re putting food on the table for a family. Your 10 dollars means more to a small business owner than it does to a Walmart.

“I do not want to see any big business come to Mexico,” Magro concluded “because it would be the death of small business. The small businesses are the backbone of your economy.”

Frank Bombardo is the endorsed Republican in this primary race. He realizes he’s rather new to this, but he’s confident he will succeed as a legislator.

His interests? “I like to see where the money’s going,” he said, “to make sure we get all the money we deserve in District 7.”

He hopes to improve “communication between the towns and the villages and the legislators’ divisions. We could work together so they know what’s going on.”

He also wants to improve “the community, the best I can.”

His political views are mainstream Republican.

“I want to try to reduce taxes if I can,” he said. “I’m a supporter of the Constitution and the Second Amendment. I’m a strong supporter of law enforcement and the military. So hopefully, they can get everything they need to do their job. I’m a very strong Republican.”

Two of his main interests in the legislature are Social Services and public safety.

The Social Services money “goes to a good cause,” he said. “I want to make sure it goes to the right people who deserve it.”

He’d like to serve on the Public Safety Committee.

He’s met all the legislators. “They seem super,” Bombardo said. “They all came out and shook my hand, and they said, ‘When you get in, you need anything, you just let me know. I talked to Will Barclay. He said the same thing.”

Bombardo said present Mexico District 7 Legislator Bradley Trudell told him if Bombardo needs anything, just call him, he’ll help him out even after he’s in office.

Bombardo ran a local business (Mexico Auto Sales and Service) in the community for around 20 years, he said.

He graduated from Mexico schools. He went to BOCES.

He now works for the James A. FitzPatrick nuclear power plant.

“At this point in my life, I have time that I could give back to the community. So, I have time to give 100% to make sure District 7 has all their needs taken care of. People are overwhelming. I have a lot of support,” he said.

That includes the Conservative endorsement.