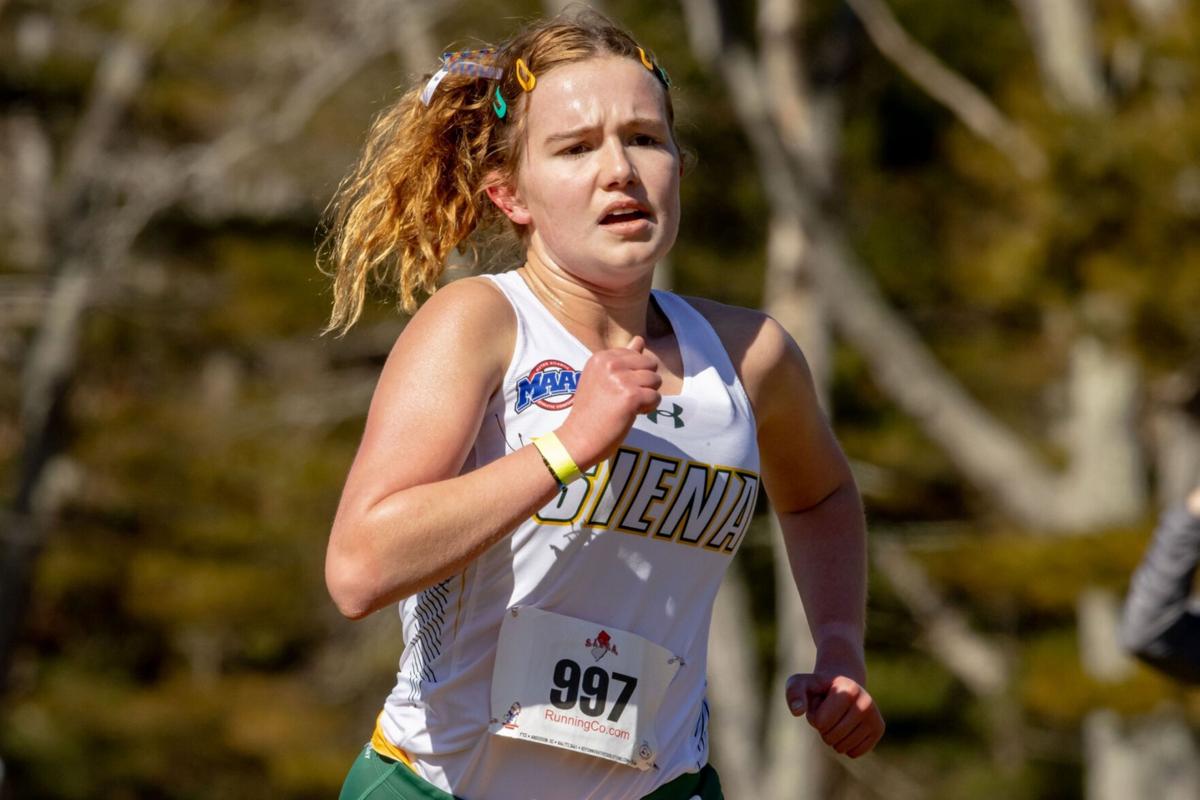 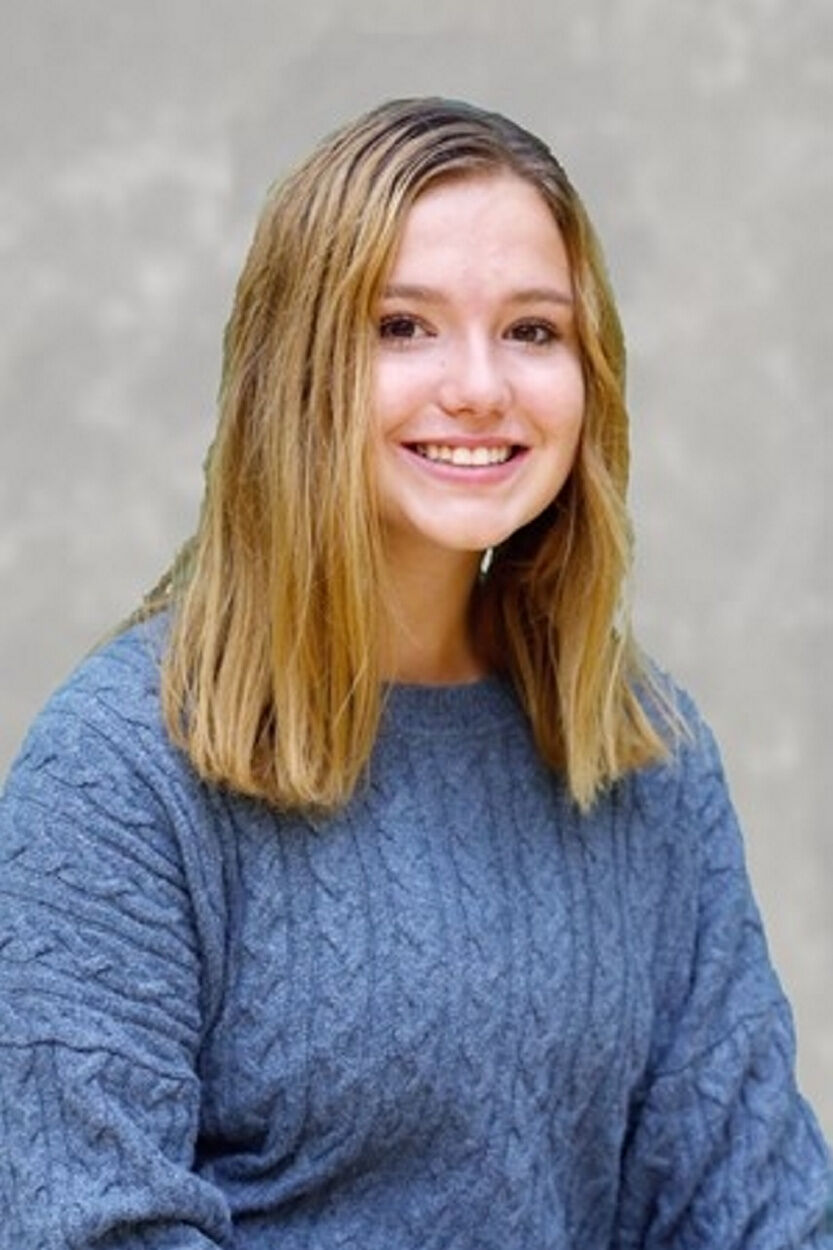 Miranda Gilbert impressed in her first 6K race while enduring injury and the untimely loss of a single shoe, and she is now eager to follow up with her first full season for Division I Siena cross country as a sophomore this fall.

The 2020 Oswego High School graduate finished 33rd of 112 competitors in the Metro Atlantic Athletic Conference cross country championships last March, which marked just the second and only competition of the condensed campaign due to COVID-19.

Her freshman season was initially postponed from the fall and resulted in a pair of late winter meets, including the conference championships. She finished the 3.72-mile course at Seaview Golf Club in Galloway, N.J., in 23 minutes and 37.85 seconds to help the Saints finish second as a team.

“We knew when we recruited Miranda that she was someone that would show up and perform on a pretty high level in the biggest meets, just from the success she had in state championships and sectional championships,” said Siena head cross country coach, John Kenworthy.

Gilbert shined at the MAAC championships while racing with one shoe. She said that a fellow runner inadvertently stepped on the back of her foot at the packed start, causing her shoe to slip off.

Gilbert pressed on to run the longest race of her career without it.

“It was a little crowded at the start and someone stepped on my shoe so it fell off, and I mean, I couldn’t really go back and get it,” Gilbert said with a laugh. “I couldn’t really think about it, I just had to keep going.”

Kenworthy said that he didn’t notice the bizarre sight while tracking Gilbert and his team throughout the race. He congratulated Gilbert after she crossed the finish line and recalled looking down and wondering why she was running with one bare foot.

“For her to battle through and not really say much about it is a testament to how tough she is in that moment,” Kenworthy said.

Gilbert sat out the track and field season that quickly followed the abbreviated spring cross country campaign after what she described as a flare-up with a past knee injury.

She eased back from competition to rest the ailment and worked most of the spring and summer with a strength specialist to prevent such occurrences moving forward.

“Everything is pretty healthy now, so I’m just excited for this year,” Gilbert said. “I’ve just been focusing more on strength and stretching. … I definitely just want to stay healthy this year and do my best to help the team.”

Gilbert is expected to be in the mix to contribute among the top five runners at Siena this fall, though she is part of a deep group posting competitive times.

“We think she’s in a pretty good place health-wise, and that’s obviously the first big step,” Kenworthy said. “We haven’t done a lot of race training yet, but she’s in a good place with her general fitness.”

Gilbert competed in the state high school cross country championships twice for Oswego, in 2017 and 2019, and became the second girls varsity runner for the Buccaneers to qualify for the State Federations championships in 2019.

She signed her letter of intent to run for Siena just a few days prior to her 2019 state championship performance. Gilbert’s father, Gregory, is a 1988 Siena graduate.

“I liked everything about it,” Gilbert said. “Especially when I made my visit, it just clicked and seemed like the perfect place.”