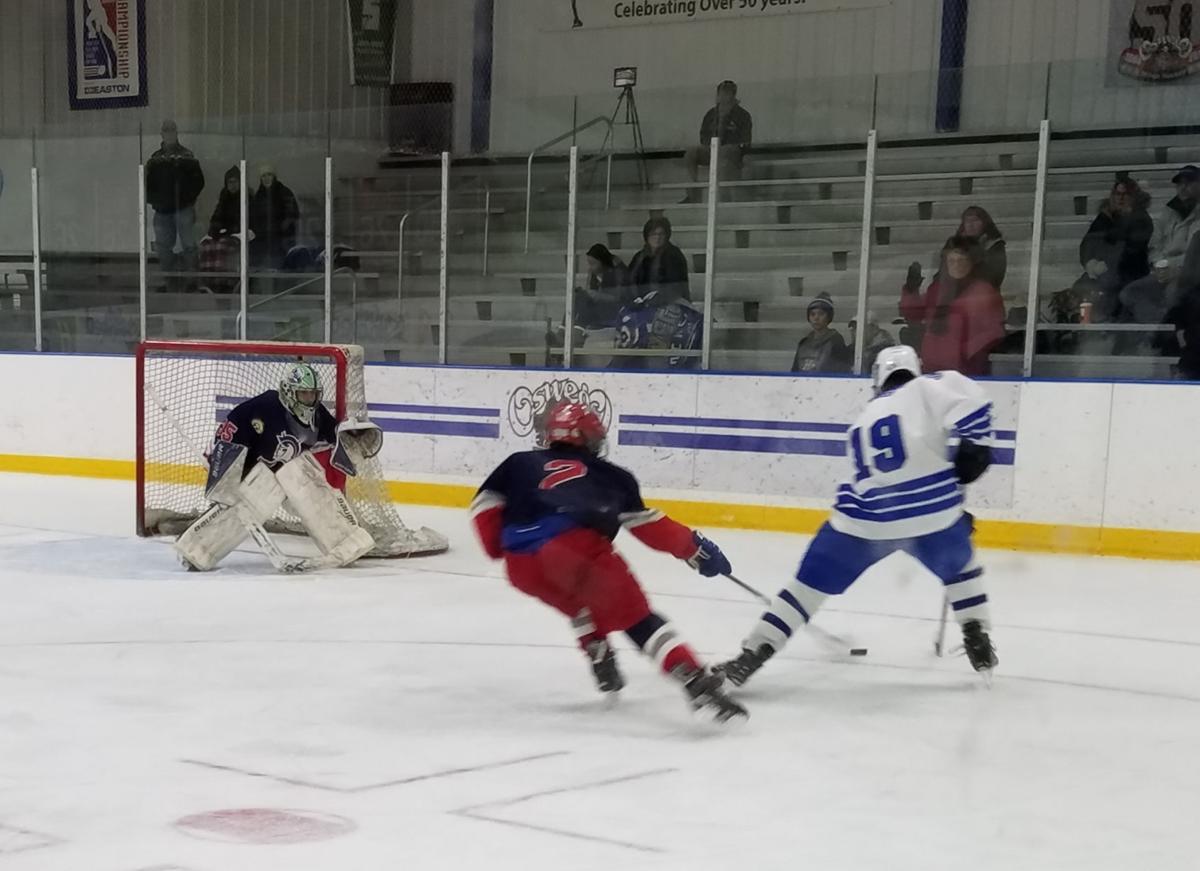 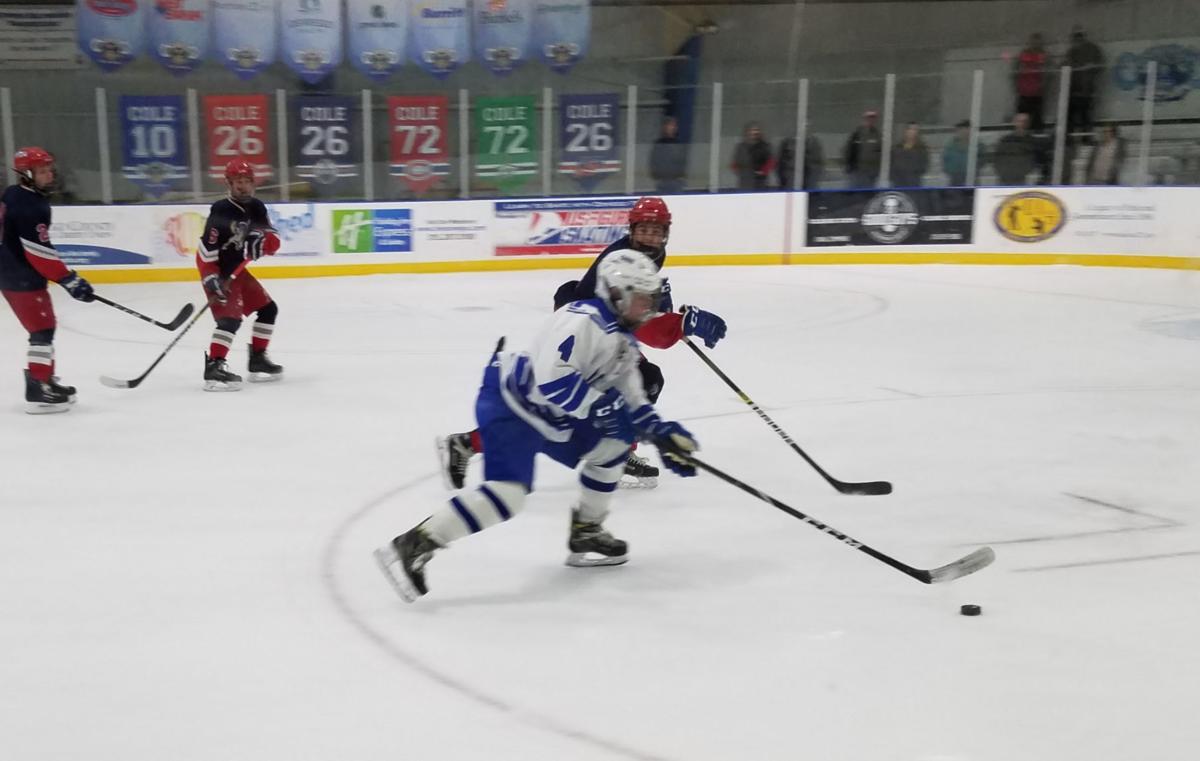 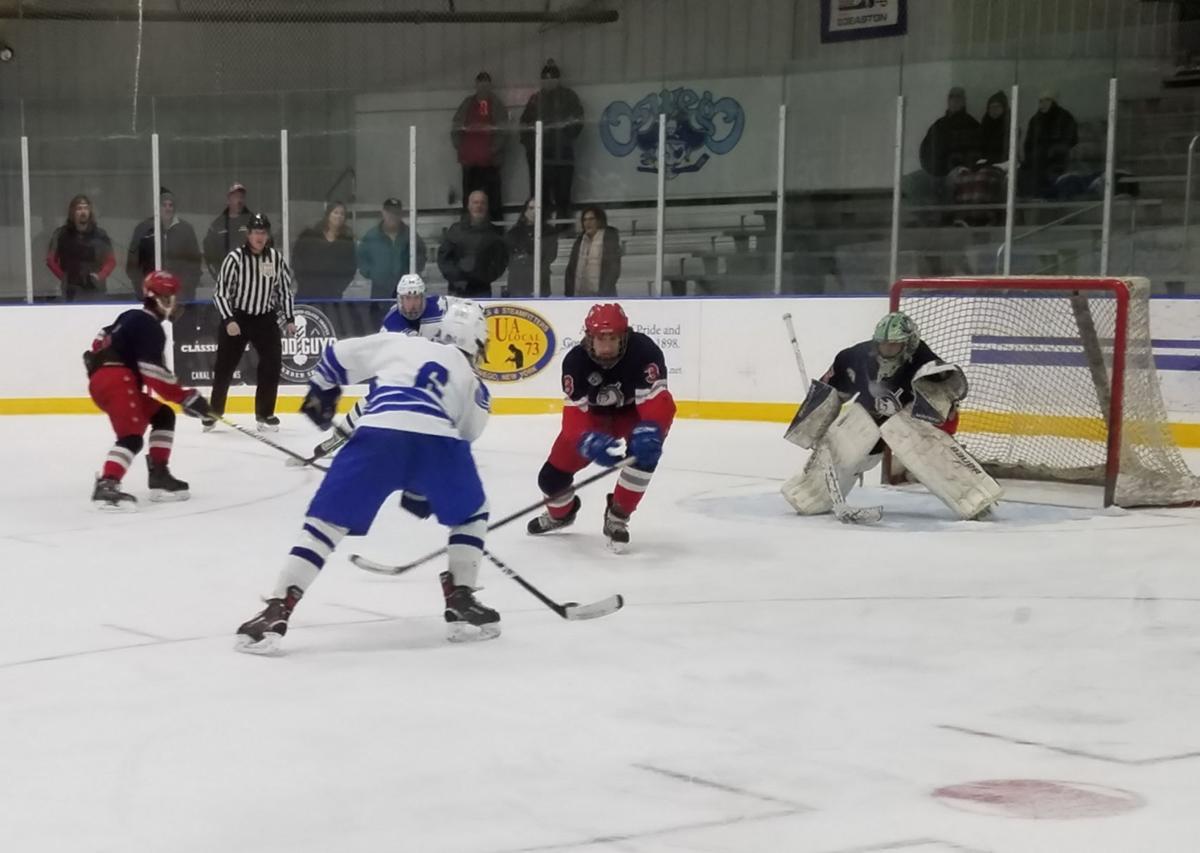 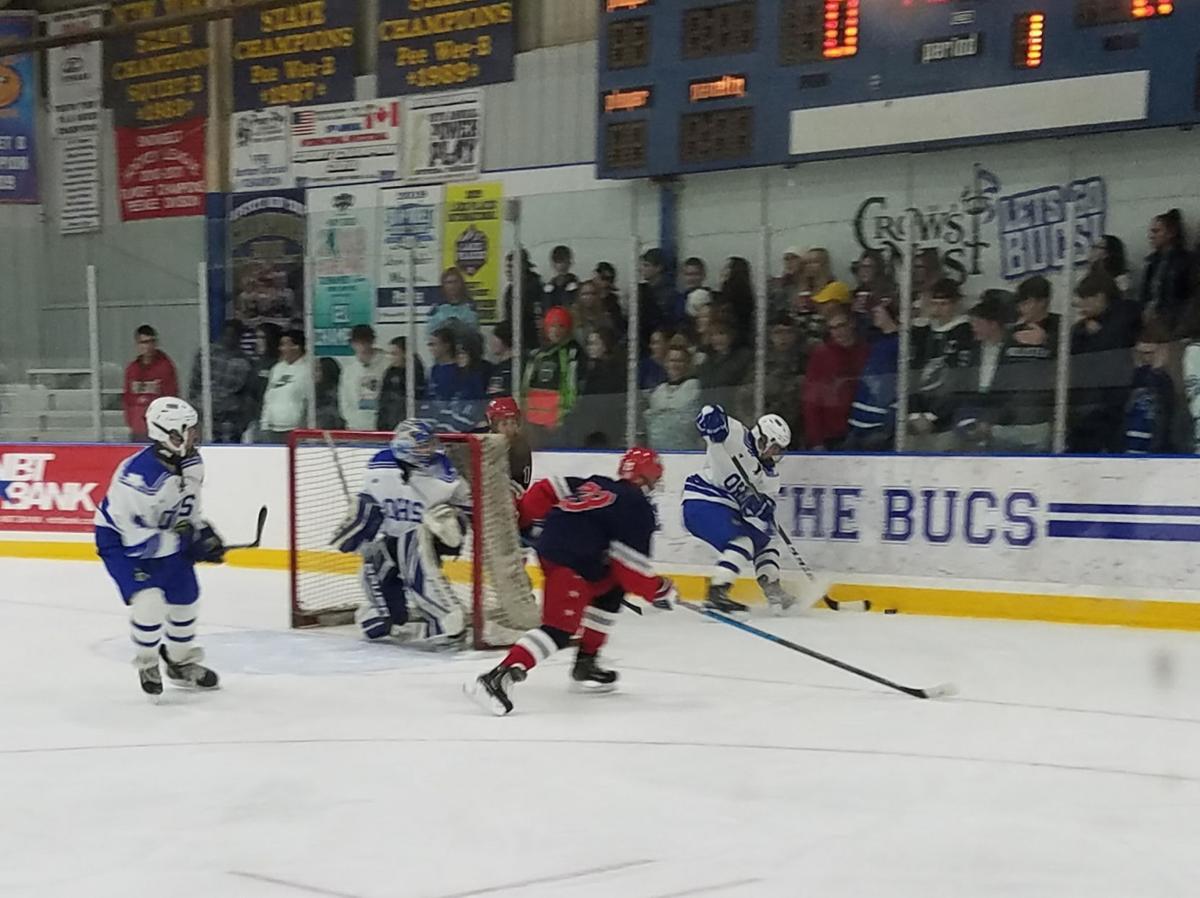 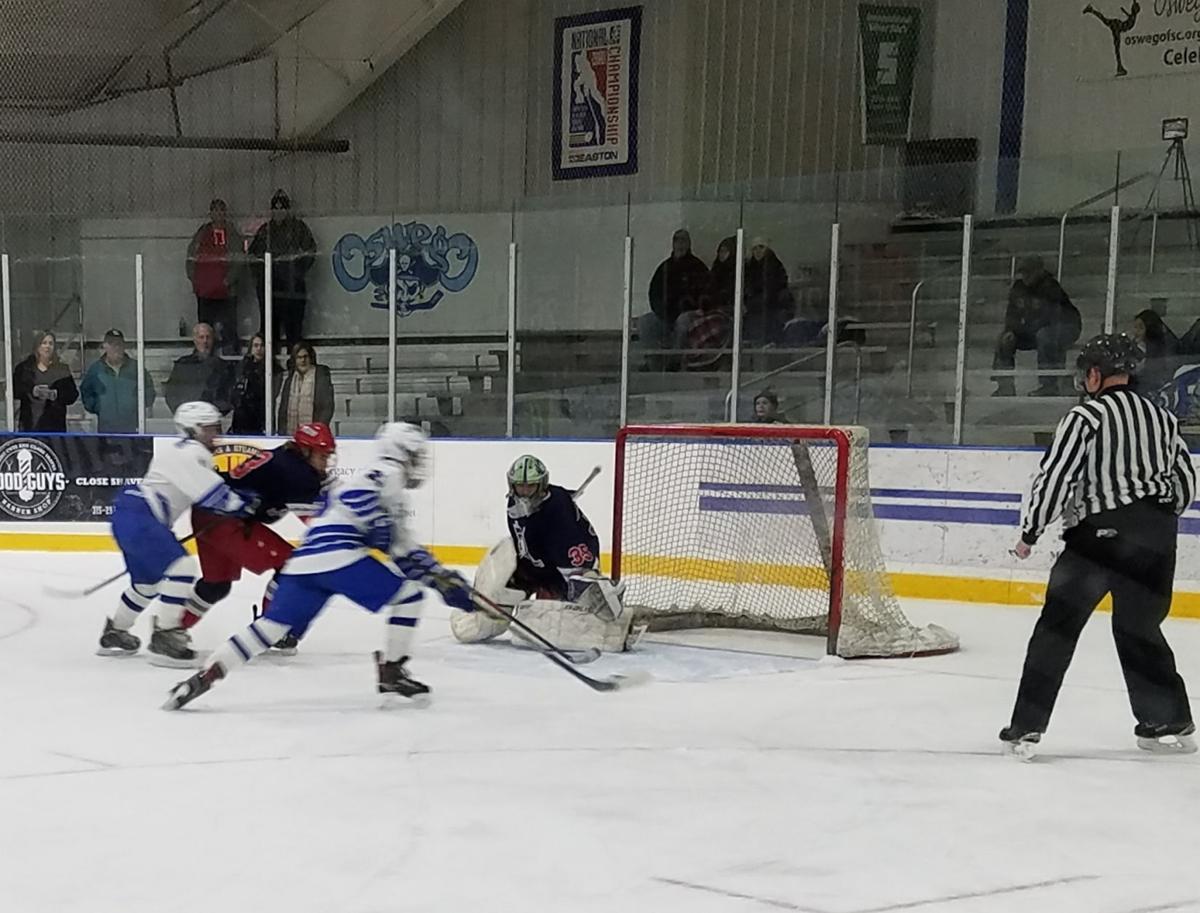 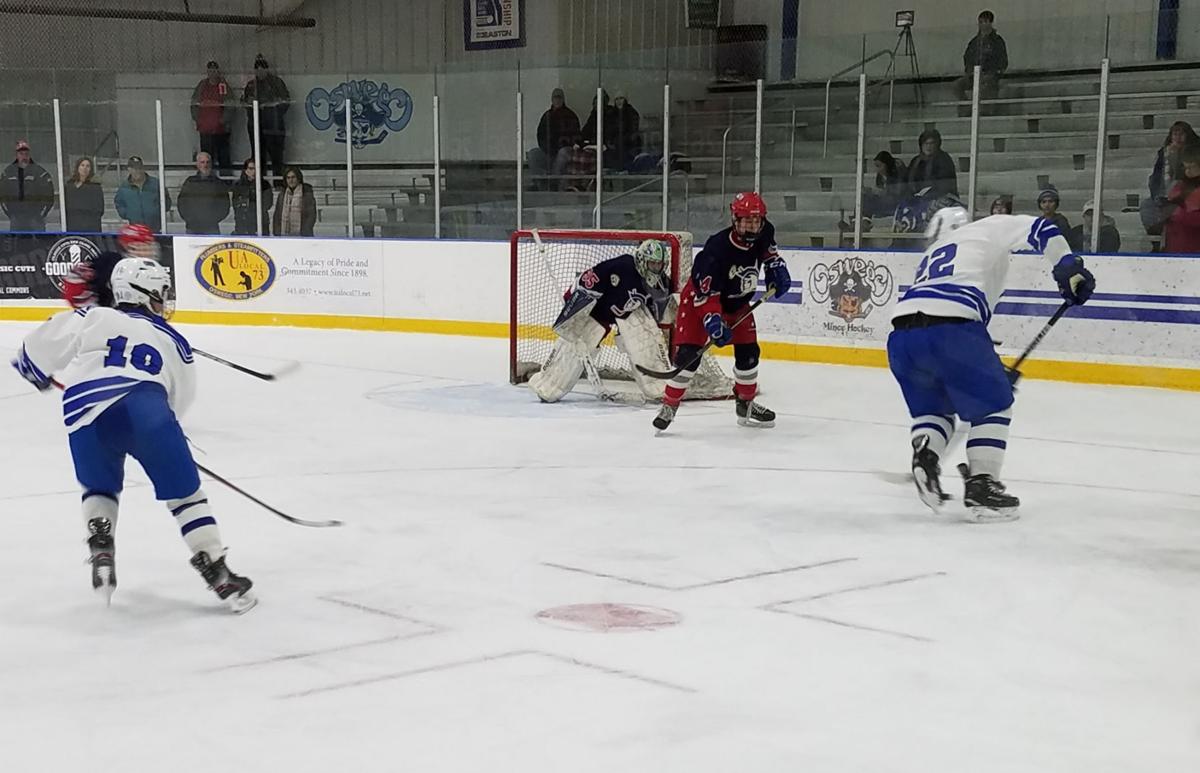 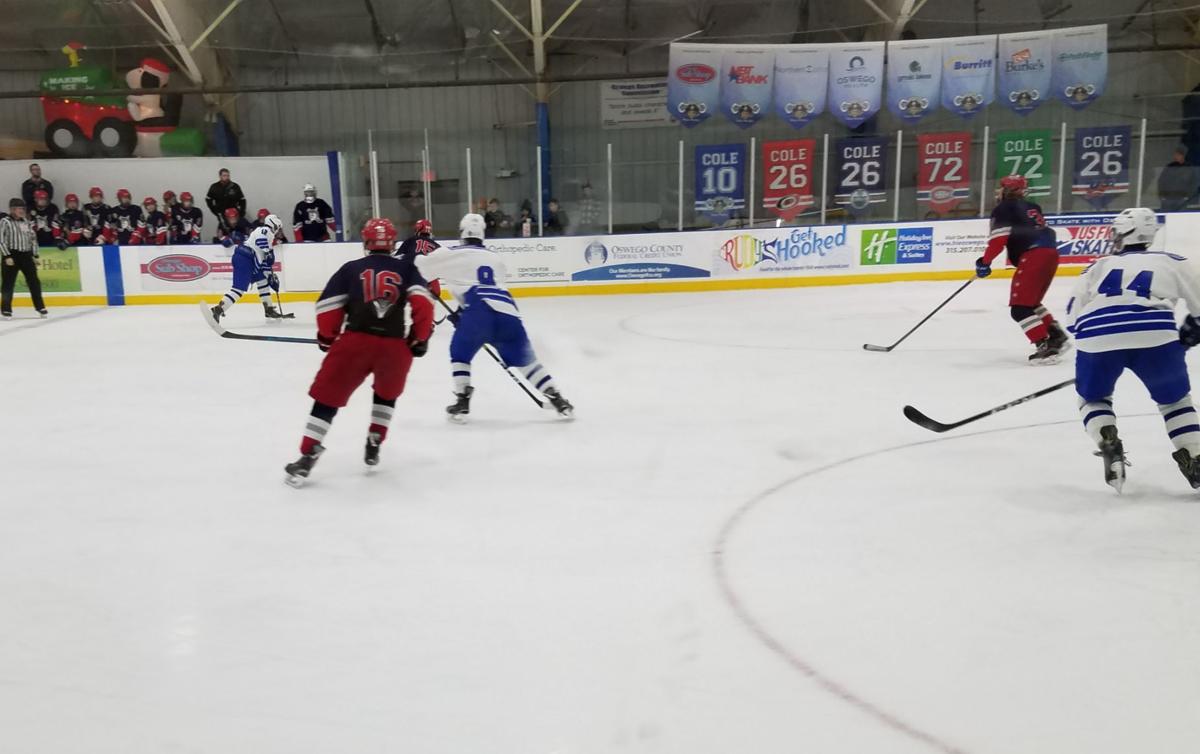 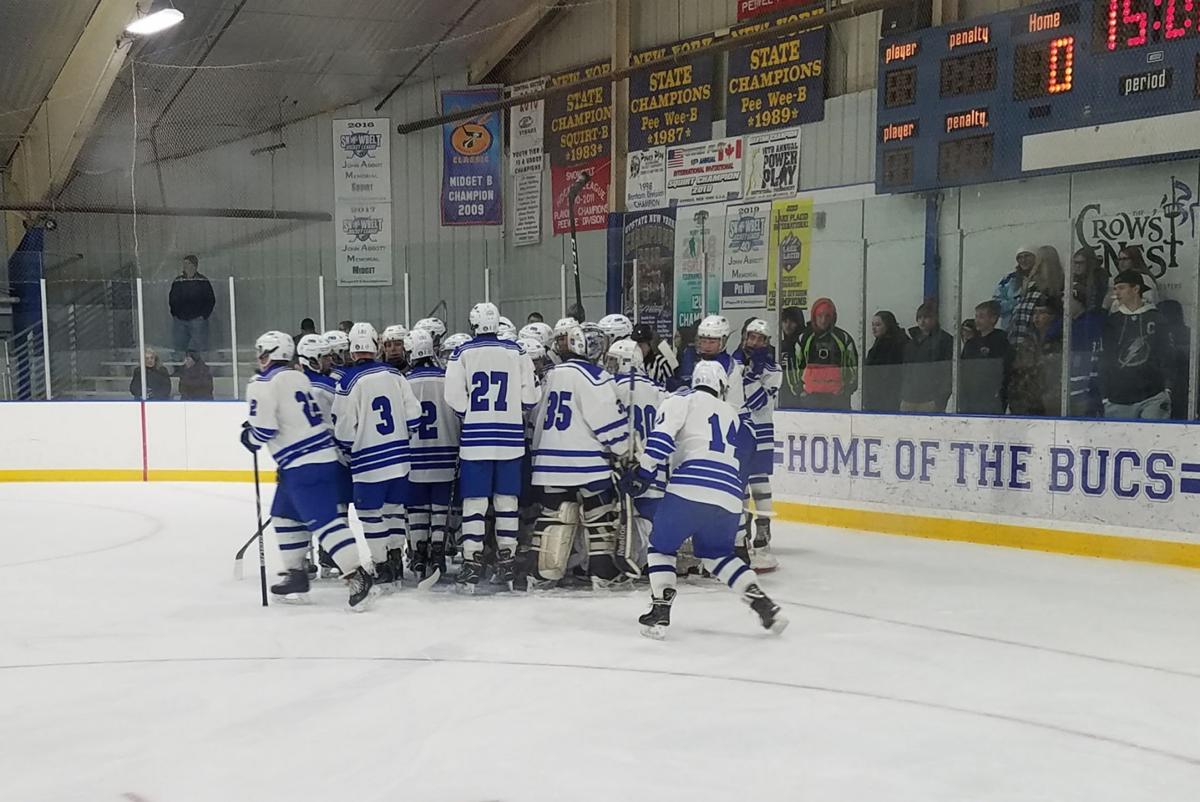 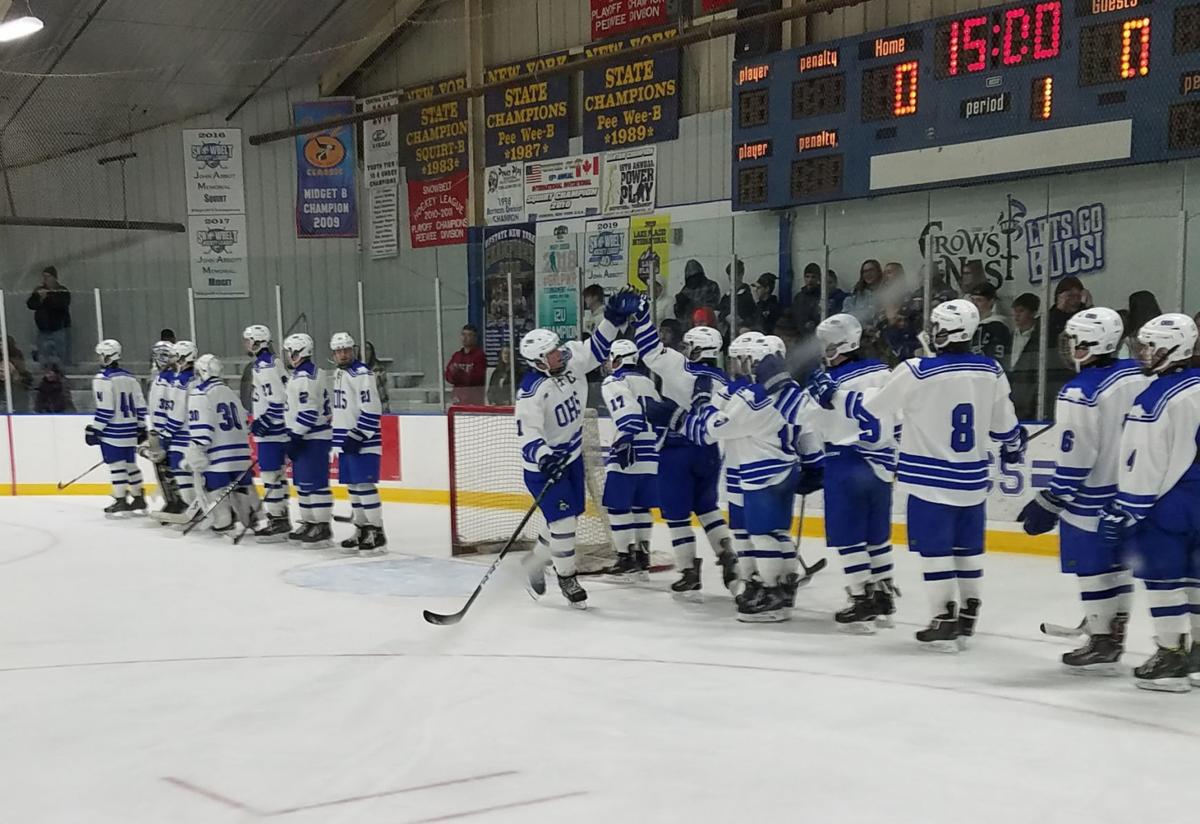 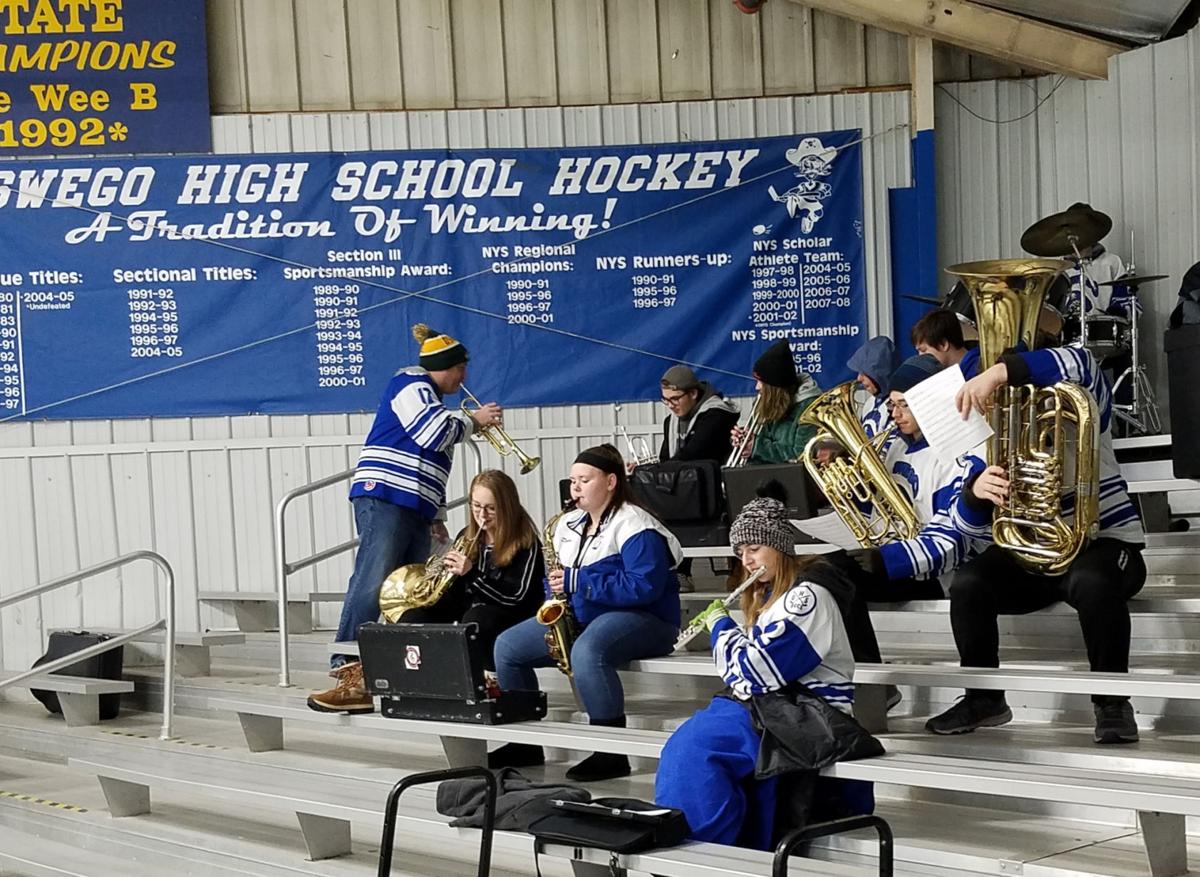 OSWEGO — The Oswego High School varsity boys hockey team has worked to embody its motto of “I can’t, we can,” for much of the past year, and has carried that mind-set into the early stages of a potentially momentous season.

The Buccaneers entered the week with a 2-1 overall record and a scoring margin of plus-eight despite dropping their Section 3 Division II opener to New Hartford, 5-3, last Thursday at Anthony Crisafulli Rink.

Oswego, led by fourth-year coach Kevin Ahern, is coming off a 13-7-1 campaign for the program’s highest win total in five seasons and returning team veterans believe the squad is primed to improve even further in the new season.

“We’re not a one-man team, all of us have a role and no matter what that role is, everyone has accepted it,” said senior defenseman and captain, Carson Colucci.

“There are a group of guys that have been up here but there are guys that are new to the team this year and it’s really like nothing changed, like they’ve been here the entire time,” he added. “It’s almost like we’re brothers out there and we’re always rooting for each other and never down on each other, just happy to be out there.”

Oswego graduated five seniors from a team that finished third in the Section 3 Division II standings and lost in the first round of the sectional playoffs, finishing a resurgent season that included a nine-game winning streak.

The Buccaneers had finished with a .500 record in each of the previous two years and won just two games in the 2015-16 campaign. Oswego last won league and sectional playoff titles in 2005.

This year’s squad is likely the deepest of Ahern’s tenure and features nine seniors and four captains with at least three seasons of varsity experience.

“We’re really excited to say the least, ever since last season ended in kind of a disappointing way,” said senior captain Jack Rice, who recorded a goal and two assists in Oswego’s first three games. “This year has been a long time coming, a lot of work put toward it, and everyone is just ecstatic and couldn’t be happier to get it going. … We can do so much more than what we did last year and I think that’s what we’re poised to do.”

Ahern said that the team’s determination showed during summer workouts, held at 6 a.m. each morning at least three days per week. The workouts featured a litany of speed and agility drills along with weight training and conditioning, and players often played pickup basketball and ate breakfast together afterward to continue cultivating their bond.

Ahern said that each workout was attended by roughly 20 players or more, which is the highest participation level during his tenure. There are 24 players on the 2019-20 varsity roster. Oswego also participated in a team summer league, which was critical for new players to learn the varsity systems.

“It really shows the commitment of everyone on this team,” said junior defenseman and captain Adam Michalski, responsible for three assists through three games. “Everyone wants to win and everyone wants this to be the best team Oswego has seen in a while, so it was really good to see everyone out there working towards a good season.”

Ike Calverase, a senior captain who has scored three goals and tallied a team-high six assists through the Buccaneers’ 2-1 start, said that he believes the team was more dedicated overall this past offseason that at any point during his varsity career.

“This is the last year for a lot of us that have played together since we were little kids, so we want to make this a special year,” Calverase said. “A lot of our other teams have been lazy over the summer, playing some hockey here or there, but we were getting up at 6 a.m. every other day to go work out.”

Ahern and his captains believe that the resulting team chemistry and cohesion is one of the greatest strengths of this year’s team, which will also need to rely on its depth, team speed, and puck movement to generate success.

Junior forward Ryan Bartlett has scored four goals and classmate Frank Winchek has added four assists, joining Calverase on the first line through three games. Rice has anchored the second of four trustworthy lines overall for Ahern, while the defense in front of goalie Brandon Demling is being led by veterans Michalski, Colucci, and senior Lucas Shepardson.

“We’re not going to be the most physical team in the league but we’re going to be fast and if we move the puck, then we’re a pretty effective group, so that’s kind of our M.O,” Ahern said.

“These guys just respect the fact that they’re playing for varsity Oswego hockey, which has a long-standing tradition,” he added. “When you start to understand that, then you have something.”