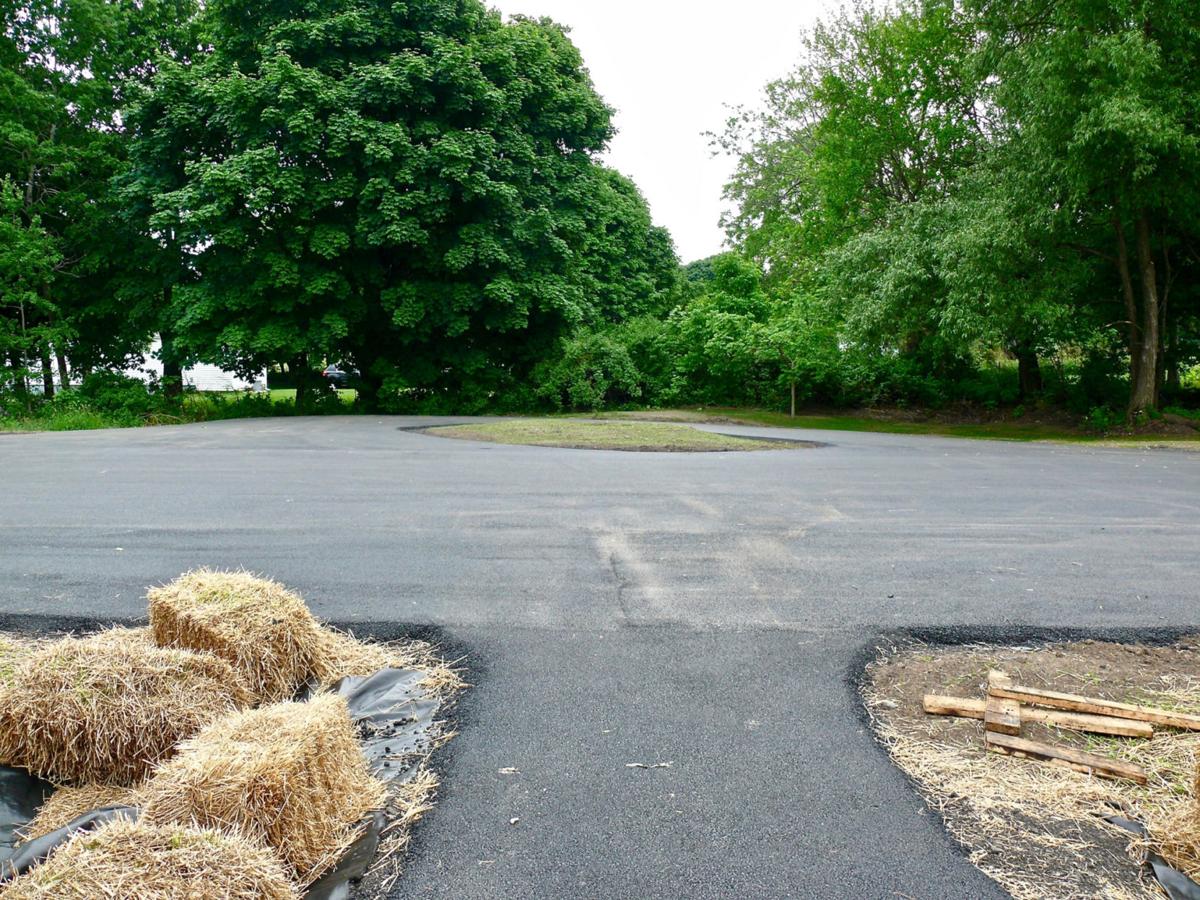 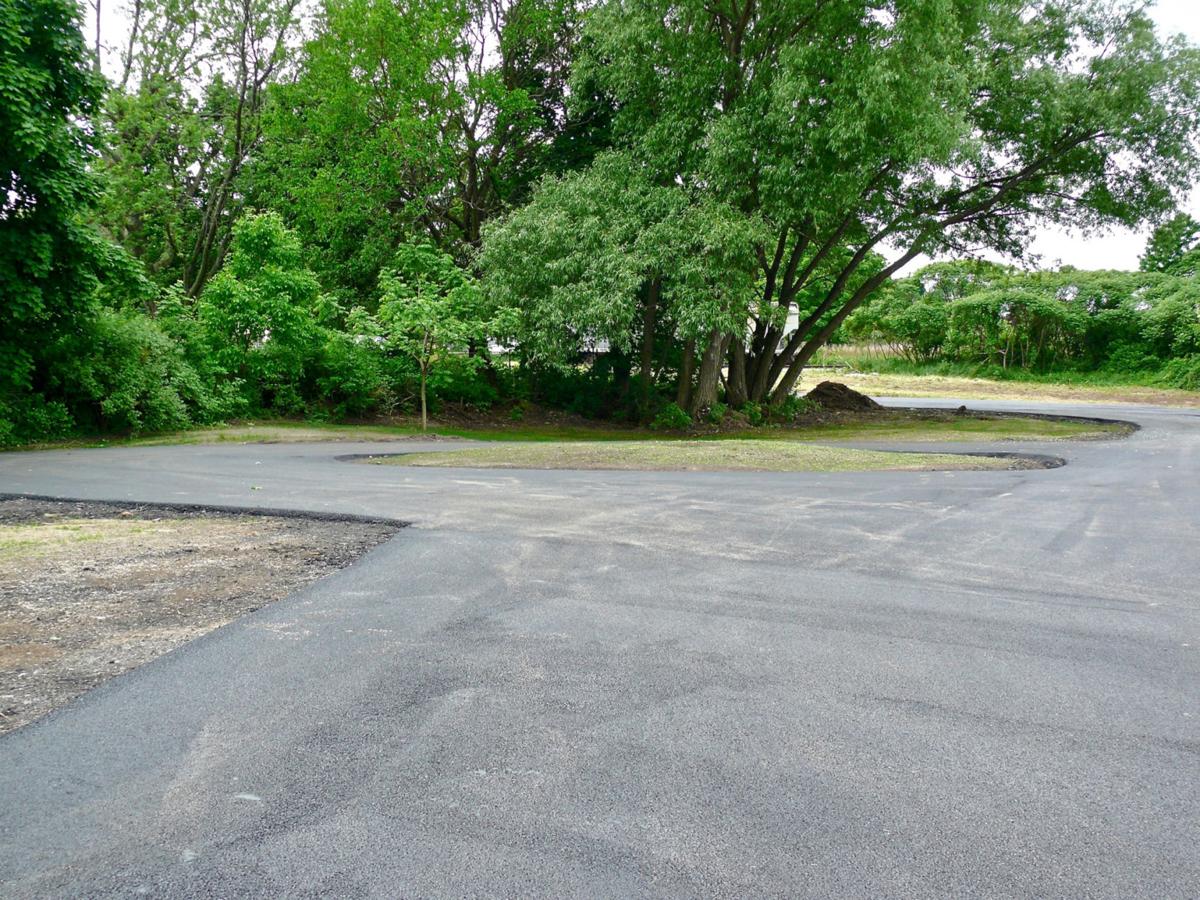 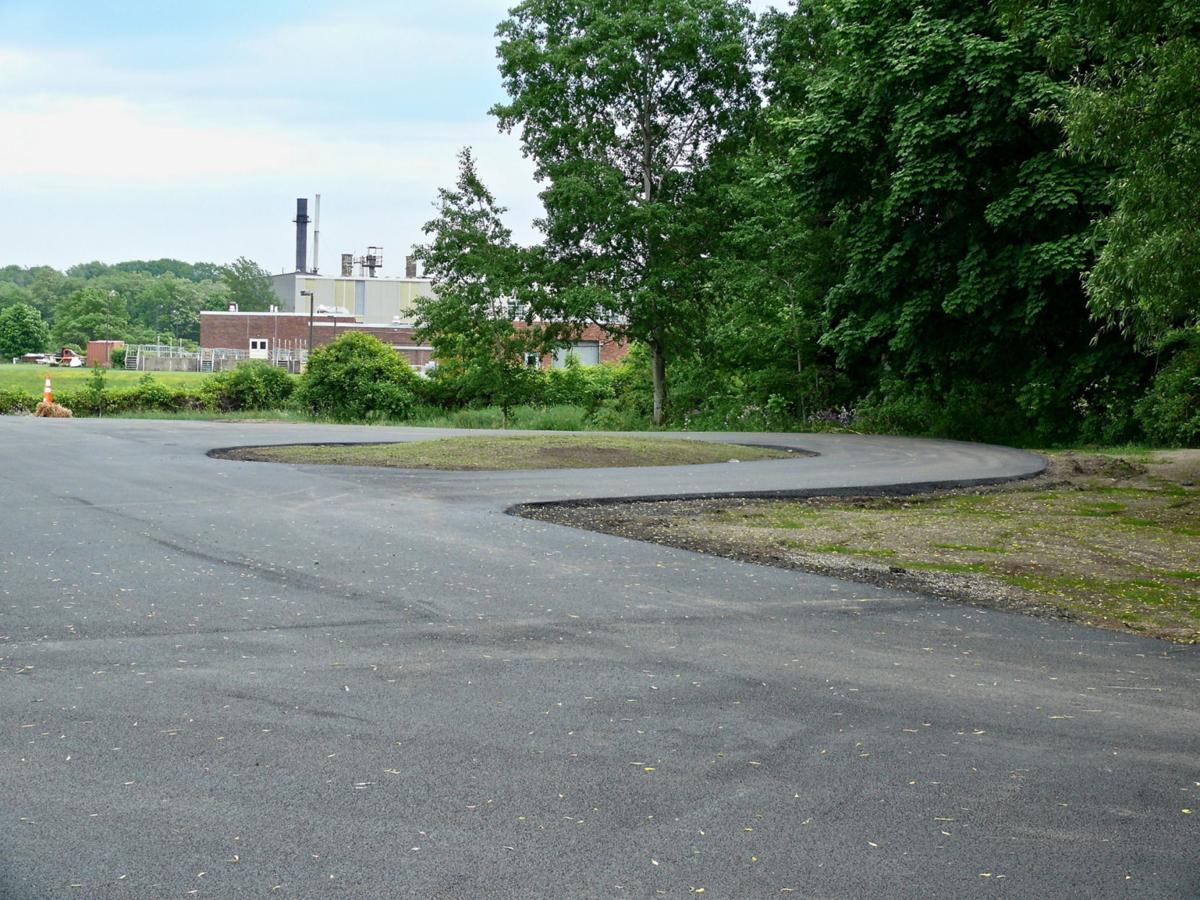 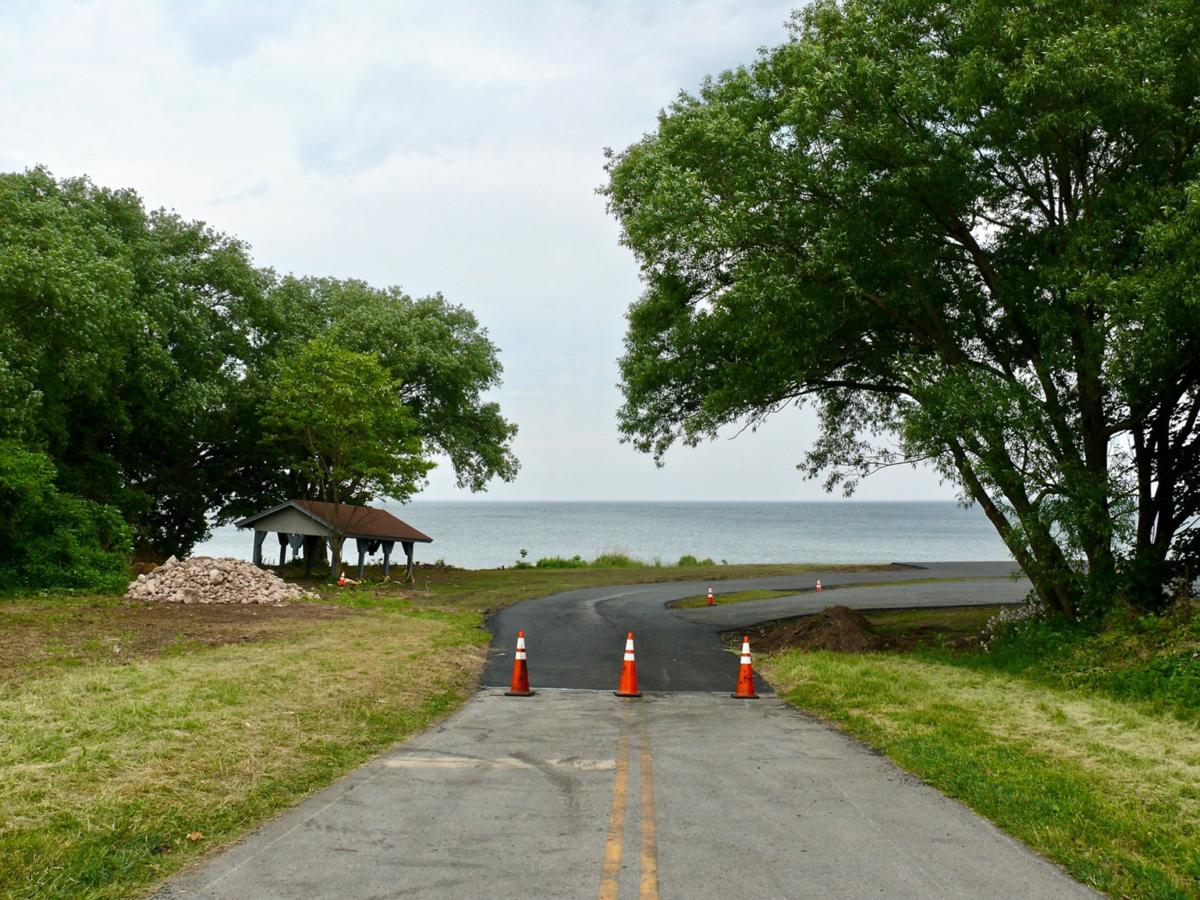 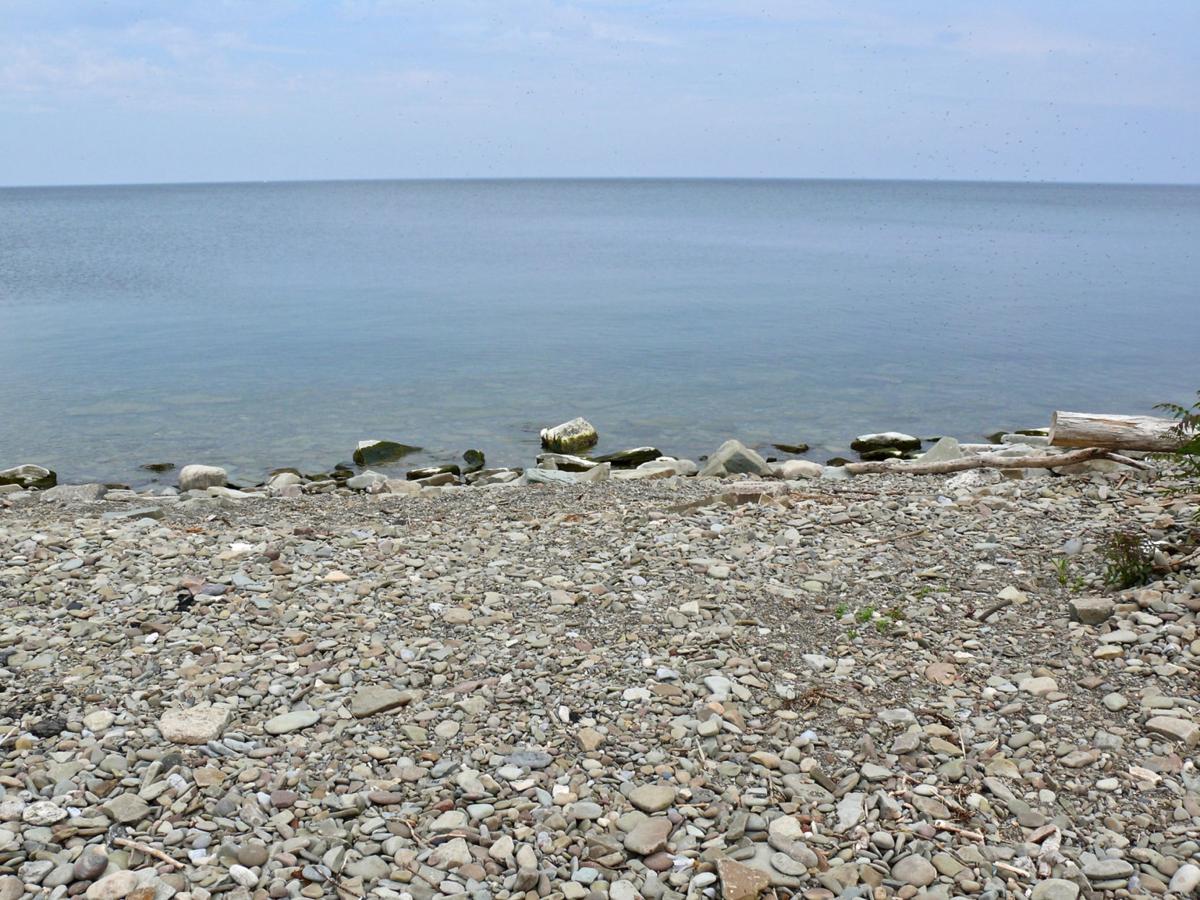 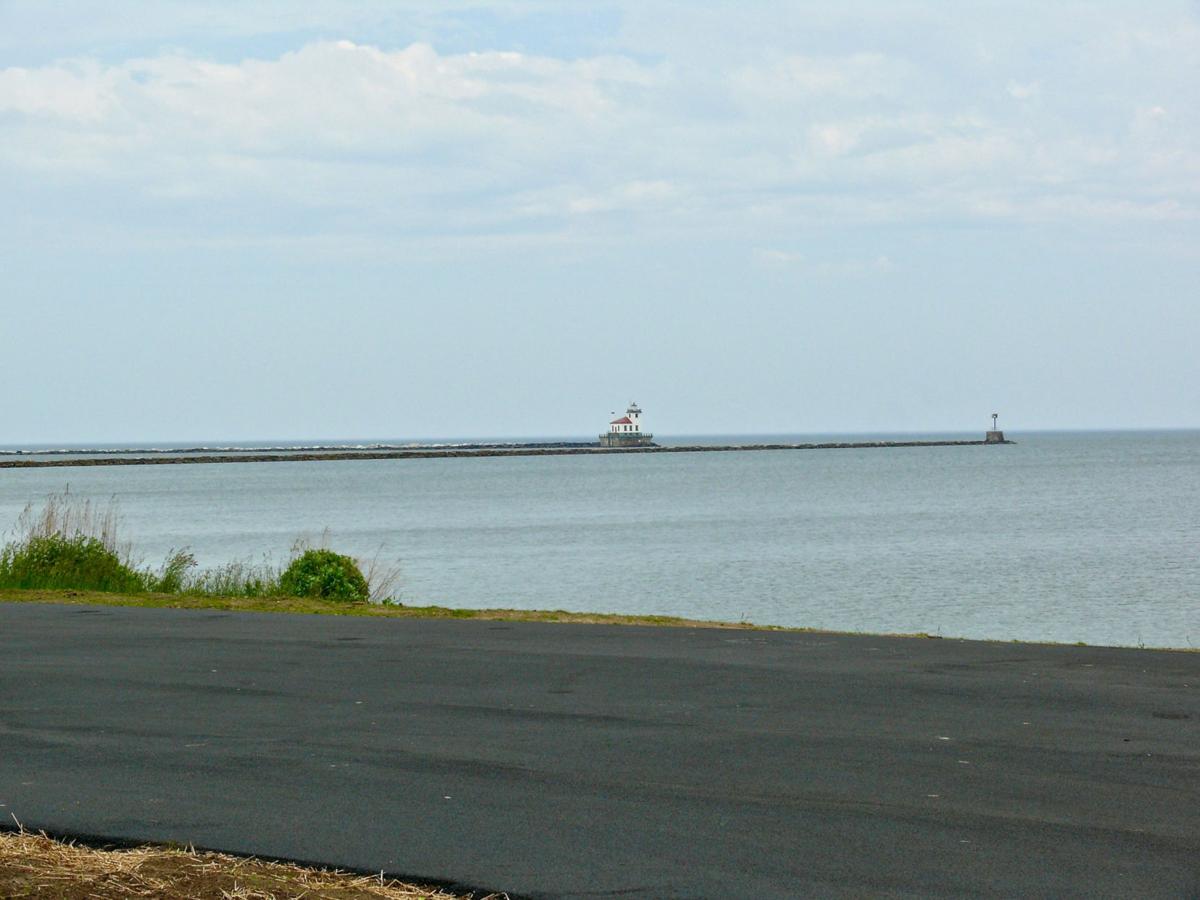 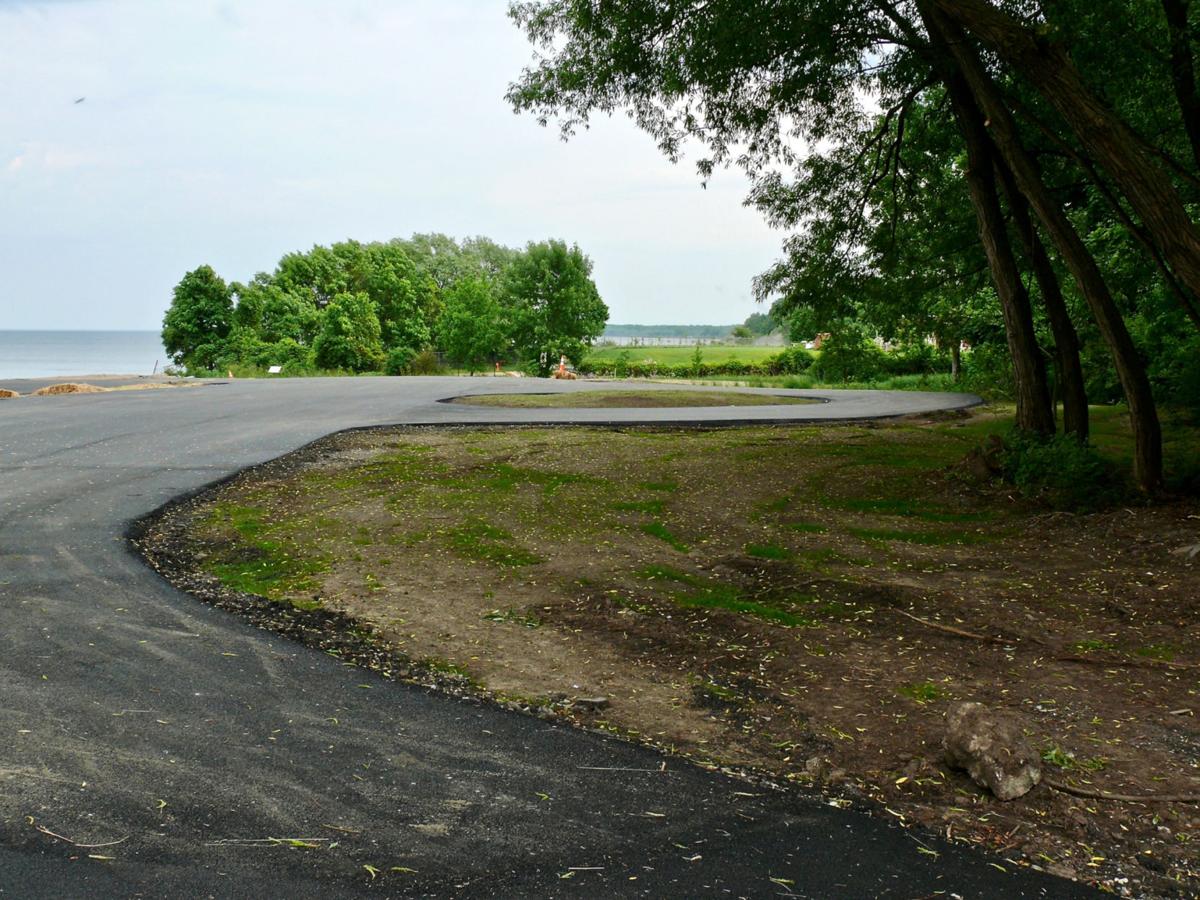 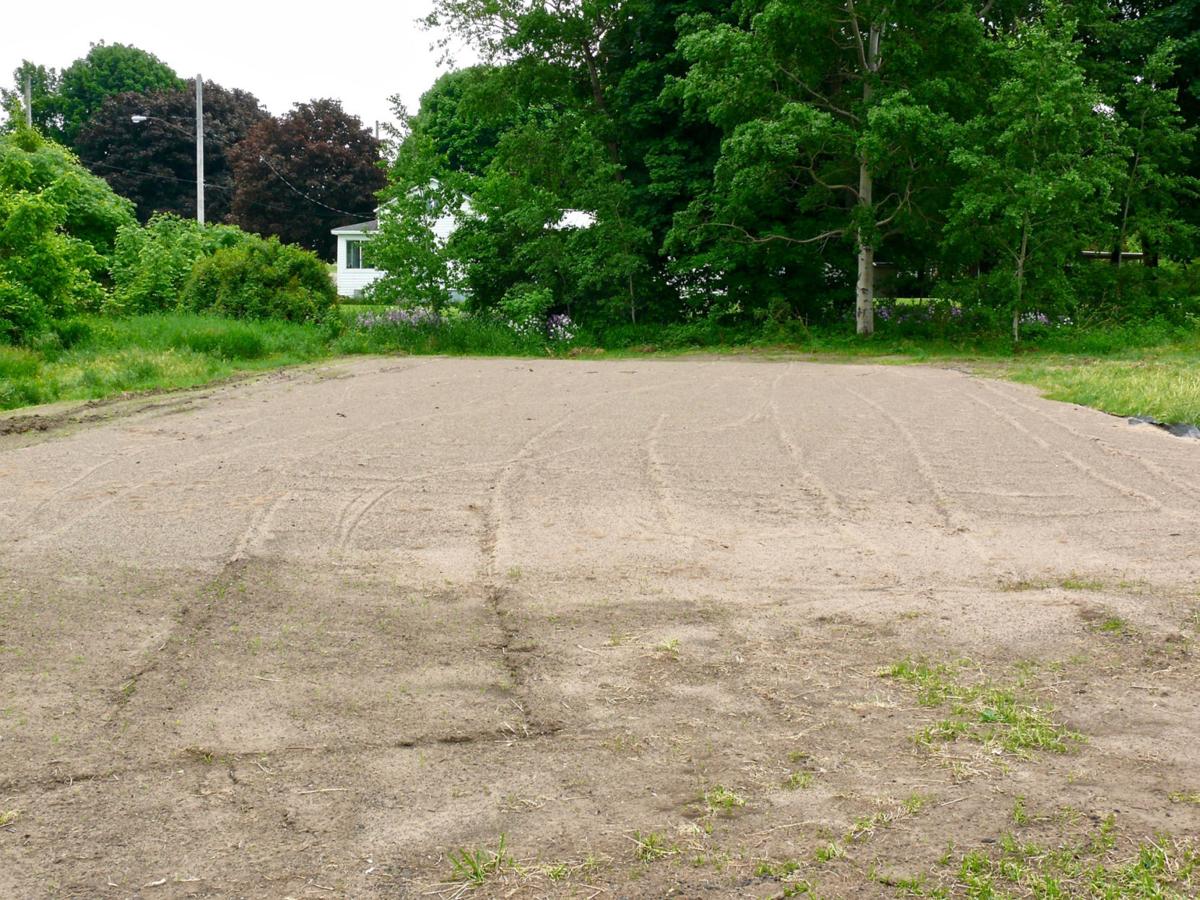 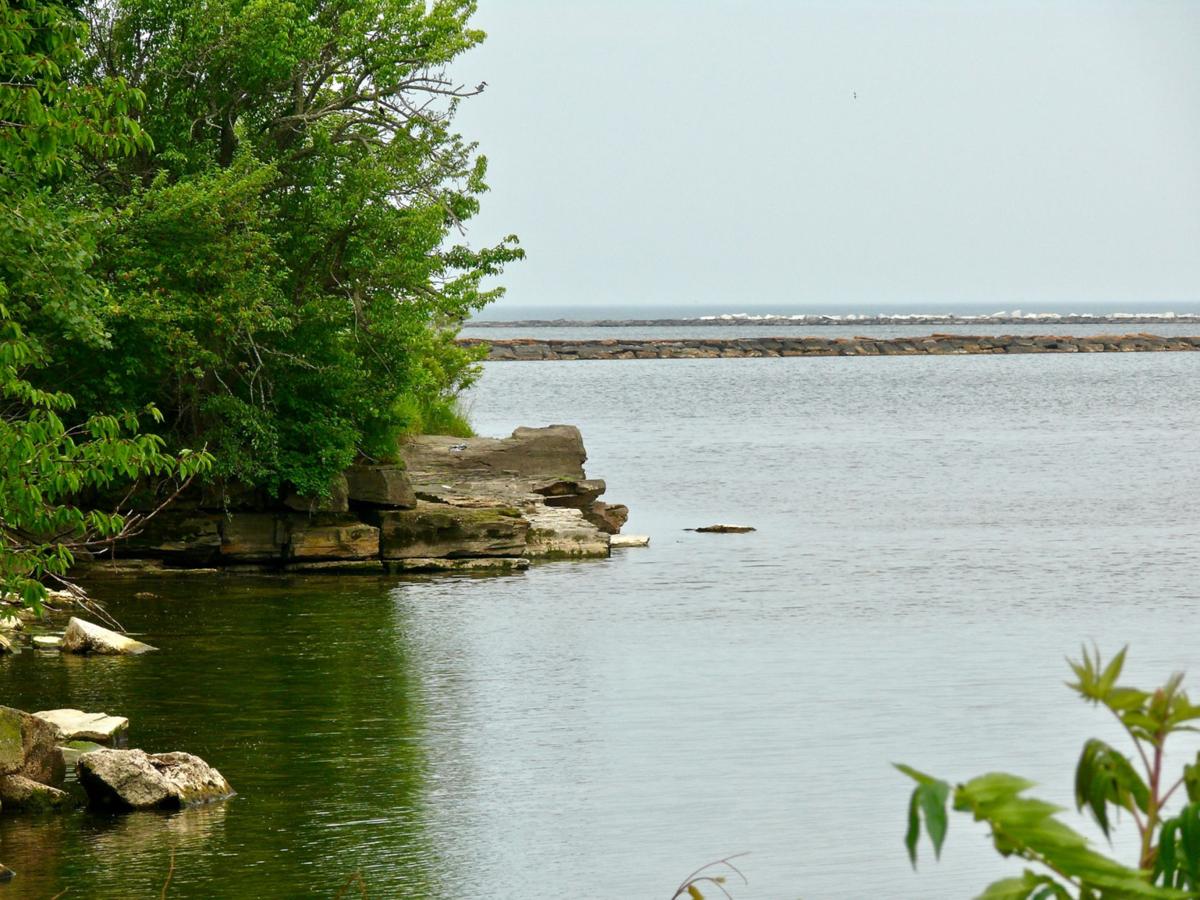 OSWEGO — If there’s one ward in this city that’s truly suffered over the past 50 years, it’s the second ward. No other ward took the brunt of the Pollution Abatement Services’ (PAS) chemical incineration pollution of the 1970s like the second ward. No other ward suffered the cancer cluster and deaths that ensued. And no other ward suffered the poverty that came along with a rather untouchable stigma that left the ward almost a pariah within the city. That is finally starting to change.

The Barlow administration, never one to shy away from a problem, promised this past January it would do something for the second ward, and true to its word, it’s doing it. What was once just an empty and neglected gravel lot running down to the lake at the northern end of East 10 ½ Street, will soon become a public park with amenities that not only the second ward but all of Oswego can enjoy.

“In my State of the City, we talked about bringing the gravel parking lot at East 10 ½ Street in the second ward back to life, or to life,” Mayor William Barlow said at a June 1 committee meeting. “I don’t know if it was ever a desirable place. It’s the only waterfront property that the city owns on the east side. The Port Authority owns most of it, and if you remember a few years back, it used to go down to Flatrock and so on. That access was actually cut off, leaving east side residents and the east side of the city with no real waterfront access.

“We have a $100,000 grant from Senator Ritchie to do this project,” he continued, “and as I mentioned earlier in my address, what our plan for the area, and it’s already under construction, is to pave the parking lot, because it was gravel before with a lot of potholes and ruts in it. So, pave the area. We actually put millings down, the area’s going to get paved tomorrow (June 2), I think. We put a bunch of soil down between where the parking lot ends and the rocks that already exist there. So, it gives people a picnic area to lay a blanket, or tan, or whatever they want to do there. We’re putting in a small ramp so people can back right up to the ramp and unload a kayak or paddleboat, if they wish, and have access right there. We’re actually putting in a volleyball pit. The sand’s already been dumped to create that pit, and as you enter the park just to the left, we cleared out a bunch of brush and if you go down to Wright’s Landing marina, you’ll notice that the grills from the pavilion that was there are gone, and we are going to repurpose them. The pavilion’s already over at East 10 ½, and we’ll be reinstalling the grills there soon. We’re actually having a survey done of the property. It was conducted last Thursday or Friday, and we believe the city actually owns quite a bit of property along the lakeshore, and there’s already a trail that’s been padded down along the way. So, we’re going to continue clearing some of that brush along the way to even expand waterfront access. The DPW’s doing all of this work in-house, but they bought the sand for the volleyball pit, they will be buying more sand to put around where we put the grass down. The pavings and the millings will be coming in. We’re going to have a small electrical service. If you go in the parking lot, it’s a wrap-around parking lot, and there’s a bioswale we put in just for aesthetics and actually to hide the catch basin we installed, and, as you know, bioswales, as we’re doing on Route 48, just treat the rainwater and lead it into a drain. So, there’ll be some electrical work on some of that landscaping that’ll go in there. We actually built a small area to come off of the driveway a bit, so if a food truck wanted to pull up and hook into power, they can do that. Or, if somebody had a picnic and wanted to hookup music or lights. We’re also going to light the parking lot. That’s been a question that we’ve had asked. We’re obviously going to light it and put up security cameras like we did downtown.”

Just about everything in government seems to have a financial component, and so, the mayor went on to explain that aspect.

“So, the agenda item tonight,” he said June 1, “is to take the funding, which we don’t have yet. The grant, just like all grants, will be reimbursed upon completion. So, what I asked the city chamberlain today is, as these invoices come rolling in, do we have to set up a separate account, pay the receipts out of that account, and then get reimbursed once the grant comes in and the project’s complete? She said yes. So, we would use an account that we’ve used for previous DASNY grants that we’ve closed out, DASNY being the state agency that the money comes from. And we will pay the invoices out of that account, assuming you (the council) forward the $100,000 to that account, and then, once the project’s done and closed out, the state will reimburse us. Since the DPW’s doing the work in-house, the pavilion was ours, the millings were ours, the DPW laid the soil, which was free, they used their equipment to lay down the millings, they dumped the sand, they graded the launch. So, a lot of the work’s done. We’ll be right on budget with $100,000. If anything, we’ll come in a little lower.”

Unfortunately, the state has a well-earned reputation for being extremely slow to pay for work done or to reimburse for upfront money laid out by municipalities. First Ward Councilor Susan McBrearty compounded that reality with the state’s present COVID-induced financial restraints into a question for the mayor.

“Is there any concern there about how long it’ll take for the reimbursement given the state’s freezing grant funds at this time?” she asked.

“I expect it’s going to be a long time,” he said. “DASNY is often known to take quite a while anyway. The project, as I said, DPW already started. They plan to have it done in about two weeks or so. They have to hustle to get it done to get over to Wright’s Landing to fire that project back up. I have no timeline for reimbursement, but I hope end of the year. But it’s hard to say right now. Hopefully, the end of the year, but that may be optimistic.”

Nevertheless, the second ward and the city will get its new park, and Second Ward Councilor Shawn Burridge is all for it.

“With the loss of Flatrock, a lot of the people I spoke to are really looking for something that they could call their own over here in the second ward,” Burridge said, ‘and I think this is it. Everybody’s excited about it. Everybody wants it. I think this is something the second ward deserves, and it’s really going to help out quite a bit over here.”

Only one concern hangs over the new park’s future, and that is a concern over security. Barlow sought to allay that worry.

“We proved on the riverwalk,” the mayor said, “that once you put some cameras up, the folks, whether they’re homeless, or doing bad things in these areas, the reason they’re there is ‘cause they don’t want to be where other people are. So, once we throw lights and cameras up, usually, they’ll find somewhere else. They probably were at East 10 ½, or near there, because at night nobody was there. So, I think, now that we’re going to introduce some activity and make the area nice, my guess is they’ll end up finding another site where nobody is, wherever that may be. Obviously, in the beginning, we’ll have to send OPD (Oswego Police Dept.) over quite a bit just for security and to really be sure people are treating the site properly and the way it should be treated.”

And lastly, not one to be endlessly bound by tradition, the mayor gave his thoughts on naming the park.

“The reason why the name is so generic, Lakeside Park, is because I found that in Oswego, we tend to name things after everybody,” he said. “So, I figured let’s just put the park up and name it Lakeside Park, and maybe our successors will have the honor of dedicating it, if somebody wants that.”

A couple weeks after this June 1 meeting, Second Ward Councilor Shawn Burridge offered these additional thoughts on the park and what it will do for the city.

“Some young people from the east side, and some from the west side, go down there and swim,” he said. “It’s probably the only place that I know of, that’s close by in the city that you could actually swim in the lake. I actually take my kayak and go down there. So, this is going to give people an opportunity to be able to go down there with their kayaks, paddleboats, canoes, and do a little paddling around and have a little fun themselves too.”

Burridge often swims in the area between the park and the eastside marina with his seven-year-old grandson, attesting to the safety of those waters.

“I’m real happy with the way it’s going,” Burridge continued. “I think they’re shooting for some time in July to get it all done. They’re kind of piecing it together as they go, but they’re doing an excellent job. We’ve got great DPW guys. These guys are pretty handy.”

As far as the park itself and its location, “the sunsets look awesome there,” Burridge said. “Breitbeck is pretty heavily used right now. This will give another avenue for people on the east side and for more people to have an event. It’ll make things nice.”

And it’s certainly a great start to bringing back a ward that deserves, perhaps more than any other, to see some of the benefits that so much of the rest of the city has seen over the past few years.