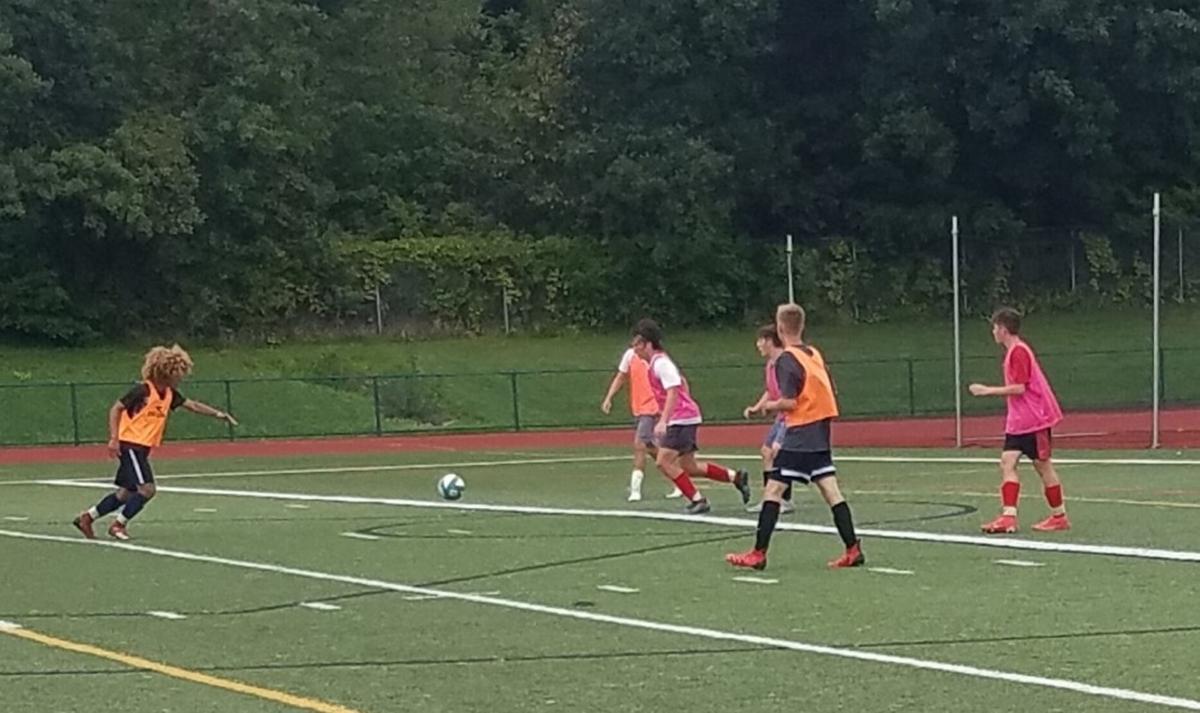 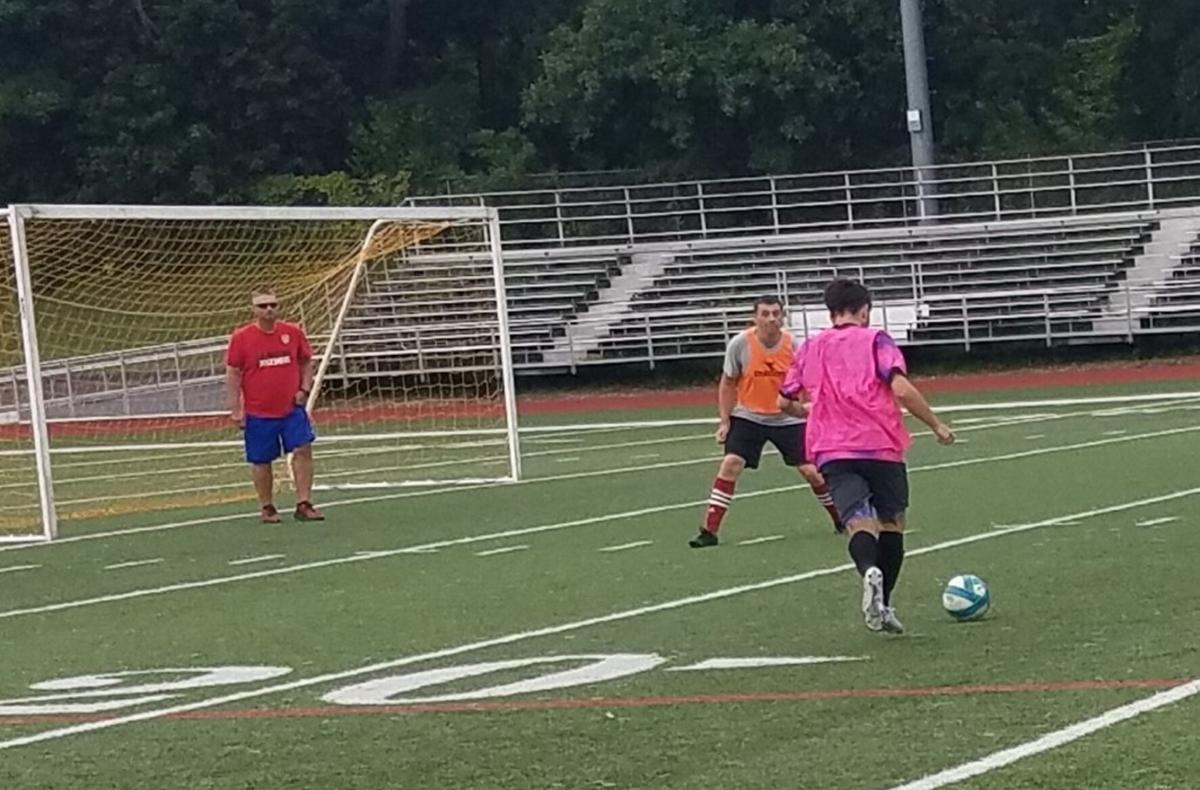 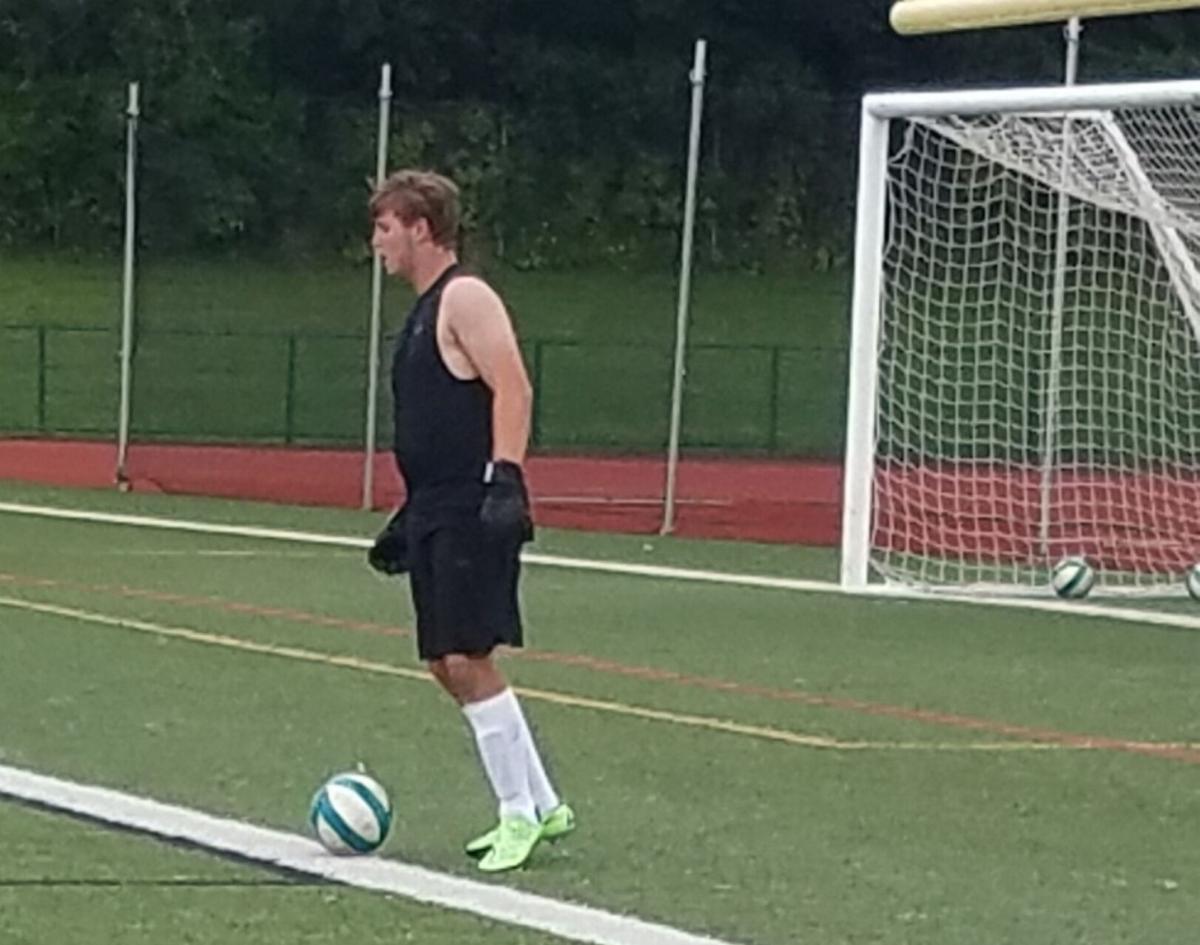 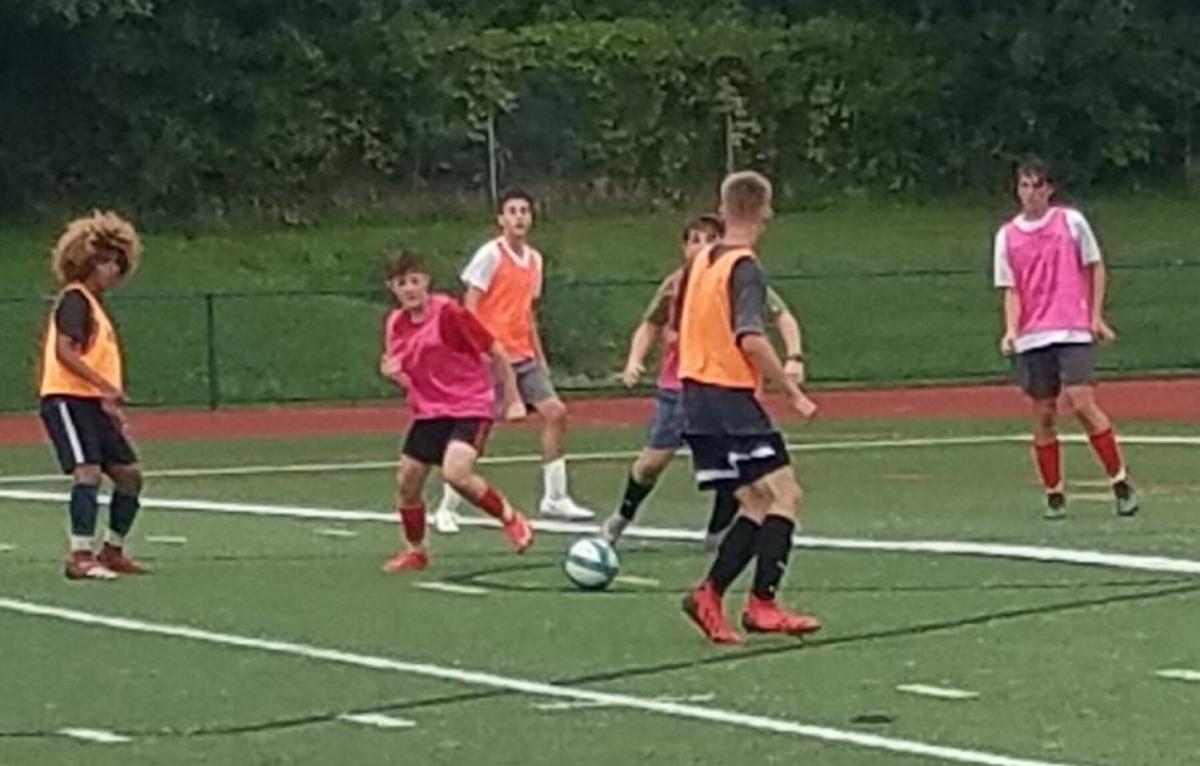 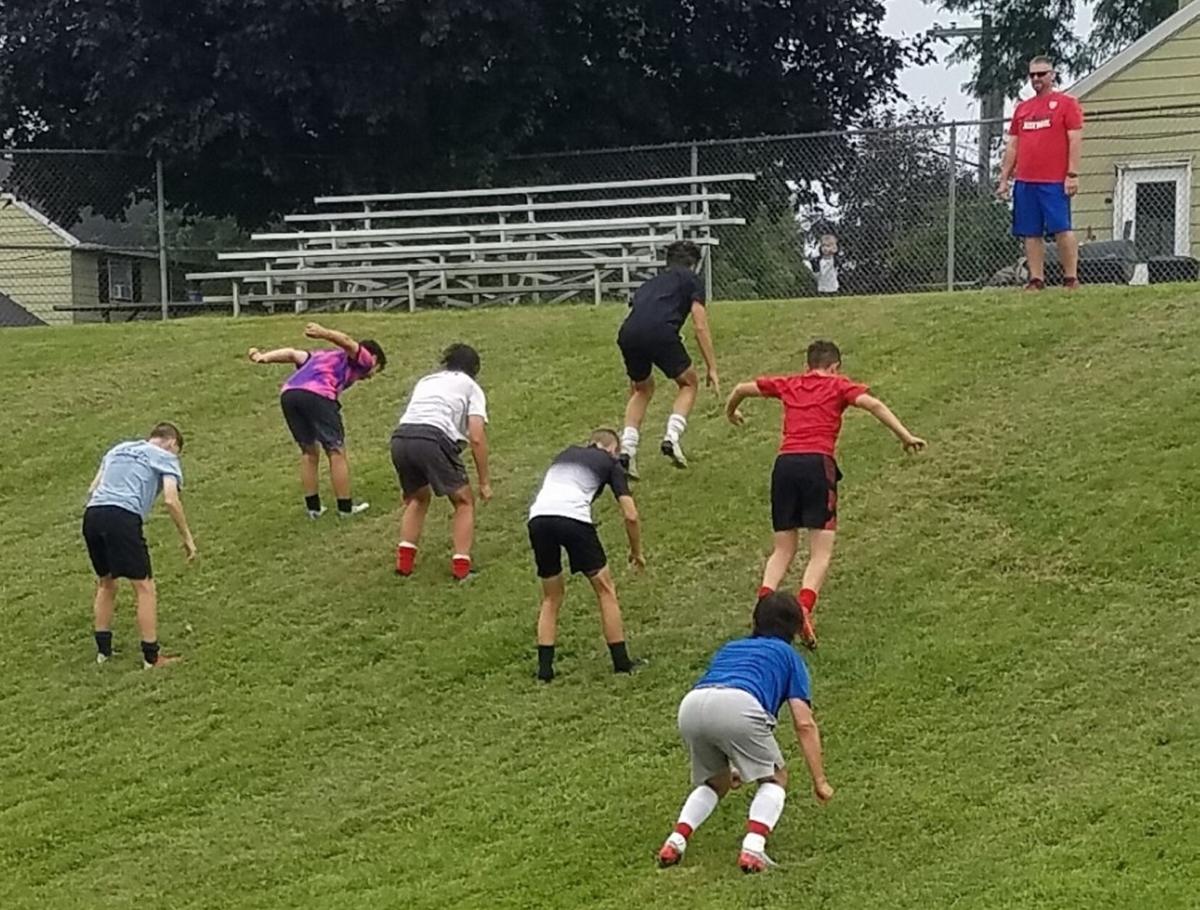 FULTON — The Fulton varsity boys soccer team has ended preseason practices with conditioning work on the hill behind the G. Ray Bodley High school turf field, a fitting task for the youthful team looking to climb their way back among the Section 3 Class A contenders.

The Red Raiders opened with a nonleague tournament at West Genesee this past weekend and are starting fresh with a mostly new unit eager to return to the Salt City Athletic Conference Empire Division.

Fulton played just a few games and scrimmages last spring after their fall season was delayed due to COVID-19 concerns, facing area teams outside of their usual league. The program that traditionally operates on year-round involvement was also unable to gather for a full year, from the start of the coronavirus pandemic until their first practice last spring.

“All of it was tough last year, so it’s nice to be back out here and get a full slate of games hopefully, the kids are looking forward to it,” said Nathan Murray, entering his 10th season as head varsity coach.

“We’re young and we’re inexperienced, but they come here ready to work hard and ready to train. … This is the first time we’ve consistently been together for really, a long time, and I’m looking forward to seeing how quickly we can get organized on the field.”

Fulton will suit just three players that have a full year of varsity under their belts. Senior goalie Dalton Hines and striker Matthew Miller are back after playing varsity as sophomores in 2019 and again last spring.

Senior scoring threat Gibran Catano-Matip is also back after playing in 2018 and 2020. He briefly moved to California and missed the fall 2019 campaign at Fulton.

The veteran trio believes the connection is developing quickly between the young players, some of whom got a brief taste of varsity last spring.

“We lost most of our seniors and people who have been playing a long time, so we’re starting with more or less a new team,” said senior Matthew Miller. “We may not be as skillful or experienced as we’ve been in the past, but I like our chemistry and think that can take us through this season.”

Catano-Matip is the only remaining member of Fulton’s Section 3 Class A championship team from 2018, which capped off a strong stretch of winning at least 14 games in three of four seasons for the program.

He and his fellow returners believe that the quest to reach the sectional playoffs, perhaps making another magical run to a title, has already led to a more determined and focused squad for the fall.

“I’m happy that we’re getting the full season and we get a chance to play for the sectional finals,” Catano-Matip said. “Last year, we didn’t have that, and people didn’t want to come to practice or show up sometimes, so I think we’re more into it now and we’re practicing hard to try to win.”

Murray was pleased with the budding chemistry as Fulton wrapped up its preseason preparations.

He pointed to strong communication on defense as evidence and said that the team will need to rely on that unit — starting with Hines in goal — to creep back into sectional contention.

Fulton finished 9-8 in its last full season in fall 2019 and Hines contributed by making a multitude of impressive saves, a trend that will likely need to continue for the Red Raiders.

“It’s nice to kind of get with this new team and see how it grows,” Hines said. “Hopefully we can take it to sectionals, it’s kind of hard starting out having to fit in with a whole new team, learn everybody and how they like to play, but it’s exciting too.”

Here is what to expect from all Oswego County varsity boys soccer teams this fall.

Central Square: Senior Matthew Herrmann returns after finishing with seven goals and five assists to lead the Redhawks to a 4-6 record in their delayed fall 2020 season.

Oswego: Don Fronk takes over as the new head coach for the Buccaneers, who went 1-5 last fall in an abbreviated season due to COVID-19 concerns.

Mexico: Senior Carter Jock scored a team-high eight goals to help the Tigers finish 6-5 last fall, and is back for his senior season.

Phoenix: Firebirds head coach Chris Prenoveau returns a veteran squad led by a trio of versatile fourth-year seniors. Sean Stevens is back after three straight seasons of leading the team in scoring, occasionally shifting to defense for full games to help in certain matchups. Jacob Carter and Brendan Champion are other key fourth-year seniors that play multiple positions, while classmate Parker Allers will anchor the defense.