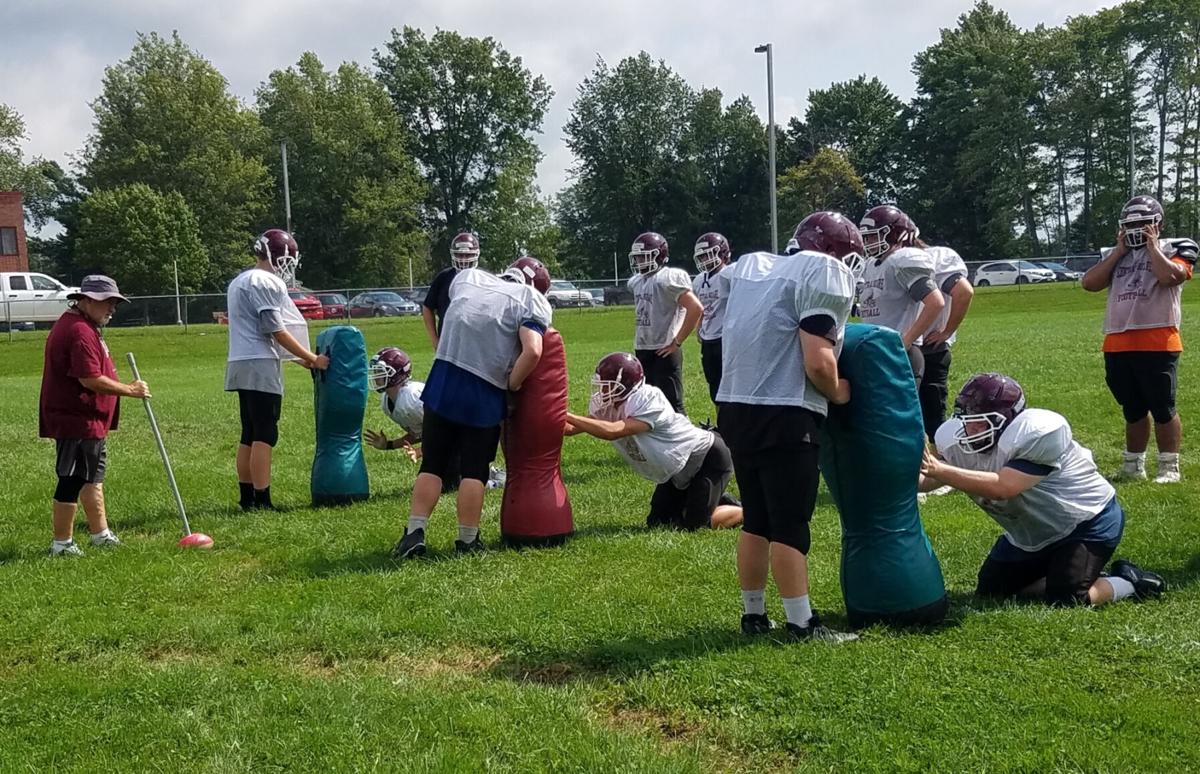 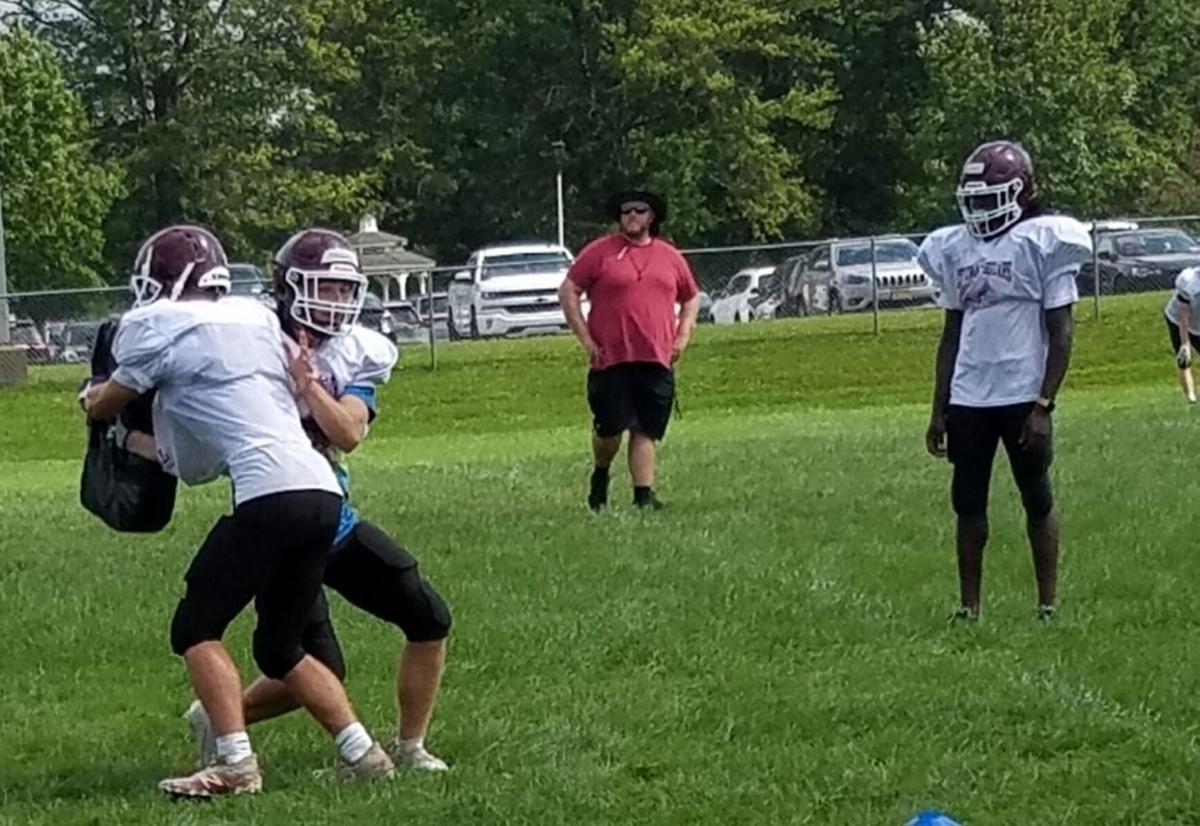 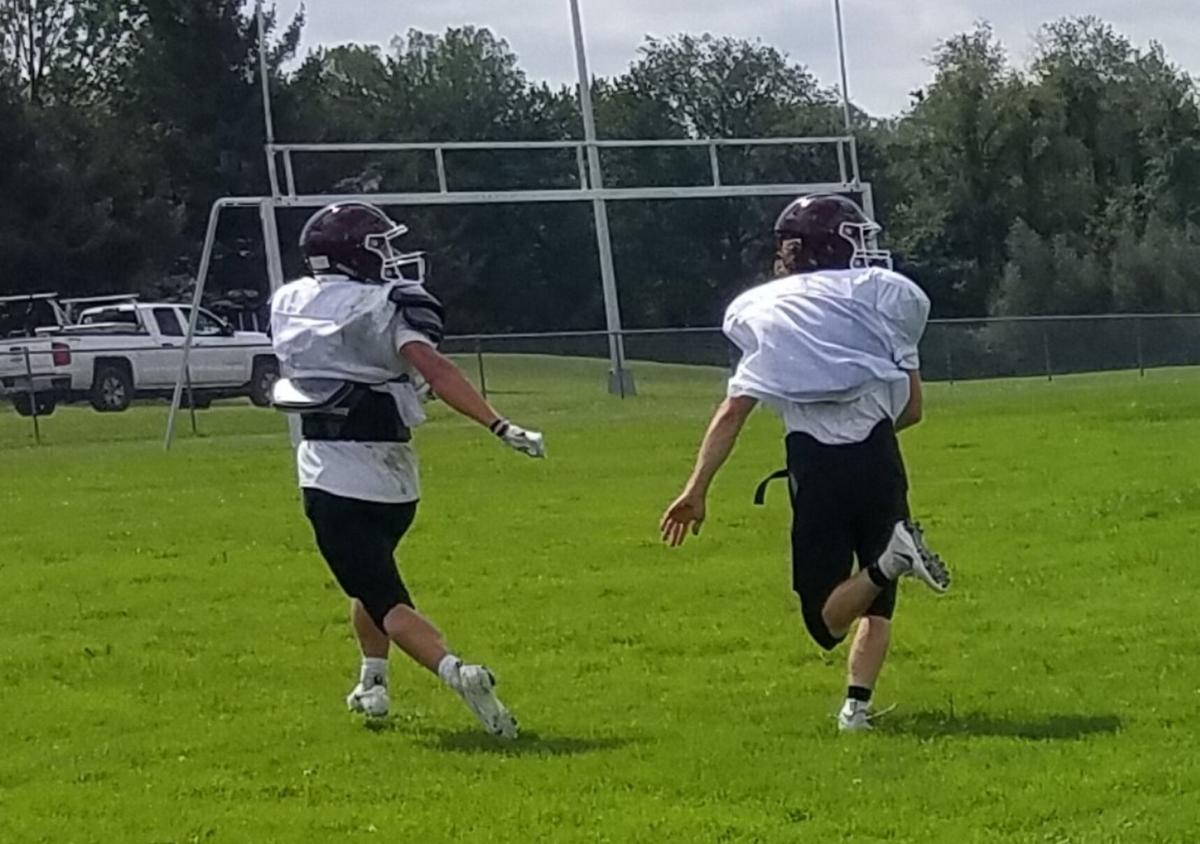 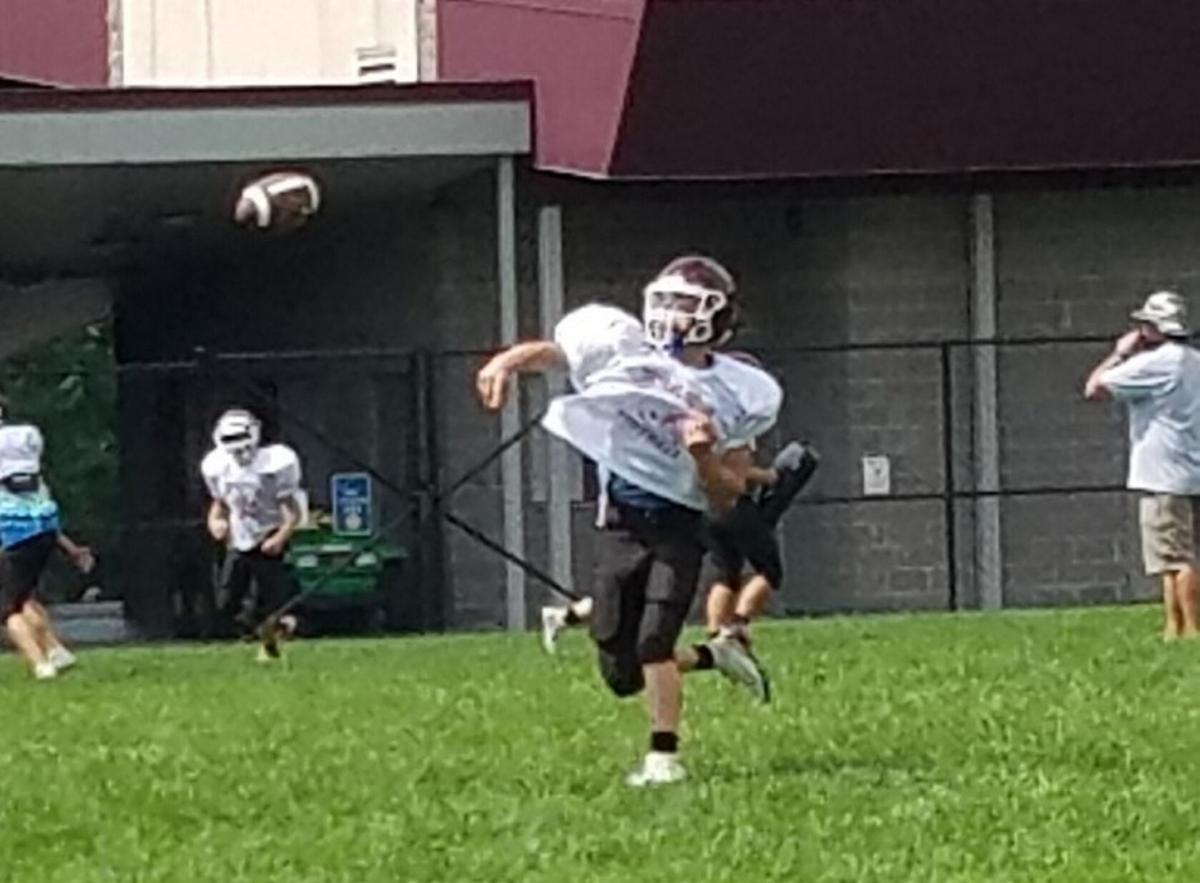 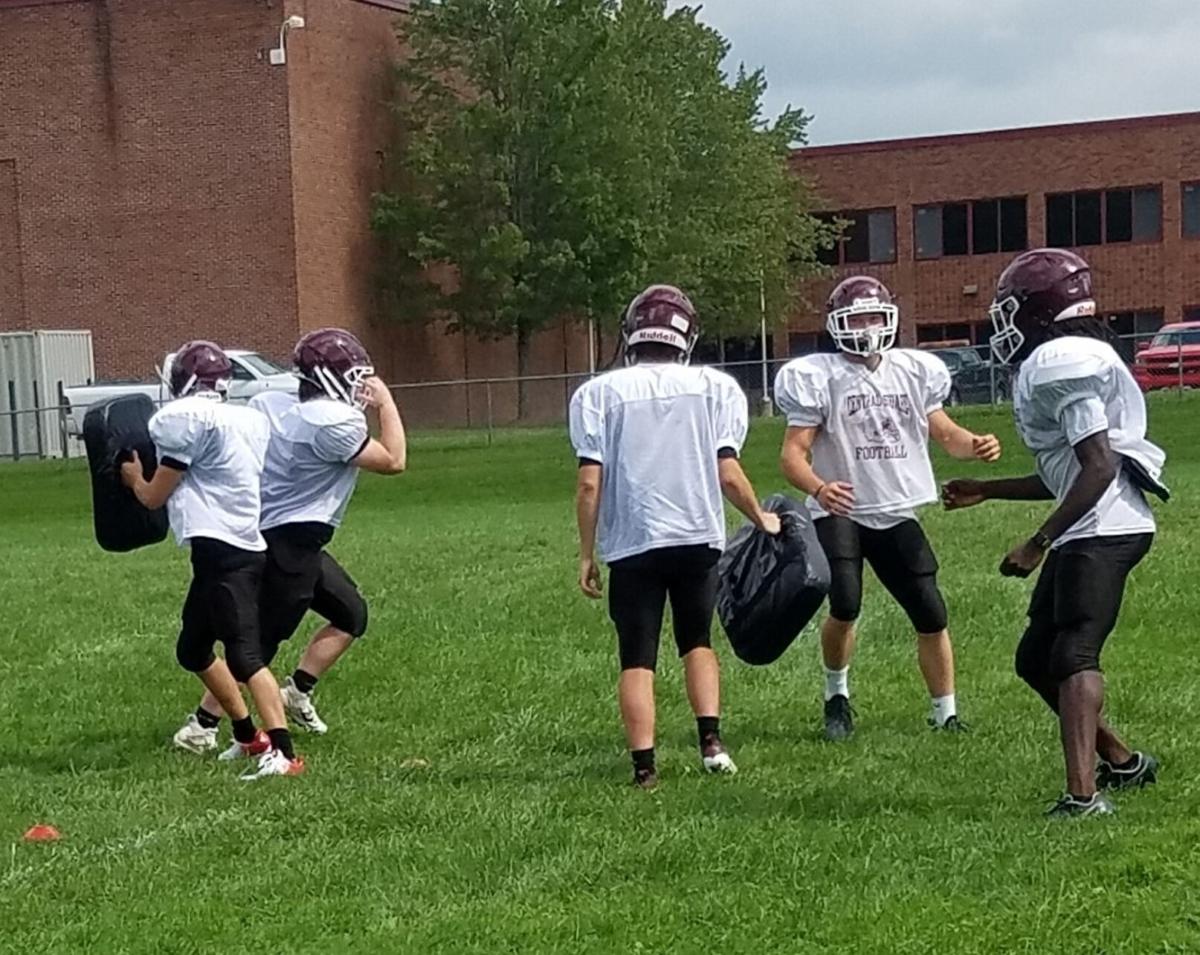 CENTRAL SQUARE — Kevin Matteson has reunited with former players in hopes of instilling a sense of strength and selflessness throughout the Central Square football program.

Matteson is the new varsity football coach for the Redhawks and is scheduled to kick off his first season at the helm at 7 p.m. Friday in a Section 3 Class A interdivision matchup at East Syracuse-Minoa.

The former junior varsity coach since 2014, Matteson is beginning with players that he helped develop on their way up through the program as he takes over for former coach Kevin Kelfass.

“He said at the beginning of the year: ‘Smashmouth football,’” said Brian Weed, a senior running back and linebacker. “He’s really brought around that culture for us and making sure that we put 110 percent in every play, and we know that’s what he’s looking for every time we step on the field.”

Matteson has focused on bonding and team building, implementing a new offensive system, and making some tweaks on defense throughout preseason training camp.

He is aiming to display a tough, powerful breed of offense with a variety of players involved to help Central Square bounce back from an 0-3 record in last spring’s condensed campaign and a 3-5 mark the year prior.

“My hope is if you’re a fan of Central Square football that you’re going to see a group of tough young men who are competing, going out playing hard, and are selfless,” Matteson said. “We’re going to get the ball in a lot of different people’s hands on the offensive side, and people are going to have to accept roles. You’re going to see tough, physical football with a selfless mentality.”

Matteson’s plans on offense begin up front with an offensive line that the team believes to be improved through experience. The Redhawks bring back multiple veterans up front, led by fourth-year senior, Alex Peterson.

Matteson also mentioned the improved play of seniors Dan Brown and Pat Barber in the preseason as reasons for optimism up front.

“When you’re building a football team, it all starts in the trenches, and having guys like that really step up has gone a long way for the culture and everything that we’re trying to set,” Matteson said.

Senior quarterback Colby Fox is back and expected to engineer the new offense, while fellow seniors like Weed and Tyler Fleming will headline a group of skill players that are collectively looking to shine rushing and receiving.

Central Square enters the season with a roster of 40-plus players, providing the depth needed to pull off the committee approach.

“The energy is definitely there, we’re all pretty confident in each other,” Fleming said. “The new offense seems to be working for all of us, and at all the skill positions, there are a lot more opportunities.”

Matteson works as a Spanish language teacher in the district and started his coaching career as an assistant at Hannibal while he was still attending college and spoke of longtime Warriors coach John Manion as a mentor who helped shape his coaching philosophies.

He then moved to the Central Square football staff as an assistant upon accepting his teaching position in 2012 and became head JV coach two years later.

He has enjoyed rekindling the bonds he shared with several former players and said he is eager to coach the upperclassmen all together after previously losing his top sophomores to the varsity program each year.

Players also spoke positively of their first training camp under Matteson, appreciating the determined push to improve with occasional moments of comedy from their head coach in the midst.

“I think he’s doing a really good job and bringing what Central Square football is about — power, playing as a team, playing together and having a fun time while doing it,” Fox said.

“It’s all really the same (as JV together), just the fact that we’re all a little bit bigger and older than we were,” Fox added. “He knows how we play. He knows us as kids, and he’s trying to make the offense so that we can all work together better as a team and win more games than we have in the past.”

Altmar-Parish-Williamstown: Jeff Bzdick is back for his second season as head coach after guiding the Rebels in their return to traditional 11-man football in a condensed campaign last spring. The longtime APW assistant will look to keep rebuilding the program in the Section 3 Independent Division after the team spent 2018 and 2019 playing Eight-Man football to combat declining participation.

Fulton: The Red Raiders are back for a full season in Section 3 Class A after going 4-3 in the Independent Division in 2019 and making a brief return with three games last spring.

Mexico: The Tigers are on the upswing after posting a 4-0 record last spring, and longtime coach Tee Murabito will aim to keep building back from consecutive winless Class B seasons in 2018 and 2019 as members of the Section 3 Independent Division for this fall.

Oswego: The Buccaneers returned last spring under coach Jason Primrose for their first game since October 2018. They are now set for the full fall season on the state-of-the-art turf field they debuted last year in the Section 3 Independent Division.

Phoenix: The Firebirds finished 1-3 last spring and coach David Johnson will guide the team as they aim to step into contention among teams in the Section 3 Independent Division.

Sandy Creek: Quarterback Wyatt Hilton and leading rusher Justin Thayer are back as seniors to guide a strong backfield that includes classmate Maddox Brown and Logan Henry, the latter of whom missed last spring season when the Comets finished 3-2. They are expected to contend in Section 3 Class D in what could be the last year as head coach for Mike Stevens after 23 seasons and more than three decades overall with the program.