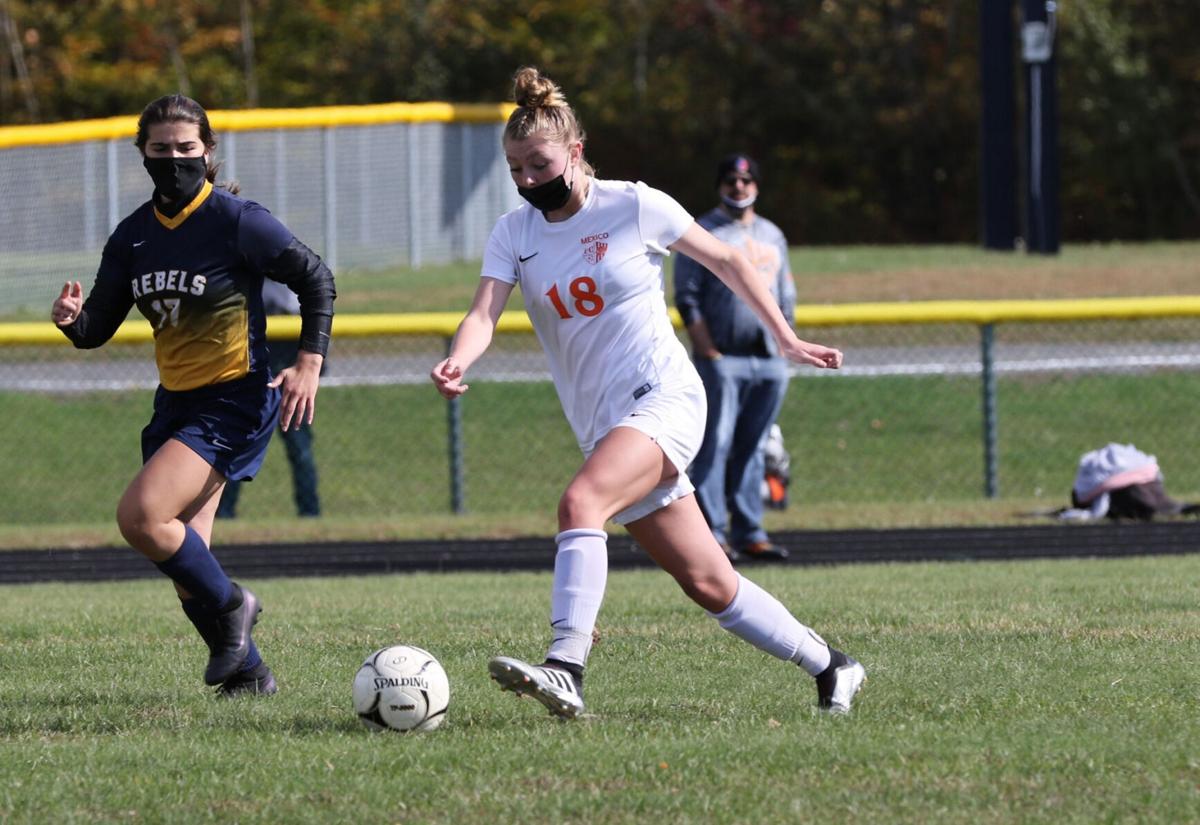 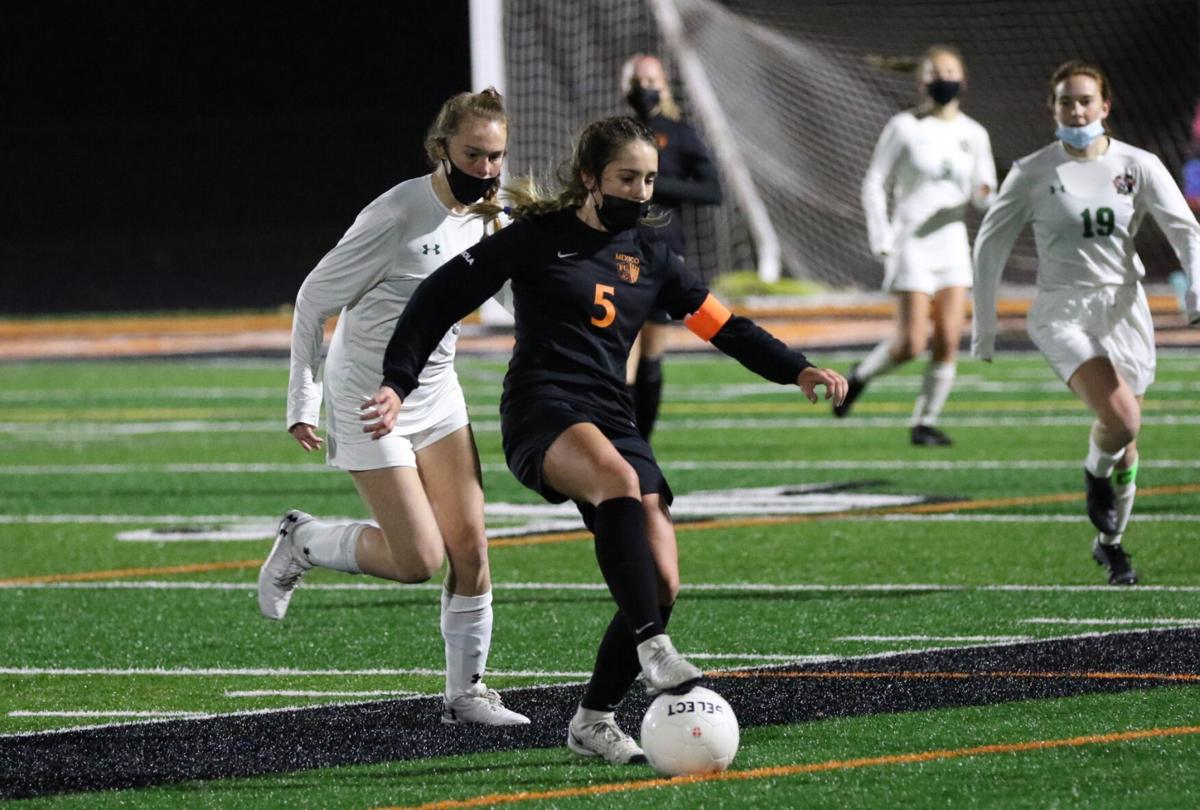 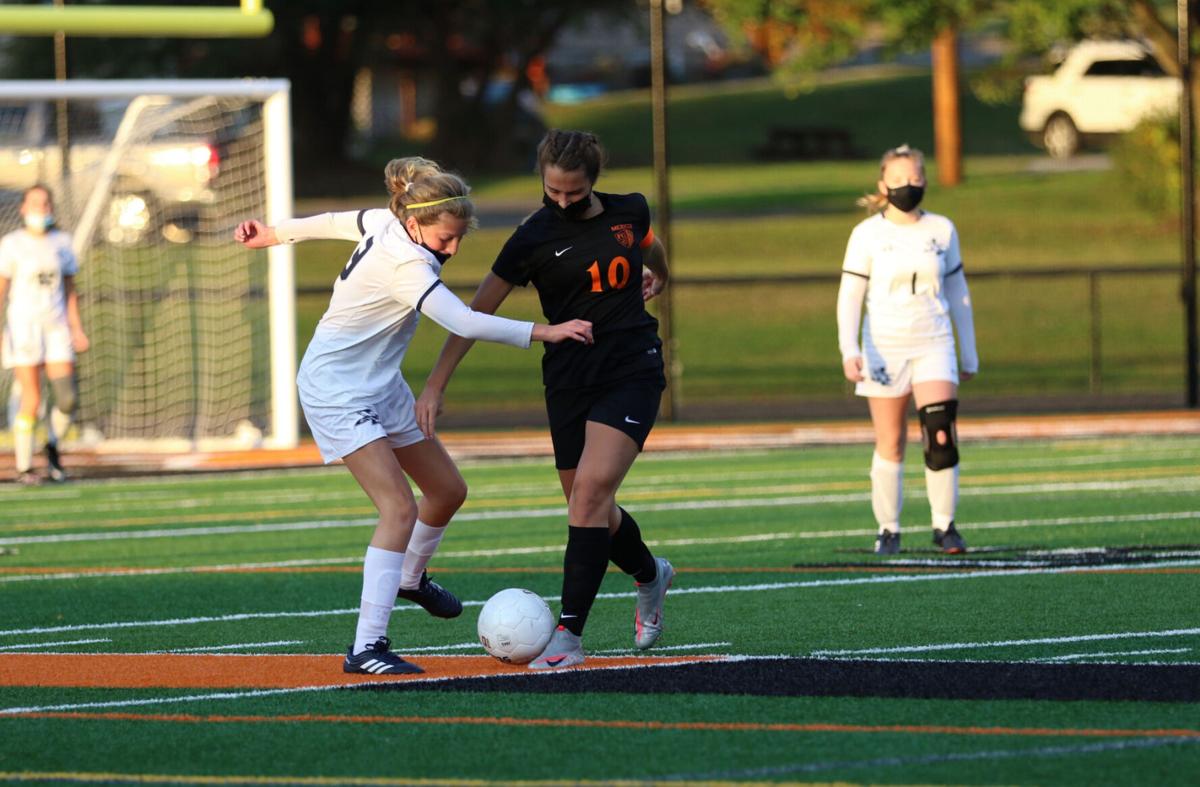 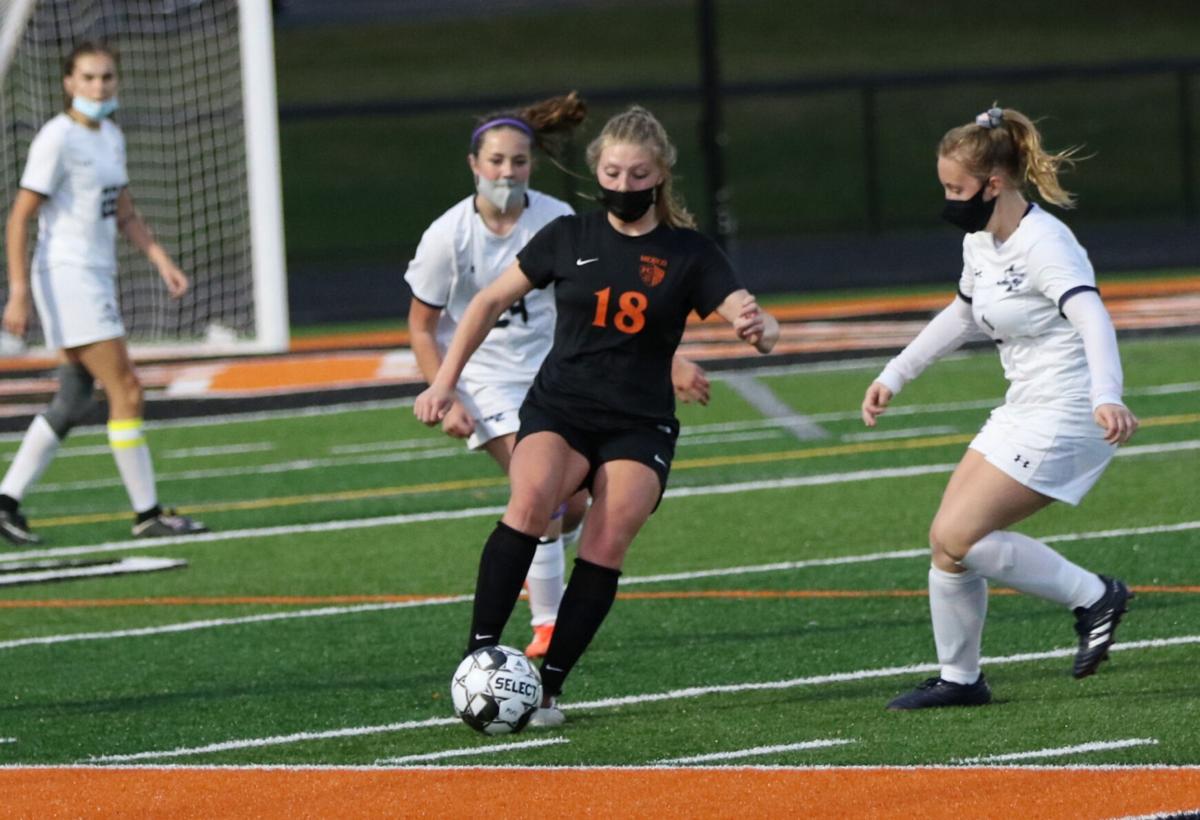 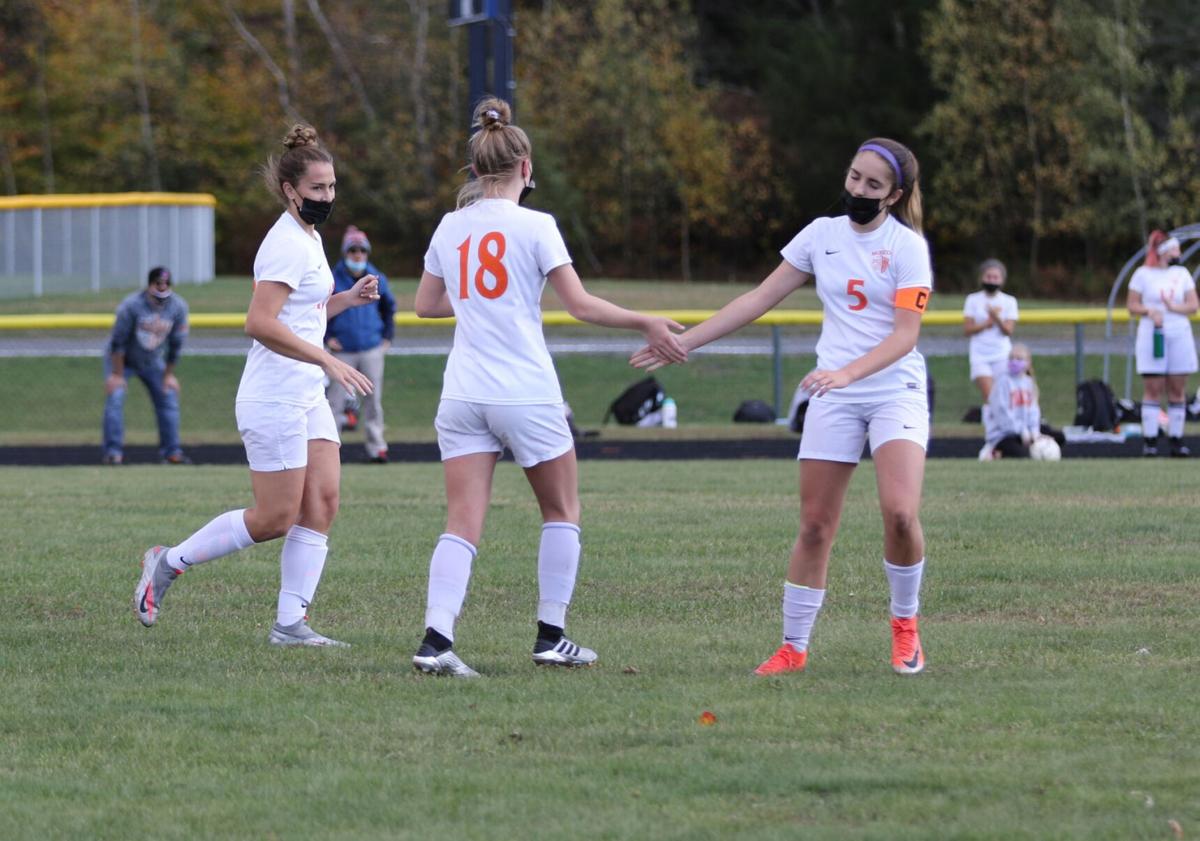 MEXICO — The Mexico High School varsity girls soccer team has spent much of their free time together since a breakout season and have established the goal of maintaining that attachment deep into the fall.

The Tigers opened the new fall campaign as part of a host tournament over the past week with the objective to build upon their 7-3 overall record from last year’s delayed and shortened season with several key starters back in the fold.

The tight-knit unit spent three days per week this summer training together, and many others worked additionally solo or in small groups at the high school turf field as soon as the snow cleared last winter in advance of the upcoming season.

“Last year we overcame not having a preseason, and I was proud of our team for that,” said senior Mackenzie Craig, one of three captains for this year.

“I think that attitude is going to carry over into this year and it’s a confidence, but it’s also a knowing that the work has to be put in as well,” she added. “The workouts and the practices all summer were definitely helpful, and just staying together, it keeps that team chemistry going.”

Players also worked on their own or in groupings prior to and after the organized sessions with assistant coach, Chris Harter.

Charles said that he often drove by the turf on other random days going back to early last spring and smiled at the sight of his players going through drills independently or with a parent.

“I feel like we’re going to be a really strong team this year, because of the amount of time we’ve played together, especially since last season, we know the way we all like to play and are used to everything,” junior Grace O’Gorman said.

The Tigers posted five shutouts and a scoring margin of 31-9 in the condensed slate last fall, topping their scoring total from the prior season in nearly half the number of games.

They also matched their win total from the prior two full seasons after finishing 7-11 in 2019 and 7-8-3 in 2018. Fifth-year varsity junior Adria Ariola said that taste of success last fall has helped motivate players to work toward repeating it in a full season and the return of the Section 3 playoffs.

“It’s just exciting because last year at this time, we didn’t have this, so it’s nice to have that return and be back with everyone together in a normal setting again,” Ariola said.

“Our goal before everything happened last year was to make it into sectionals, but now we think we have a chance to go far,” she added. “We think our team has a bright future.”

Mexico’s top three goal scorers from last year are back along with senior goalie Briana Urquhart, who is among the top returners at her position in the Onondaga High School League and all of Section 3.

She made 70 saves and allowed just nine goals in 10 starts as a junior last year, her third as the starting goalie.

O’Gorman, who also spent much of her offseason playing club soccer for the Syracuse Development Academy, will serve as the focal point of the scoring attack after leading the team with 11 goals and six assists last year.

The fourth-year varsity junior possesses shooting power that ranks with the top players in the area.

Ariola finished with five goals and four assists as the second-leading scorer last year and led the team in both categories the year prior. Craig is another key returning contributor going into her fourth varsity campaign.

Here is a look at the rest of the Oswego County varsity girls soccer teams for the upcoming season.

Altmar-Parish-Williamstown: The Rebels have handed the reigns of the program to APW alum and former team standout, Rhiannon Plantz, as the new head coach. Former coach George Parker has stayed on as an assistant to help the transition.

Central Square: The Redhawks graduated the tandem of Emma Herrmann and Cora Keohane, a pair of college players who finished as the team’s top two scorers in each of the last three seasons. Junior goalie Samantha Haley leads a young group aiming to extend the program’s run of recent success.

Fulton: Veteran coach George Beckwith will guide the Red Raiders back from a lost 2020 with senior goalie Lydia Mirabito one of the few returning players from the 2019 campaign.

Phoenix: Courtney Carter scored 15 goals last fall to lift the Firebirds to a 7-6-1 overall record and is back as a junior for coach Jason Stenta.

Pulaski: The Blue Devils will return to the OHSL Patriot National Division after finishing 0-5 in a condensed schedule last fall, playing out of league against all Class B opponents. The team returns with a unique blend of experience and youth — only eight of 17 players are upperclassmen but just one is new to the varsity squad. Coach Jake LeBeau said the team committed to its summer program and played multiple games per week, essentially coming off an 11-week preseason.

Sandy Creek: Matt White is back to coach one of the largest rosters in recent memory for the Comets, sporting eight seniors among 21 players overall. White was encouraged by his team’s performance in a condensed spring campaign last year and hopes to contend in the Frontier League “D” Division.