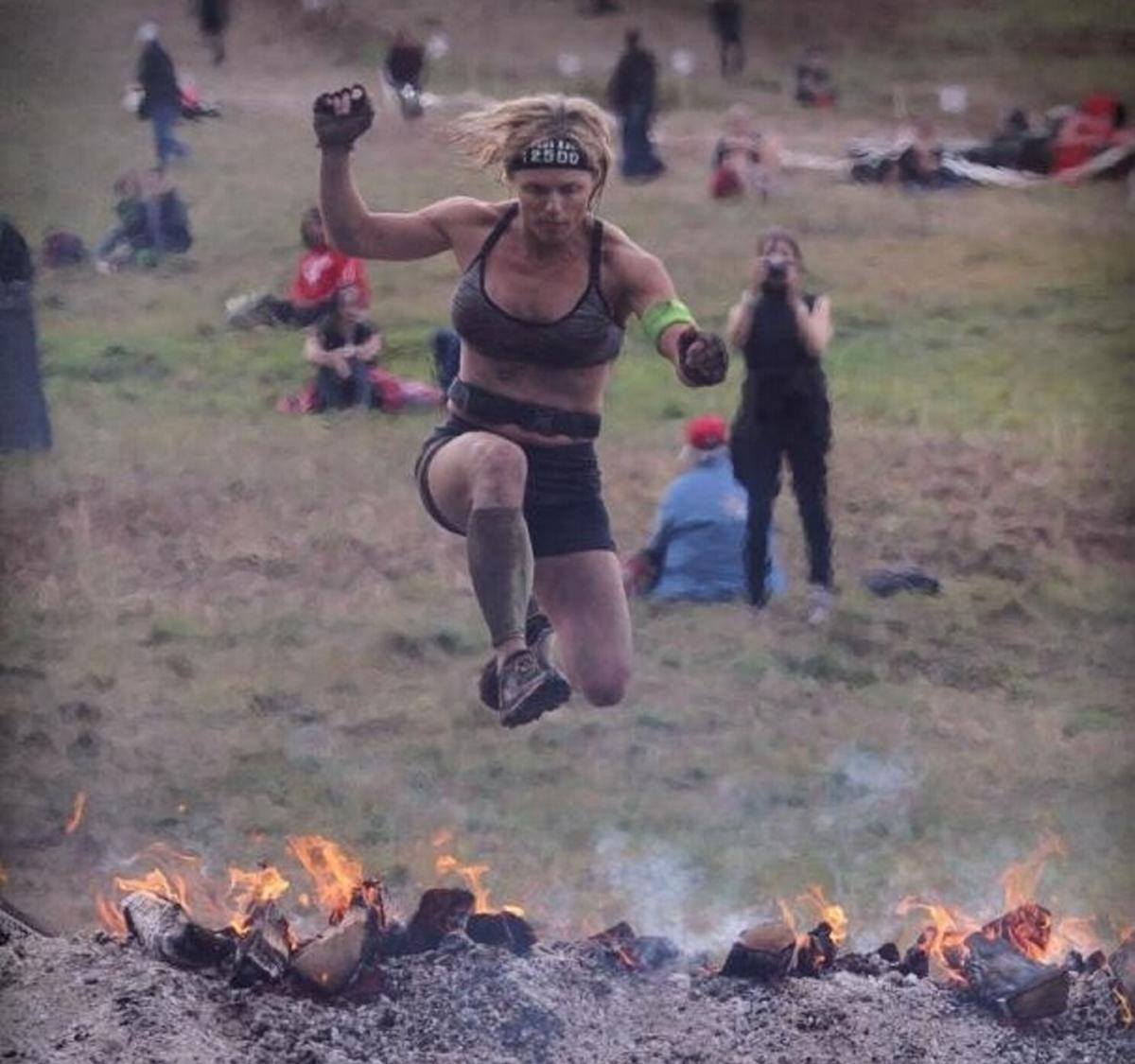 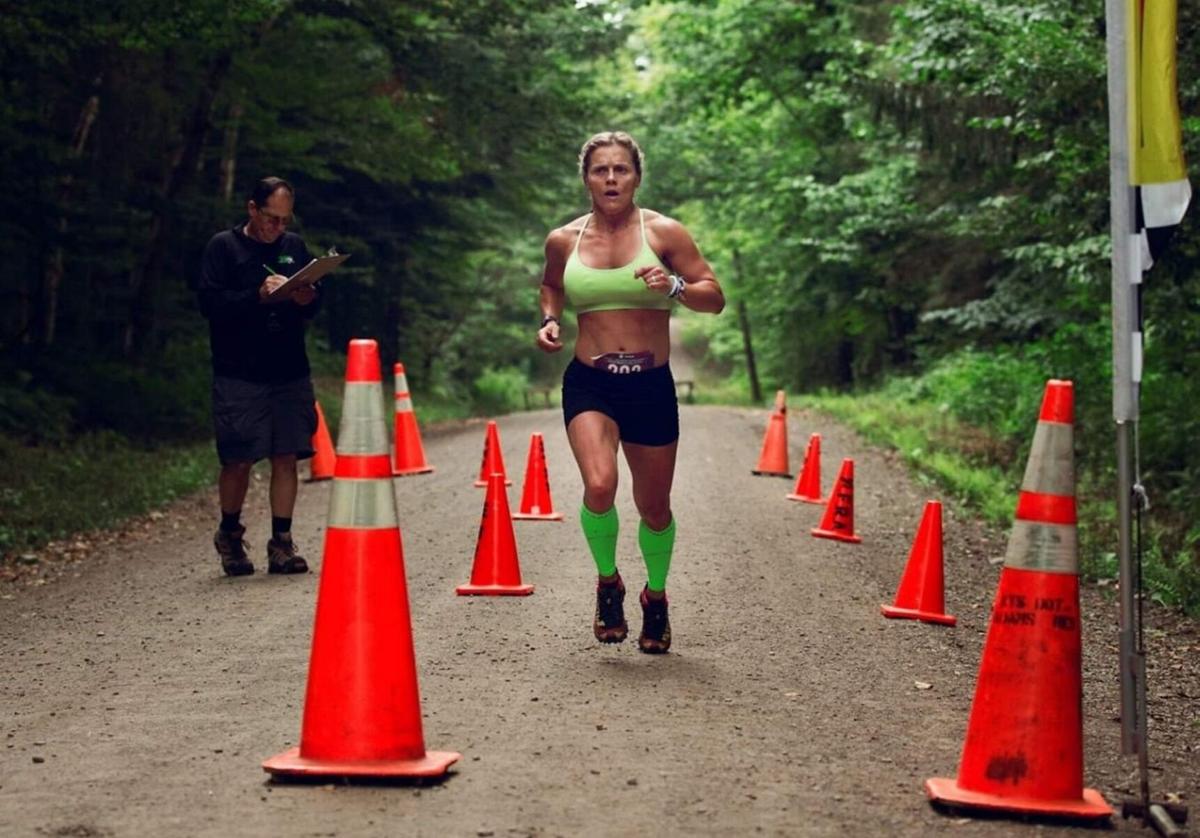 OSWEGO — Rhonda Bullard has provided a strong presence for the Oswego High School athletics community and could soon get the opportunity to expand her impact.

The 49-year-old Oswego athletic director is one of 15 finalists vying for the title of “Ms. Health & Fitness 2021,” which includes a feature spot on the cover of Muscle & Fitness Hers magazine and a $20,000 grand prize.

Votes for Bullard in what is billed as the world’s largest online fitness competition can be placed through her profile page at mshealthandfitness.com/2021/Rhonda-bul until June 24, at which point the field will be reduced to 10 candidates. The online public voting will extend through multiple stages until a winner is announced on Aug. 5.

Bullard ranked second in total votes among her group as of Friday afternoon. Votes can be made for free every 24 hours by logging into Facebook through the link, or purchased with a donation that goes in part to the Wounded Warrior Project.

“I think it’s just a wonderful opportunity and whatever the end result, I’m extremely humbled,” Bullard said. “No matter what, whoever gets it, we are all winners. We all have something that we have been able to share with people that can connect with each and every one of us that are having this opportunity to be on the cover.”

If she is ultimately able to win the competition, Bullard has vowed to invest a portion of her winnings into reinstating community recreation programs in Oswego, potentially exploring the construction of an indoor facility to host them.

Bullard spoke of working with the city of Oswego, community organizations like the YMCA, or possibly starting a non-profit to achieve her goal of providing extracurricular opportunities outside of school accessible to kids in Oswego and surrounding areas like Phoenix, Central Square, Fulton, Mexico, and Hannibal, among others.

The native of Minetto in Oswego County fondly recalled moments from attending the former area recreation program during her childhood.

“It provided me opportunities that I would not have necessarily had,” Bullard said. “I remember not only participating in different athletic events, but getting to go see the play ‘Dracula,’ at Oswego, you just get exposed to these other extracurricular activities that parents might not be able to afford. You embrace the arts, music, athletics, and I think that’s one of the things our community really needs to go back to.”

Bullard is a 1990 Oswego High School graduate and wrapping up her fourth year as athletic director at her alma mater. She previously spent 20 years in public education in Ithaca before her position was eliminated due to budget cuts in 2015.

Bullard entered police academy training at age 42 and worked for two years as a patrol officer for Cornell Police before returning to Oswego to take over her current role guiding the Buccaneers.

“I liked that, but I really wanted to get back into public education,” Bullard said. “I missed kids and some other different things, so that’s when I came back here to my hometown, and I guess it’s like they say, once a Buc always a Buc.”

Along her career path, Bullard gained certification as a personal trainer, weight-loss specialist and nutrition specialist. She participated in swimming, volleyball, soccer, and softball growing up and played the latter sport at Oswego State University and The College at Brockport.

Bullard joined a fitness center upon moving to Ithaca after college to network in unfamiliar surroundings and sparked an avid interest in training, endurance competitions, and races that has yet to waver. She is also still active in community softball leagues each year.

Bullard said that she often changes her training routines and has dabbled in a variety of techniques, always working out independently.

“I just like to change things up a lot because I think you don’t ever want to get complacent with anything, so I’m not part of any real organized group, I just go to the fitness center and I do me,” Bullard said. “It seems to work out well and I’ve had great success with that. I’ve always enjoyed pushing myself to see what my limits are.”

Bullard has competed in a variety of triathlons, marathons, trail runs, mud races, and fat-bike races around the state in recent years while traveling to areas like Hawaii, Vermont, and New Jersey to compete in the obstacle-style Spartan Races. She claimed the Spartan Ultra Beast Women’s Champion title in 2014 in Vermont.

Bullard later placed first in her class and in the Masters Over 40 Division at the 2017 National Physique Committee (NPC) New York Capitol Championships in the only figure competition she has entered.

“I feel that fitness has done a lot for me mentally and physically, socially, emotionally,” Bullard said. “I’ve been able to network with a lot of people and travel.”

Over the past year, Bullard has taken more frequently to trail running and has been the top female finisher in the three most recent races in the Salt City Trail Runs, a series of challenging events varying in structure.

She is a frequent participant in annual charitable and community outings such as the Make it Happen 20K Race Series, the Oswego YMCA Harborfest 5K, and the Run for the Pies, often participating alongside students in the Oswego district.

“I always try to do something community-related and be visible, I think it’s important, especially in my role (as athletic director),” Bullard said.

“I try to be very embracing and want to have people feel comfortable to approach me about fitness, and in my role, it’s great, because I have a lot of student-athletes that I feel like I can be a good role model for,” she added.