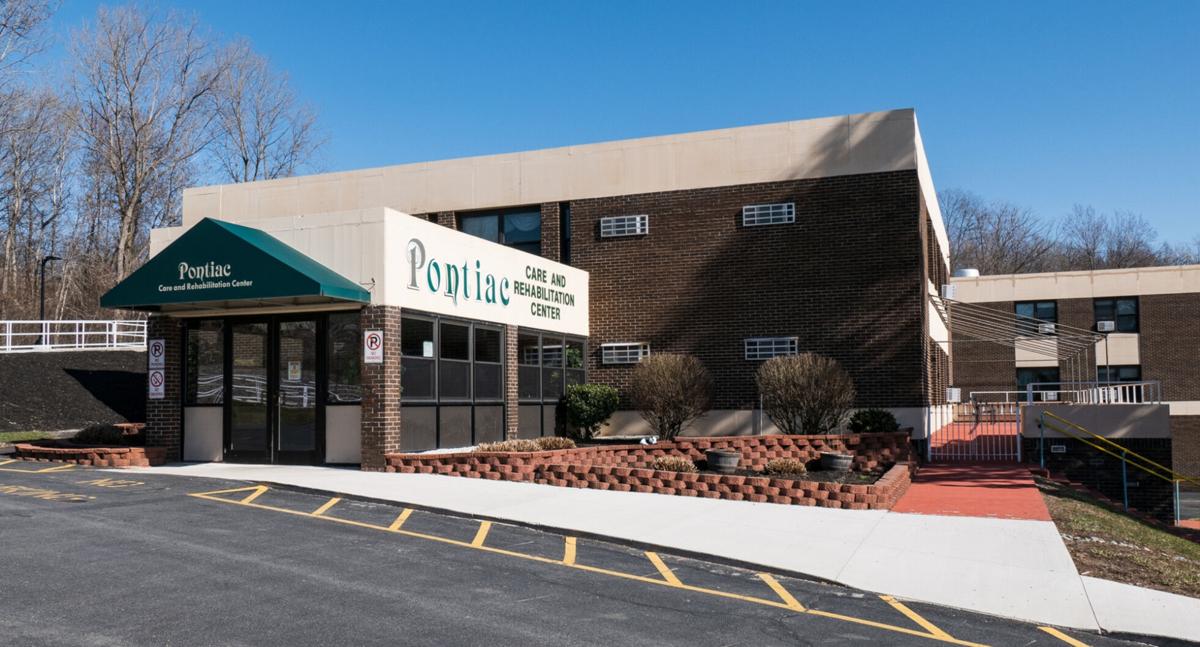 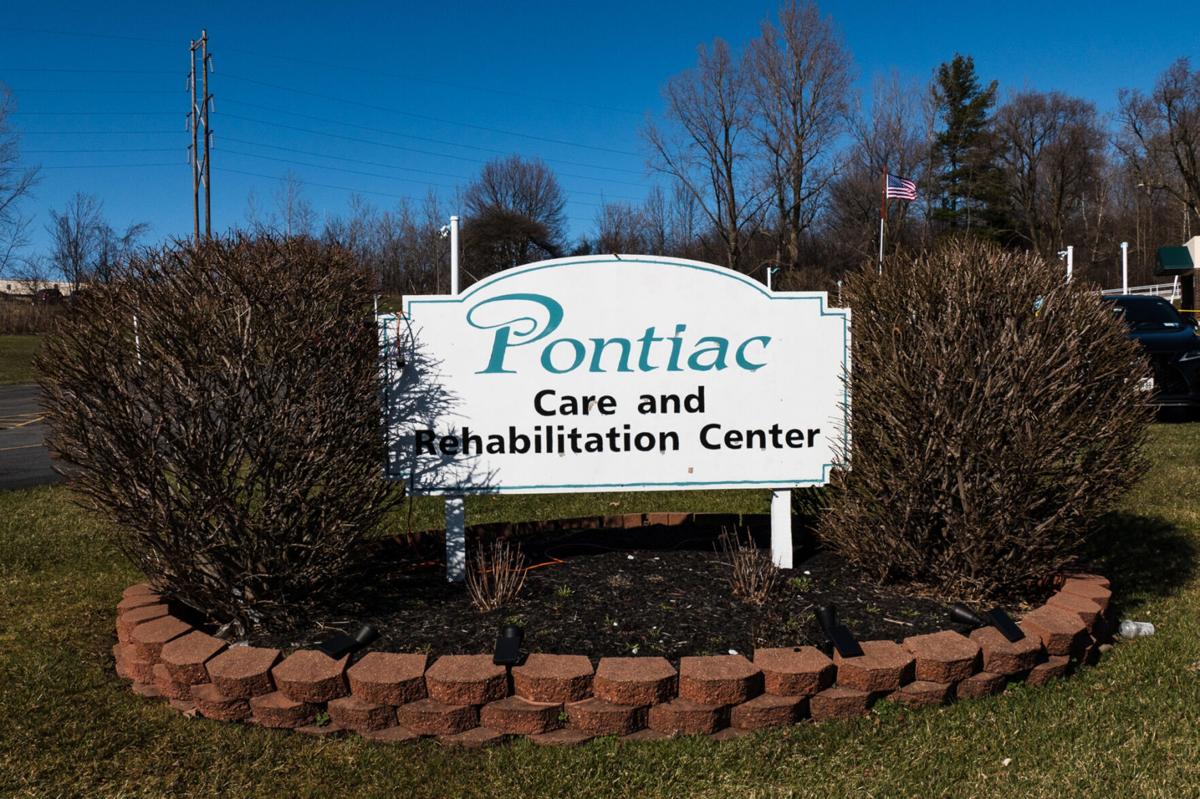 OSWEGO — Mayor William Barlow has called upon the state Department of Health to temporarily revoke Pontiac Nursing Home’s license, has offered to assist with any necessary relocation of Pontiac’s residents to other local, licensed health care providers, and intends to gather testimony and evidence on Pontiac from past and present residents, their families, and employees, which he will forward to the state.

In a March 25 letter to Commissioner Howard Zucker, Barlow formally requested “NYS DOH temporarily revoke the facility’s license until management develops revised plans and demonstrates an ability to properly care for residents. If revocation is not deemed appropriate, at a minimum, I strongly urge NYS DOH to hire a third-party manager to bring accountability and oversight to the facility.”

The letter is the latest escalation in what was a war of words and has now become a war of deeds as Barlow has adamantly refused to back down, especially in light of a March 17 letter from Pontiac’s lawyers, written after publication of Barlow’s comments in a recent Post-Standard interview, demanding he “immediately cease and desist from making any further negative and defamatory comments about Pontiac.”

Barlow quickly took to Facebook with his response, posting on March 23, “The Pontiac Nursing Home sent me a ‘cease and desist’ letter regarding my comments about the facility. Not going to happen! The comments I made are true, supported by investigations & charges. I won’t stop until the seniors suffering in the facility are protected.

“Vulnerable senior citizens have been subject to awful living conditions and poor treatment in the Pontiac Nursing Home for years and it needs to stop. New York State Department of Health needs to step up and take action immediately.”

Attorney for Pontiac, Langston McFadden, of the Rochester legal firm Pullano & Farrow, responded in an email the next day, “My client has no desire to engage in a back-and-forth of words and wishes with Mayor Barlow. We believe the parties’ respective time and efforts are better served working to better the lives of the citizens of Oswego, including the residents of Pontiac Nursing Home…Operating a nursing home, especially during a global pandemic for which the world was not prepared, is extremely demanding. It is disappointing to see that some have chosen, at a time when we should all come together collectively to find solutions to our problems, to hurl insults and accusations at Pontiac even going so far as to suggest the home be closed. Pontiac Nursing Home provides daily care for as many as 80 vulnerable individuals and employs more than 60 individuals in the city of Oswego and the surrounding area. The suggestion that the Home be closed does nothing to better the city of Oswego or to provide necessary care to the residents that are in critical need of such care.”

As Barlow noted in his letter to DOH Commissioner Zucker, “NYS DOH recently added the facility to a ‘special focus facility’ list,” indicating the state’s concern and intention to monitor Pontiac’s performance. Pontiac’s lawyer, McFadden, referenced that in his email response, stating, “The assistance being offered by the Special Focus Facility Program will allow Pontiac Nursing Home to continue its mission of serving the community with the finest medical services.”

In light of Barlow’s refusal to comply with Pullano & Farrow’s demand to cease and desist, McFadden was asked if his firm intended to initiate legal action. On March 26, he responded, “Pontiac has no desire to pursue legal action against Mayor Barlow and is doing everything possible to avoid that course of action. We understand Mayor Barlow is concerned about the residents at the nursing home, as is my client. It is our hope that Mayor Barlow will realize that he and Pontiac actually want the same thing for the residents of the home and the citizens of the city of Oswego. We are hopeful he accepts our willingness and desire to work collectively with his office, as we are with the Special Focus Facilities Program, to achieve the best results possible.”

In a March 29 email update, Barlow wrote, “I will not stop bringing light to the multiple issues at the Pontiac. I fully understand why the Pontiac would not want me to talk about their facility. They have a long, long record of poor care and mistreatment of their residents, offer sub-standard living conditions, regularly engage in poor management practices and have a lengthy list of criminal investigations, resulting in some cases in criminal charges. So, when I mention these issues, and discuss the facts about their well-documented and publicized record, I understand why they may not like that and may wish to silence me. If the Pontiac Nursing Home has any serious interest in improving their terrible reputation, and wish to avoid negative press, they should spend less time worrying about what I say and spend more time and energy providing the residents the quality care they’re entitled to and deserve, treating their employees with respect and improving their facility and the conditions of their living units. Unfortunately, (Pontiac owner) Cosimo Mastropierro and management have proven time and time again they’re incapable of doing any of that. I’ve seen enough and I feel I have a moral obligation to do what I can about it. The folks who end up in the Pontiac are the poor, the elderly, the disabled, the most vulnerable of our community. They have no voice. They have little means. As a community, as a society, we have to help them and be their voice.”

“I’m also going to open a complaint line,” he wrote, “and assign an Oswego Police Department investigator to make available to employees, past and present, residents, past and present, and family members of residents who may have photos, videos, or testimony they’d like to provide regarding the Pontiac. After we take this information, we’ll turn it all over to the state authorities.”

Regardless of how Pullano & Farrow may respond, Oswego City Attorney Kevin Caraccioli is confident Barlow is on firm legal ground and the city is safe from any sort of defamation lawsuit.

“Working under the theory that anybody can sue anybody else for just about anything,” Caraccioli said, “the city could be exposed to a lawsuit, I suppose. However, if they are, I am highly confident that the city will be successfully defended in any liability claim, particularly as it relates to defamation. And on that point, the absolute defense to a defamation action is the truth.”

Although the city has certain powers over Pontiac, it does not have the legal power, or jurisdiction, to arbitrarily close it down, Caraccioli said. That power is relegated to the state. Caraccioli explained that difference in a story about a past problem at Pontiac.

“The city has jurisdiction over the building safety of the building,” he said. “There was an incident a couple years ago where we determined that the building was unsafe, and we were prepared to close it down then. The owner agreed to make significant repairs to the roof so that rainwater would not literally roll down the walls of patients’ rooms, next to their beds. This was what our code enforcement officers discovered when they walked through the facility. It was atrocious. The ownership directed staff to funnel the rainwater through plastic tubes that were drained through the patient’s room and out the air conditioning unit, to the point where there were icicles forming on the outside external air conditioning units.

“So, the city did have jurisdiction over that. And we had to immediately correct the situation, but we did put the state health department on notice that if we close this place down, you need to come in and move patients. And they encouraged the property owner to make the repairs immediately, and he ended up spending over $60,000 to fix the roof and stop those leaks. So, that’s the kind of jurisdiction we have. We don’t have the right to just say based on the record, this facility needs to be closed down. It would have to be a building code violation. The state on the other hand, regulates and licenses these facilities, and they have the authority to come in and suspend a license or revoke that license or close the facility down and direct that the owner perform either an audit or a better care plan for their patients or something of that nature. Or, the state could appoint an independent operator to take over while all of these health violations are corrected. Those are the types of things the city is asking for.”

In his letter to NYS DOH Commissioner Zucker, Barlow noted, “The facility houses our community’s most vulnerable citizens including senior citizens, individuals with disabilities and people with no other housing options. These individuals and their families rely solely on government agencies and authorities to protect them and ensure they receive the care and quality of life they deserve.

“In closing,” the mayor wrote, “I sincerely hope NYS DOH considers action that brings change and hope to the residents in the Pontiac Care & Rehabilitation Center, including the employees caught in this untenable situation. This facility has long been considered a stain on our community, with a notorious reputation for inflicting pain and suffering on residents, family members and employees. As Mayor of Oswego, I plead with NYS DOH to step in, sooner than later, to help the most vulnerable in our community who cannot help themselves. These residents are relying on government, at every level, to do its job to ensure they are protected and treated fairly and humanely. Currently, that is not happening.”