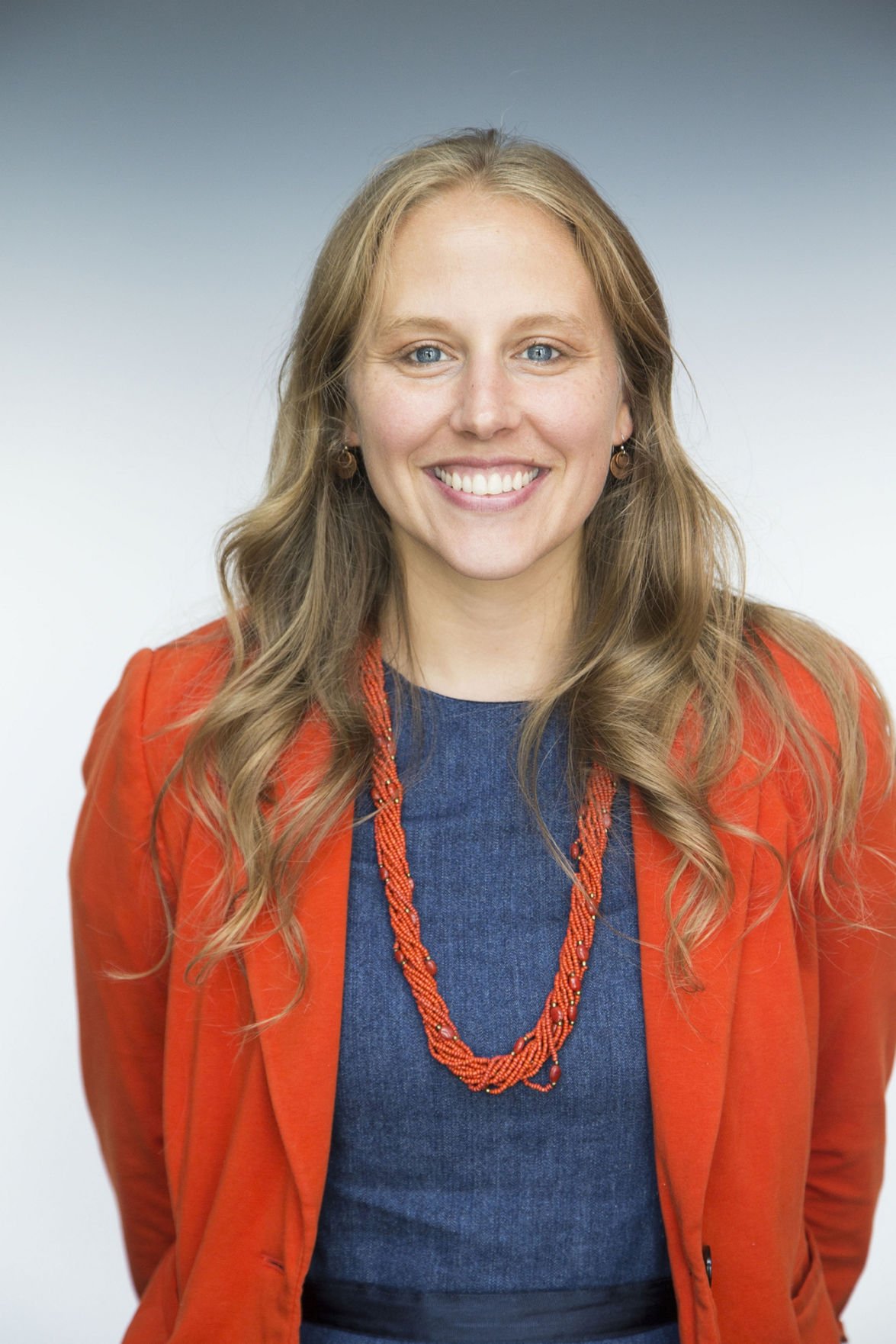 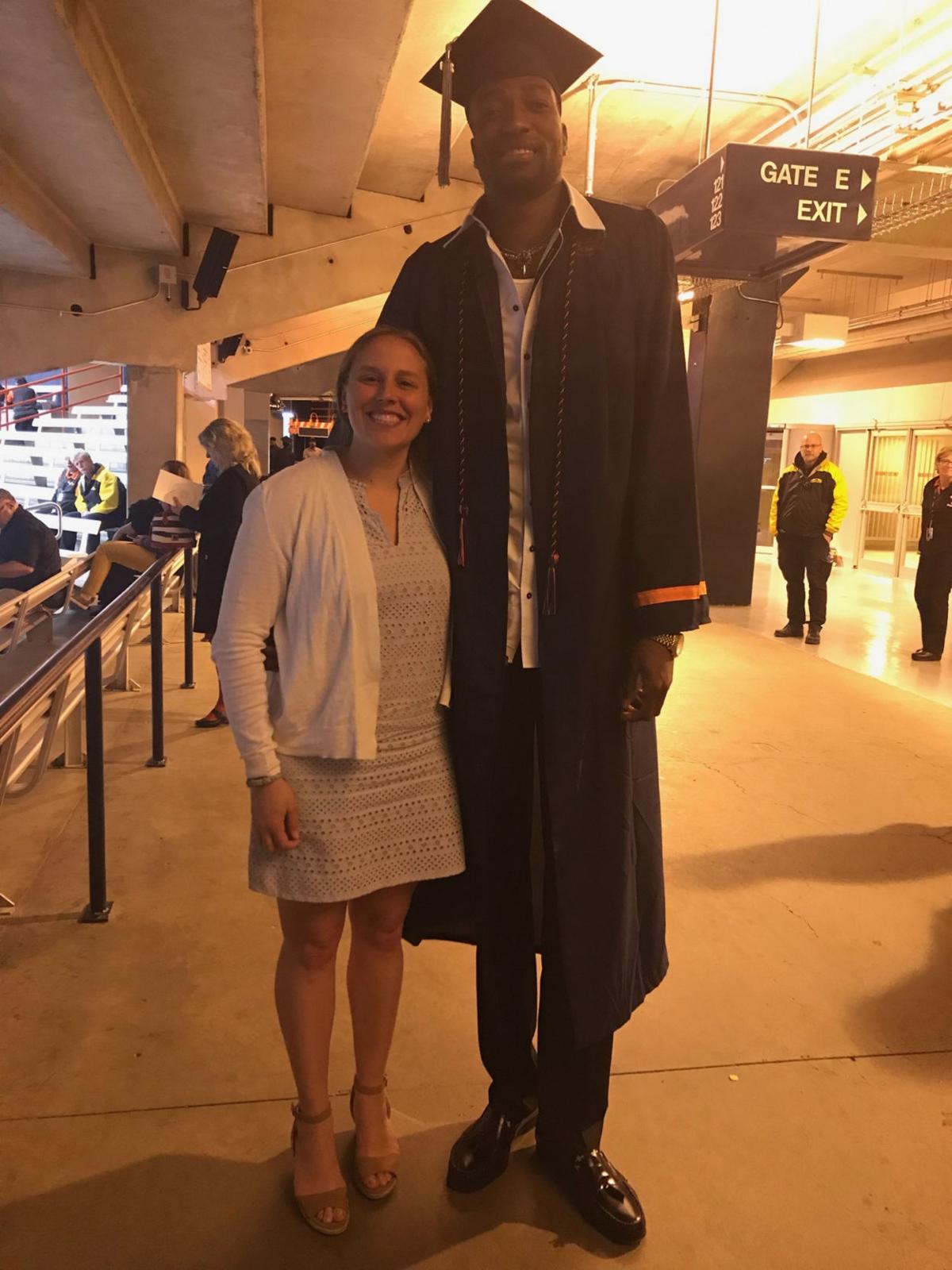 SYRACUSE — Katie Scanlon sat back and smiled as she watched Paschal Chukwu walk across the stage last year at Syracuse University’s graduation ceremony, knowing the role she and her department played in helping the former 7-foot-2 Orange center blossom into the tallest graduate, not just the largest basketball player, in school history.

Scanlon works as the Director of Academics for Student-Athlete Development for the SU men’s basketball, volleyball, and field hockey teams.

The Oswego native and former Buccaneers swim standout helps student-athletes in her assigned sports navigate their coursework and structure their hectic daily schedules, operates as a complement to on-campus advisors to discuss career paths and other school-related issues, and monitors NCAA eligibility for each team.

Scanlon, who graduated from Canisius in 2006 and has held similar posts at Dayton and New Mexico, was promoted to her current position in fall 2017 after being hired by SU as an academic coordinator in 2011.

“It’s really rewarding to see them go from new freshmen that are wide-eyed and I don’t know if anyone would admit it, but maybe a little scared of what’s to come, and then to see them grow into professional players and folks that walk across that stage (at graduation),” Scanlon said. “It’s really fun to see people get to that point, especially people who at first weren’t totally confident in themselves that they could get there, to see them realize that they’re capable and worthy of that is a really cool thing.”

Scanlon travels with the SU men’s basketball team for most away games, and the volleyball and field hockey teams for large events. She meets with players at allotted times during road trips, often between breakfast and shoot-around, and schedules meetings with athletes in her office throughout the day while on campus for study halls.

She is also seated on the bench for every home game, providing support while witnessing the on-court triumphs and challenges of her pupils first-hand.

Scanlon said that experiencing each aspect of being a student-athlete at SU, including returning from long road trips in late hours and scraping ice off the car just to get home for a few hours of sleep before the next morning’s classes, helps her better relate to players and understand their many responsibilities.

“I like to see them as whole people, they’re not just athletes and they’re not just students, so it’s nice for me to be able to see them in their element on the court doing the thing that they love the most,” Scanlon said. “Not that they don’t love school, but they all definitely love basketball, so it’s nice to see them shining in those moments, and it’s helpful to be able to acknowledge that if they had a rough game and they come in the next day, it helps me be able to process that with them and not just act like nothing happened the night before.”

Several prominent SU basketball players have credited Scanlon’s assistance in recent years. Tyus Battle and Marek Dolezaj each singled out Scanlon for helping them achieve All-Atlantic Coast Conference Academic honors last year, and Battle included a ‘thank you,’ to Scanlon in his exit letter to SU fans declaring his intentions to enter the 2019 NBA Draft.

Former SU forward Oshae Brissett told The Daily Orange of Scanlon during a recent season: “Katie is really on us night in and night out so we’re not falling behind (on schoolwork). Guys might not like it all the time, but she’s on us.”

Scanlon’s role became increasingly critical and challenging when the college landscape was abruptly flipped in mid-March due to COVID-19 and SU was one of the many campuses nationwide to quickly alter all courses for online learning.

Scanlon and her colleagues worked diligently to arrange a new schedule to meet with athletes who were returning home and now scattered around the country and in some cases, overseas, via zoom video conferences. She believes all involved experienced a smooth transition, particularly after the first week, but there was still a shock factor to process with athletes whose daily routines were significantly impacted away from on-campus training facilities.

“I think one of the biggest things that probably hit our student-athletes, especially the ones who were in-season, is that abrupt change to their identity,” Scanlon said. “That sport part of who they are, that athlete part of who they are was kind of ripped away pretty quickly, and without a lot of solid ground on when that would come back, and we still don’t really have that.”

Scanlon was with the SU men’s basketball team for the Atlantic Coast Conference Tournament in Greensboro, N.C., when it was instantly halted along with sports leagues worldwide at the onset of the COVID-19 pandemic in mid-March. She quickly adjusted study plans the morning of the announcement and helped keep players focused on their tasks despite the unsettled circumstances.

“We just operated based on the information we were given, and at that time we were told to expect to play the game the next day without fans, so we planned our normal study hall routine, and when our travel plans changed we tried to adjust to get some things done a little earlier,” Scanlon said. “At that point, a lot of academic stuff hadn’t changed. Due dates were still happening, it was mid-term week on campus, and so we still had to try to navigate that, just at different times.”

Scanlon — the daughter of Jay and Kathy Scanlon — graduated from Oswego High School in 2002 and was born and raised in the area with her sisters, Carolyn and Seana. Katie Scanlon swam for the Buccaneers in high school and participated in the Oswego YMCA synchronized swim team.

She then joined the synchronized swim team at Canisius — the program that has since folded was recognized as an NCAA Division I sport during her tenure — where she obtained her bachelor’s degree in physical education before moving on to Dayton to gain her master’s degree in higher education administration.

“That kind of helped me get started in all this,” Scanlon said. “I understood what it was like to be a Division I athlete, a little bit of a different level than Syracuse basketball, but I had the basic understanding of what they go through and how strongly they identify as athletes and what that means to their experience.”