Architectural drawing of the future East Lake Commons on the former Midtown Plaza site on the corner of East 1st and Cayuga Streets. Illustration provided by Architecteam. 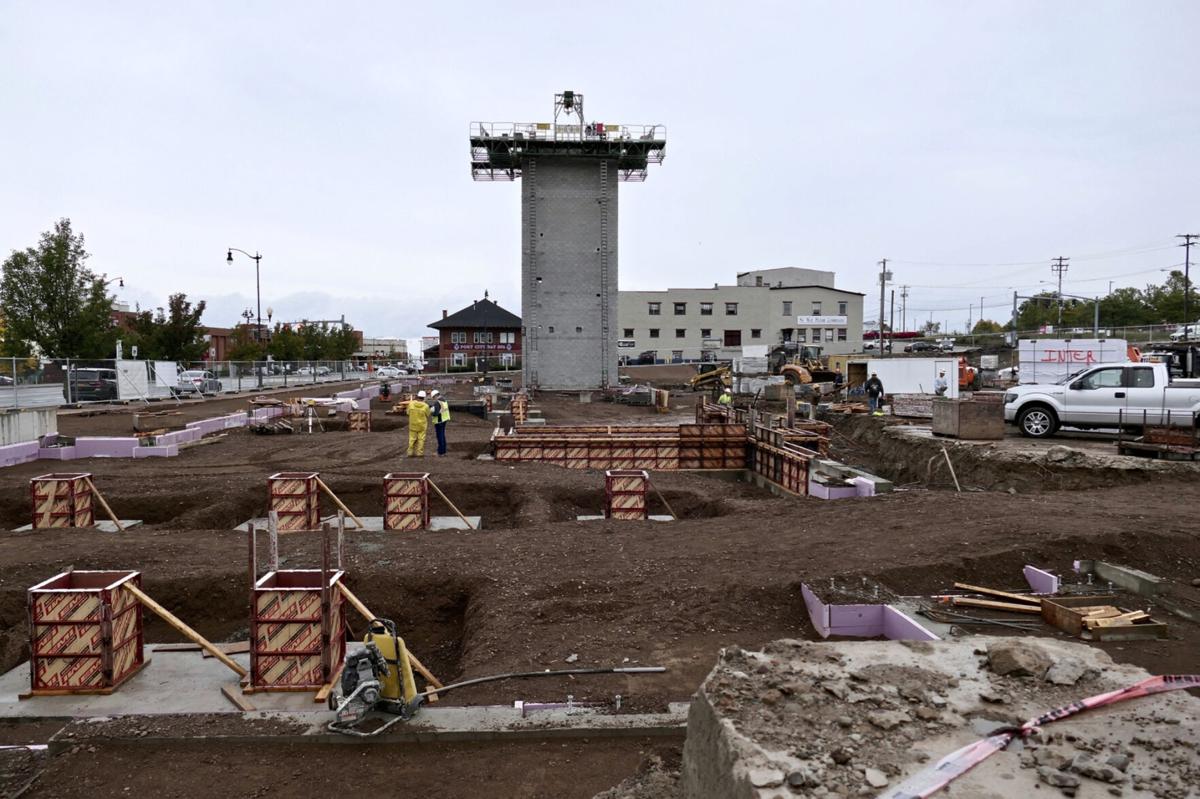 Architectural drawing of the future East Lake Commons on the former Midtown Plaza site on the corner of East 1st and Cayuga Streets. Illustration provided by Architecteam.

OSWEGO – The development of the former Midtown Plaza site will require environmental remediation at a cost to the developer of approximately $307,000 before any new construction begins, according to the New York State Department of Environmental Conservation.

Property owner Home Leasing LLC, of Rochester, will be able to convert their remediation expense into state property tax credits under the state Brownfield Cleanup Program, a program meant to encourage private-sector cleanups of contaminated sites and to promote their redevelopment as a means to revitalize economically-blighted communities.

The DEC expects the remediation will be completed by fall of 2021.

In 2013, a so-called “Phase II environmental assessment” was performed for the city of Oswego to preliminarily determine the degree of contamination on the site and its potential for redevelopment. That assessment was funded by a New York State Department of State Brownfield Opportunity Area (BOA) Program grant. The results of that assessment, which involved sampling the soil in eight sections of the site, turned up no serious contamination. However, that was to change.

Sutton Real Estate, of Syracuse, applied to be considered in Oswego’s Downtown Redevelopment Initiative (DRI) proposal and won. Its project was to be the redevelopment of Midtown Plaza into mixed-use commercial and residential housing.

In February 2018, Sutton Real Estate conducted a “Phase I environmental assessment” to collect a history and visual observation of the site prior to submitting its application to the Brownfield Cleanup Program. A subsequent Phase II assessment was conducted in May 2018 that included 21 borings to collect groundwater and soil data required for entry into the BCP and also geotechnical data for construction design purposes.

Louis Fournier, of Sutton Real Estate, said the sale to Home Leasing “was just an internal business decision” and had nothing to do with reports of contamination at the Midtown Plaza site. They’ve dealt with such problems at other projects and “aren’t scared of that,” Fournier said. “I think Home Leasing will be very successful. I’m hoping they are.”

Although Sutton Real Estate paid for the environmental assessments of 2018, Home Leasing reimbursed them for those as part of the sale.

Among the contamination cited in the 2018 reports, “polycyclic aromatic hydrocarbons (PAHs), lead and mercury were found in subsurface soils at concentrations above restricted residential soil cleanup objectives. The PAHs and metals are present at depths up to 8.5 feet below grade and are likely the result of past site uses and historic fill, which is present throughout the site. Volatile organic compounds (VOCs) were detected in groundwater above groundwater standards and guidance values and is potentially attributed to an off-site location. Further investigation will be conducted related to the off-site location.”

However, no specific blame for the site’s present contamination could be laid to any of the site’s former tenants.

According to the DEC, “People who enter the site may contact contaminants in the soil by walking on it, digging or otherwise disturbing the soil. Contaminated groundwater at the site is not used for drinking or other purposes and the site is served by a public water supply that obtains water from a different source not affected by this contamination. Volatile organic compounds in the subsurface may move into soil vapor (air spaces within the soil), which in turn may move into buildings and affect the indoor air quality. This process, which is similar to the movement of radon gas from the subsurface into the indoor air of buildings is referred to as soil vapor intrusion. Environmental sampling indicates that the potential exists for the inhalation of site contaminants due to soil vapor intrusion offsite and for future onsite buildings.”

None of this seems to come as a surprise to the city. Mayor William Barlow said, “We took this into account in the beginning. The preliminary study indicated the site was a brownfield and we figured there’d be more to it once more investigation was done, and sure enough, there was. We took this into account during the entire DRI process, both developers involved knew this and we don’t expect it to change anything, including construction schedule, with the project.”

Asked whether the sale of the site from the winner of the DRI selection to another developer was allowed under DRI rules, Barlow said, “Yes, the sale is allowed. The DRI funding goes with the project, not the property owner.”

The completed project will be known as East Lake Commons. According to Architecteam, of Syracuse, “the project will consist of the demolition of an existing 60,000 square foot commercial steel frame building and re-creation of surface parking for 87 cars. The centerpiece of the development will be the construction of a new multi-storied mixed-use structure. The completed five-story building will contain a variety of one- and two-bedroom apartments on all floors. The building plan provides for the creation of select balconies with expansive views out over the city harbor and Lake Ontario.

“The first floor at street level will provide small mercantile space and additional apartments with walk-up porches. The completed building will contain 70 apartments and approximately 3,500 square feet of commercial space. The project will be financed through the New York State Housing Finance Agency.”