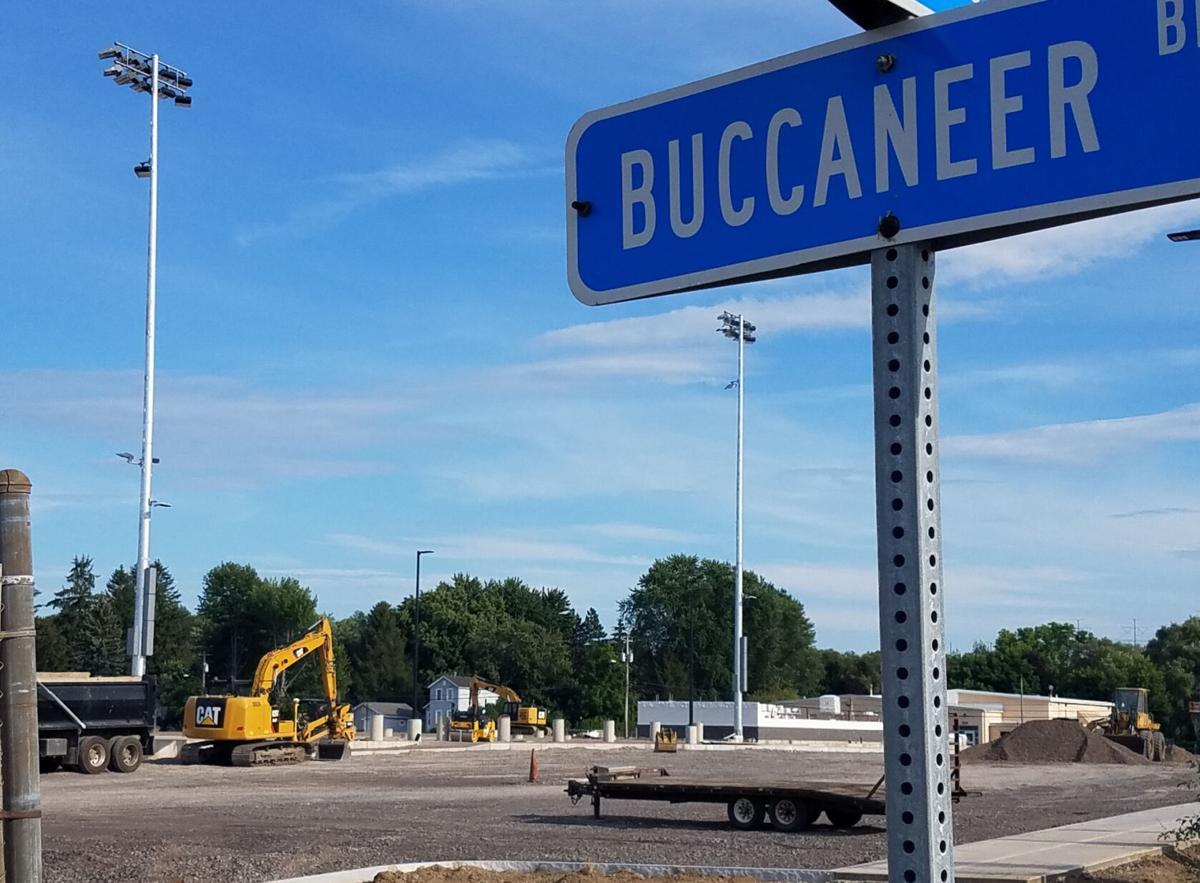 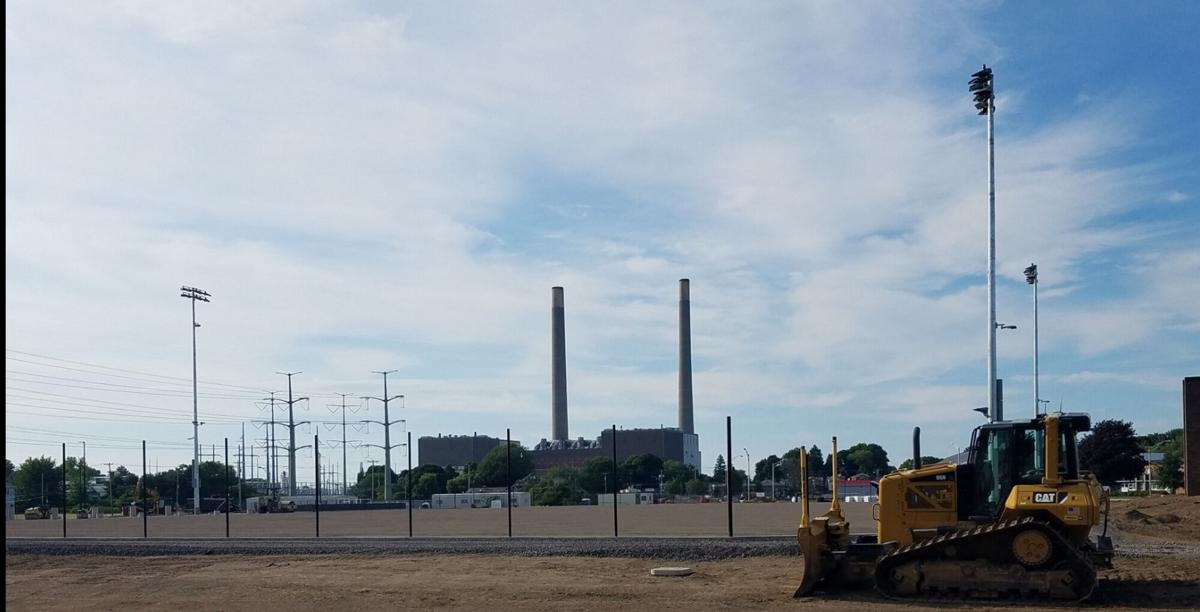 Site of stadium construction work in front of what will be the new turf field at Oswego High School, part of the district’s $63 million capital project approved December 2018. Josh St. Croix photo. 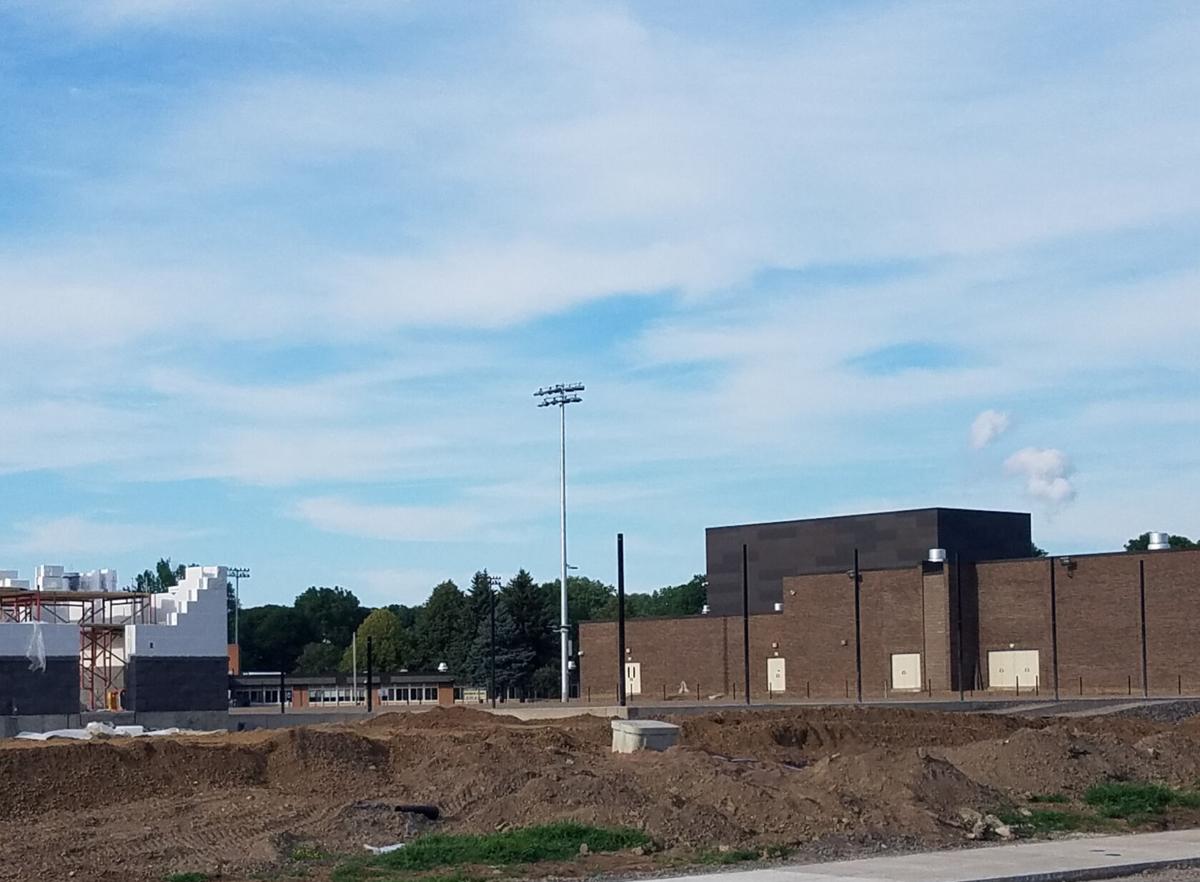 Site of stadium construction work at what will be the new turf field at Oswego High School, part of the district’s $63 million capital project approved December 2018. Josh St. Croix photo. 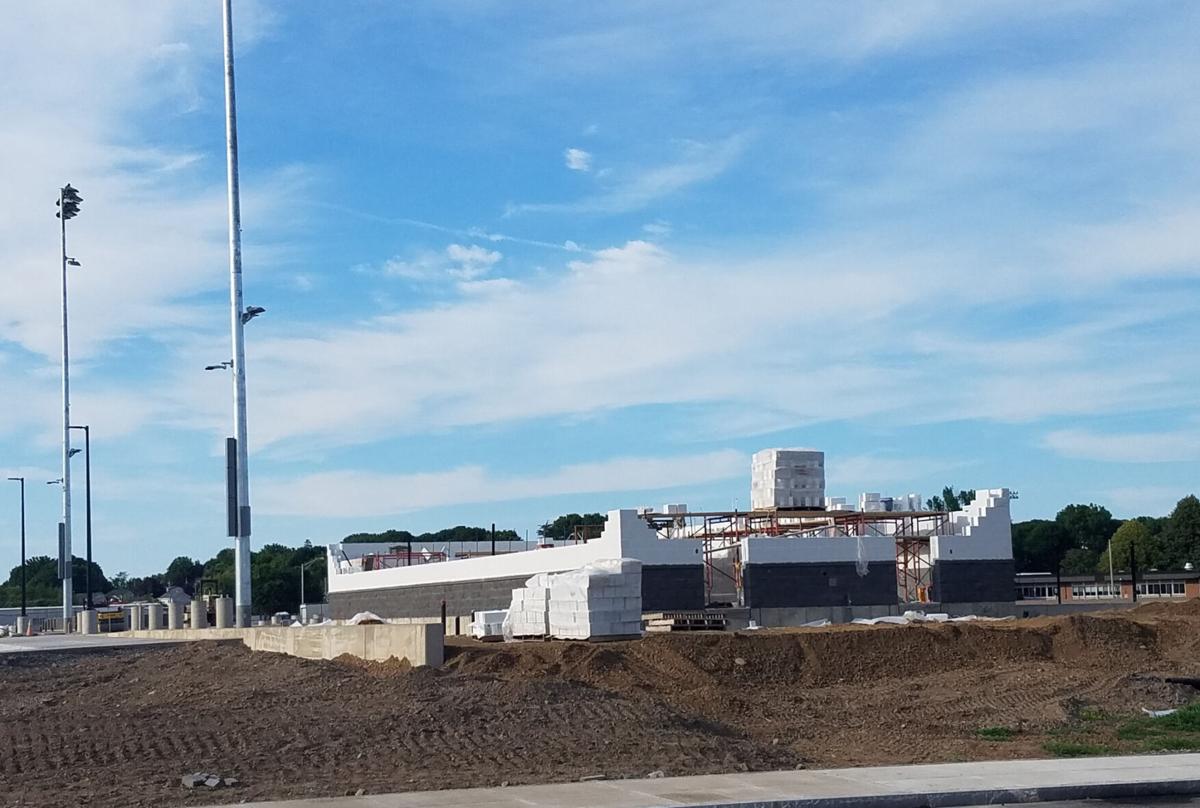 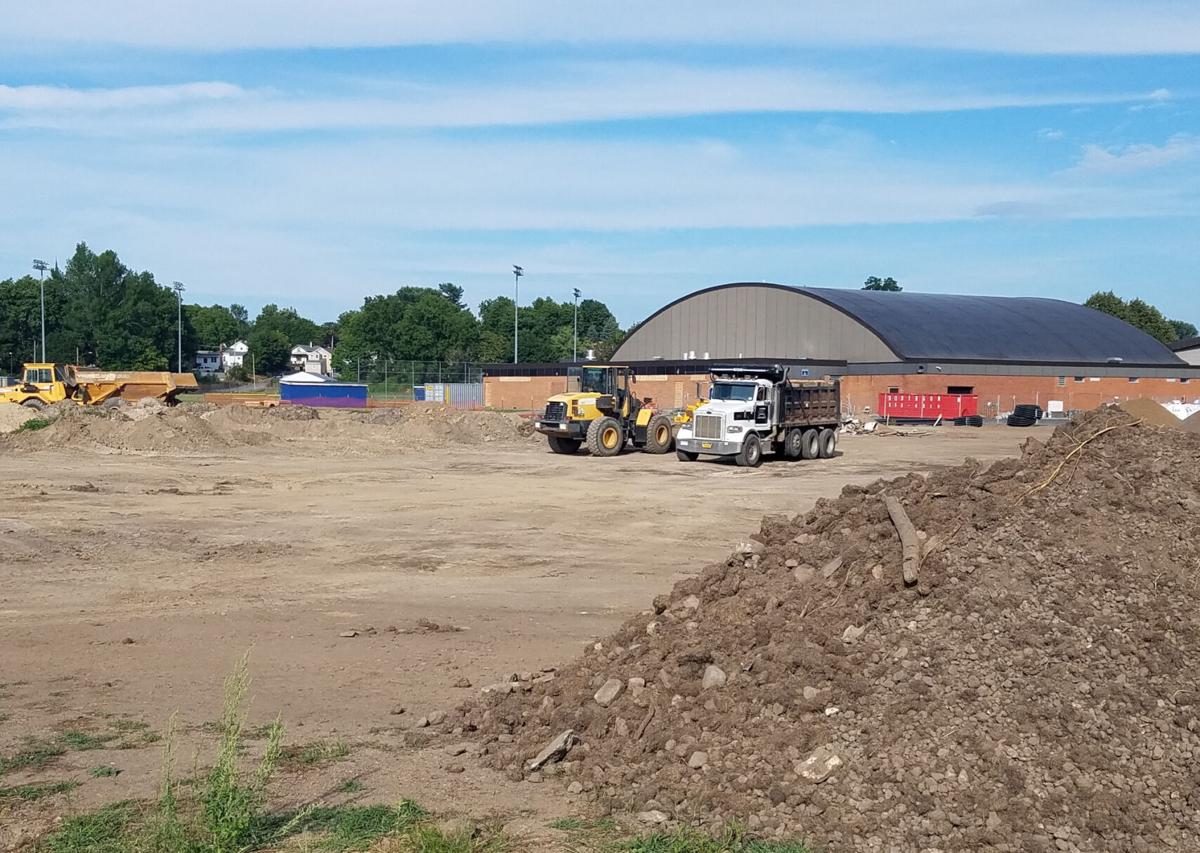 Site of stadium construction work in front of what will be the new turf field at Oswego High School, part of the district’s $63 million capital project approved December 2018. Josh St. Croix photo.

Site of stadium construction work at what will be the new turf field at Oswego High School, part of the district’s $63 million capital project approved December 2018. Josh St. Croix photo.

OSWEGO — Oswego High School has almost completed building its field of dreams and hopes that the student-athletes can soon come.

Construction on the new athletic stadium that will contain a state-of-the-art turf field started to move rapidly, along with the many other facets of the $63 million district capital project, soon after school buildings were vacated in mid-March at the onset of the COVID-19 pandemic.

The excitement surrounding the renovations has swelled in the Buccaneers community in recent weeks as the new stadium that was approved in December 2018 starts to take shape. The interior aspects of the project are scheduled to be completed by opening day in September and entering this week, the stadium work was beating the pace of its initial early October targeted finish.

Athletes and team supporters in the community are now holding out hope that high school sports can safely return this fall to usher in the long-awaited new surroundings in style.

“It’s exciting to see it all happen but it’s been bittersweet in some respects because there’s been so much anticipation, you want it to really have its grand opening,” said Tom Ciappa, a member of the district’s Board of Education and facilities committee. “It would be so nice to be able to put the marching band on there and utilize it and have that energy right now that we know it will generate in the future.”

When all phases have been completed, the stadium upgrades will consist of the new multipurpose turf field, track and field complex, turf baseball and softball fields, resurfaced and realigned tennis courts, and accompanying grass practice fields. The complex will contain locker rooms on the field for home and away teams along with referees, concession stands with full restrooms, additional hillside parking, new lights, scoreboard, and two sets of bleachers.

The main field was built on an elevated surface with a drainage system installed underneath to mitigate the potential for flooding that had occasionally plagued the previous playing surface.

“Everyone is elated about the much-needed upgrades to our fields and buildings,” Oswego High School athletic director, Rhonda Bullard, stated in a recent email. “The multipurpose turf field and stadium alone will be utilized to support physical education instruction, performing arts, and athletics. It will be nice to be on an equal ‘playing field’ with the other districts in our league.”

The hope among the school athletics supporters is for a rejuvenated sense of enthusiasm and pride, and increased participation in Buccaneers teams as one of the many multifaceted benefits for the district.

Various work is being completed within district buildings — replacing pipes, installing new carbon monoxide detectors, and other long-needed upgrades of the like. The athletics stadium should also stand to greatly benefit physical education classes and other district programs such as marching band.

The improved visibility and functionality of the Oswego High School athletics facility figures to increase its viability as a revenue generator for the district, serving as a more appealing host site for potential Section 3 and NYSPHSAA playoff events.

“As an alumni of the district and current administrator, I am pleased that the project will make a positive impact on students, faculty and staff, and the community, as I know that the athletic piece of the project is minimal compared to the much needed upgrades and work on the school buildings,” Bullard said.

The stadium construction phase began in May and has proceeded uninterrupted by state mandates regarding COVID-19. Lights and other aspects were installed in recent weeks and the turf was scheduled to be delivered during the past week for imminent installation.

The absence of students and teachers in district buildings likely expedited the process, according to Ciappa, as the crews were able to work freely without adjusting around the expected school traffic.

“That’s the double-edged sword of COVID, they were able to jump on this earlier without making the modifications they would have needed to accommodate school still being in session,” said Ciappa, who meets with the facilities committee every Monday and walks around the work site at least once per week to track progress.

“When they did go to work, school had been out, and therefore they didn’t have to re-route traffic, work with the buses and the school to figure out when and how they could get in, and so it opened up the process to move along fairly quickly.”

The key figures involved in the current project applauded the long-standing efforts of former district Board of Education member, Sam Tripp, who campaigned for many of the upgrades throughout much of his tenure on the board that recently concluded.

The formal push toward securing the soon-to-be installed turf field among other renovations at Oswego High School initially started roughly 15 years ago and was voted down twice before gaining approval in December 2018, due largely to a significant boost in state funding for the project.