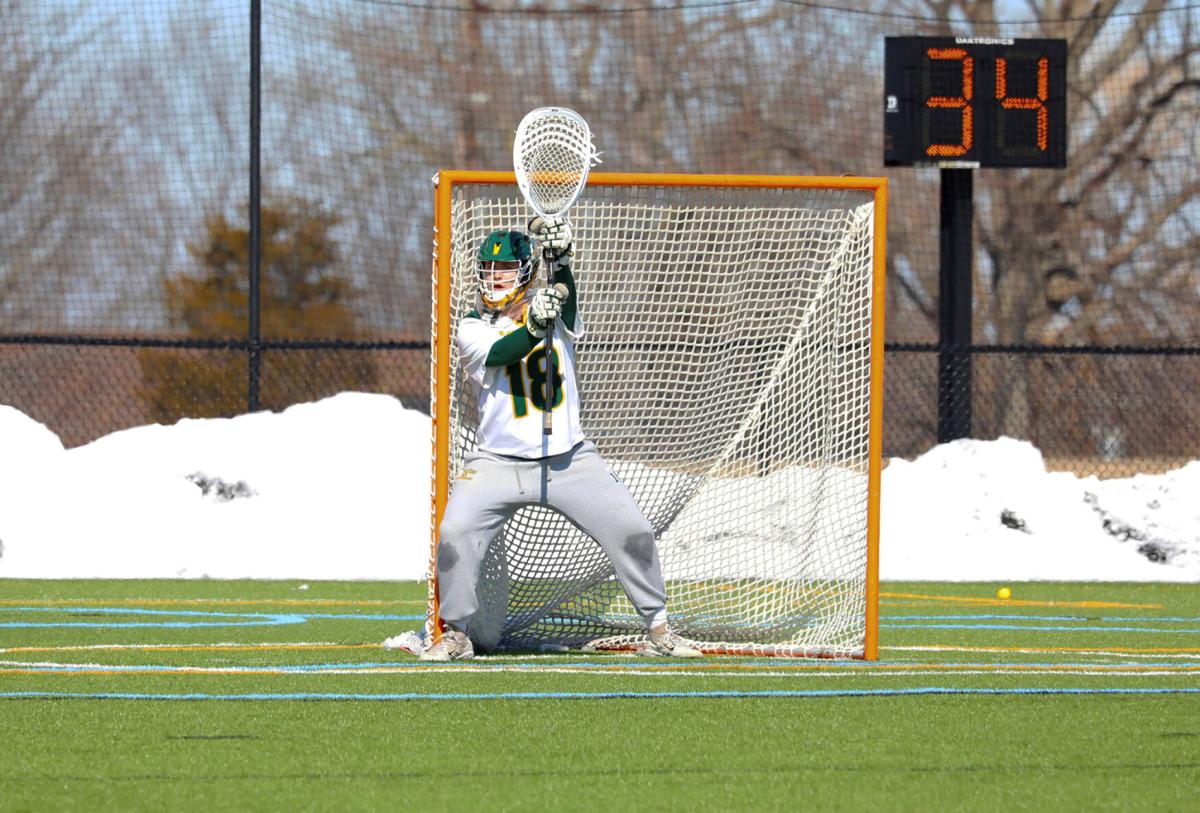 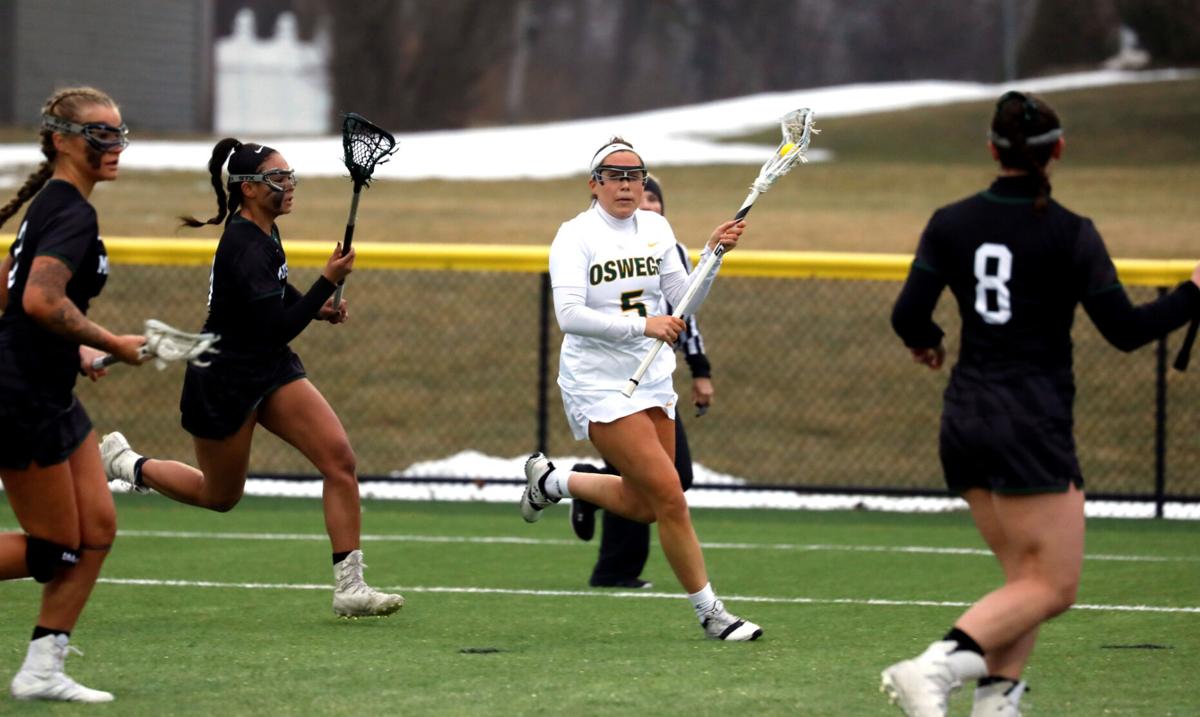 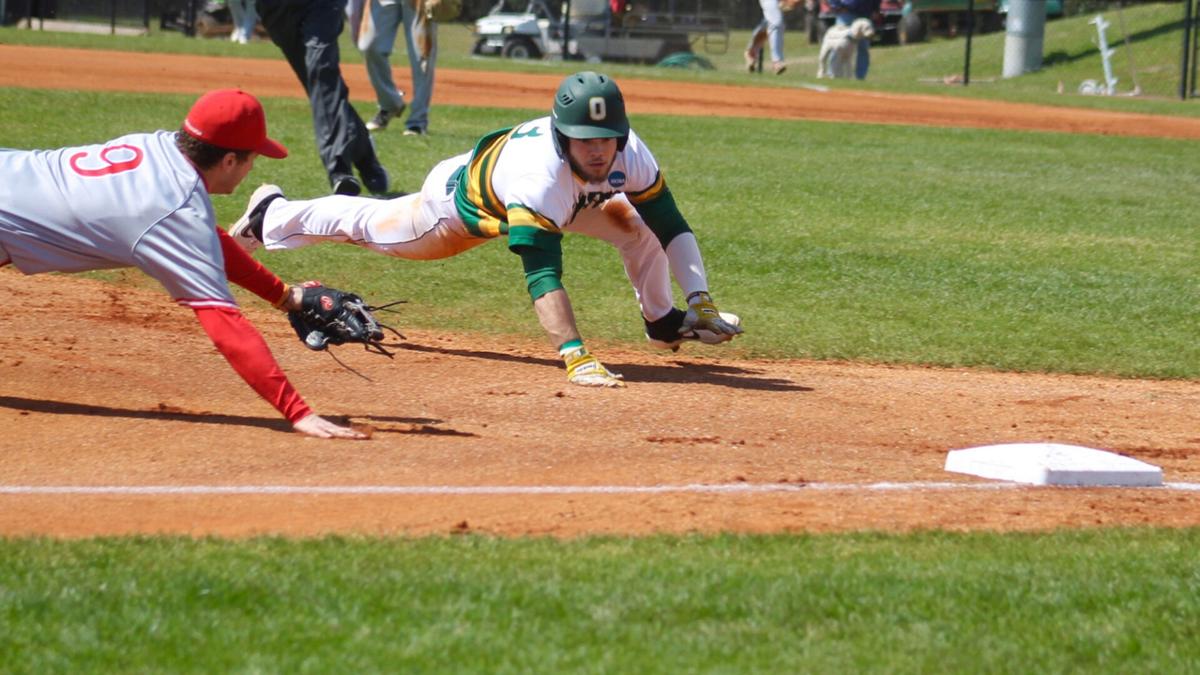 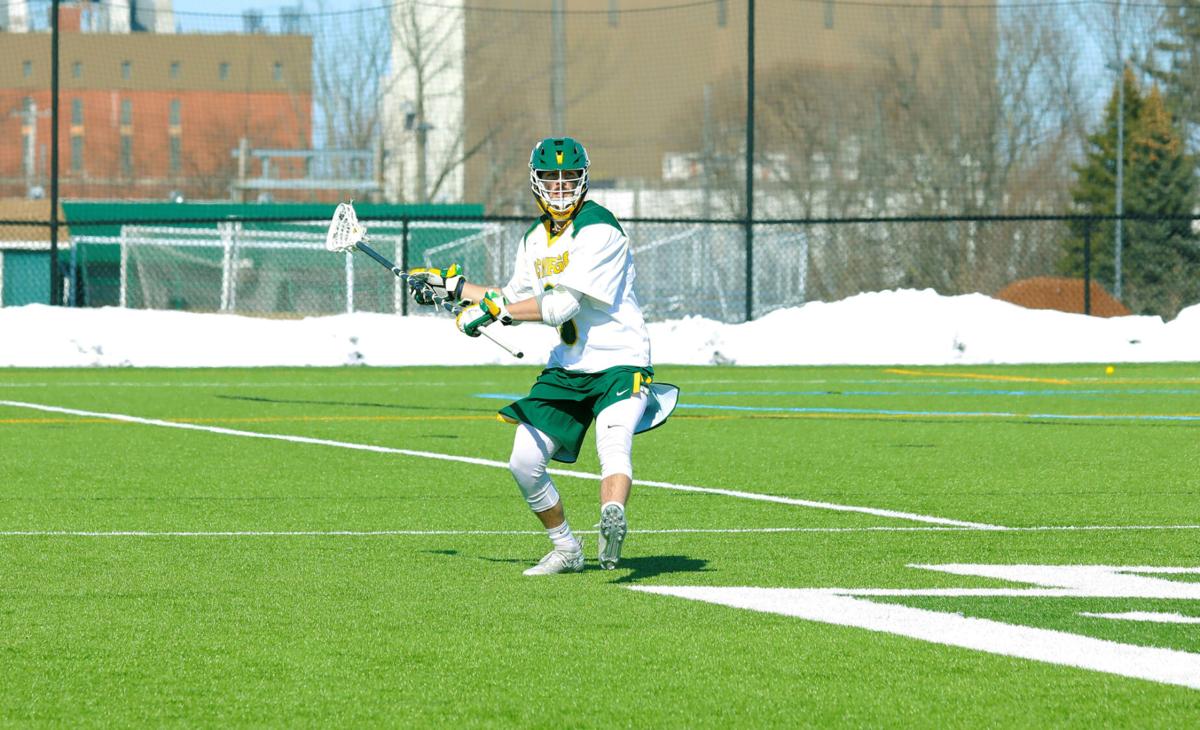 OSWEGO — Kevin O’Donnell described the feeling as “overjoy second to none,” as the Oswego State men’s lacrosse senior co-captain stood next to the administrators announcing the approval of spring sports for the upcoming season.

Oswego State University president, Deborah Stanley, was joined by SUNYAC chancellor, James Malatras, on Feb. 23 at Romney Field House to make the formal announcement for all SUNYAC teams. The reveal came as a welcomed surprise to Lakers athletes and coaches, even those in attendance.

Practices started the next day for some teams in the newly authorized spring sports — baseball, softball, men’s lacrosse, women’s lacrosse, along with men’s and women’s track and field — with games scheduled for as early as March 26.

Spring sports were called off in the early stages last year at the onset of the COVID-19 pandemic and the league did not conduct fall or winter sports.

“When I found out, it was just like things are finally coming together,” said the other Lakers men’s lacrosse senior co-captain, Bryce Saba. “We’ve been walking on eggshells, there was talk about starting but it’s been a day-to-day thing, you never know how the pandemic is going to hit, so when it actually happened, it was a big sigh of relief and excitement to get going.”

Teams will be split into East and West divisions and play only divisional foes until a reduced postseason tournament to limit travel and risk of spreading the virus. Team personnel will be tested weekly for COVID-19 and athletes will be tested within three days of departing for a road game.

Decisions had not yet been made about nonconference games for Oswego State teams entering the week. The men’s golf team will compete in the Empire 8 championship later this spring, according to new interim athletic director, Dan Kane. Oswego is also exploring options for the men’s tennis team, which competes independently.

According to a release from the SUNYAC, Malatras sent a letter to league institutions on Jan. 20 to develop a plan for a potential return of spring sports, and then convened with more than 50 stakeholders that consisted of campus presidents, athletic directors, coaches, and health experts.

“It was exciting to see all of us really put our competitive side away and put the kids first, to make sure that we presented the best possible plan for our guys to have the opportunity to get back on the field, and especially for our seniors to hopefully end on a good note,” Bezek said.

Enthusiasm was evident to coaches and players on campus over the past week. Most teams opened with small-group pod practices in the initial days after gaining approval and progressed to full squad work earlier this week.

“I think having that first practice, we realized what it’s like to bring that team bond back together and to get back on the field,” O’Donnell said. “You don’t realize how much you miss the team camaraderie when the team’s not there.”

Both Oswego lacrosse teams played four games before their respective seasons were called off at the onset of the coronavirus pandemic last March. Baseball was off to a 6-3 start, track and field conducted one meet, and softball was unable to throw its first pitch. Restrictions in place since have prevented any spring teams from gathering to work out on campus together, while most incoming freshmen lost their entire high school campaign last spring.

Coaches have been treading lightly early to ease players back in, taking advantage of the four-week period before games begin.

“Trying to make sure they’re enjoying practice, working hard during practice, and that they’re getting the reps in,” said Oswego women’s lacrosse coach, Brittany Howard. “The biggest thing for the returners is getting them back in game shape and making sure they’re showing the new girls how the program works, and for the new players, it’s getting caught up to the game of lacrosse. It’s really getting them all back in the mind frame of lacrosse and enjoying the game.”

The SUNYAC plan states that rising COVID positivity rates could cause a delay or pause in competition and is in accordance with state and local heath officials, the NCAA and the CDC.

Masks are required during team activities and games, except for athletes during competition or active practice.

Despite the restrictions present in the abbreviated campaign, Oswego coaches and athletes expressed a newfound optimism as they took to practice fields together for the first time in nearly a year this past week.

“We’re going to have to take it week by week and see how the preseason goes, the first game goes, and make adjustments,” Saba said. “I think everyone is ready to work hard and just thankful that we have the opportunity to play.”