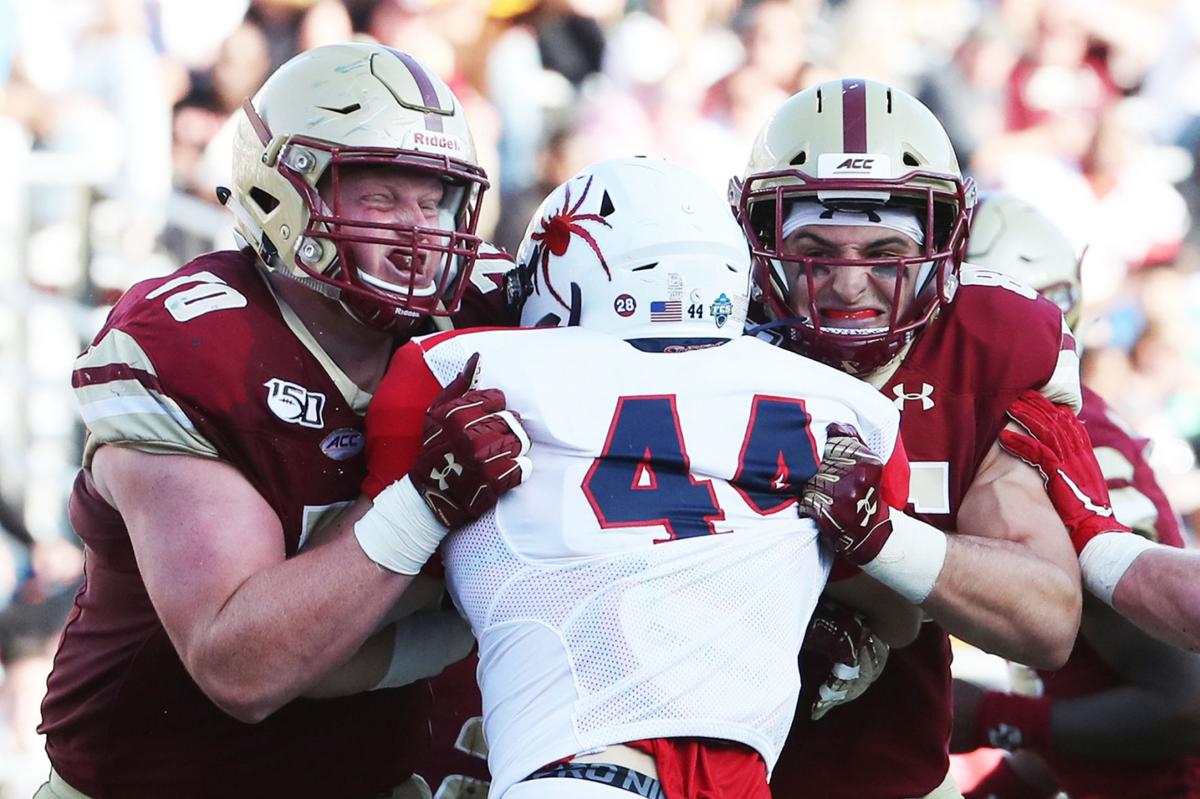 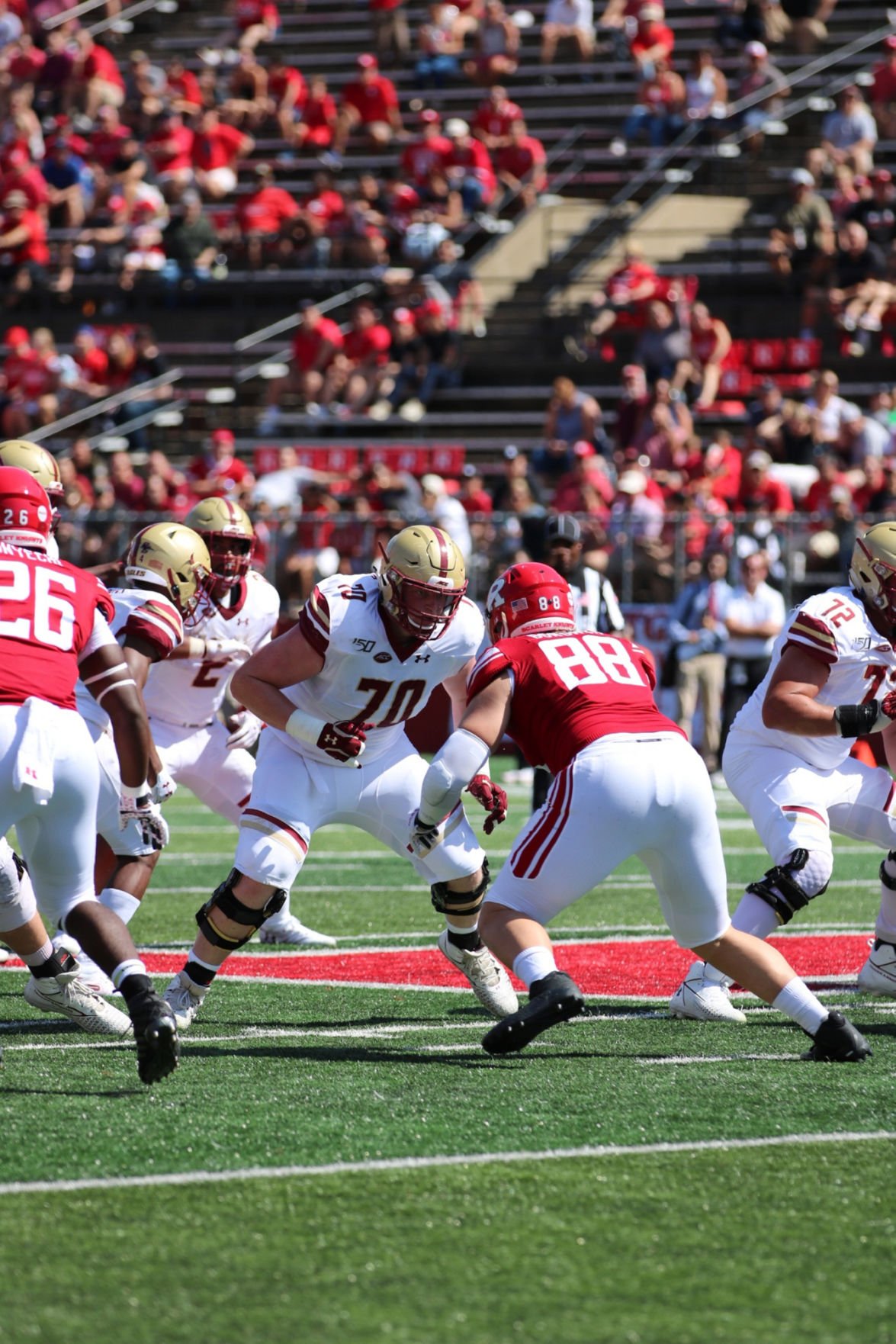 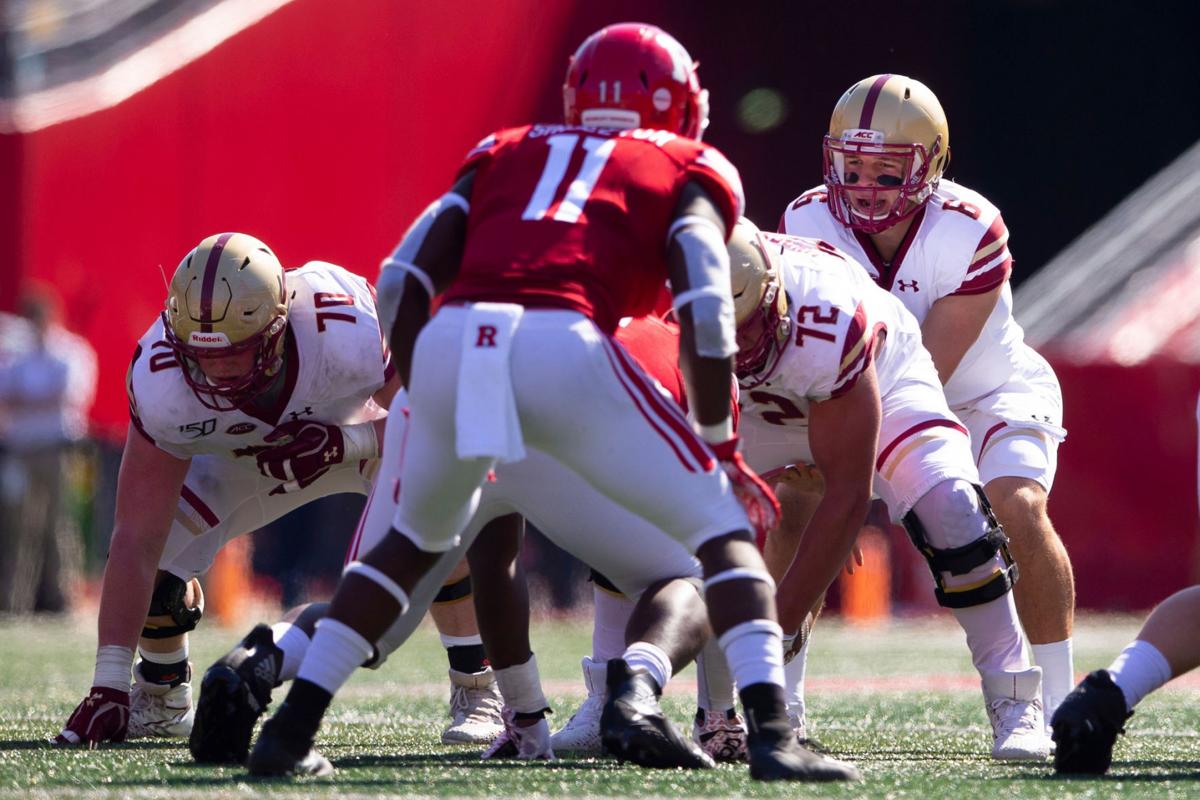 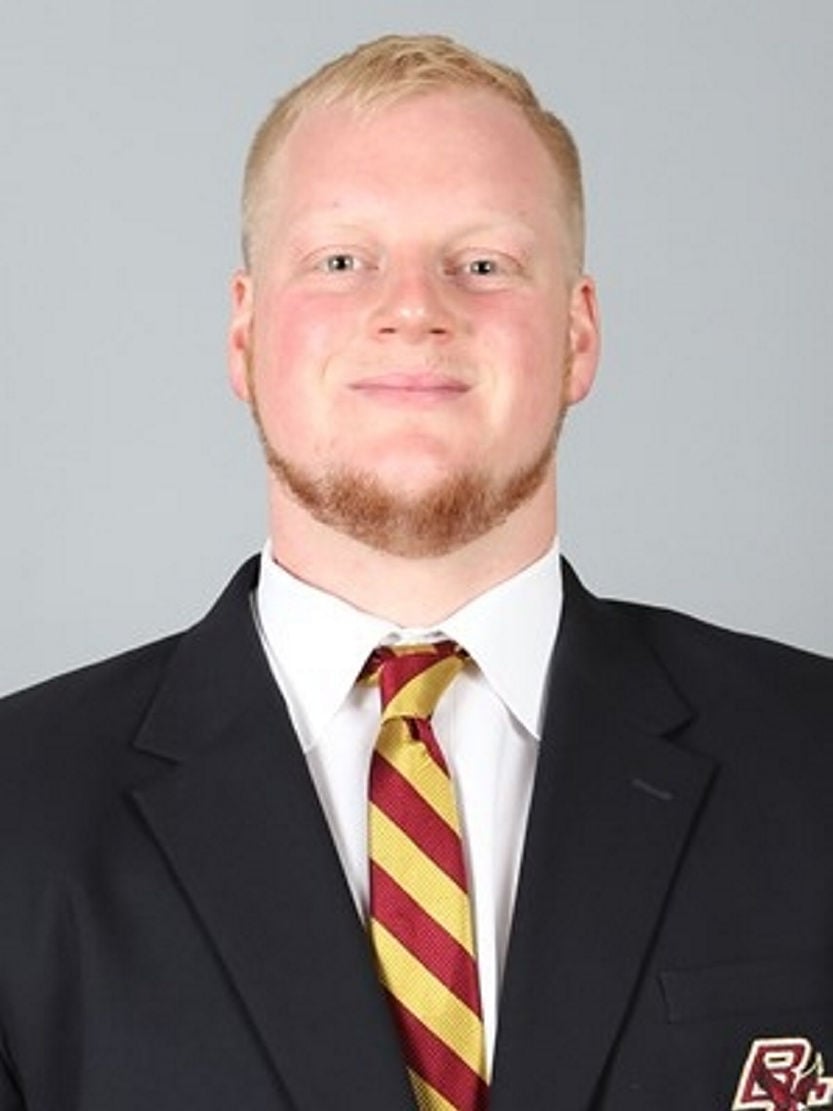 John Phillips grew up like many area athletes, dreaming of a future in hockey, but is grateful for the eventual change of direction that has led to his decorated five-year career for the Boston College football team.

Phillips — a 6-foot-6 and 305-pound Phoenix native who played high school football for Syracuse-Christian Brothers Academy — has started every game at right guard during his redshirt senior season for the Eagles (5-5 overall, 3-4 Atlantic Coast Conference), helping to pave the way for one of the top five rushing offenses in the nation.

Phillips has appeared in every game but one over the last four seasons for the Boston College offensive line, grading as the ACC’s highest-rated pass blocker by Pro Football Focus last season and garnering Preseason All-ACC honors entering his graduate campaign.

“The decision (to attend B.C.) would have been a lot easier knowing what I know now, I have absolutely no regrets about it and it’s been the best five years of my life,” said Phillips, who has completed undergraduate studies in marketing and is pursuing a master’s degree in management.

“It’s a blessing to have another year to play football,” he added. “Not many people get to play college football and I’ve had the blessing to play for five years, it’s definitely something I’ve kept in mind and never really lost track of. It’s an unbelievable experience.”

Phillips recently contributed to a prolific performance against ACC rival Syracuse, helping the Eagles gain 496 rushing yards during a 58-27 victory on Nov. 2 in front of hundreds of his hometown family and friends at the Carrier Dome in Syracuse. The rushing yardage represents the highest total ever surrendered by the Orange and the most against an FBS defense this season. Boston College gained a school-record 691 yards of total offense en route to the win.

Phillips, whose father, Paul, played defensive line at Colgate and brother, Andrew, played offensive line at SU from 2009-12, said that he grew up as an Orange football fan and was motivated to deliver a memorable performance during his final game at the venue.

“It was a pretty emotional game with the homecoming, growing up near Syracuse,” Phillips said. “Syracuse isn’t like Boston where you might have the Patriots or the Celtics or something, Syracuse is Syracuse (University) sports. It’s basketball, football, lacrosse, all-around, so every time I came to the Dome it was emotional and having it be my last time there, it meant a lot to me to be able to say that I won playing my last game in the Dome.”

While Phillips has excelled on the gridiron, it wasn’t always the path he envisioned for a sports career. He didn’t start playing football until the seventh grade, and preferred hockey among all of his youth sports endeavors that also included lacrosse, soccer, baseball, and basketball.

Phillips said his first memory of Boston College is when he attended an NCAA Division I men’s ice hockey game with his family at Clarkson University, when the Golden Knights hosted the Eagles. That experience as a young kid helped spark Phillips’ initial dream of playing college hockey.

“That was kind of my first big sport,” Phillips said. “I didn’t play football until I was in seventh grade and when I was five (years-old), I started skating. I didn’t give that up until after my sophomore year of high school. That’s where I first kind of saw myself going with everything and then when I got older, I realized I was much better at football than at hockey.”

Phillips first started playing football for the Syracuse-CBA modified team when he entered junior-high school, and after a standout freshman campaign, said he was encouraged by former longtime Brothers’ coach Joe Casamento to consider bulking up for a potential future in football.

Phillips said he aimed to increase his weight from 230 pounds to 250 in preparation for varsity football and began to shift his focus on power training to overwhelm opposing players in the trenches.

“I had like four or five months to do it, and all the weight-lifting and stuff that goes into football, it’s just a different training than we would do for hockey, a lot less lateral explosiveness,” Phillips said. “There is a lot of overlap but for the most part I had to just bulk up, which wasn’t really conducive to being a hockey player.”

Phillips continued to play hockey through his sophomore year, playing for the Syracuse-CBA state championship team his final season in 2013, before focusing solely on football.

He helped Syracuse-CBA win Section 3 football championships in 2012 and 2013, and was named to the Class AA All-State First Team as a senior before committing to Boston College, which was the only program from a power-five conference that Phillips believed showed a serious desire during the recruiting process.

“I said at the beginning of the year that our offensive line has come together tremendously,” Dillon said following the record-setting victory over SU. “They open up so many holes and so many opportunities for David (Bailey) and me. My job is to just go find those holes.”

Boston College head coach Steve Addazio recently stated that he believes Phillips could have an NFL future, but the Phoenix native said he is focused solely on finishing his collegiate career on a high note.

Boston College was idle last week and will return to play at Notre Dame on Saturday and at Pittsburgh on Nov. 30, needing a victory in one of its final two games to gain bowl eligibility.

“It’s always on the back of your mind but I’m just focused on having the best season that I can have,” Phillips said. “The better season I have, the more I’m able to help the team, and quite honestly I’m just worried about us having a great year and finishing out, going to a good bowl game, and if I take care of that, everything else will fall into place for me. So I’m just focused on having the best season I can have.”