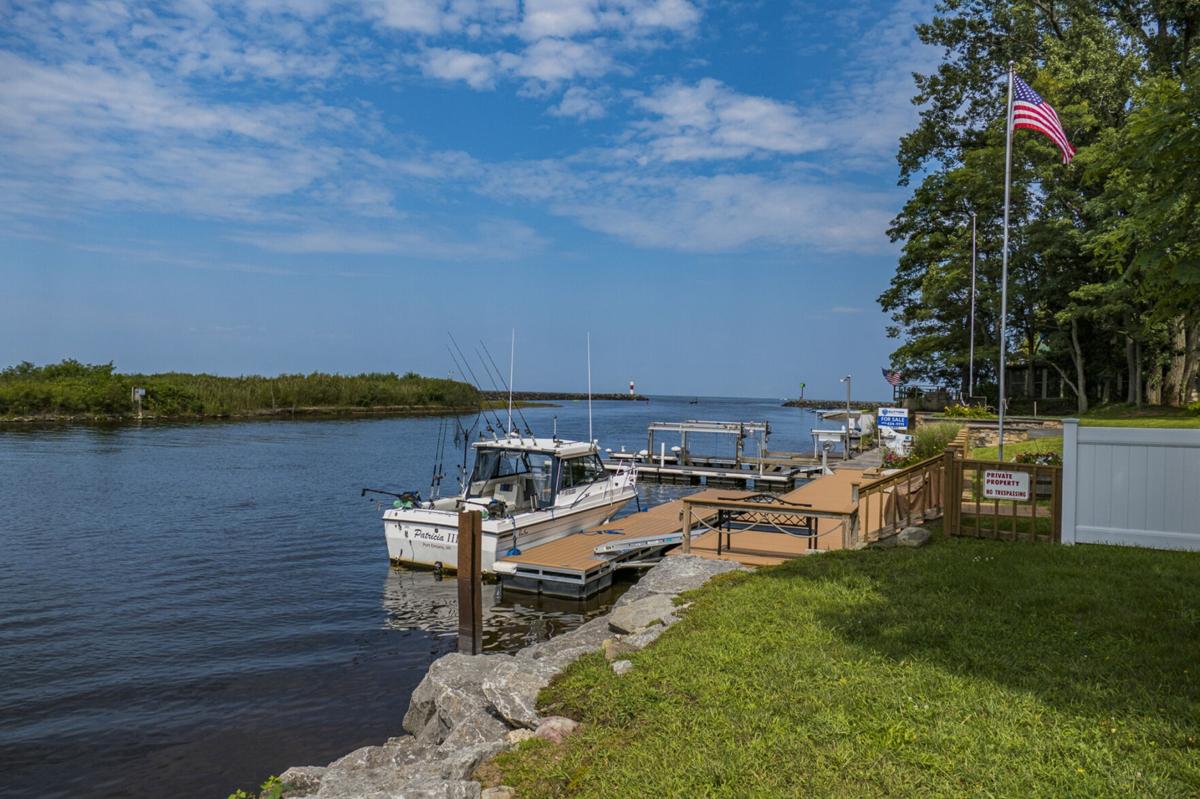 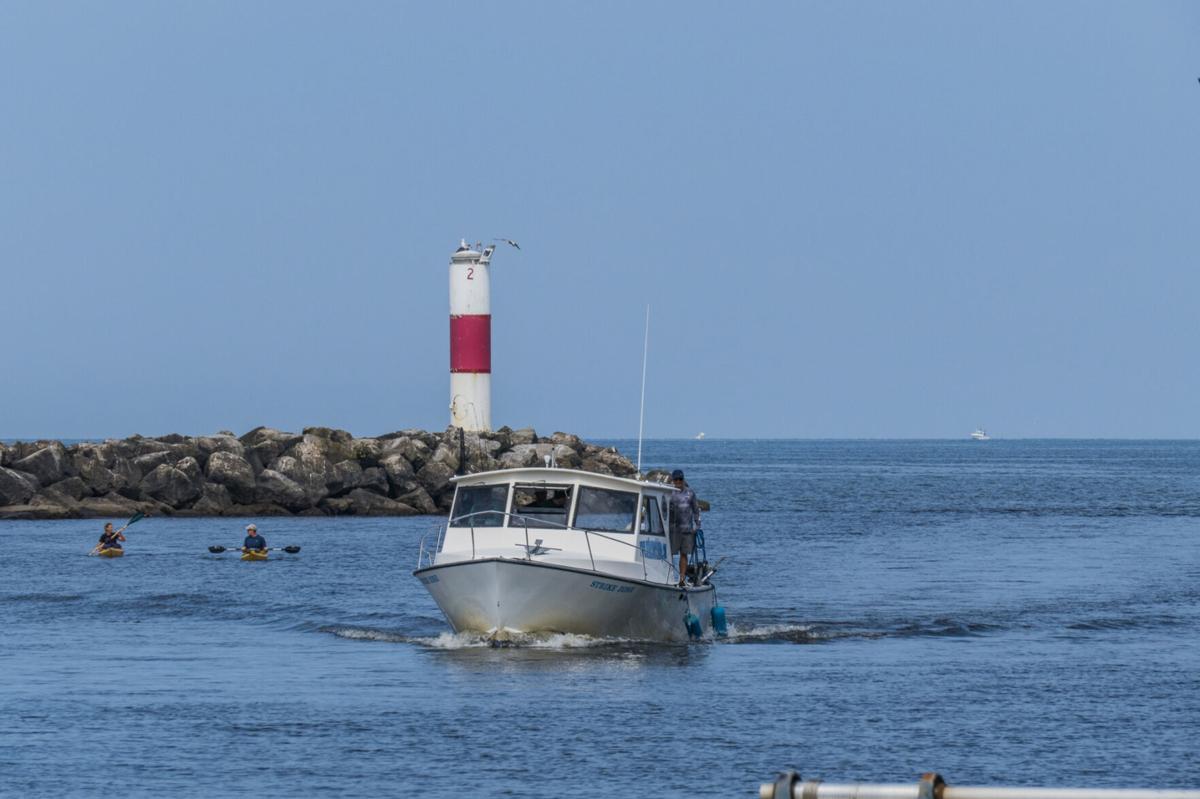 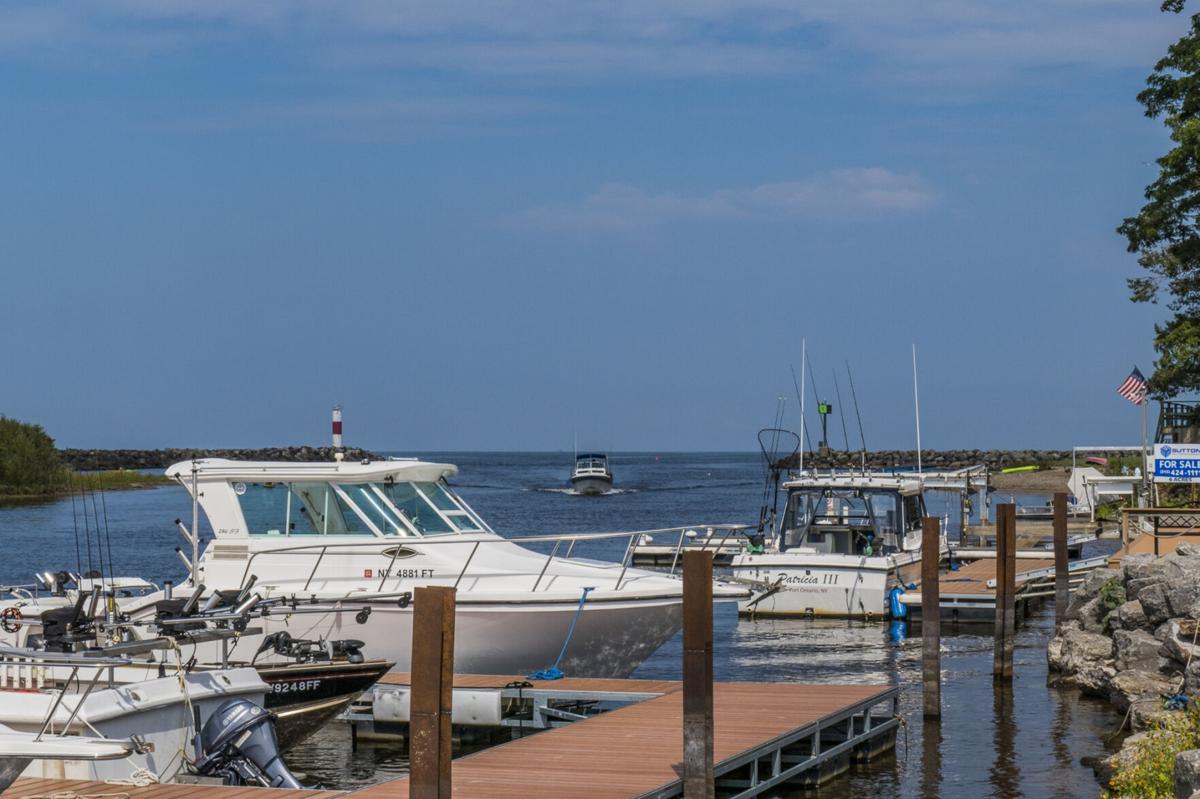 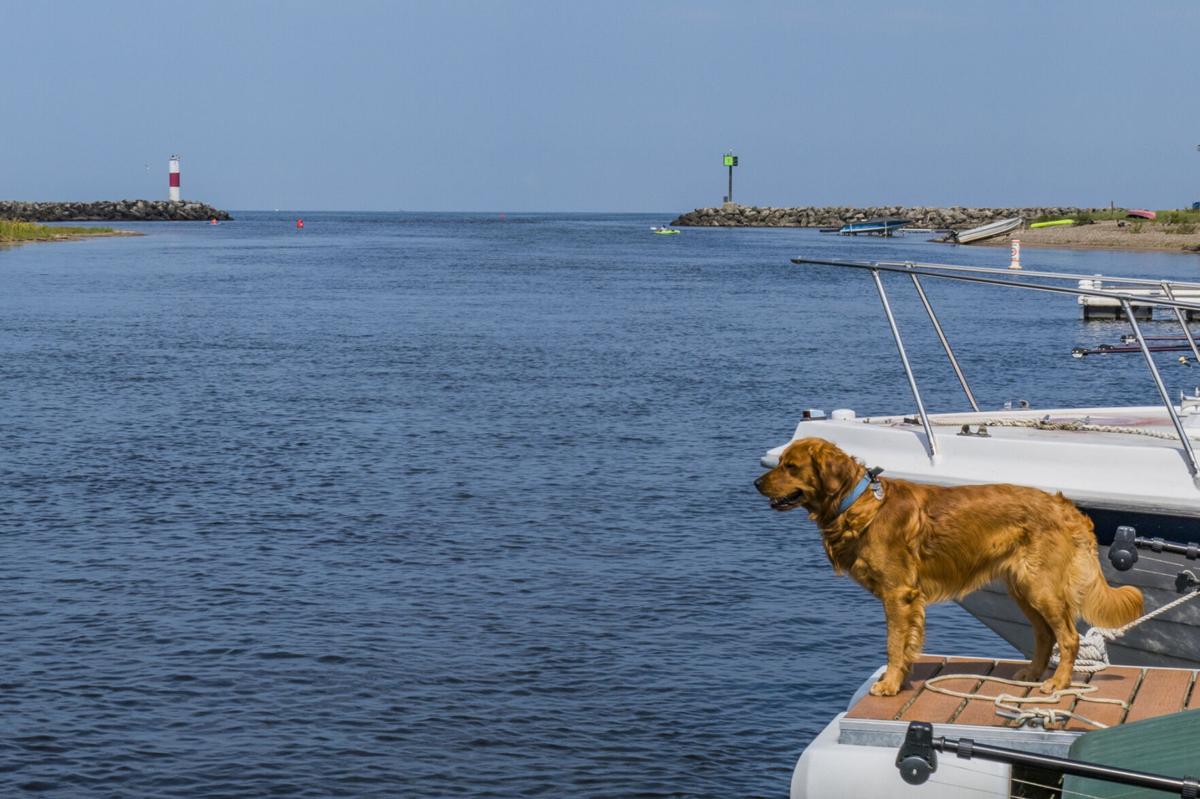 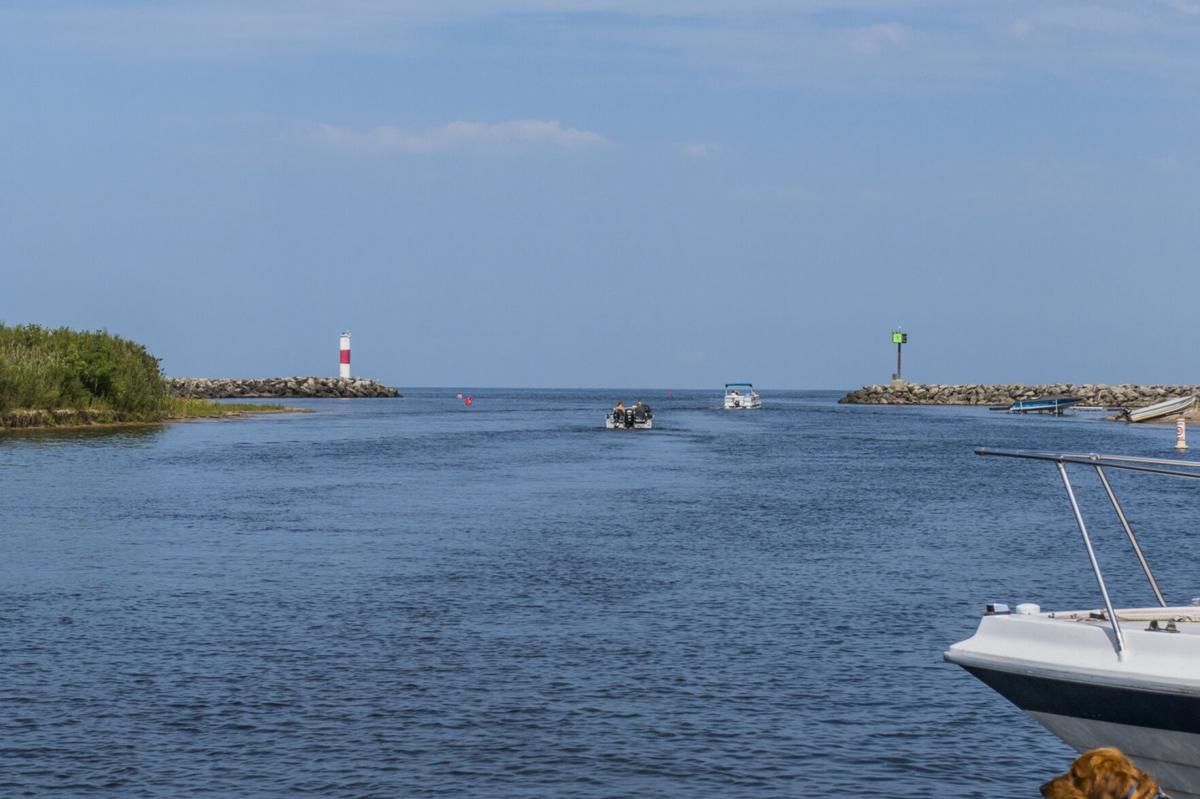 PORT ONTARIO – As part of its $15 million REDI (Resiliency and Economic Development Initiative) Regional Dredging Project, the state removed approximately 3,600 cubic yards of sediment from the Salmon River navigation channel between Aug. 9 and 16.

The dredging was undertaken using a long reach excavator on a barge, supported by dump scows and a tugboat, overseen by the REDI Dredging Program Manager, Ramboll, who provided staff from their Syracuse and Rochester offices, according to Assistant Director of Public Information at New York State Office of General Services, Joseph Brill.

While the dredged up sediment removed from the waterway will be placed downdrift of the channel’s breakwater, according to a state press release, Brill said it is not just dumped back into the lake north of the Salmon River channel and left to settle somewhere at random. It is strategically placed on beaches north of the site and “will support natural beach nourishment and revitalization north of the river.

“There’s several benefits to these REDI projects,” Brill said, “and one of them is the beneficial reuse of the dredged material, which we’re using to support natural protective features and ecosystem restoration, as well as erosion management.

“Anywhere where the makeup of the sediment is appropriate,” Brill continued, “it’s used to benefit local habitats, water quality, as well as to nourish the beaches.”

“We depend on the DEC to provide us with information and guidelines that will allow us to minimize or avoid impacts on wildlife, such as the arrival of migratory birds or the spawning of salmon,” he said.

After dredging was completed, the channel’s new depth was measured.

“We did testing at each site,” Brill said. “We surveyed sites to make sure we got to the required depth so that recreational boaters can get through safely.”

According to Brill, the exact cost of the Salmon River dredging is difficult to ascertain.

“The Regional Dredging Project was allocated up to $15 million from the Lake Ontario REDI program, and that includes funding for up to 20 dredging locations,” he explained. “As we progress through this process, the design and permitting activities were concurrent for multiple sites. The dredge sites were bundled, so that we can maximize the construction equipment resources and the cost, and because of that, site-specific costs associated with the Salmon River site are just not available.”

But whatever that precise cost is, it will no longer be picked up by the state. That cost will become the responsibility of the local taxpayer or county.

According to a state press release, “the state will provide counties with the information they need to update, expand, and implement long-term operational, maintenance, and funding plans to maintain recreational navigation channels in the future.” This will occur in a future Phase 3.

“The main focus of Phase 3,” Brill explained, “is handing over, transferring all the archive of all the data that’s been collected from the REDI Dredging Project. All this material will be turned over to the Lake Ontario Regional Dredging Council made up of representatives from the affected communities and counties. That information will help them facilitate implementation of the Regional Dredging Program, which is an ongoing program. That includes historical documents, agency correspondence, design information, CAD documents, permitting information, the information that was submitted to be allowed to get the work done, and our safety information data about the sediment testing. All those things will help the local organizations and counties that do the dredging normally plan for future dredging and plan out how they’re going to pay for it.

“The municipalities and the organizations that are usually responsible for dredging these navigation channels will go back to being responsible for doing that work,” Brill said. “This REDI project was basically, after those years of flooding and high water levels, meant to address the backlog of dredging projects that built up. So, New York state took on this one year of dredging up to 20 sites, which the state deemed critical to maintain the vitality of recreational boating, which is really essential to the local economies, especially in tourism.”

According to New York state, “the harbors included in the Regional Dredging Project along the southern shore of Lake Ontario are estimated to generate $94 million in economic activity,” $3.8 million in tax revenues for the state and an equal $3.8 million for local communities annually. The state estimates these harbors support more than 1,350 local jobs.

Assembly Minority Leader William Barclay, the area’s local state assemblyman and literally a nearby neighbor of the Salmon River project, expressed his appreciation of the dredging.

“It is always welcome news when improvements and upgrades are made to our region’s waterways, which are a vital part of the local economy,” he said. “The Salmon River/Port Ontario dredging project will ensure the continuation of safe passage for recreational watercraft in the area. I look forward to this project’s completion so everyone – locals and visitors alike – can enjoy the natural beauty Lake Ontario has to offer.”