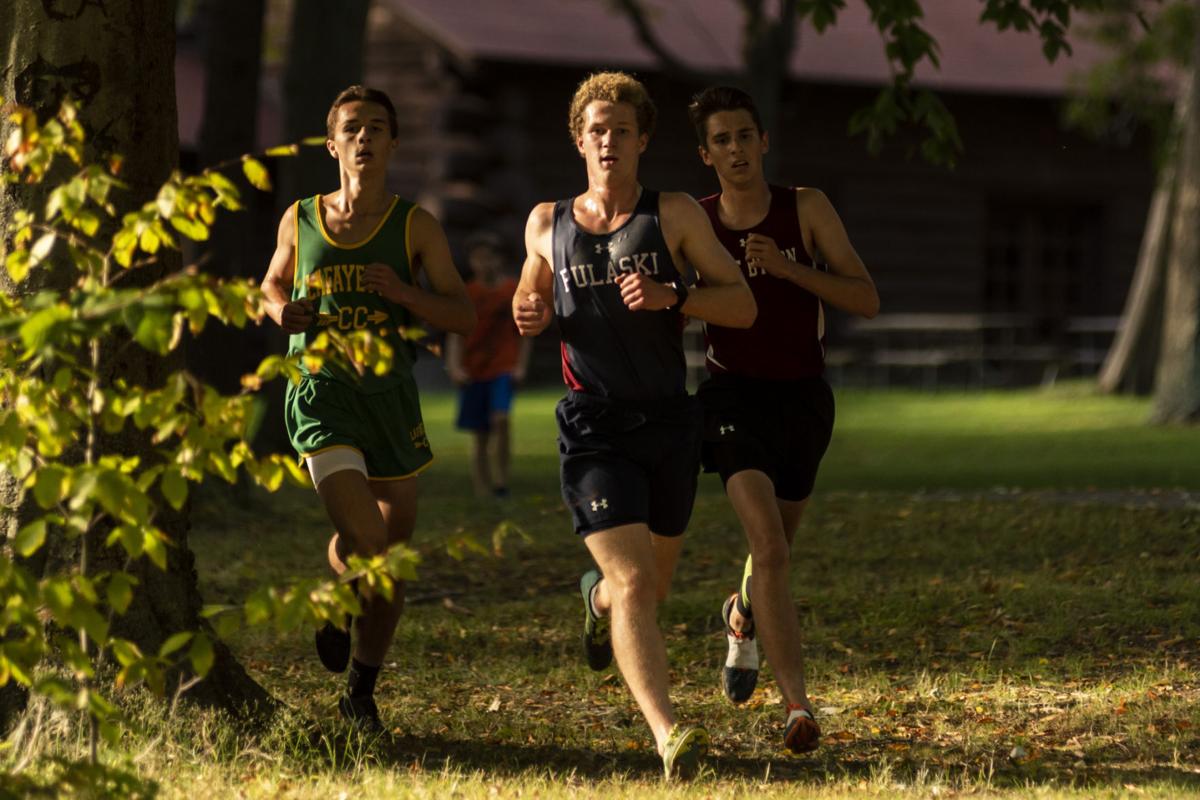 JULIA HOPKINS/JOHNSON NEWSPAPERSPulaski junior Josh Carguello (center) runs past his competitors during the Blue Devils’ final home meet of the season on Sept. 25 at Selkirk Shores State Park in Pulaski. 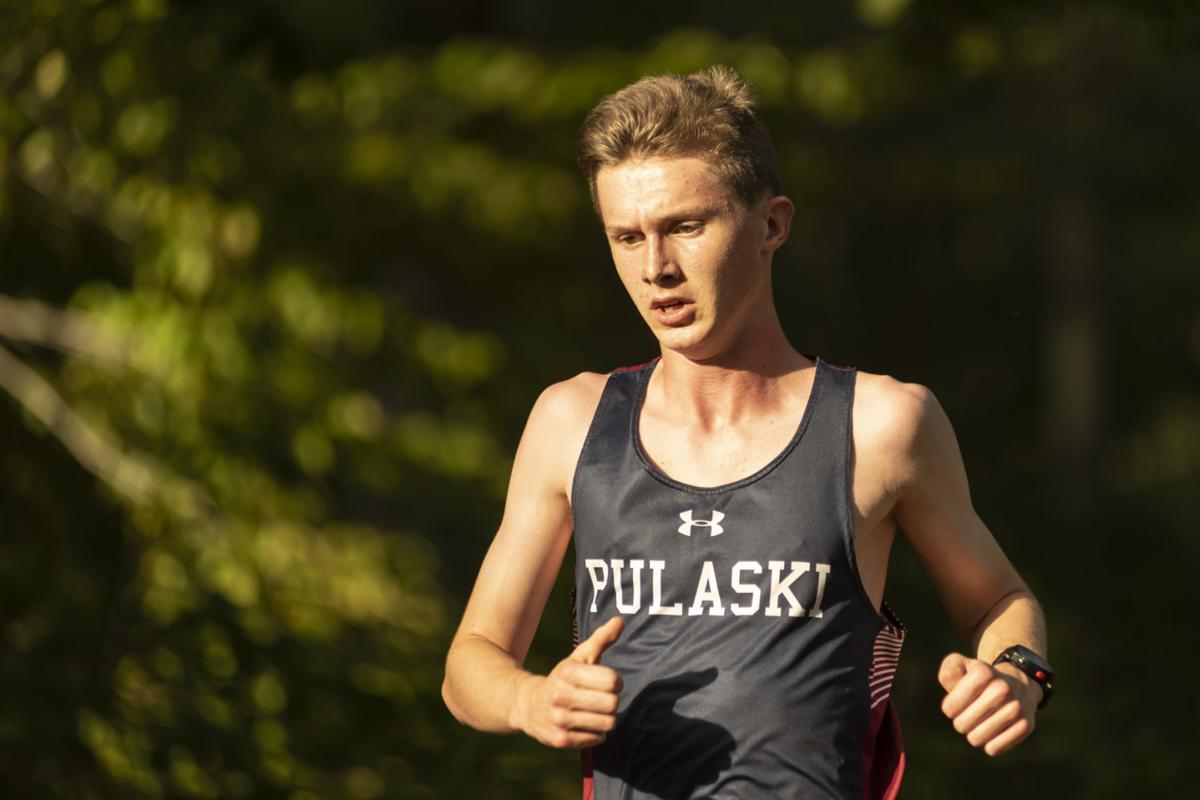 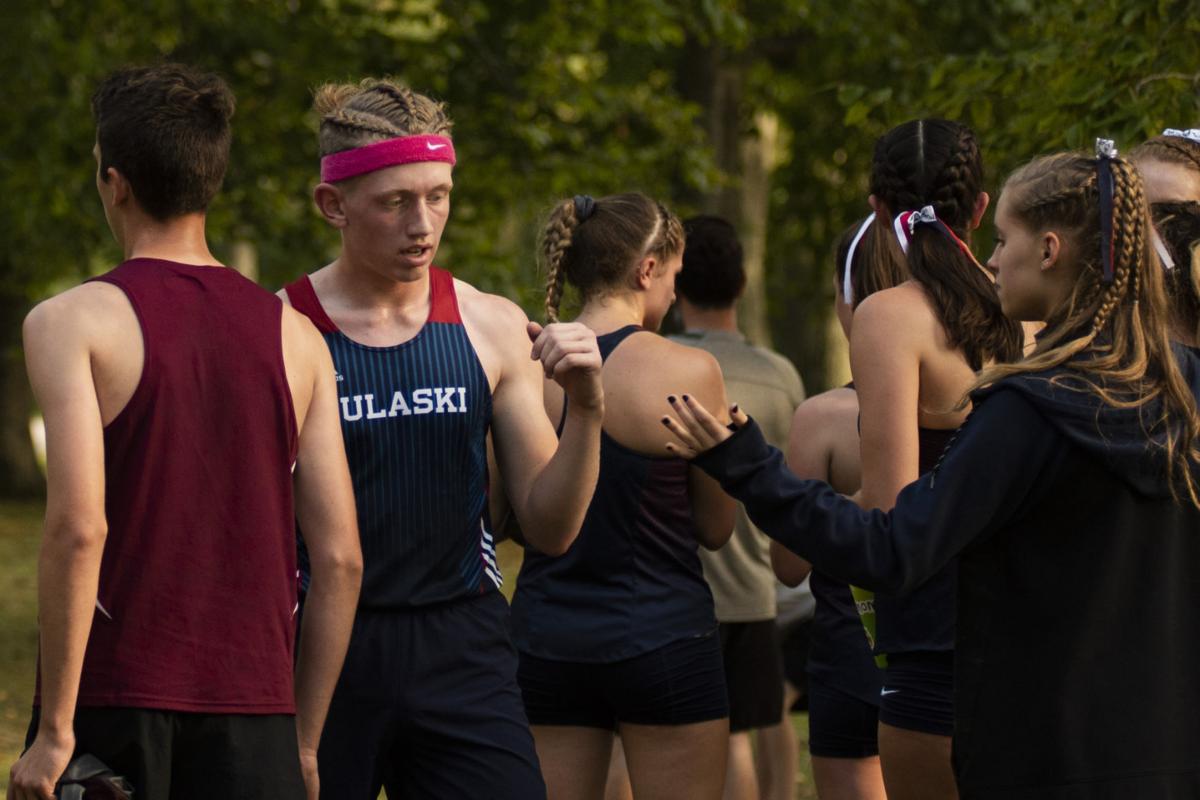 JULIA HOPKINS/JOHNSON NEWSPAPERSPulaski senior Austin Schouten is encouraged by other members of the program prior to the Blue Devils’ final home meet of the season on Sept. 25 at Selkirk Shores State Park in Pulaski. 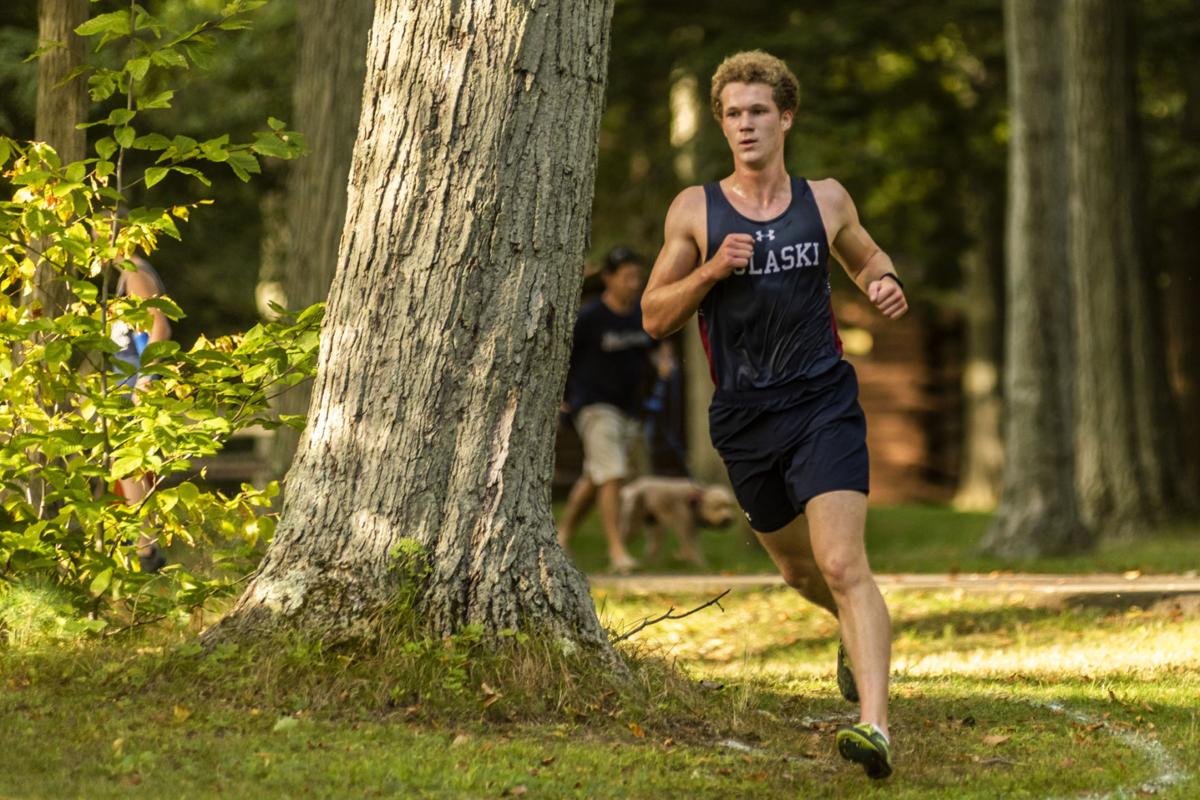 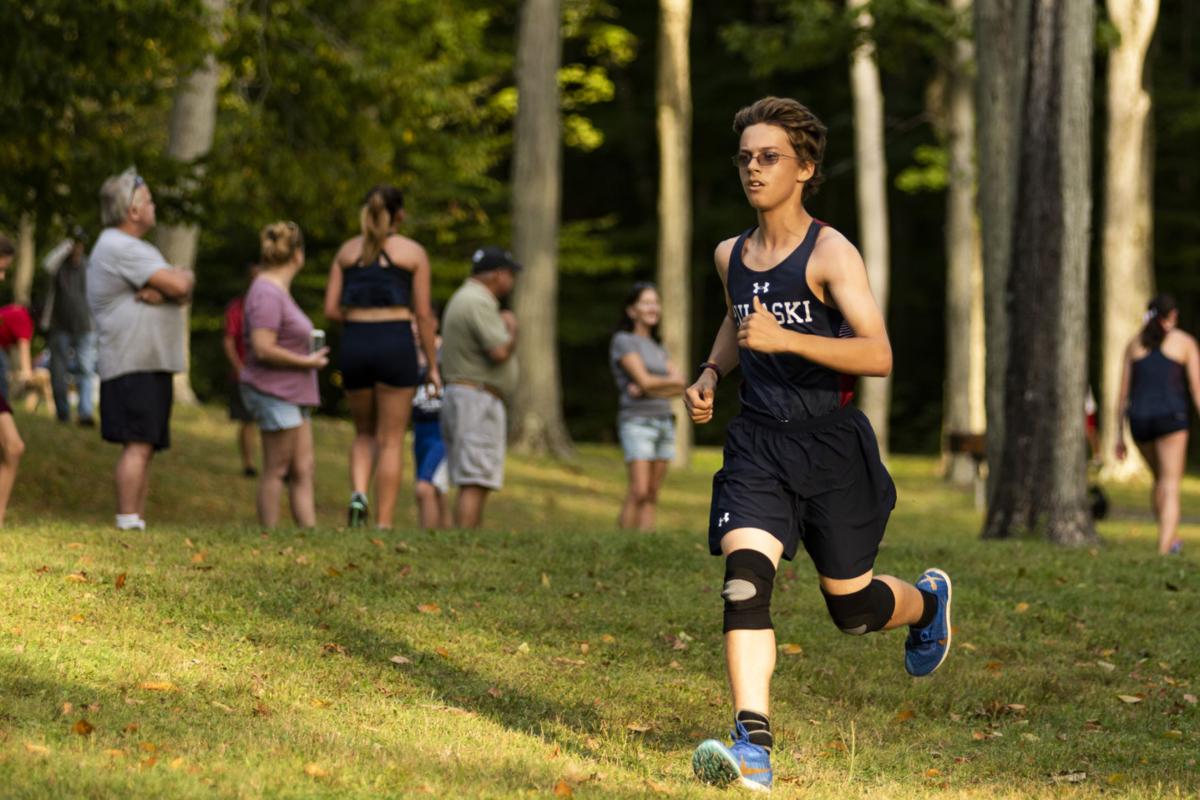 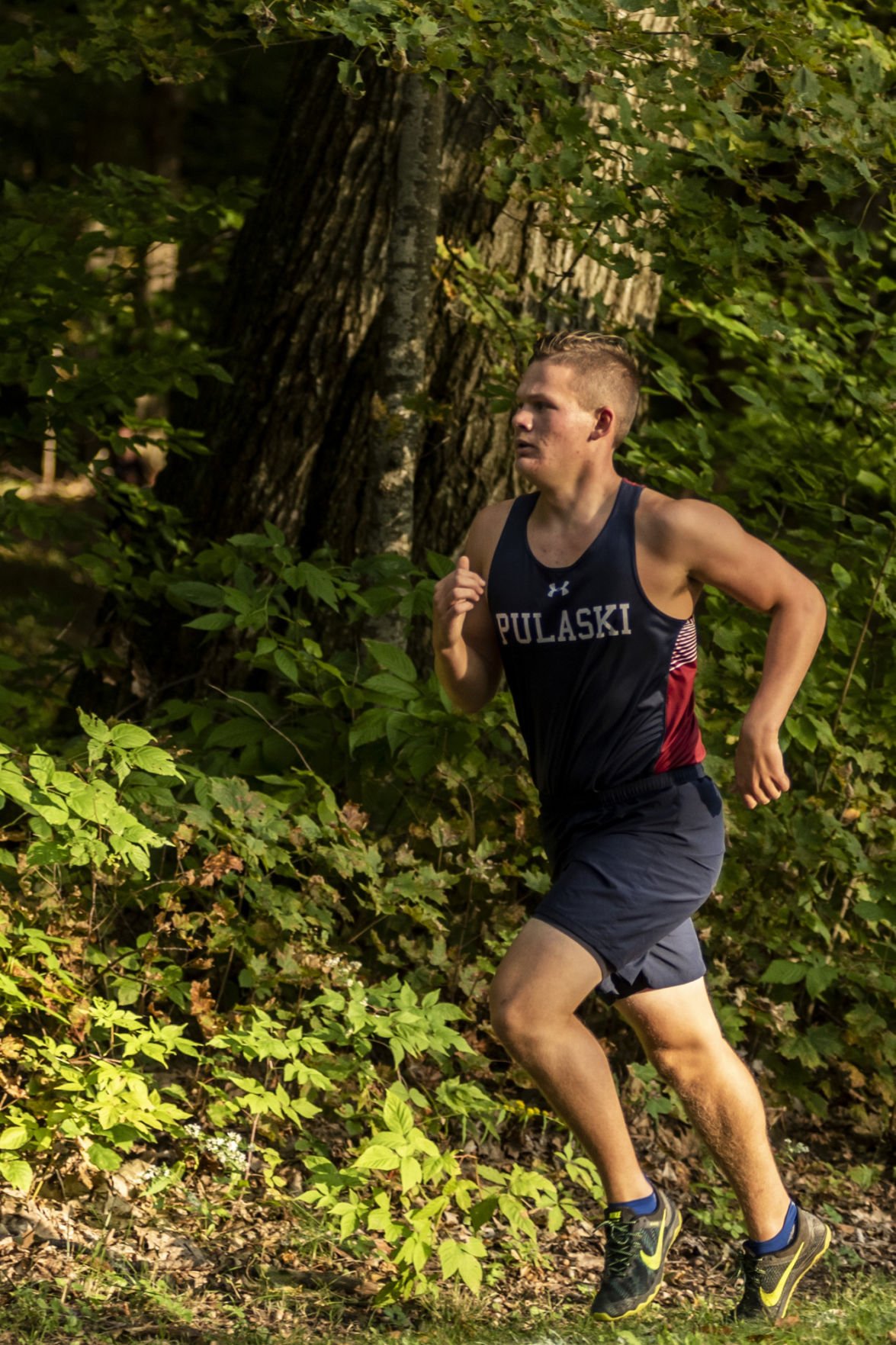 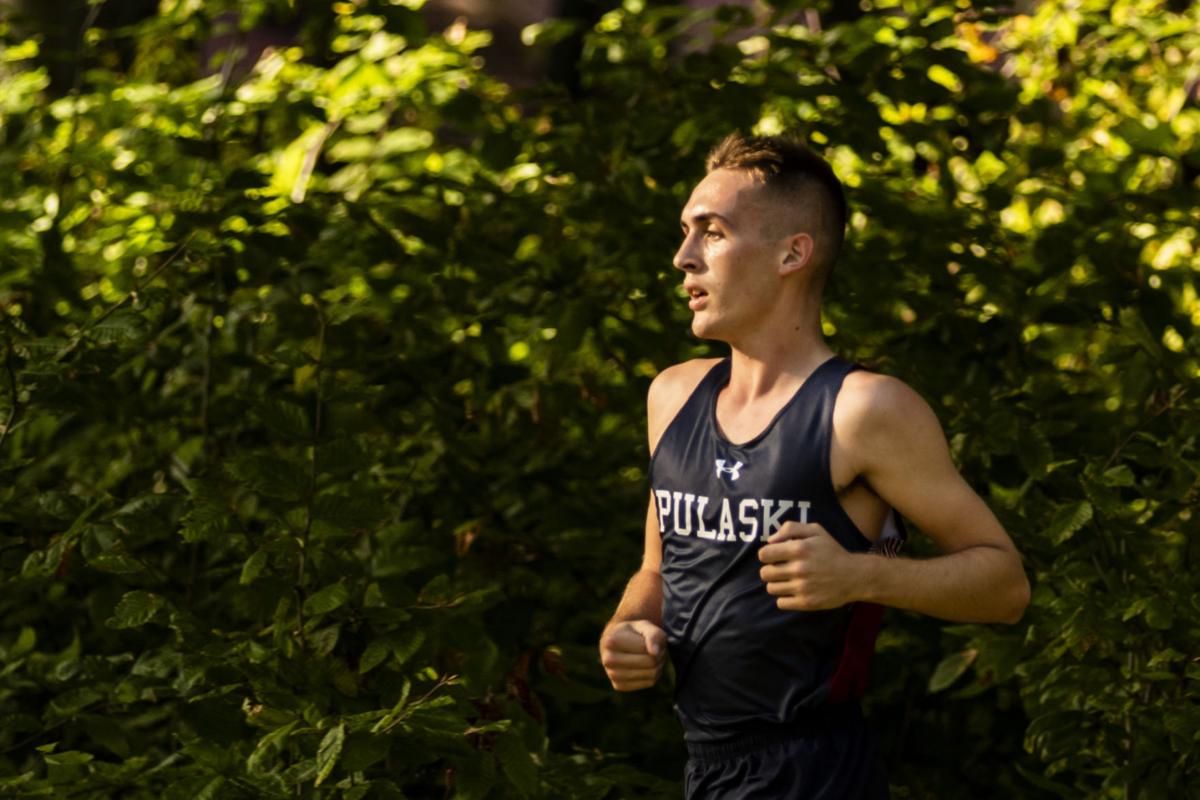 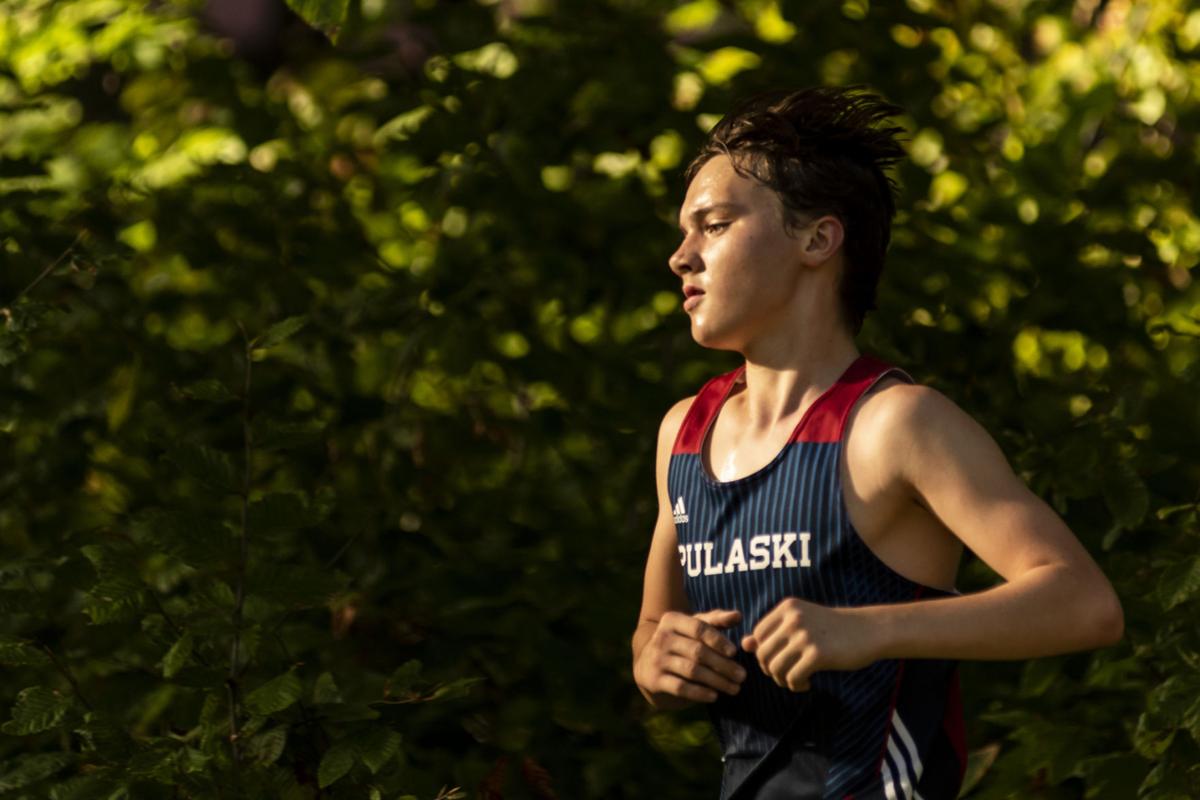 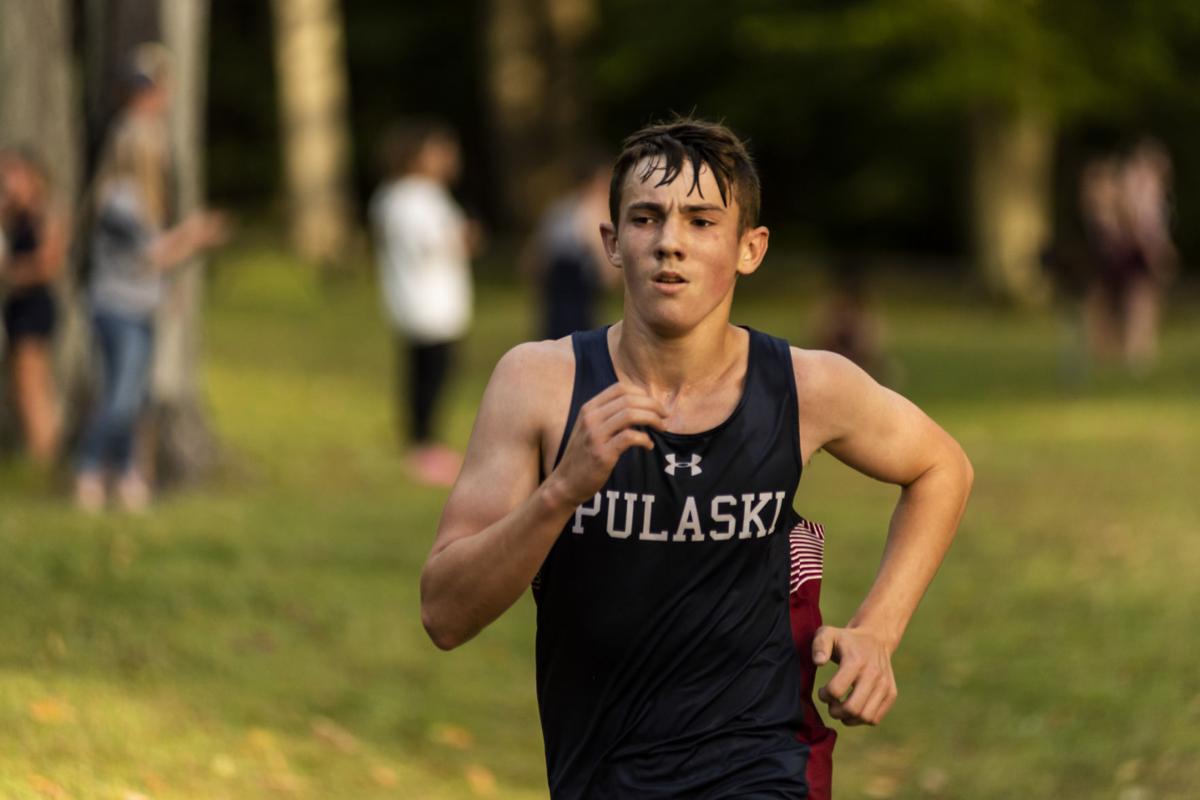 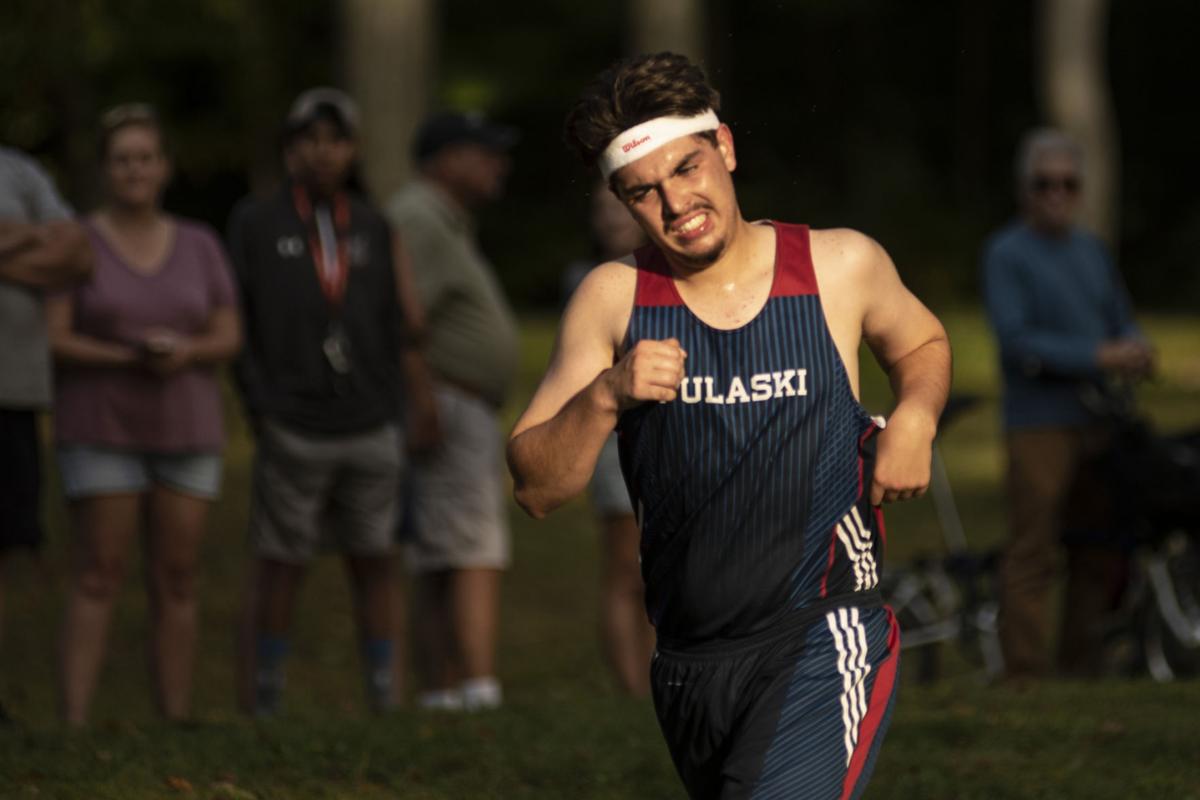 JULIA HOPKINS/JOHNSON NEWSPAPERSPulaski junior Josh Carguello (center) runs past his competitors during the Blue Devils’ final home meet of the season on Sept. 25 at Selkirk Shores State Park in Pulaski.

JULIA HOPKINS/JOHNSON NEWSPAPERSPulaski senior Austin Schouten is encouraged by other members of the program prior to the Blue Devils’ final home meet of the season on Sept. 25 at Selkirk Shores State Park in Pulaski.

PULASKI — The Pulaski boys cross country team is running toward history for the second straight year.

The Blue Devils entered this week with a perfect 7-0 record in boys varsity meets, and capped off their home schedule by gaining critical victories over LaFayette (23-36) and Port Byron/Union Springs (20-40) on Sept. 25 on their 5K course at Selkirk Shores State Park.

Pulaski will compete in its final regular-season meet next Wednesday at Cato-Meridian and entered this week with a chance to complete its second consecutive 11-0 campaign.

“We talked about it at the first meeting we had as a team this year,” said Austin Schouten, the only senior among the team’s regular top-seven finishers. “We said it then that this is what our goal is, and that’s still our goal.”

Pulaski head coach Scott Jones, in the midst of his ninth varsity season, credited the unbeaten start to a strong summer training program that was attended by the majority of his 19 varsity members, and commitment by his veteran runners to individual improvement.

“Getting a base for the fall is very important and we have a couple of leaders with a real runner’s mentality, and they do more than I would ever ask them to do,” Jones said. “Having those kind of runners as our leaders kind of makes the rest of our team realize that they’ve got to put some work in, and that’s big.”

The Blue Devils are also vying for their second straight Patriot League title after claiming the crown for the first time since 2005 last year. They should also be among the top Class C contenders at the Section 3 championships slated for Nov. 9 at Vernon-Verona-Sherrill.

Pulaski finished fifth among 35 teams at the Baldwinsville Invitational on Sept. 21, and placed fourth of 27 teams in the small-school race at the E.J. Herrmann Invitational last Saturday in Utica.

The Blue Devils also finished 8-1 in 2017 to lead into its undefeated season, and have continued to shine despite losing key contributors to those teams, Dan Hefti and Dan Novak, among a class of six to graduation.

“We’ve just been able to rattle off wins while getting a strong group of younger guys ready to come in, that’s pretty much what it’s all about,” Carguello said.

“We’re really lucky to have great senior leadership and some young guys that have stepped up, and that’s really what has made our team almost more well-rounded than last year. We’re lucky to have all of them to really work hard in this sport, and it has paid off.”

Pulaski has sported a roster of 19 this season after finishing with 24 a season ago, maintaining depth that has been vital for a program that struggled to field a varsity team in Jones’ first season following a series of standout teams in the early-mid 2000’s.

“This success is the seniors (from last year) also,” Schouten said. “They mentored us as well, helped us run and made this a good sport at our school. The seniors last year was the biggest class and they brought so many other kids in.”