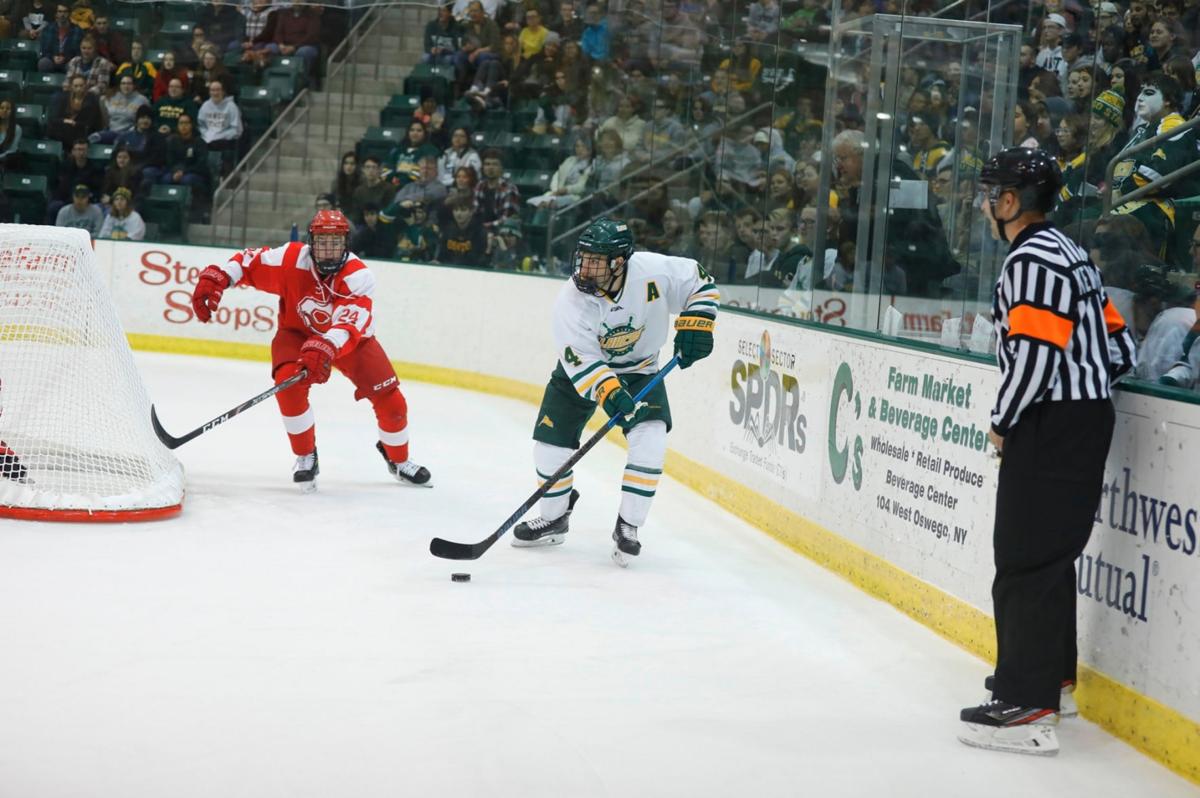 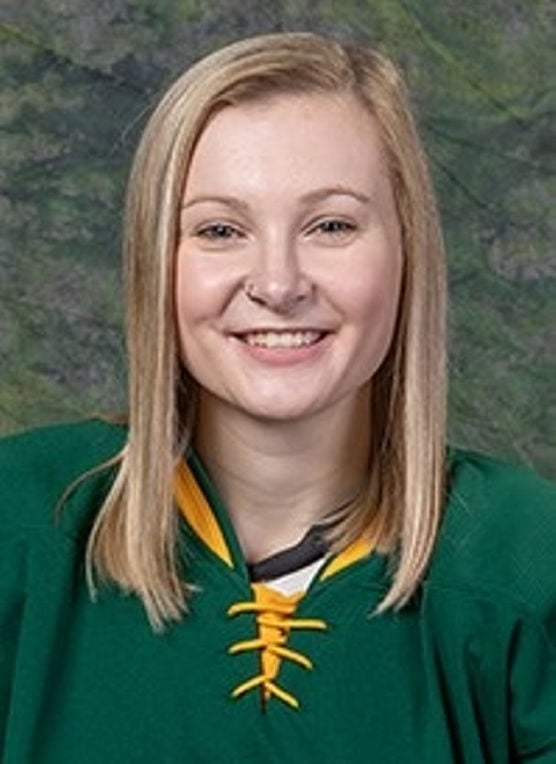 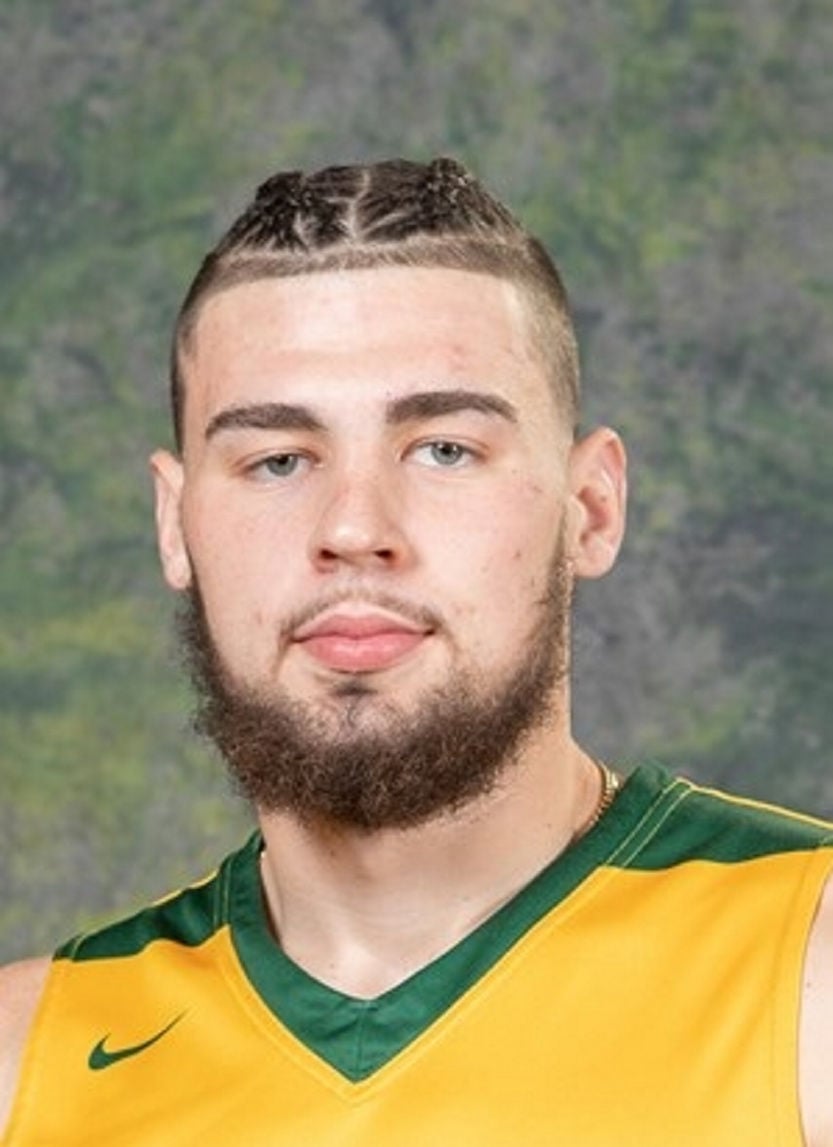 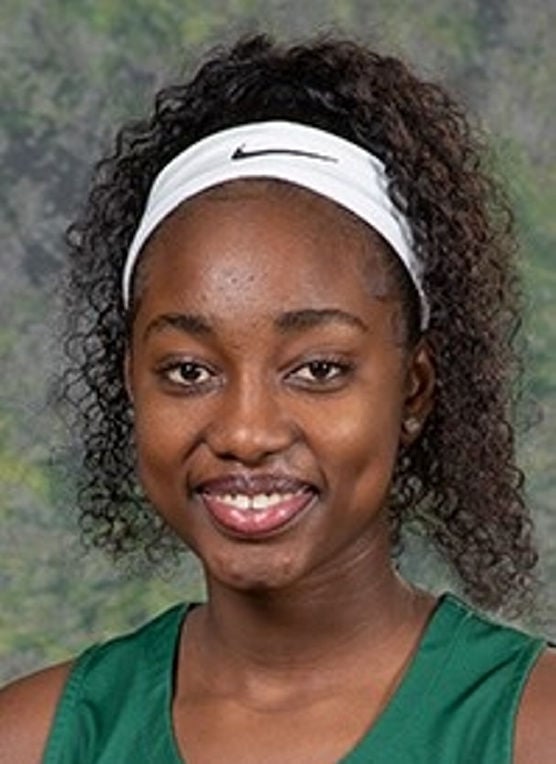 The Lakers (7-3 overall, 6-1 SUNYAC) will resume their season as the nationally-ranked No. 10 team in the latest USCHO.com poll and atop the SUNYAC conference standings. They will face Saint Mary’s College at 7 p.m. tonight at the Marano Campus Center as part of their annual tournament, and will play either Williams College or University of New England at 7 p.m. Saturday in the same location.

The Lakers’ men’s hockey team is seeking its fourth straight victory to begin the second portion of its season, after closing the first semester on Dec. 7 with a thrilling 5-4 SUNYAC victory at Fredonia that was capped off by a power-play goal in the final minute by sophomore Tyson Kirkby.

Senior Anthony Passero, who assisted on the game-winner to help provide the exclamation point on the opening semester, was named SUNYAC Player of the Week on Dec. 8. He led Oswego in points through its first 10 games, posting two goals and 12 assists, and enters the second half with a SUNYAC-leading eight assists in conference play.

Sophomore Travis Broughman (7 goals-6 assists) and junior Max Novick (3-8) have also been strong contributors to coach Ed Gosek’s squad that is striving to reach the NCAA Tournament for the 10th time in his 17 seasons at the helm.

The Lakers had previously posted a pair of shutout victories on the road by a combined 13-0 — 8-0 over Plymouth State on Nov. 30 and 5-0 over Buffalo State on Dec. 6 — to bounce back from a three-game losing streak that included a 9-1 loss to SUNYAC rival No. 2 Geneseo (8-2-1, 5-1-1). The Lakers are scheduled to host the Knights in their second conference matchup at 7 p.m. on Feb. 7 at the Marano Campus Center Arena.

The Oswego women’s hockey team will host King’s College at 3 p.m. on Jan. 8 to drop the puck on its second semester after a breakout first half.

The Lakers enter with an overall record of 7-3-1 and a 5-2-1 mark in the NEWHL, already matching its conference win total from last season (10-13-3, 5-9-2) at the break while holding second-place in the conference standings behind defending national champion Plattsburgh.

The resurgent campaign has been highlighted by a six-game unbeaten stretch that ended with a 3-0 loss to Amherst on Dec. 8 to finish the first semester.

Oswego men’s basketball will tip off its second half against Montclair State at 6:30 p.m. Saturday as part of the Moravian College State Steel Classic in Bethlehem, Penn.

The Lakers (5-2 overall, 1-1 SUNYAC), who are coming off an NCAA Division III Sweet 16 appearance under coach Jason Leone, played on the road for the entirety of the first semester and will be nine games into the season by the time they host Fredonia for the home opener at 7:30 p.m. on Jan. 10 at Max Ziel Gym.

Oswego has thrived with a balanced lineup of four starters averaging double figures, including senior forward Joe Sullivan, who enters the second half with averages of 13.7 points and 10 rebounds per game, ranking third among SUNYAC players in the latter.

The Lakers’ women’s basketball team has turned the page from a two-win campaign in 2018-19, entering its second semester with a record of 4-3 overall and 1-1 in the SUNYAC. Oswego will host Wells College at 2 p.m. Sunday in Max Ziel Gym to tip off the second half.

The bounceback first half was ignited by the emergence of sophomore forward Ramatoulaye Sy, the returning third-team All-SUNYAC selection from Thies, Senegal. She closed the first half ranked fourth in the SUNYAC in scoring at 18.1 points per game and second in rebounding (11.6).

Senior forward Sydni Eure from East Syracuse-Minoa has also been critical to Oswego’s success and is on pace for a career season with averages of 14.1 points, 11 rebounds, and 2.4 steals per game.