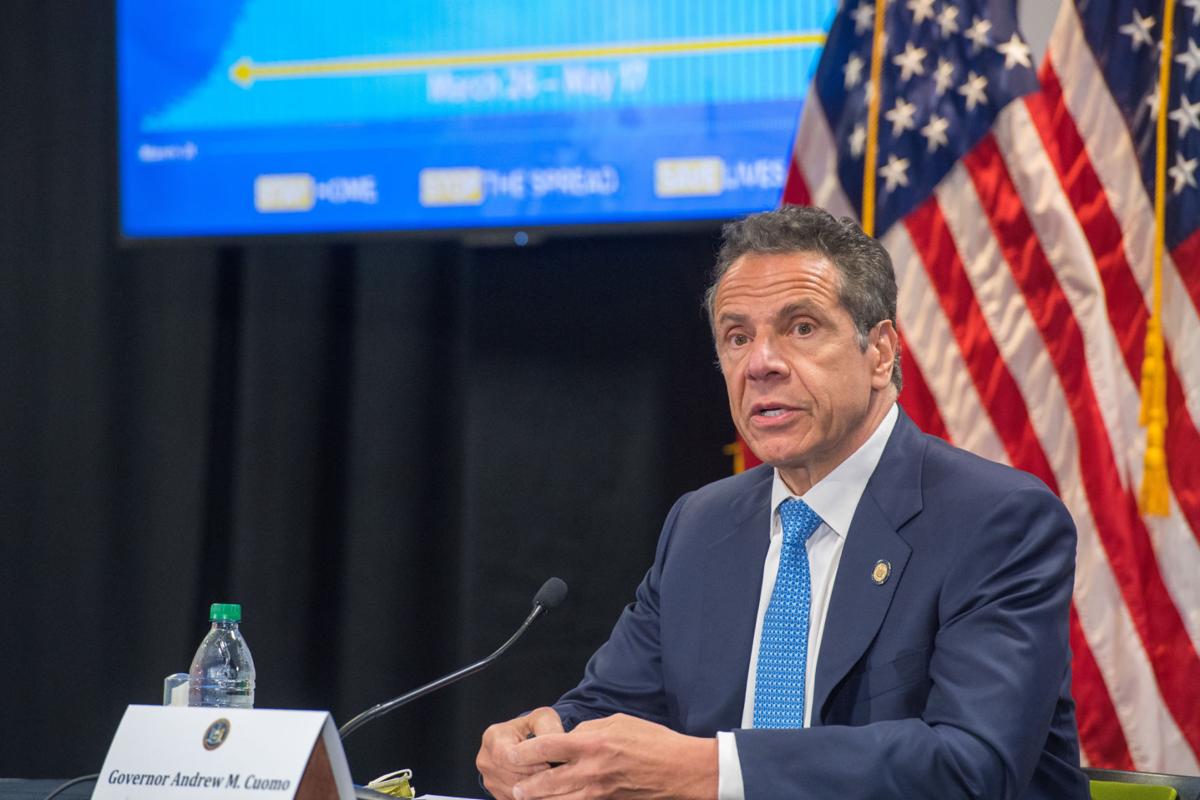 MANHASSET — The Capital District on Wednesday was cleared to start reopening, a company said it is getting closer to a COVID-19 vaccine and New York localities can hold Memorial Day services with 10 people or fewer, Gov. Andrew M. Cuomo said.

Since Sunday, the Capital Region had one benchmark left of the state’s seven metrics monitoring COVID-19 hospitalization, death, infection, testing and contact tracing data to start reopening. The region is seventh out of the state’s total of 10 to begin reopening. Five regions started the process Friday, and Western New York opened on Tuesday.

The Capital District needed to hire 383 contact tracers and identified 430 by Tuesday. The tracers were trained Tuesday and will start when Phase I businesses, including construction, manufacturing and pickup retail industries, resume Wednesday.

A company is getting close to developing a coronavirus vaccine, Gov. Cuomo said Wednesday, calling the development “exciting news.” The U.S. Food and Drug Administration (FDA) may expedite approval.

“And they should,” Gov. Cuomo said Tuesday during a pandemic briefing at the Feinstein Institute for Medical Research. “That would be the best possible outcome.”

The federal government must put rules in place to require pharmaceutical corporations to release the rights to the vaccine so it can be administered worldwide — to people of all demographics and socioeconomic levels, Gov. Cuomo said.

“It can’t be a situation when only the rich and only the privileged can get it,” he added. “...The next day, we have to be in a position where that formula can be given across the globe to treat everyone.”

New York will allow Memorial Day ceremonies statewide with 10 or fewer people. Services will be up to local governments and officials may opt out.

“This is an important tradition — many people lost their lives,” the governor said. “We hope those ceremonies are broadcast and televised in their areas so people can be part of that tradition.”

The Greater New York Hospital Association and the Healthcare Association of New York State are working to allow increased visitation for COVID-19 patients, as visitors are prohibited statewide from seeing virus patients.

The associations will implement a two-week pilot program to allow part-time visits in 16 hospitals across the state, including Albany Medical Center in Albany, Bassett Medical Center in Otsego County and Roswell Park Cancer Institute in Buffalo.

“It is terrible to have someone in the hospital and have someone isolated,” Gov. Cuomo said. “I understand...but this is a limited project to see if we can allow visitors in and do it safely.”

Visitors are provided and must wear personal protective equipment (PPE), such as a mask, gloves and gown, and will be subject to symptom and temperature checks.

The state saw 105 virus-related deaths Monday, including 85 in hospitals and 20 in nursing homes. The state’s death rate from the virus remains flat after totaling 106 fatalities Sunday and 139 on Saturday.

The state tested 1,467,739 people by Tuesday, revealing 352,845 total positive cases of COVID-19. New York’s hospitalization rates continued a downward trend to 5,818 patients Tuesday, down 22, according to the governor’s office.

After a two-day break from discussing federal funding, Gov. Cuomo urged U.S. senators Tuesday not to delay with passing the House-passed Health and Economic Recovery Omnibus Emergency Solutions, or HEROES, Act. The nation’s fifth coronavirus package includes $500 billion for states and $375 billion slated for local governments. New York will receive about $34.4 billion in federal aid under the legislation, including $17.2 billion for New York City and $15.1 billion for other municipalities.

The state faces a $61 billion budget gap over four years because of the COVID-19 pandemic, and anticipates up to 20 percent budget cuts to schools, hospitals and local governments. The severity of the cuts depend on the bill senators are set to negotiate on Capitol Hill.

“We’ll see in a couple of weeks,” the governor said, adding if a bill is not passed, “Washington will be more reckless and irresponsible than even I thought they were — and that’s saying something.”

The governor again pushed for his proposed Americans First Law to prohibit corporations from receiving federal coronavirus funding if they do not rehire the same number of employees as before the pandemic. Gov. Cuomo has criticized Washington for focusing on funding businesses and corporations with past coronavirus legislation and reminded lawmakers of the consequential bank bailout following 2008’s Great Recession.

“Don’t make fools of the American taxpayers,” Gov. Cuomo said. “It would be such a scandal and a fraud if these corporations were allowed to receive money and subsidize the workers they laid off.”

Dozens of medical officials continue to study 137 reported cases of virus complications in New York children — up from 120 cases over the weekend — causing inflammation of blood vessels and extremities, mimicking symptoms similar to severe illnesses such as Kawasaki disease and toxic shock syndrome. The complications are affecting children in 16 states and six European countries from infants through age 21.

The governor repeated his hope the state to restart crowdless activities to boost the economy, including sports events without fans. Officials announced Monday they will work with major baseball, football, hockey, basketball and other sports franchises to televise games or make events possible during the pandemic.

“It depends on the economic calculus for different sports,” Gov. Cuomo said. “Some franchises can make this work easier than others.”