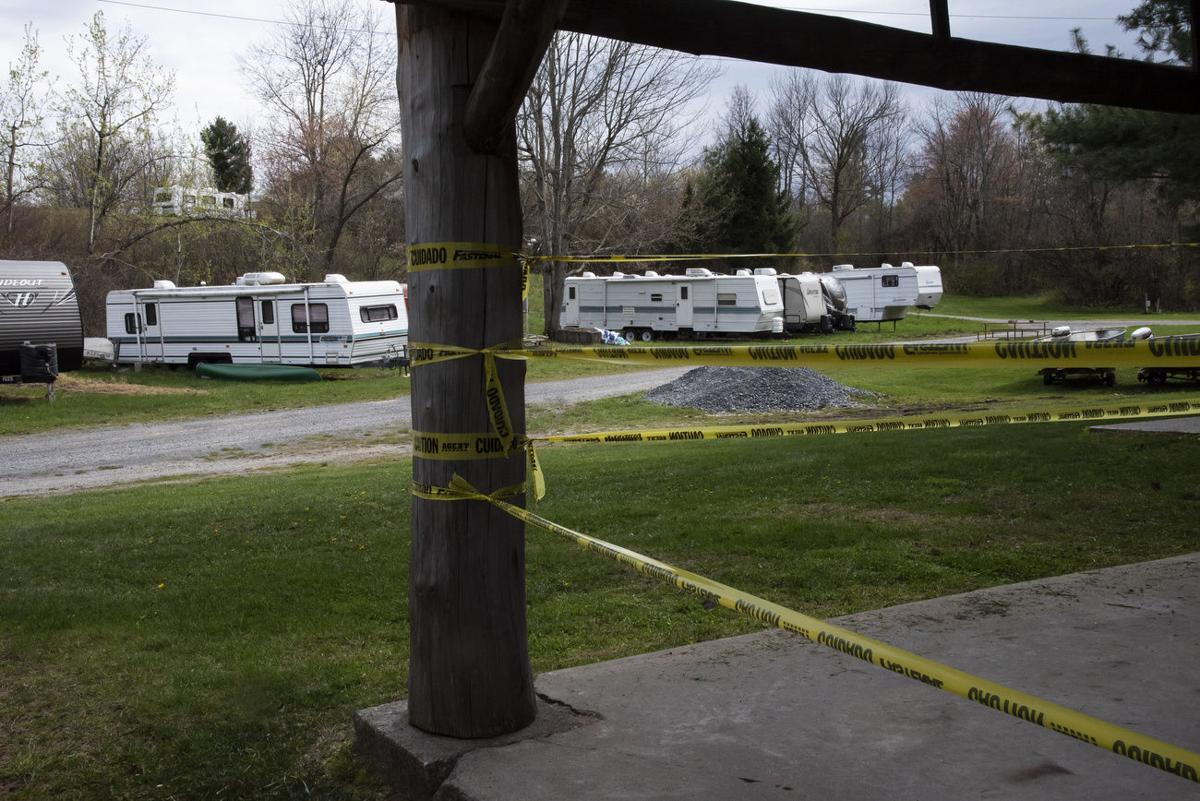 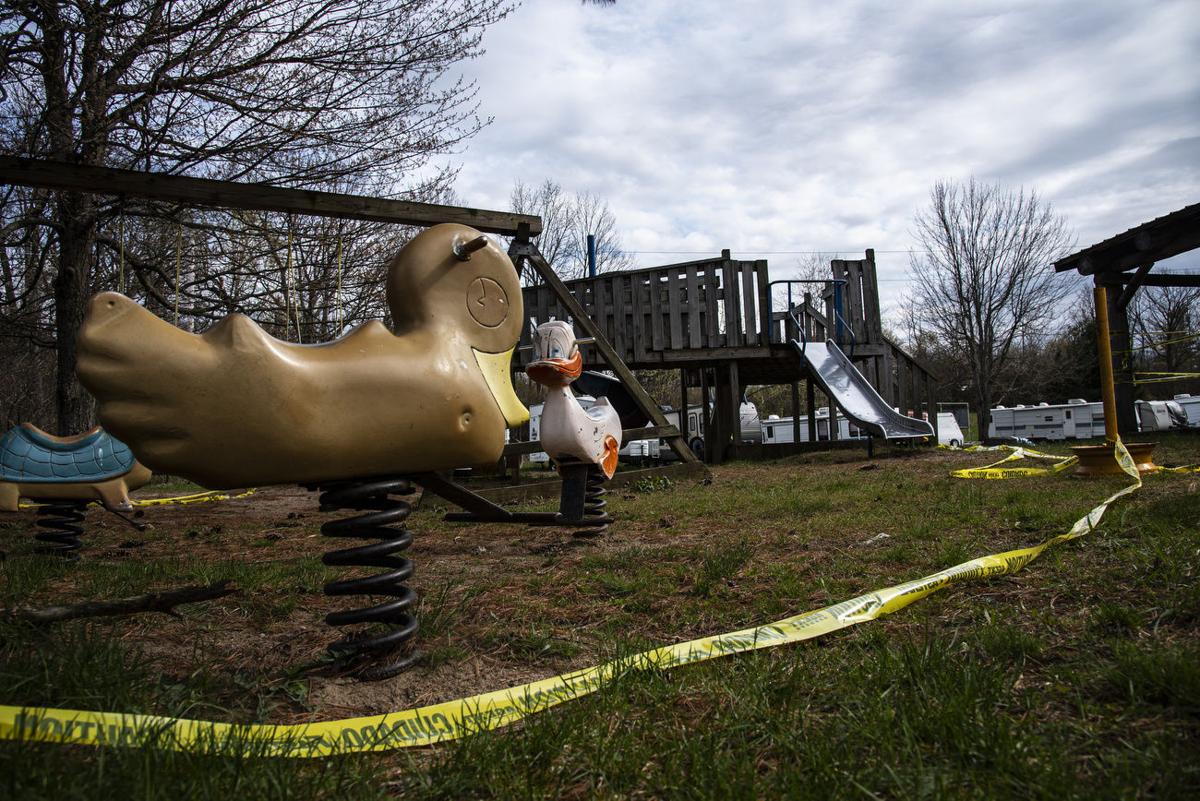 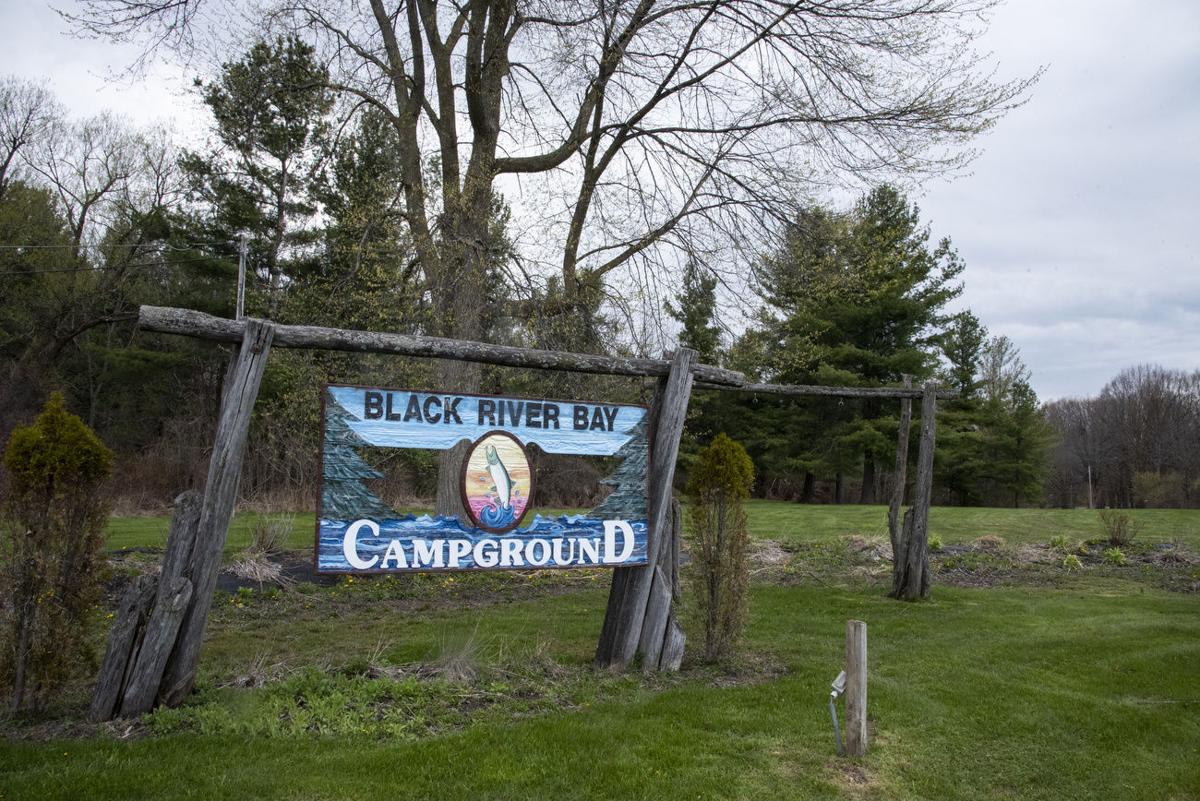 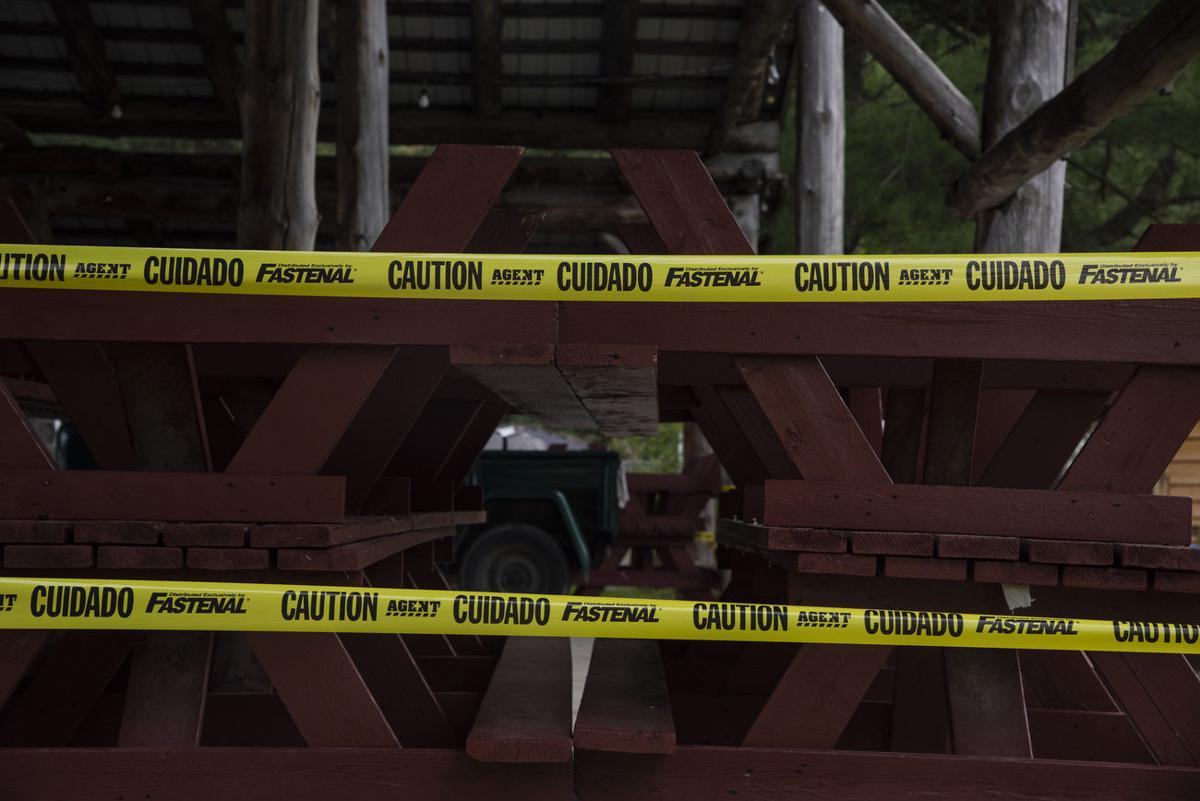 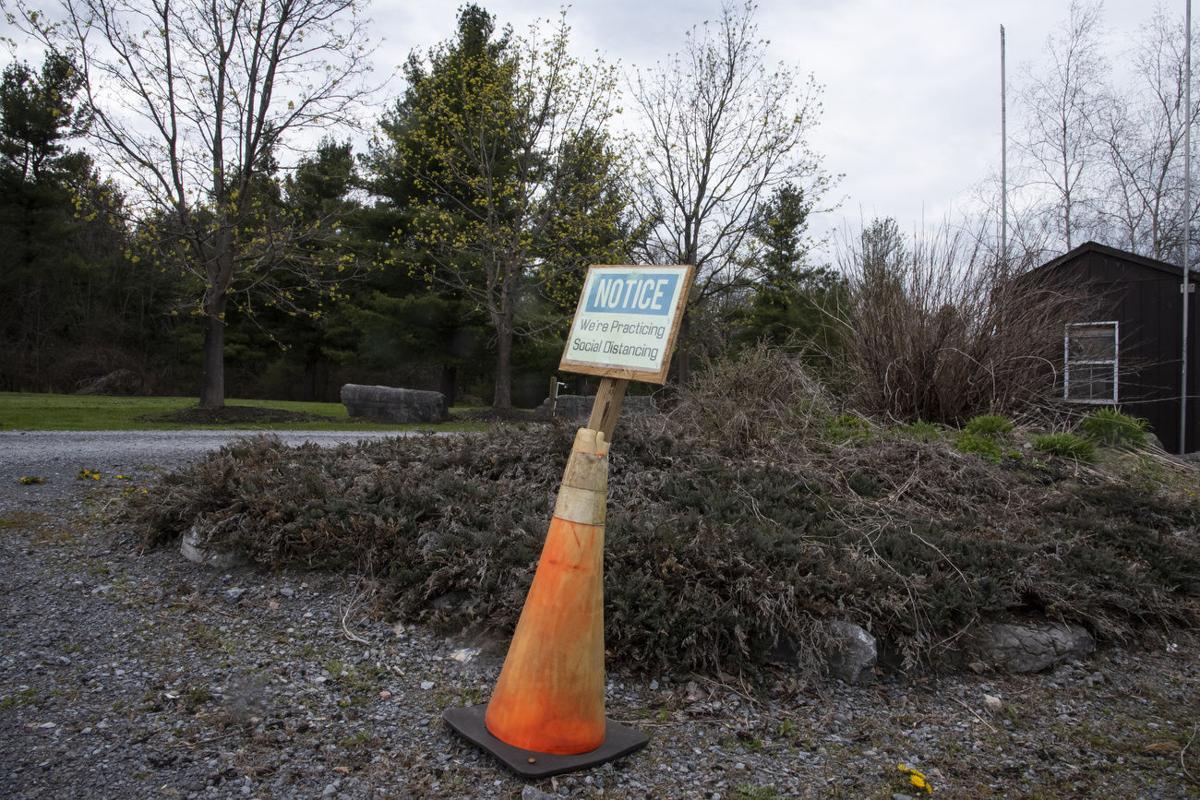 A sign is posted at the entrance of Black River Bay Campground in Dexter on Thursday. Emil Lippe/Watertown Daily Times 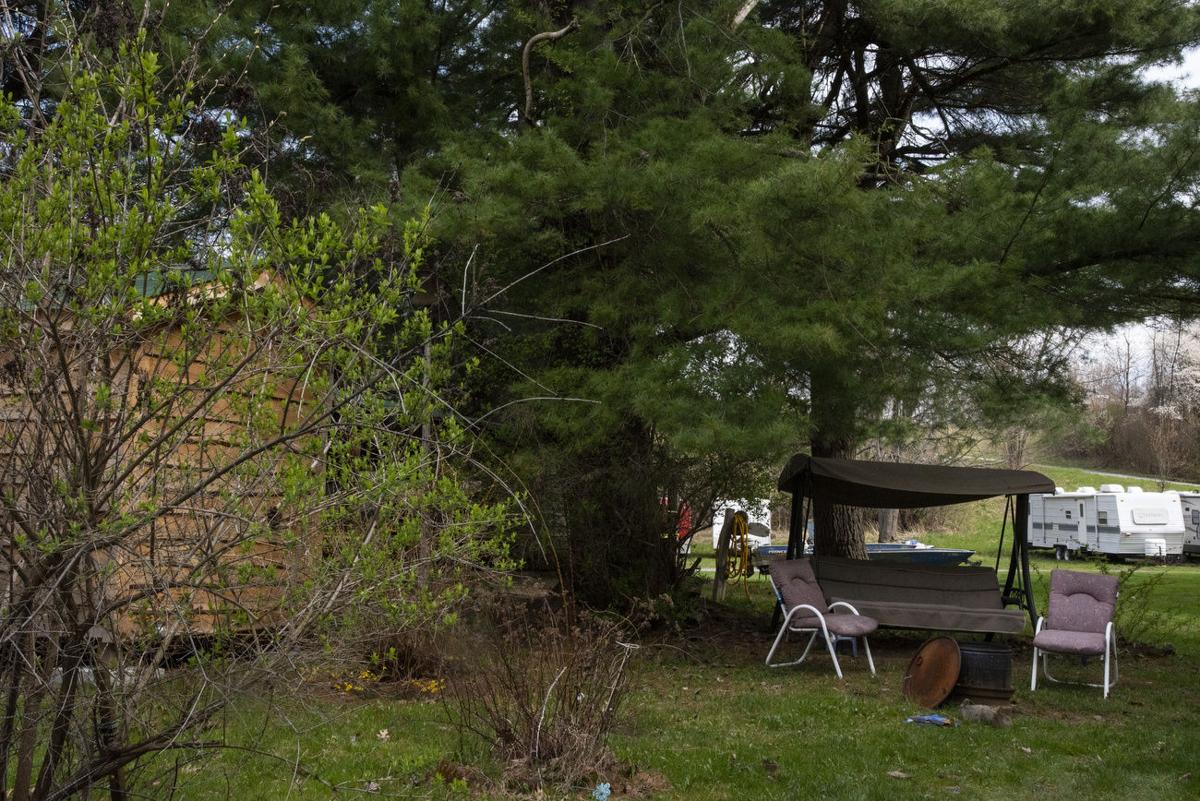 Chairs stand on the grass near a campsite at Black River Bay Campground in Dexter on Thursday. on Thursday. Emil Lippe/Watertown Daily Times 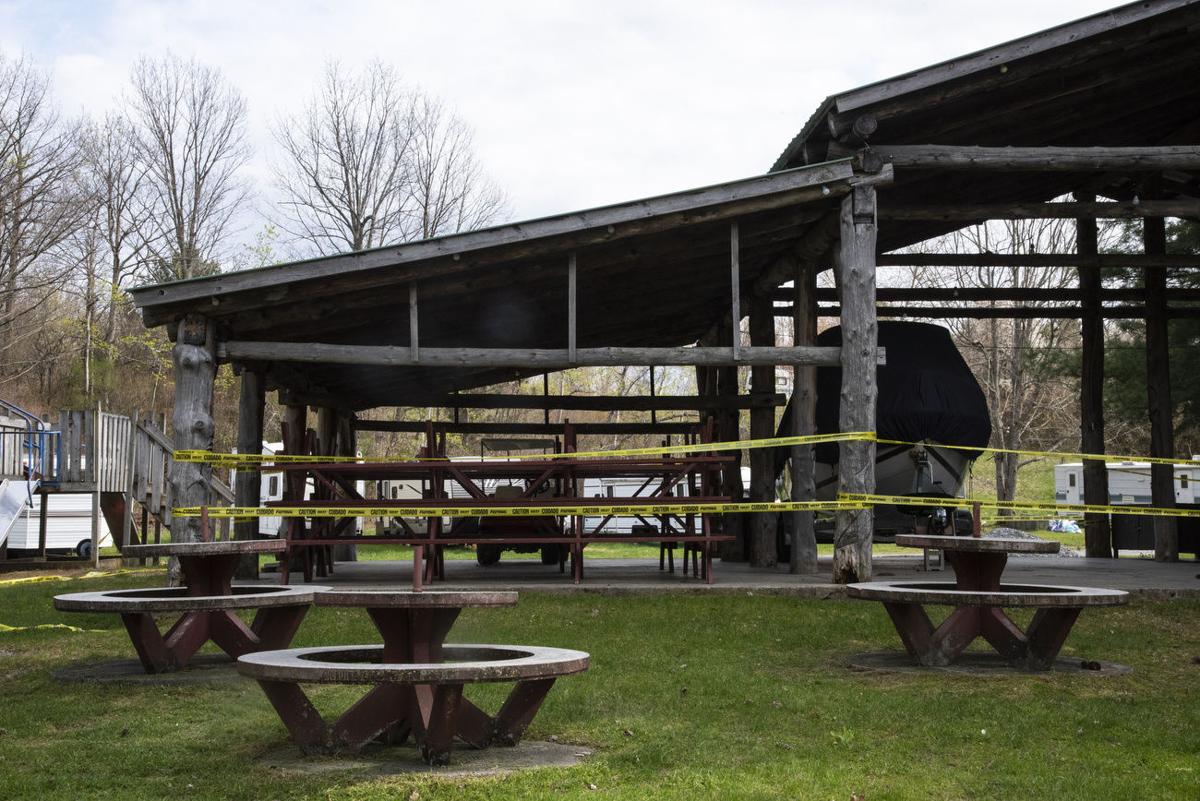 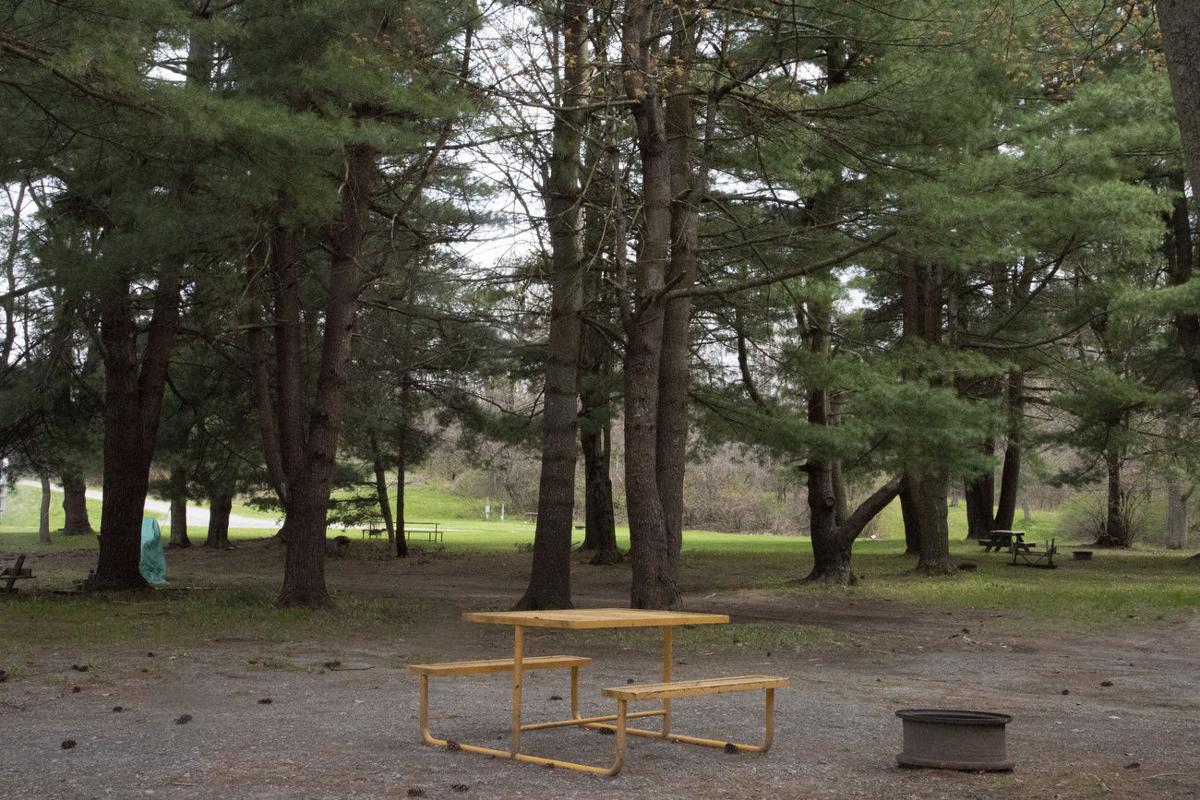 A table stands in an empty space at Black River Bay Campground in Dexter on Thursday. Emil Lippe/Watertown Daily Times 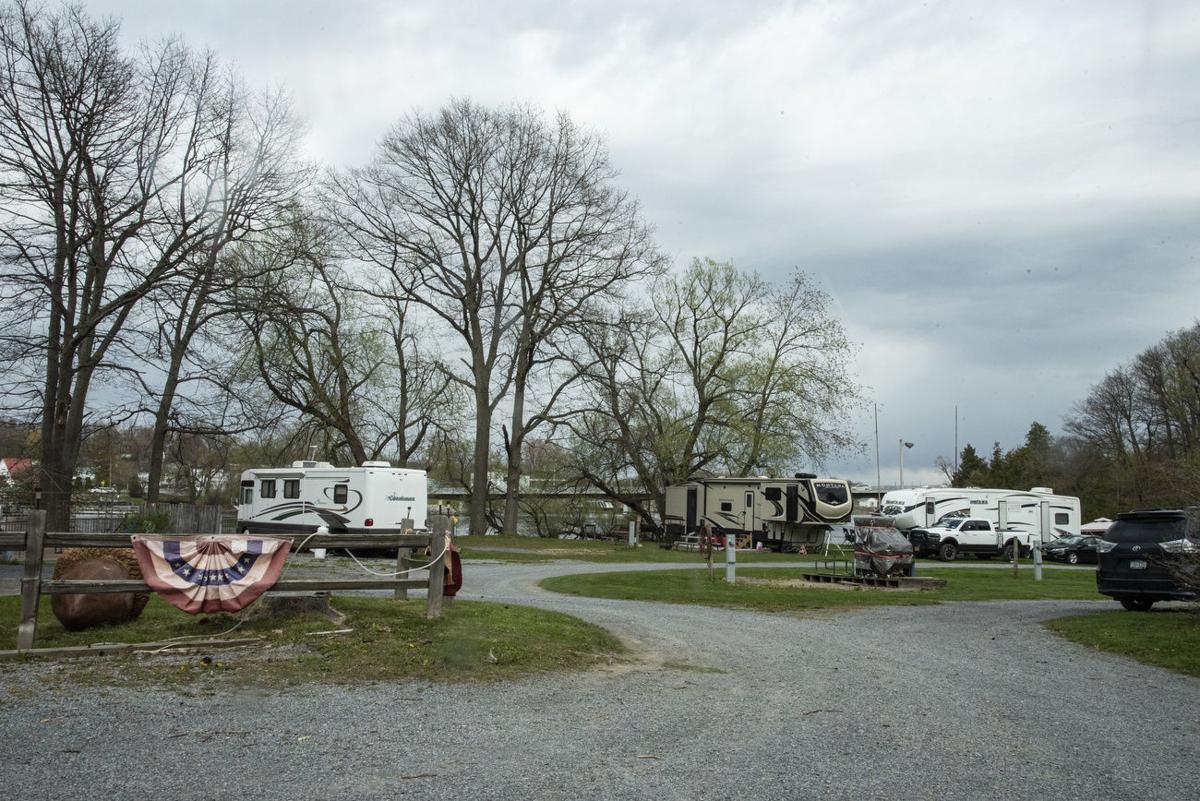 A sign is posted at the entrance of Black River Bay Campground in Dexter on Thursday. Emil Lippe/Watertown Daily Times

Chairs stand on the grass near a campsite at Black River Bay Campground in Dexter on Thursday. on Thursday. Emil Lippe/Watertown Daily Times

A table stands in an empty space at Black River Bay Campground in Dexter on Thursday. Emil Lippe/Watertown Daily Times

Don’t plan on pitching a tent at a state park during the Memorial Day weekend.

While camping enthusiasts want to get out to enjoy the outdoors, the state Department of Environmental Conservation says that DEC and state parks campgrounds will not be open for the Memorial Day weekend, May 23 to 25, because of the coronavirus pandemic. That means none of the 19 state parks in the north country will offer camping for what is traditionally the second-busiest weekend during the camping season.

Privately owned campgrounds throughout the state are open, but the pandemic is hindering the ways campers normally will spend their holiday weekends this year.

The state’s PAUSE order continues to have social distancing restrictions in place that impact the activities at private campgrounds.

Tammi L. Standford, who owns Bedford Creek Marina and Campgrounds, Sackets Harbor, and her husband would normally be gearing up for the big Memorial Day weekend.

But she’s waiting to hear whether Gov. Andrew M. Cuomo will drop the restrictions. Until then, the campground is strictly adhering to the social distancing guidelines and rules against gatherings.

“It’s day to day,” she said. “We’re waiting for him.” Only campers who have totally contained RVs and trailers — with bathrooms — are allowed to camp at the Allen Drive campgrounds. Tents aren’t allowed. The bathhouses remain closed. The picturesque beach is empty. The campground store isn’t staffed. Children aren’t having fun on the popular “Jumping Pillow” inflatable bounce trampoline. Private boat owners, however, can use the marina.

Opened about a month ago, the campground has been visited by seasonal campers who have driven from Rochester, Syracuse and other upstate communities to get their sites ready for the summer in hopes that the camping season can go on, Mrs. Standford said.

The 204-site campground on more than 57 acres would ordinarily be packed for the holiday weekend.

“The phone isn’t ringing,” she said.

Based in Pittsford, near Rochester, the Camp Owners of New York is advising its members on how to obey the COVID-19 rules during the pandemic. The camping industry is a $115 million business in the north country.

Donald G. Bennett Jr., president and CEO of the campgrounds association and a campground owner in Conesus, Livingston County, said the organization is making sure that owners are following what the state Department of Health and the CDC are saying, although individual counties are handling it a little differently.

Some allowed limited openings on April 15, while others started on May 1. Some of the restrictions for common areas of campgrounds vary, too, he said.

Depending on how the pandemic is going in the state, he’s optimistic that campgrounds should be back to almost full business by the middle of June.

Camping enthusiasts are itching to get out and enjoy their RVs, trailers and tents.

“I think people are really excited to be outdoors,” he said.

That showed when Black River Bay Campground with 150 campsites in Dexter opened for the season on May. 1. About half of the seasonal campers set up their homes away from home that weekend, owner Laura L. Todd said.

“We were quite busy,” she said.

Memorial Day, the Fourth of July, Labor Day weekend and its closing of the season are the busiest times during the camping season. Like others in the north country, the campground could not offer laundry services or have the store open, but it gave her some hope for the summer.

While private campgrounds are kind of open, the 19 state parks in the three-county region remain closed through May. Visitors with reservations will receive full refunds.

The state has suspended all new camping, cabin and cottage reservations for the 2020 season until further notice.

“We are assessing campground status on a daily basis. If you’ve made a reservation for the season beginning June 1, and we determine your campground is safe to open, your reservation will be honored,” according to DEC’s website. However, campers can still head to country and primitive camping on state land in the north country to enjoy the outdoors.

Cuomo needs to start thinking rather than reacting. Go figure the parks could reduce the number of sites to insure social spacing if that is really necessary. Make sure all campers come equipped with hand sanitizer, masks, etc.

The DEC is running this and it does not make sense. The state people are getting paid and should begin to go back to work.

This stuff is getting our of hand.

Of course we are not to be trusted to wear masks or stay 6 feet apart in the three million acres of woods we pay our taxes for.................our leaders are pathetic.

A statement like that is not likely to engender trust from those around you.

But then, perhaps that is your tactic to keep those people away.

This headline to this article should read: Safety prevails over Memorial Day camping.

You are aware that Benjamin Franklin is dead, right?