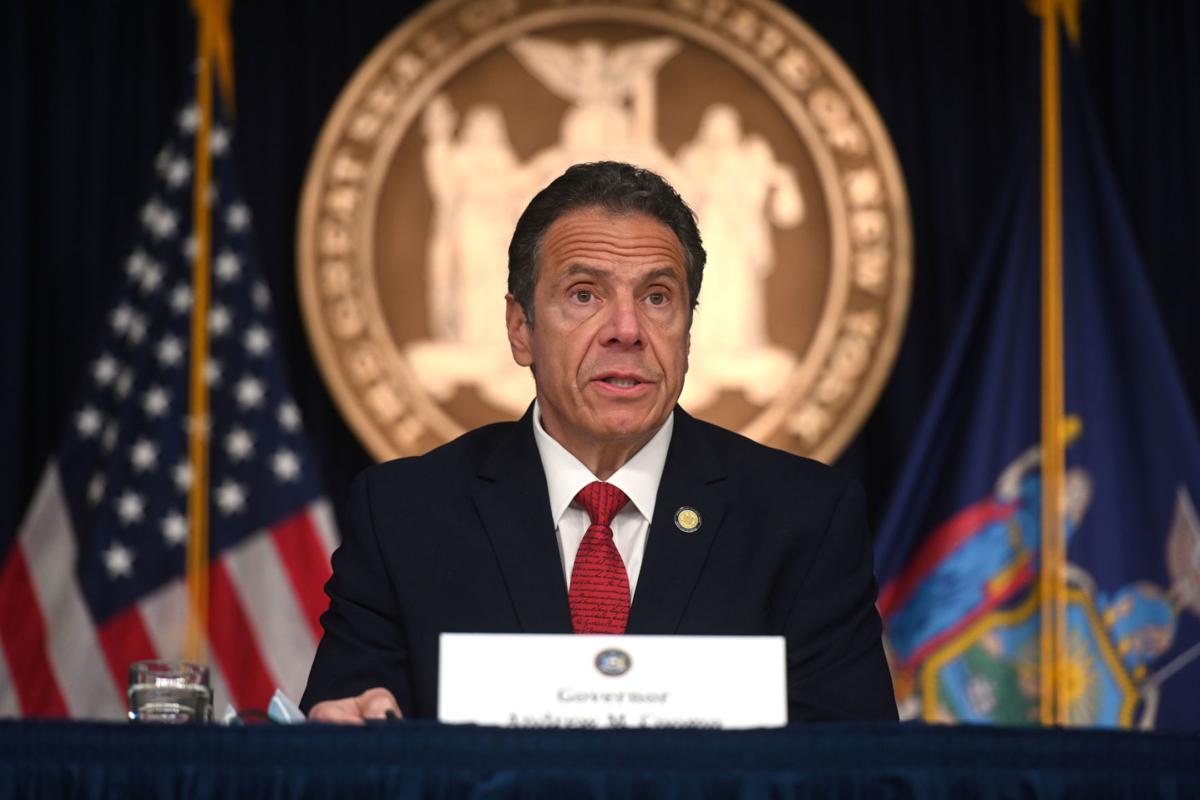 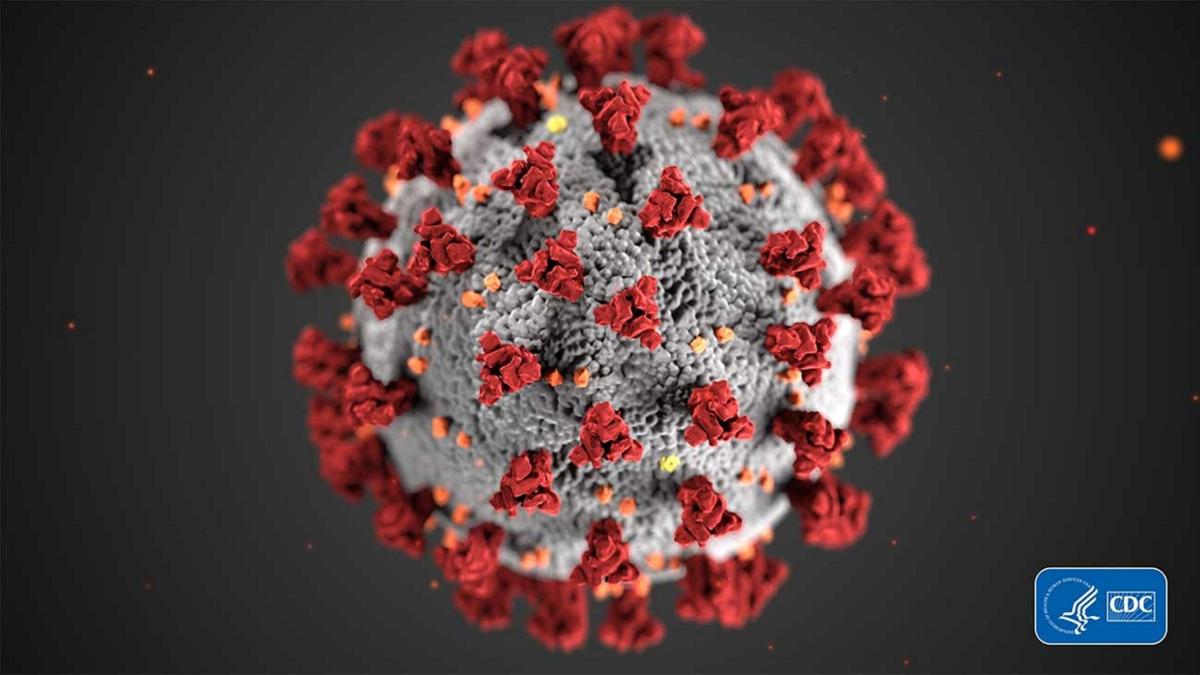 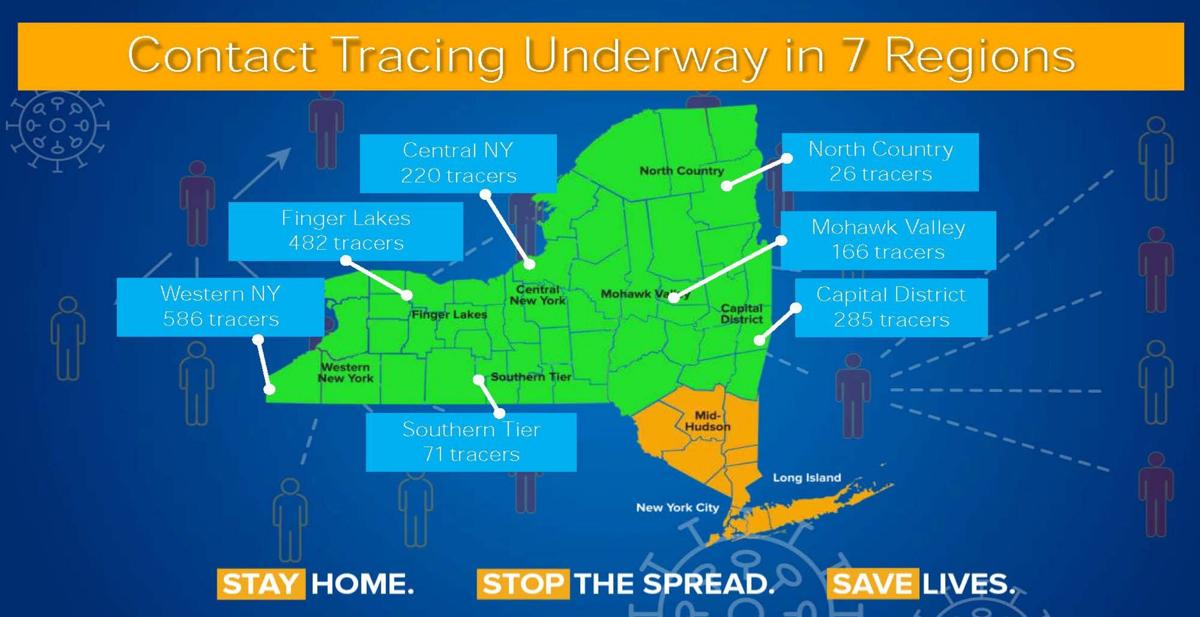 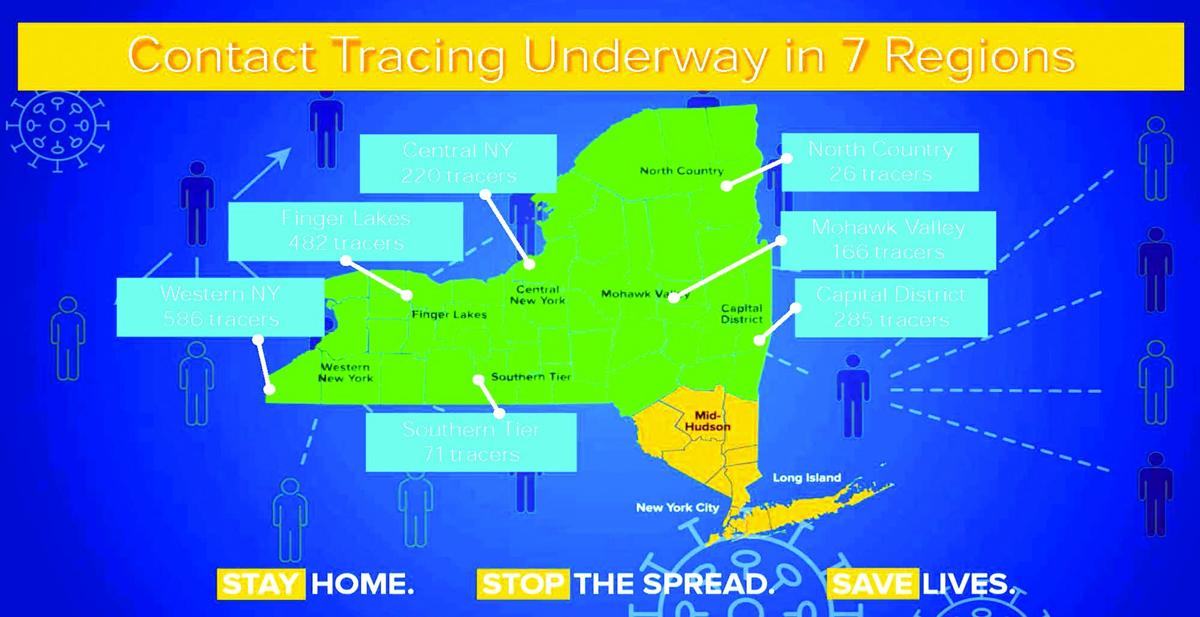 NEW YORK — Coronavirus transmission may be primarily airborne, national health officials said, as two downstate regions prepare to reopen and leaders announced Friday both houses of the state Legislature will reconvene next week.

New guidance from the Centers for Disease Control and Prevention (CDC) suggests the novel coronavirus, which was first discovered in humans in Wuhan, China, in December, is spread mainly from airborne sources, including respiratory droplets when an infected person coughs, sneezes or talks. The droplets can land in the mouths or noses of nearby people, or possibly be inhaled into their lungs, according to cdc.gov.

“If they’re right and the major transmission source is airborne, it takes you back to wear a mask,” Gov. Andrew M. Cuomo said Friday during a pandemic briefing at his Manhattan office. “First responders have a lower infection rate than the general population... Because they wear the mask and use the hand sanitizer.

“The mask can make the difference between life and death.”

The Mid-Hudson and Long Island regions could reopen next week if COVID-19 deaths continue to decrease and the regions hire and train their required contact tracers. Seven of the state’s 10 regions have started reopening with a control group of officials monitoring virus testing, tracing, hospitalization and death metrics each day.

The state permitted construction staging in Mid-Hudson and on Long Island in anticipation of resuming Phase I businesses, including construction, manufacturing, forestry, fishing, pickup retail and wholesale trades.

Committee meetings are scheduled to take place Tuesday with session scheduled for the following days. Lawmakers will utilize temporary rule changes adopted in March to hold proceedings with web-based teleconference and video conference. Strict social-distancing measures will be in effect.

“Over the last several weeks, my colleagues and I in the Assembly majority have been working in our districts to respond to the urgent needs of our communities brought on by this public health crisis,” Mr. Heastie said. “We were able to see firsthand what our communities need to get through this, and we look forward to passing legislation to address these issues and concerns when we convene next week.”

New York’s legislative session is scheduled to end June 2. Lawmakers must pass a measure to extend the session or convene a special session into the summer to continue to vote on legislation.

Some advocates and lobby groups have called for pay cuts for state lawmakers who would have been in session for most of the last two months as New York faces a $13.3 billion budget shortfall.

“While the work may look different, it very much continues,” Ms. Stewart-Cousins said. “For the past several weeks, senators and their staffs have worked tirelessly to aid their constituents as we all struggle with this crisis. From helping the hungry and unemployed, to virtual town halls and legislative hearings, to coordinating with state agencies, senators have continued working to serve New Yorkers and provide the government action and leadership needed during these difficult times.”

Gov. Cuomo supports the recreational legalization of marijuana, he said Friday, but will not move forward with it or other revenue-bolstering legislation, such as mobile sports gambling, during the pandemic.

“It’s a complicated issue and it has to be done in a comprehensive way,” the governor said.

For the past two months, Gov. Cuomo has pleaded with federal lawmakers to pass coronavirus legislation to financially assist state governments as New York faces a 20 percent cut to schools, hospitals and localities.

The state saw 109 virus-related deaths Thursday, including 82 in hospitals and 27 in nursing homes. The state’s coronavirus death rate remains flat after totaling 105 fatalities Wednesday, 112 on Tuesday and 105 on Monday.

The state does not include probable virus deaths in its COVID-19 death toll because the data are scientifically distinct, state Department of Health Commissioner Dr. Howard A. Zucker said, adding some states merge the numbers together. New York’s reported virus death count comes directly from statewide hospitals.

The state launched a $100 million loan program for small businesses, or the New York Forward Loan Fund, on Friday. The state will prioritize loans to businesses with 20 or fewer employees and less than $3 million in gross revenues.

Small businesses represent more than 90 percent of state businesses and are a priority, Gov. Cuomo said.

To apply or for more information, visit esd.ny.gov/nyforwardloans.

New York lost more than 1.8 million jobs in April, and the state’s unemployment rate soared to 14.5 percent in the wake of the COVID-19 pandemic — up more than three times from 4.1 percent in March.

The spike of 10.4 percentage points is the largest monthly increase since record-keeping began in 1976, according to the state Department of Labor. The department released a report with updated statistics late Thursday. Gov. Cuomo and his aides did not discuss the figures at Friday’s briefing.

State beaches and lakefronts opened Friday and are scheduled to remain open through the Memorial Day weekend. All will operate at 50 percent capacity with concessions closed and group activities prohibited.

The governor encouraged New Yorkers to remain vigilant with social distancing and wearing masks or facial coverings over the holiday weekend.

New York is conducting more than 40,000 coronavirus diagnostic tests each day at more than 750 sites statewide. The state launched a pilot program Friday with 52 independent pharmacies to conduct 7,000 tests per week.

Contact tracing continues in the seven regions that started reopening, with 285 tracers in the Capital District, 26 in the north country and 586 tracers in Western New York. State officials will share an online curriculum with other states to train contact tracers. The curriculum was developed with Bloomberg Philanthropies and the Bloomberg School of Public Health at Johns Hopkins University.

More than 92,000 people voted as of Friday afternoon for their favorite 30-second video as part of the state competition explaining why people should wear a mask in public. Votes are accepted through Monday. The winning video will be used as a state public service announcement.

To view the top five videos, vote or for more information, visit wearamask.ny.gov.

Many of the best universities offer a course addressing the history and philosophy of science prior to advancing to post graduate work in any of the sciences. This course is beneficial because having a firm grounding in the scientific method and in its application is foundational to science. Scientists are expected to understand that in order to make progress, we need to have an agreed on process for the advancement of knowledge.

Science makes progress empirically. It does so by making careful observations, acquiring information, questioning both what is observed and also questioning the possible bias or cognitive assumptions of the observer. Using the scientific method, one begins by having a question, checking out what can be found out about the subject (research), making a hypothesis, conduction experiments, recording what is found, and making a tentative conclusion. Then of course, the scientist looks to see if the experiment is reproducible, if the data collection is potentially flawed, if the hypothesis is reasonable, and on and on. This takes time, cooperation, rigorous skepticism, and insight. Real progress in science is slow and methodical.

Scientific advancement is not based on the personality or powerful position of the presenter, on those who willy nilly spout off opinions claiming "free speech", or indeed on wishful thinking. This sort of posturing is anathema to a scientist.

True scientists ask a lot of questions and then they go on to question the answers they find. They welcome challenges to their assumptions and findings. They are always looking to improve their methods.

This is the CDC’s position on Information Quality: https://www.cdc.gov/os/quality/support/info-qual.htm

So we can ask, has the CDC ever provided information that later is found to be incorrect? Yes. We should assume that this will always be possible – even if we are pretty sure we’ve finally got it right. That’s just part of the process because another of the functions of the CDC is to advise us of what we believe to be factual SO FAR.

Their job is to provide what is the best information found at the time.

No scientist would assume that what we think we know today is all we will ever know. If someone actually studied in one of the STEM fields, this concept would be readily understood.

The CDC hasn’t been right on just about everything regauthe China Wuhan Flu.

Pretty much says it all...

good, now ask yourself who's in charge of the agency.

Well yeah, that's what the CDC says but what do they really KNOW?

What does the Dear Leader say?