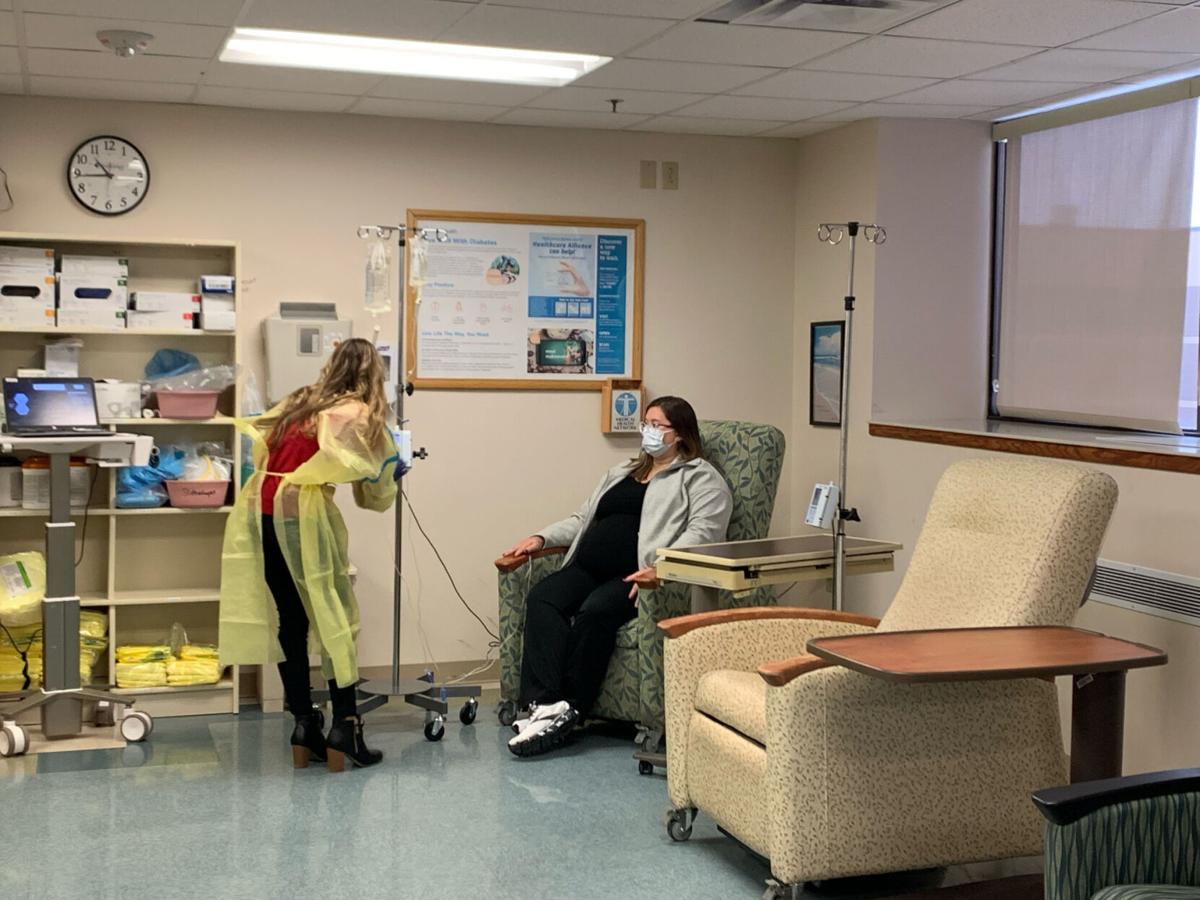 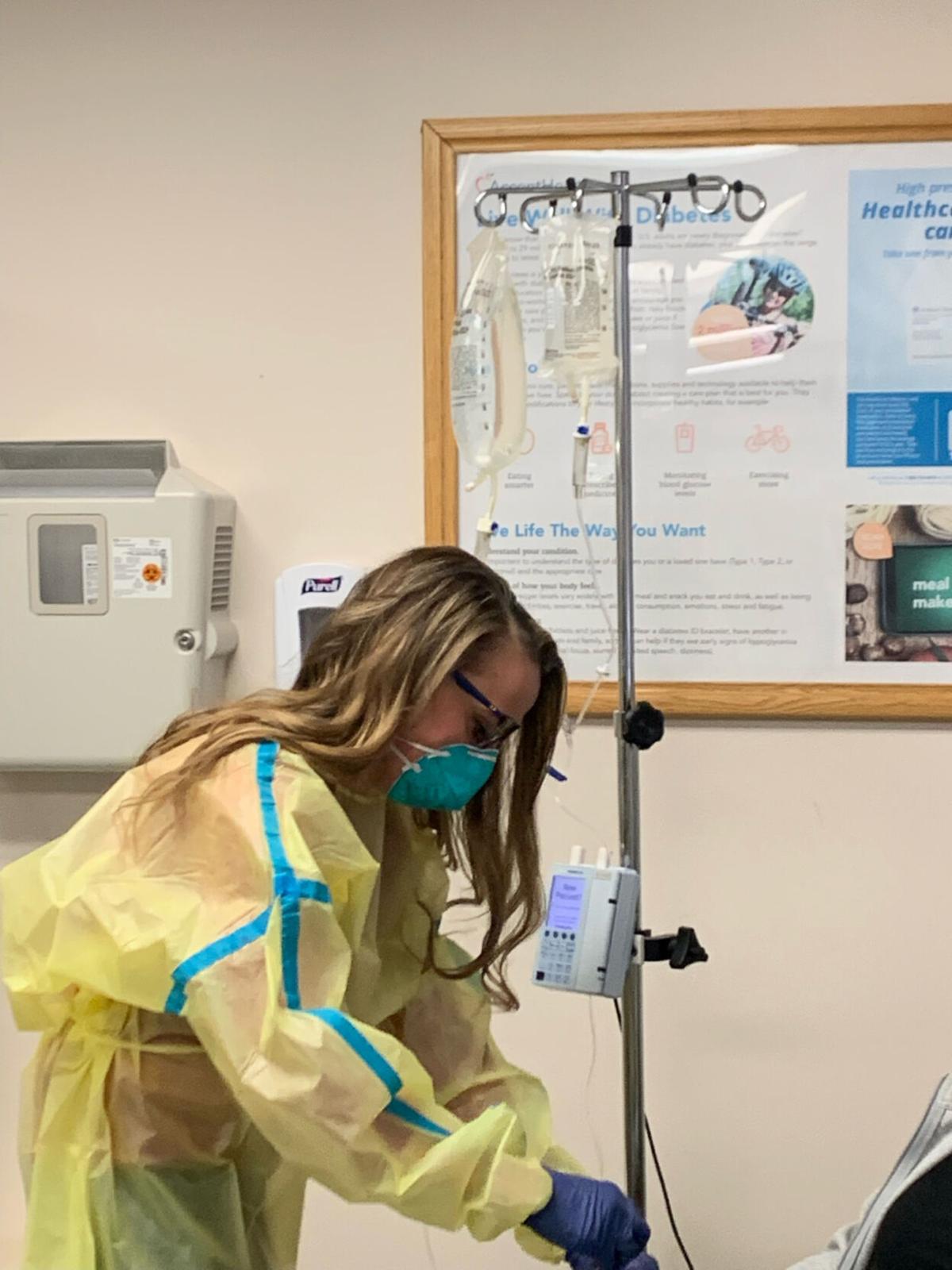 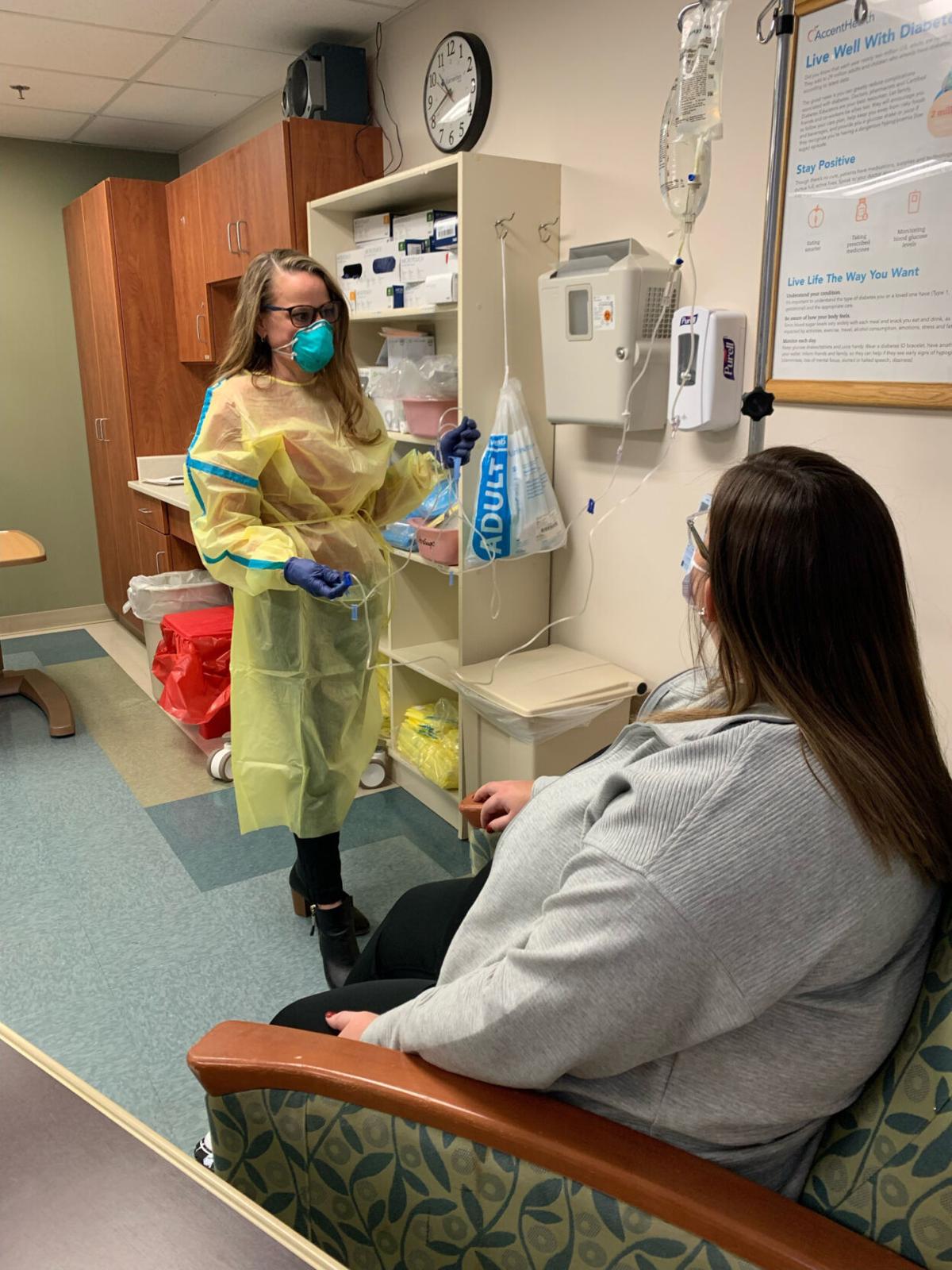 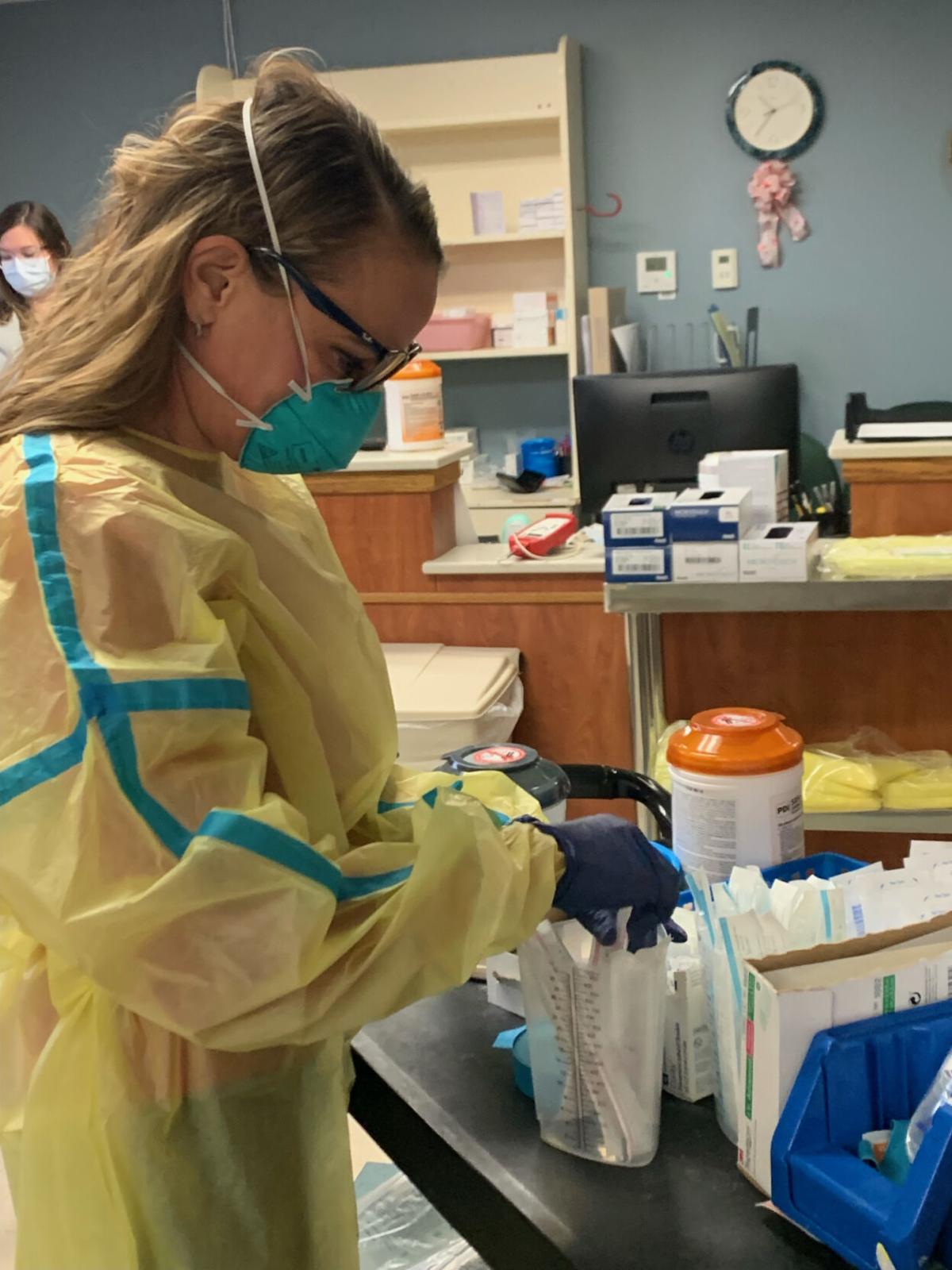 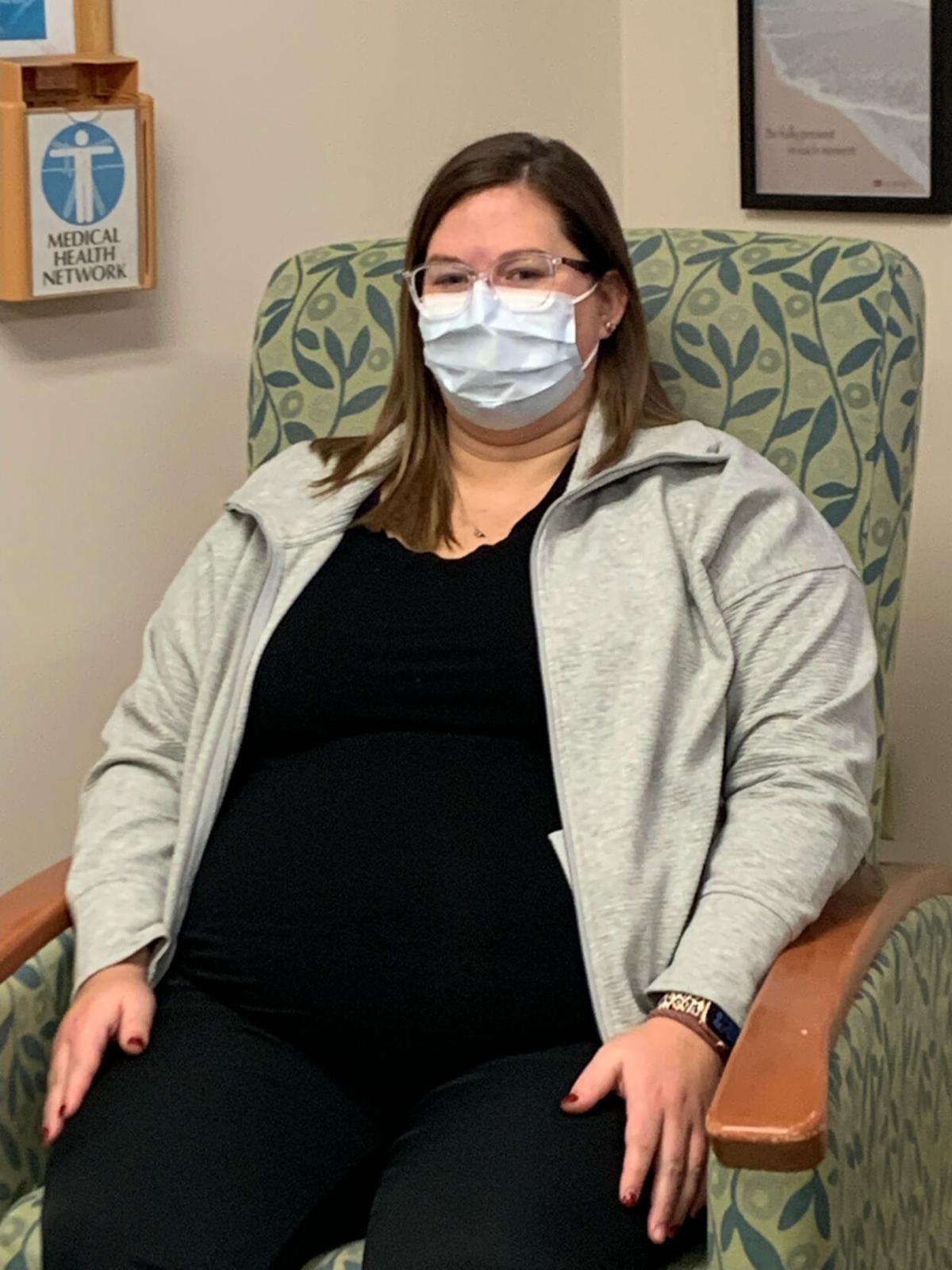 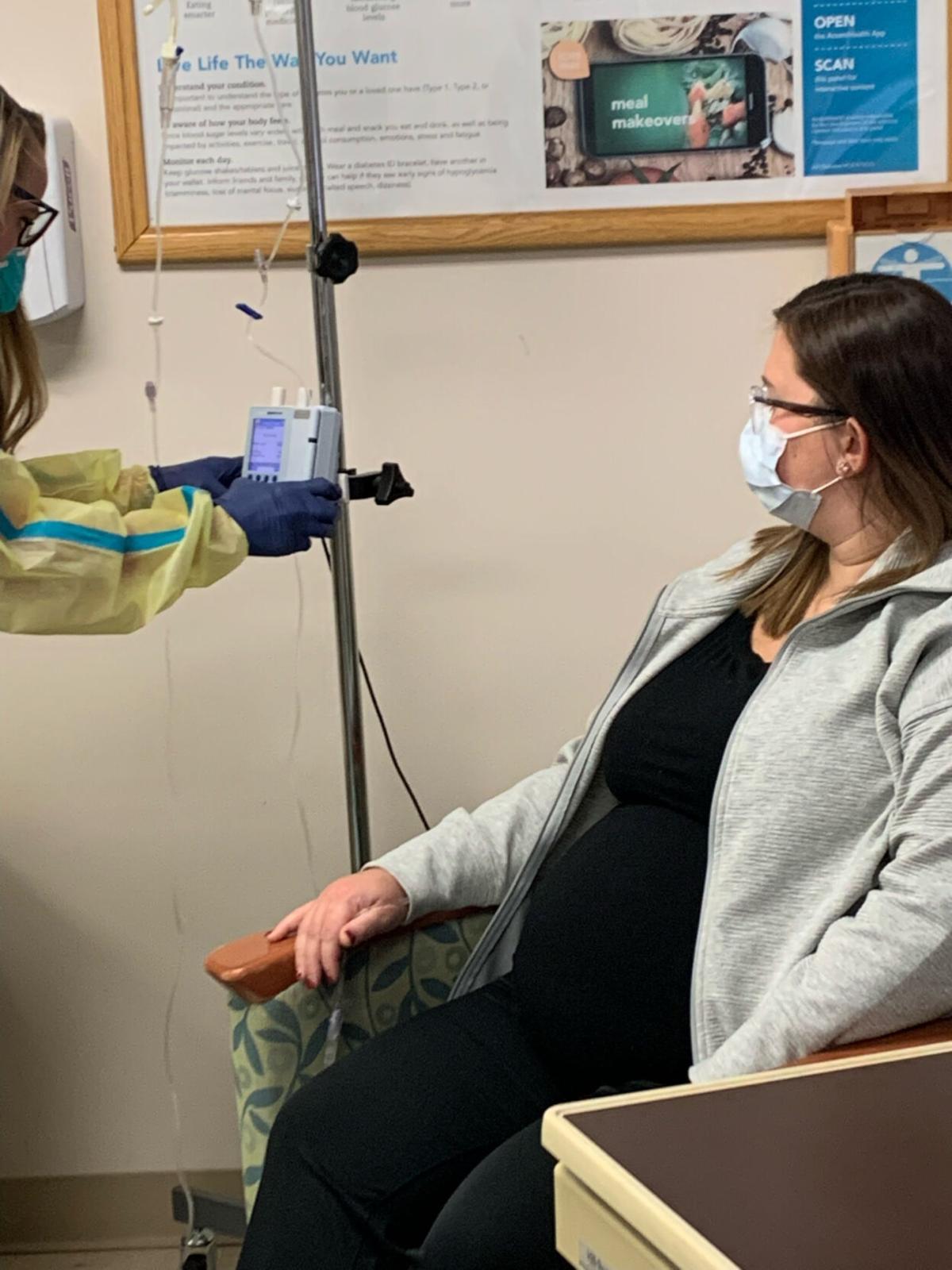 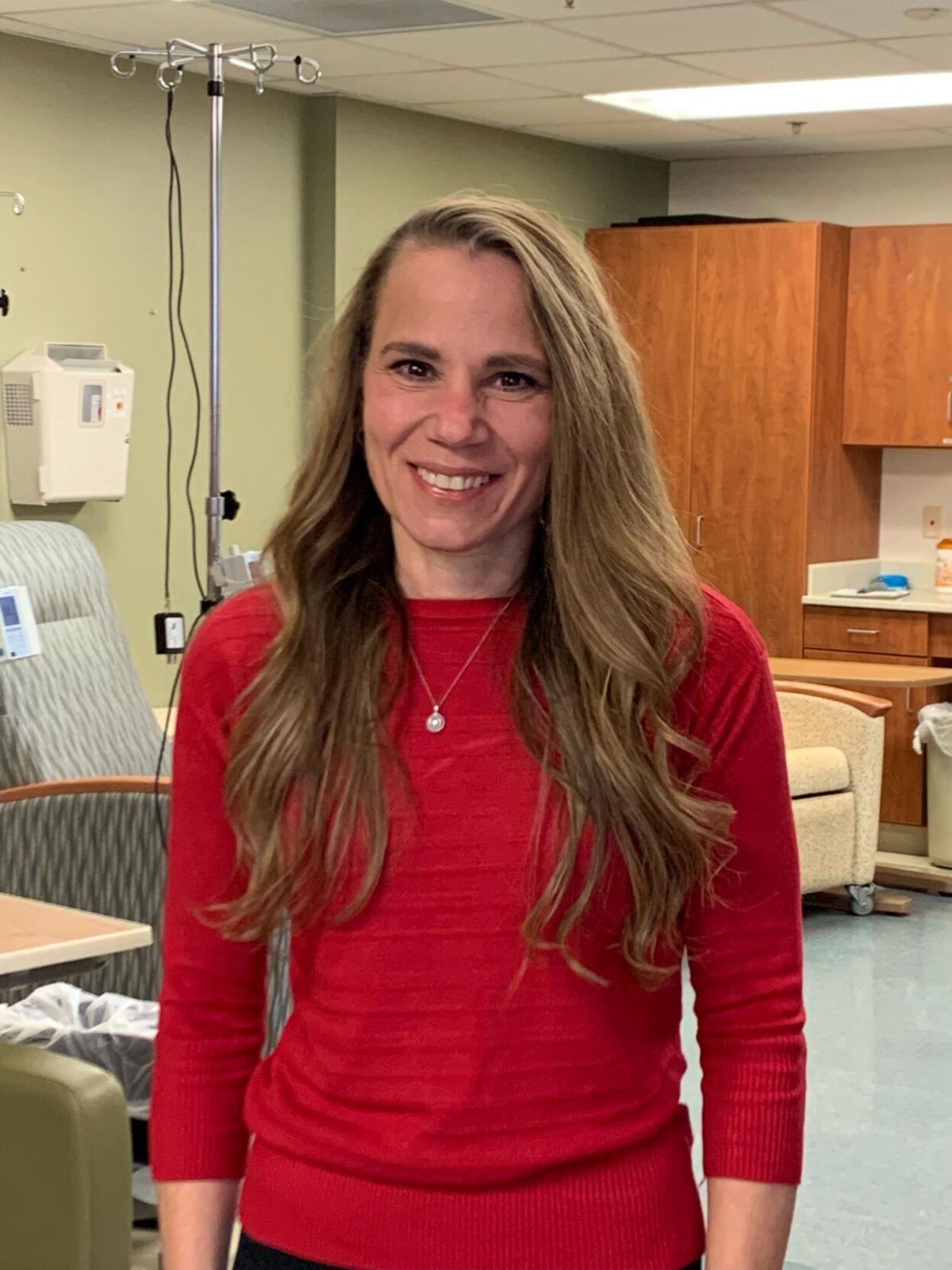 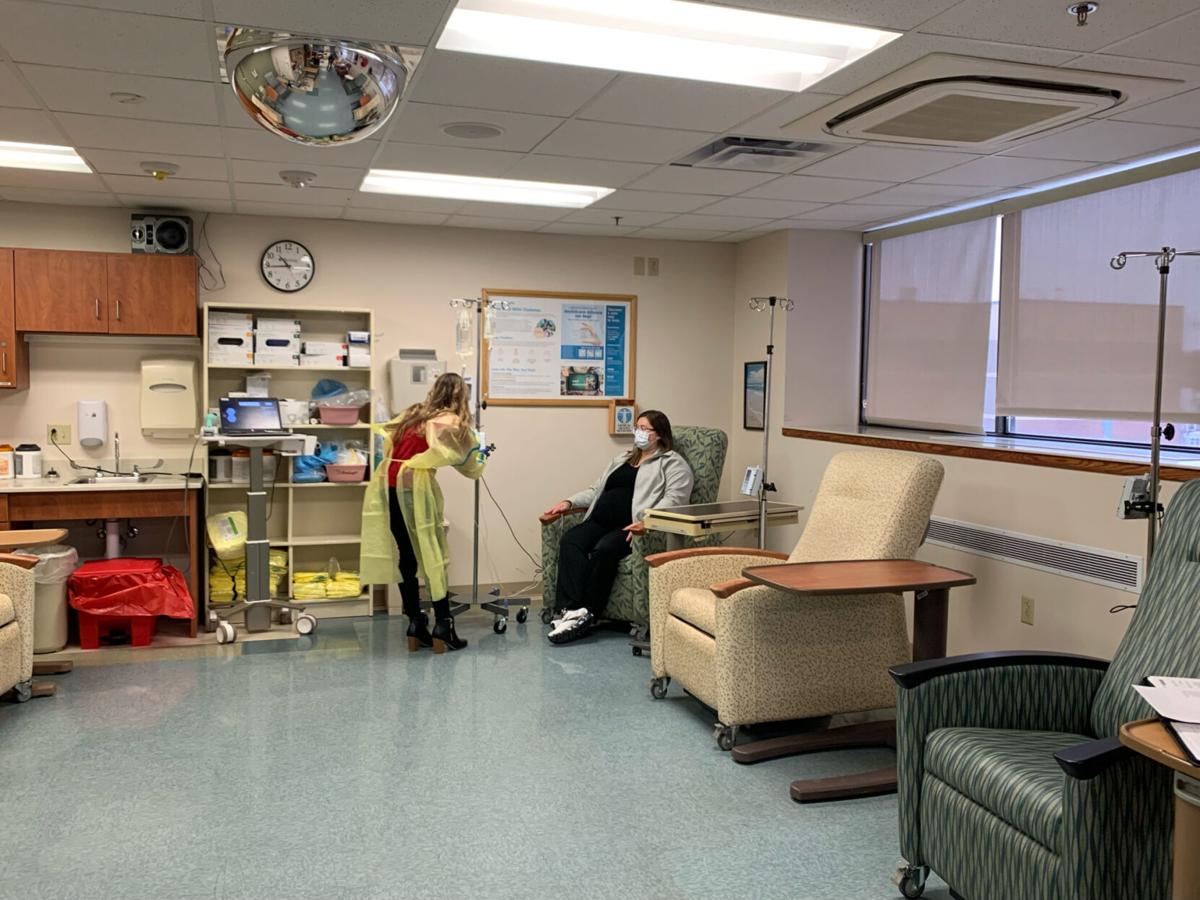 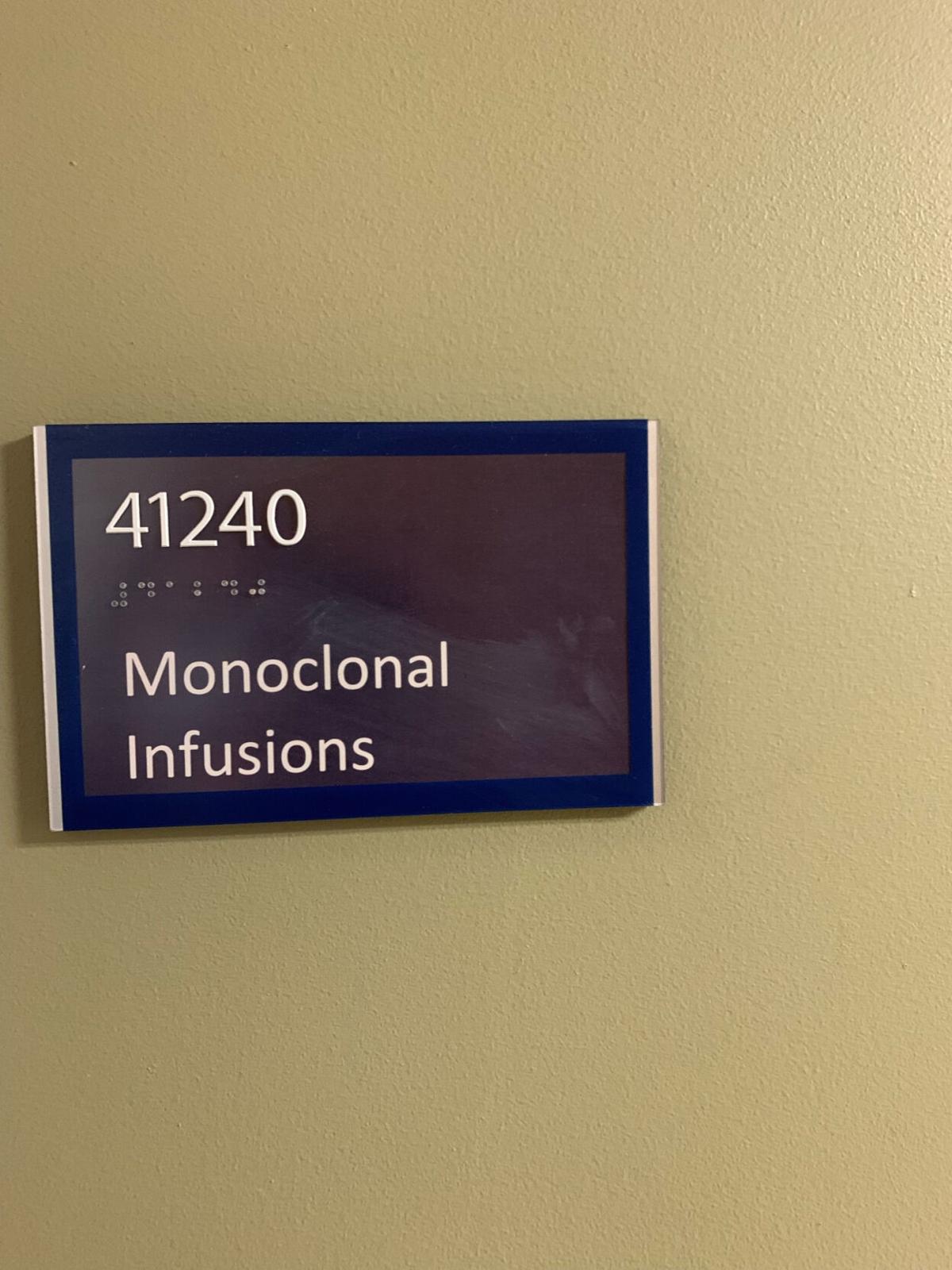 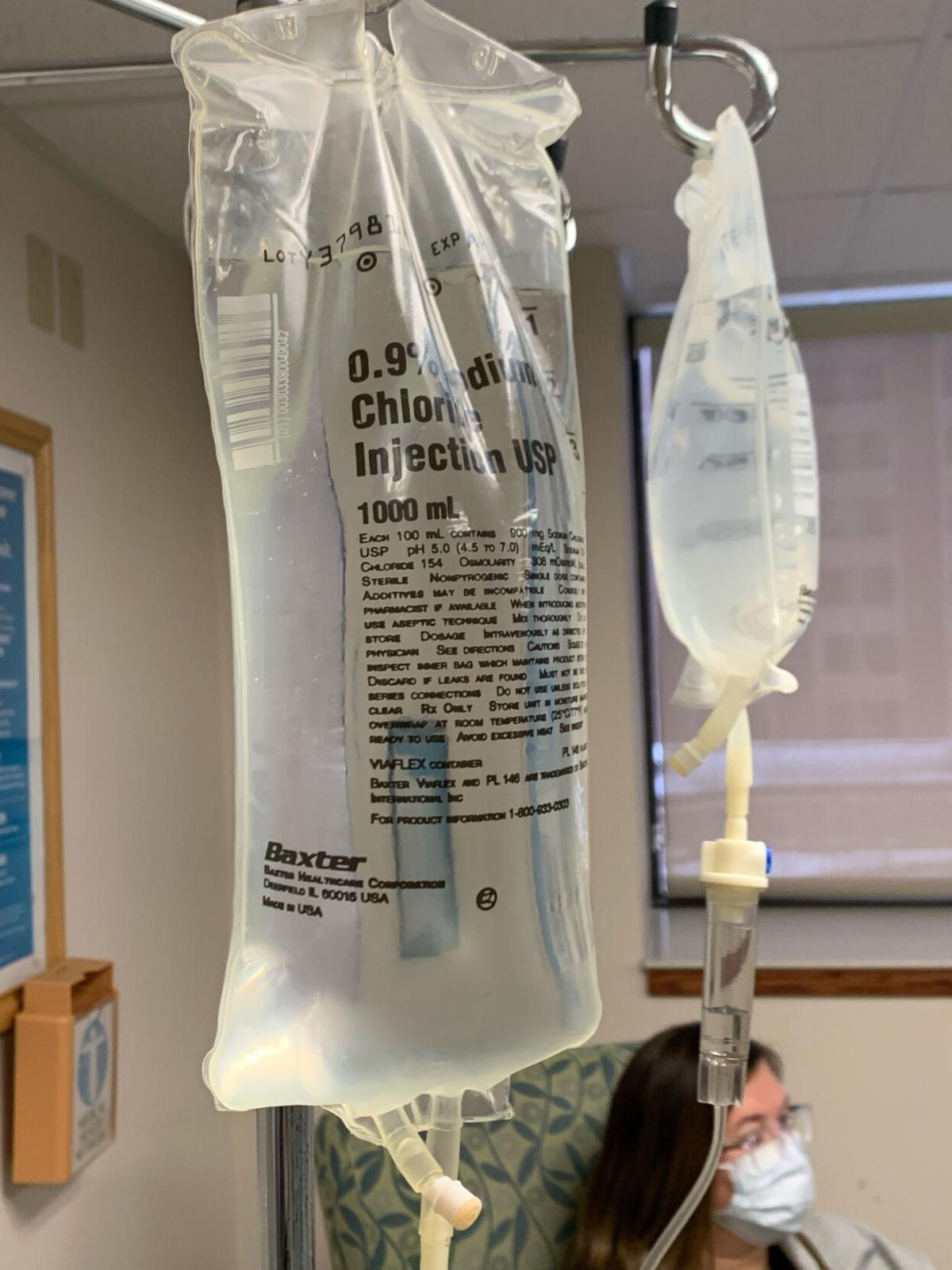 A monoclonal antibody therapy treatment for COVID-19 is prepared with a bag of saline at Samaritan Medical Center on Tuesday. Provided photo

A monoclonal antibody therapy treatment for COVID-19 is prepared with a bag of saline at Samaritan Medical Center on Tuesday. Provided photo

WATERTOWN — For people experiencing severe COVID-19 symptoms, the monoclonal antibody therapy offered at Samaritan Medical Center can be a lifesaver.

But for people infected with the Omicron variant of the coronavirus, it may take a while before the right treatments are available.

Kelly A. Harrienger is a nurse at Samaritan, and her duties include overseeing the infusion treatments given to patients who are referred by their primary physicians.

“It’s fabulous,” she said of the antibody infusion treatments. “We’ve done a lot of follow-up calls with patients, and they say within 24 to 28 hours, it’s like night and day, they feel a lot better.”

One of those patients is Haley Reff, who is also a Samaritan nurse. In November, she tested positive for COVID-19, and the symptoms quickly set in.

She was also 19 weeks pregnant. When her test came back positive, the hospital recommended she pursue the monoclonal antibody treatment if her doctors suggested it. Both her primary care physician and her OB-GYN said it was a safe option, and she had an appointment scheduled days later.

The treatment itself is an intravenous infusion of cloned antibodies, selected for their ability to target the protein spikes on the outside of the SARS-CoV-2 virus, which causes COVID-19. Once the antibodies bond to the virus, they prevent it from entering the patient’s cells and replicating, according to the U.S. Department of Health and Human Services.

Mrs. Reff said she was looking for any option to ease her symptoms and didn’t expect much when she sat in the chair for her hour-long infusion. But after she was finished with that and the additional hour of observation, she started to feel better quickly.

“I recommend it to anyone I know who tests positive,” she said.

The numbers indicate the treatment’s efficacy, too. According to Samaritan spokesperson Leslie M. DiStefano, only 3.4% of patients who receive the treatment have to come back to the hospital later.

“That’s a real win, that this treatment is keeping people out of the hospital, in their homes to recover, and they don’t need to come here for an inpatient stay,” Mrs. DiStefano said.

Keeping people out of the hospital for long-term stays is the ultimate goal, as the national hospital system creaks under the weight of hundreds of thousands more patients than are typically treated. North country hospitals have hovered around 80% to 90% full in recent weeks.

Mrs. Harrienger said Samaritan has been rapidly treating people with monoclonal antibodies for months, sometimes as many as 24 people a day for a total of 794 patients treated, but are slowing down as stocks of the right drugs dwindle.

The state recently ordered that monoclonal antibody treatment be prioritized to those who need it most, so not everyone who tests positive and experiences symptoms can receive it. Staff shortages in the health care sector have made it difficult to get nurses to run the infusions.

Further complicating the situation, the Omicron variant can only be treated with one monoclonal treatment as of now. Sotrovimab, produced by GlaxoSmithKline, seems to work well against the Omicron variant, while previous versions of the infusion that worked for the delta variant infections don’t have much of an effect.

“We have a very small supply, and the federal government and New York state are predicting a shortage of supply at this point, until they can get them made readily available,” Mrs. DiStefano said.

For now, people who test positive for COVID-19 should talk with their doctors about all potential treatment options, especially if they start to experience strong symptoms. Mrs. DiStefano said anyone referred for monoclonal antibody treatment will be evaluated against everyone else referred. Only the highest-priority patients will be able to receive doses.

The loss of a tool that has kept more than 700 people out of the hospital could mean more people at the hospital again, but Mrs. DiStefano said the recent rollout of two new pill-form antiviral COVID-19 drugs should help.

“Two pharmacies locally will be administering that oral medication, so that should help,” she said. “There’s proven data to show that they reduce hospitalizations. We think, between the current infusion treatment and then the oral medication through the pharmacies, we should have some reprieve.”