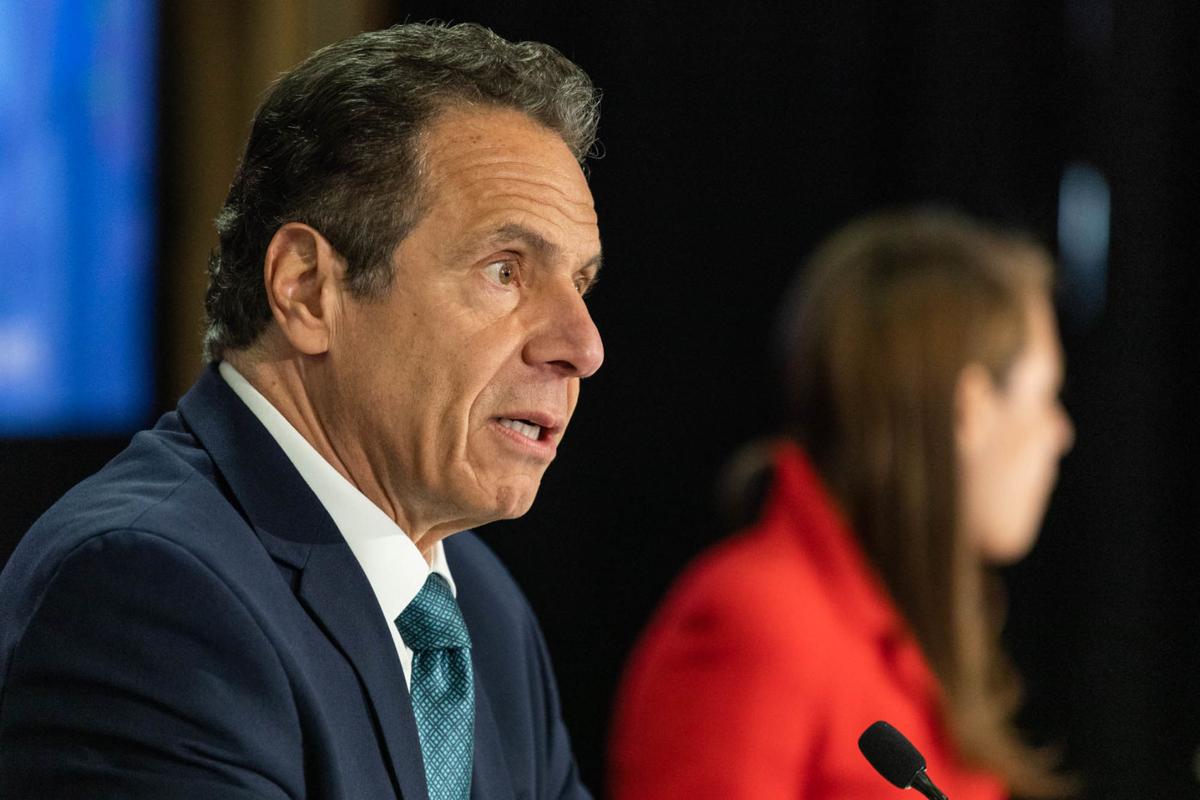 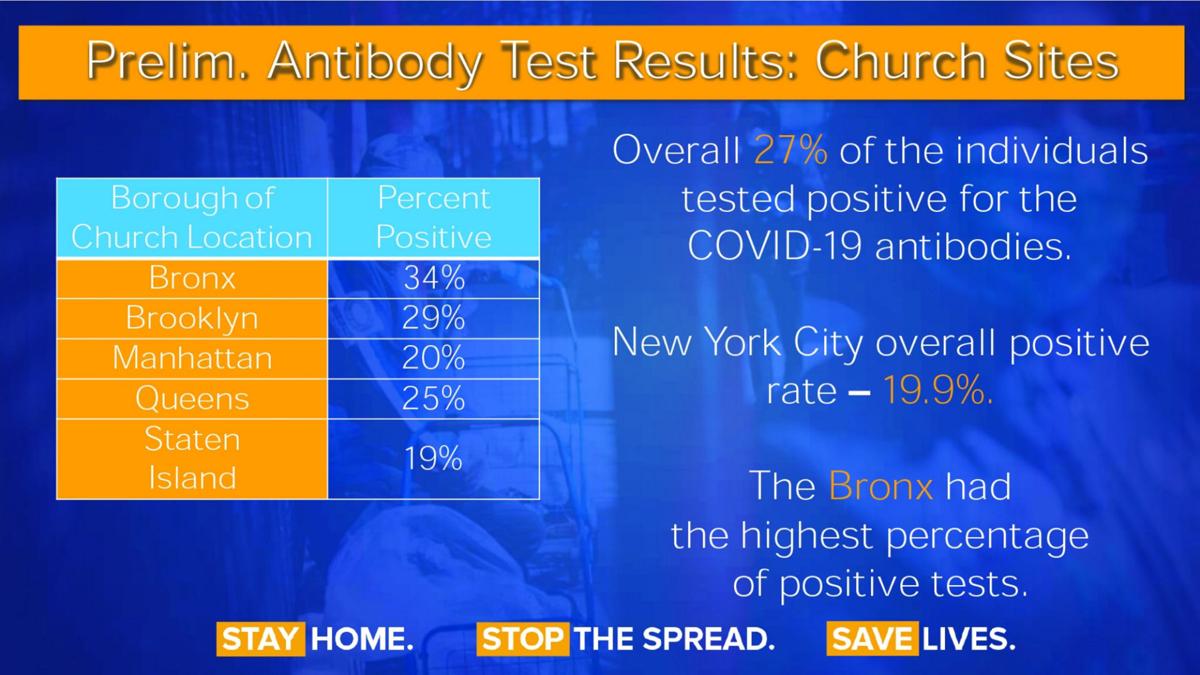 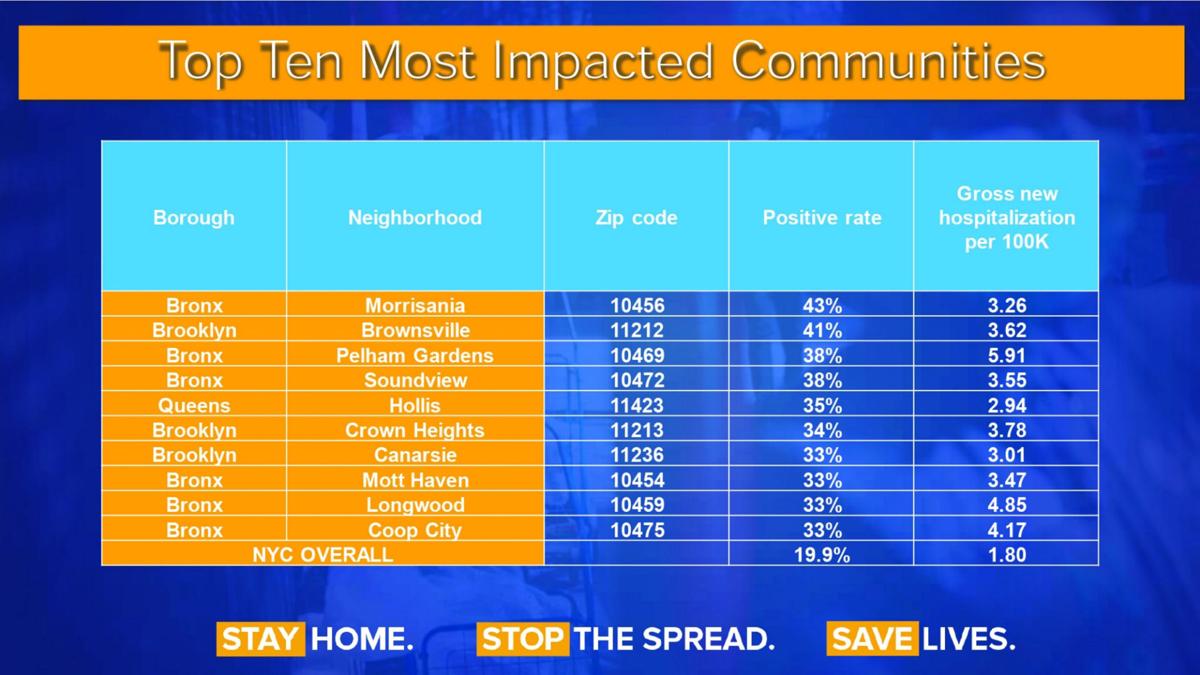 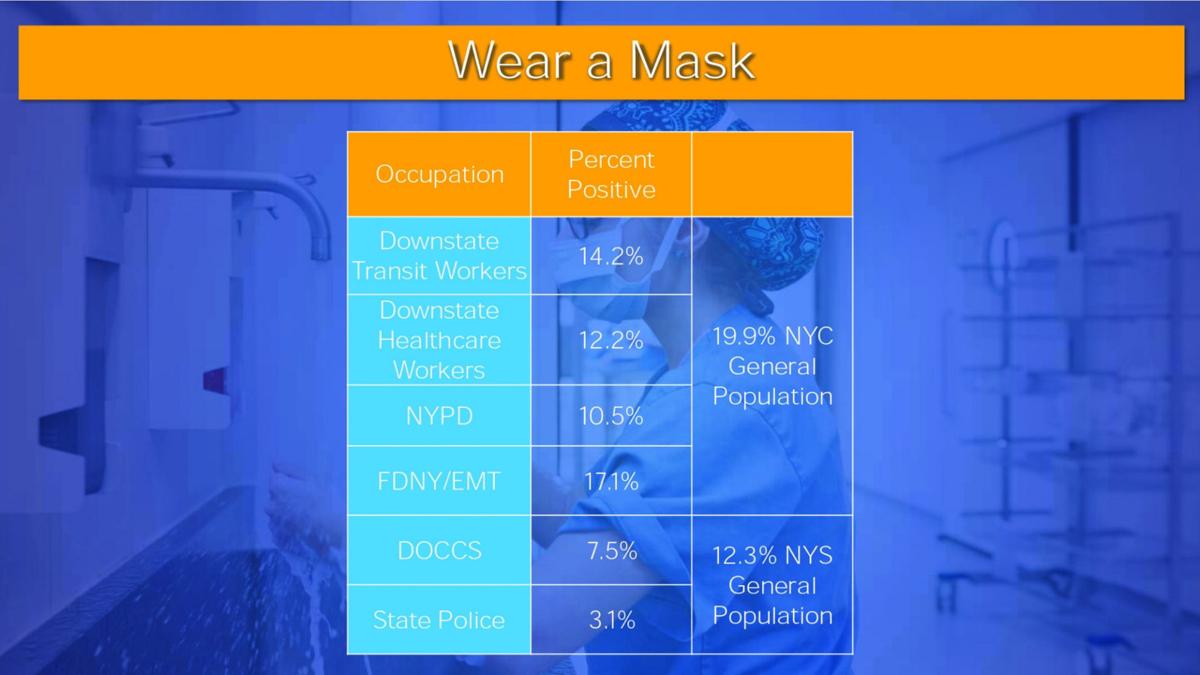 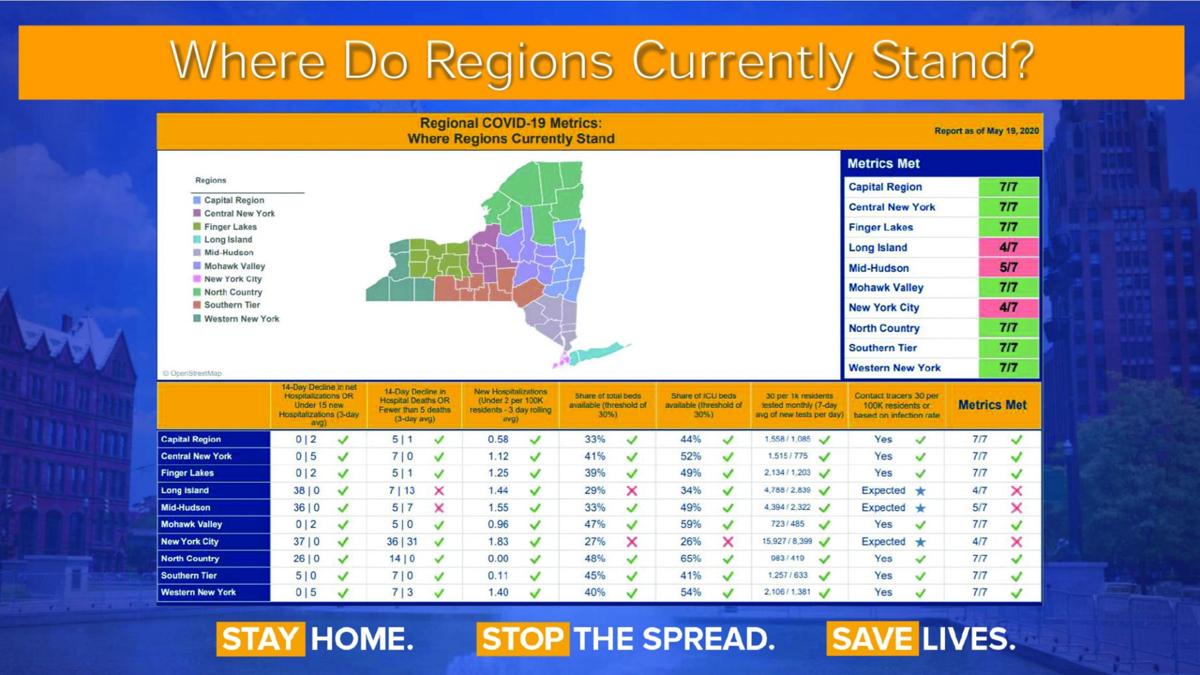 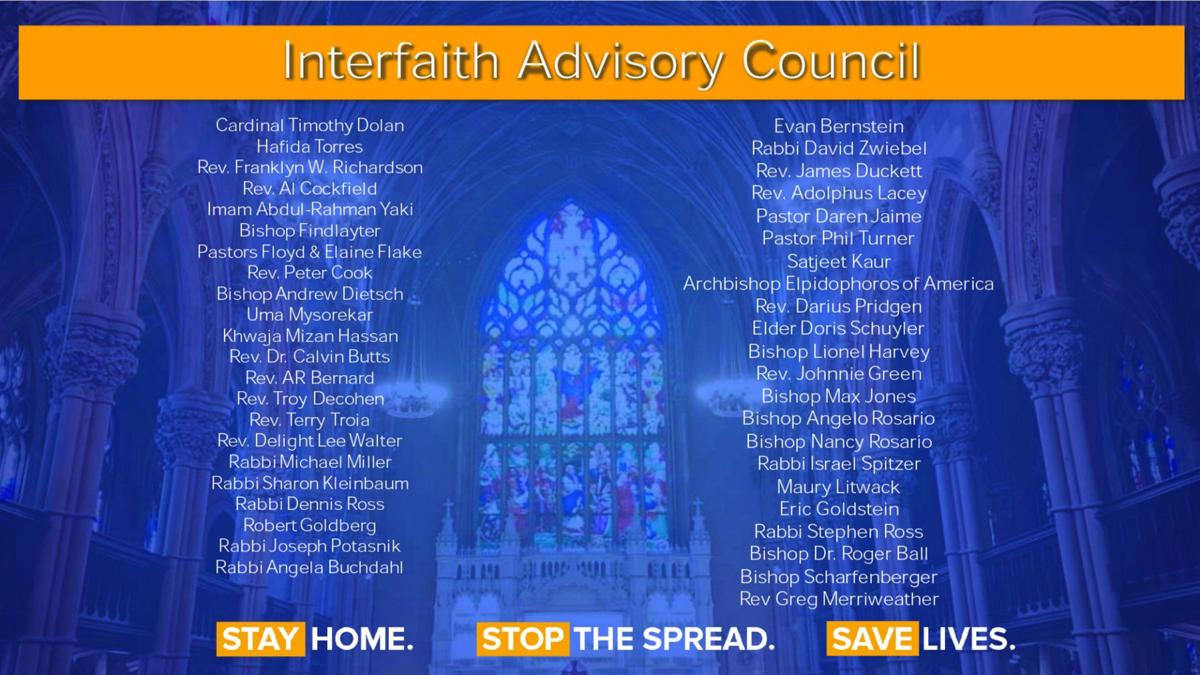 Over the past several days, U.S. Rep. Elise M. Stefanik, R-Schuylerville, joined other Republican New York members of the House of Representatives in calling for an investigation into the state’s adherence to safety and health regulations for nursing homes and long-term care facilities in the midst of the COVID-19 pandemic.

With 5,403 reported deaths at more than 600 nursing home and adult care facilities across New York, Gov. Cuomo and the state have faced weeks of backlash after a March 25 state Department of Health memo declared the state cannot discriminate against COVID-19-positive residents, and patients with the virus returned to those facilities, potentially infecting hundreds of the most vulnerable New Yorkers — senior citizens and people with underlying conditions.

“This is a political season — I get it,” Gov. Cuomo said Wednesday afternoon during a pandemic briefing at the state Capitol. “Anyone who wants to ask why we would do that with COVID patients in nursing homes...the state followed President (Donald J.) Trump’s CDC guidance.

Officials do not regret the way it implemented the CDC guideline, the governor said.

“At the time, the issue was hospital capacity,” Gov. Cuomo said, adding officials wanted to free up hospital beds for the tens of thousands of critically ill patients that threatened to overwhelm New York hospitals in March and April.

Nursing homes cannot accept a patient they cannot provide care to, Gov. Cuomo reiterated Wednesday, and are required to contact the DOH to find a facility to properly quarantine, isolate and treat a virus-positive resident.

The state is permitting religious gatherings of 10 people or fewer with strict social distancing guidelines enforced, officials announced Wednesday. All clergy and parishioners in attendance must wear masks.

“At this time of stress when I see everyone so anxious and so confused, I think religious ceremonies are important,” Gov. Cuomo said, adding they must be held safely and smartly. “A religious ceremony, by definition, is a large gathering. The last thing we want to do is have a religious ceremony with more people infected.”

Gov. Cuomo and his aides will meet with the state’s Interfaith Advisory Council to discuss protocols for specific religions and denominations.

New York COVID-19 infections continue to dominate low-income and communities of color — especially in New York City and downstate areas, where the virus hit the nation the hardest. About 27 percent of 8,000 people the state tested at 24 New York City churches over the last 10 days have COVID-19 antibodies, which indicate they were exposed to and recovered from the virus.

The Bronx had the highest percentage of positive tests at 34 percent, compared to about 19.9 percent of the city’s general population, according to the governor’s office.

“The data shows not just a high number of people had a positive, but shows the spread is continuing in those communities and that’s where those new cases are coming from,” Gov. Cuomo said. “We’re seeing that pattern continue... That’s where the virus is still spreading.”

The state will expand testing to 44 total churches and 28 additional testing sites and develop education or outreach programs about social distancing and to procure hand sanitizer and personal protective equipment (PPE) — such as masks and gloves — to target the pandemic in low-income and minority communities. The initiative will be done in partnership with Northwell Health and SOMOS Community Care.

“As you drive through some of these communities, you can see social distancing isn’t happening and PPE isn’t being used,” Gov. Cuomo said. “Hence, the virus spreads. ...Focus on low income communities. Do the testing and the outreach.”

The state will also expand testing to 40 city public housing developments — up from eight.

The state saw 112 virus-related deaths Tuesday, including 82 in hospitals and 30 in nursing homes. The state’s coronavirus death rate is on a slow decline after totaling 105 fatalities Monday, 106 fatalities Sunday and 139 on Saturday.

“This was a long road down,” Gov. Cuomo said. “Fast spike, slow decline.”

As the state reopens and officials monitor COVID-19 infection, hospitalization and death rates, the governor reminded New Yorkers of the importance of wearing face masks or coverings to protect yourself and others. Gov. Cuomo recalled other recent state surveys that showed COVID-19 frontline workers, including healthcare, transit and other essential employees, have a lower virus infection rate than New York’s general population.

“It’s because they’re wearing the mask — the mask works,” Gov. Cuomo said. “It’s in the data. It’s not that I’m saying it... It’s that they were right. The masks are protective and they work.”

Officials announced the top five finalists Wednesday in the competition where more than 600 New Yorkers created and shared a 30-second video explaining why people should wear a mask in public. The winning video will be used as a state public service announcement.

One vote per person.

To view the top five videos, vote or for more information, visit wearamask.ny.gov.

New York: Epicenter of the American outbreak. In total lockdown. Tens of thousands of people dead solely due to their governor’s policy of nursing home genocide.

That is some Grade-A ignorant drama queen action!

Republicans states are now open for business, and a leaked White House Report says the virus is increasing massively in Trumpy areas that resisted quarantine. You are the party that believes the Bible over science. You look like a fool trying to talk science, I know you have two STEM degrees, Trump University, and ITT Tech are great schools!

The Sun is Shining.

You can see that even the virus is racist hitting communities of color the worst.

right, it couldn't possibly be that the legacy of racism in this country has left communities of color in a more vulnerable position.

Ludicrous. Hmmm, we are seeing a return to the normal hysterical nonsensical outrage merchants.

Of course he is and the gutless rats in the media will help carry is water - and it wasn't a "CDC" guideline it was a mandate right out of his own office. Meanwhile in FL with higher population of elderly didn't have a problem because they protected the elderly and didn't seed the nursing homes with the virus just like Cuomo did.

Florida? If you think Florida is a model you must think Trump boinking Stormi Daniels when Melania was pregnant means "Family values".

Florida is not testing their dead. They are being willfully ignorant. Florida is basically a third world country, 2,800 gun deaths a year there compared to 700 in New York. They still have not hit peak deaths.

Republicans are aggressively anti-science, you voted in record number for a draft-dodger president who ran a fake university. As if you have any credibility on any issue.

If New York is such a great place then why are people moving out by the droves?

NYS is truly the Empire State of Decline..

What we have lost in quantity we have more than made up in quality.

People are primarily moving out of the Conservative areas of New York. The North Country is exhibit A.