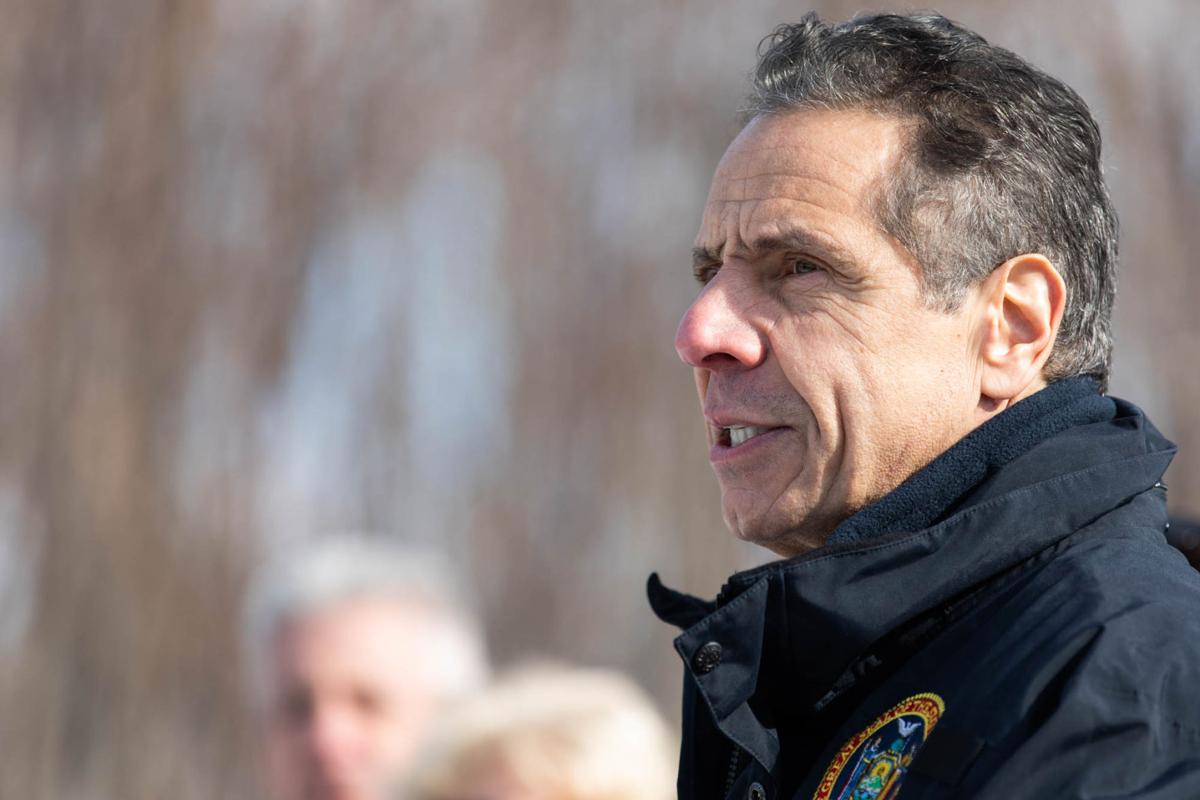 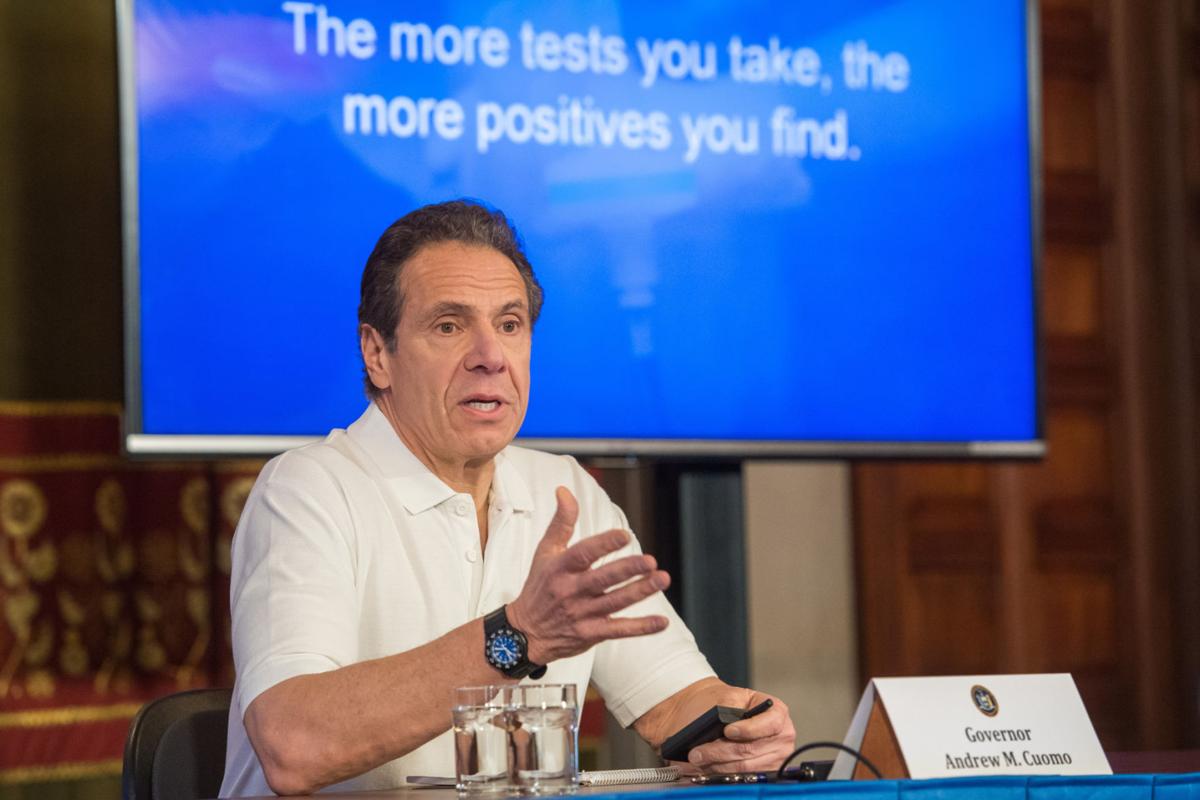 Gov. Andrew Cuomo holds a press briefing Monday to announce he will ask retired health care workers to bolster staff at hospitals around the state to cope with an anticipated surge in coronavirus patients. Darren McGee/Contributed

Gov. Andrew Cuomo holds a press briefing Monday to announce he will ask retired health care workers to bolster staff at hospitals around the state to cope with an anticipated surge in coronavirus patients. Darren McGee/Contributed

ALBANY — Gov. Andrew M. Cuomo has issued a plea to retired health care workers to join the fight against COVID-19. He also discussed plans to restart the economy, experimental drug trials and the looming state budget deadline during a news conference Monday morning at the Capitol.

The governor is taking steps to boost the number of health care workers available to treat COVID-19 patients. On March 20, he sent letters to all registered health workers in the state asking them to volunteer in an emergency medical corps.

“I received an email asking me to submit paperwork and a questionnaire,” said Diane Ashley, Catskill Elementary School nurse. The questionnaire asked respondents to reply within 36 hours with their work history, specialty and availability, Ashley said.

Ashley said she hadn’t heard back yet and was unsure if she would be called to work downstate at the field hospitals being constructed in Westchester, Long Island and Manhattan.

She expressed concern over the working conditions.

“You hear about all these mask shortages, N95 shortages,” she said. “I don’t know what I’m walking into. I don’t know if I would feel comfortable.”

The governor said he would issue an executive order calling all nurses who are registered to enlist. The state Department of Financial Services is directing health insurance companies to make their nurses and doctors available, he said.

“We would like them to help in the hospitals. This is not about assessing insurance claims, this is about saving lives,” he said.

Gov. Cuomo also addressed the economic fallout from his policies and responded to President Donald J. Trump’s tweet saying that the cure could be worse than the problem.

Gov. Cuomo defended his management of the crisis.

The governor acknowledged that his policies have damaged the economy and said his team would begin planning for an economic restart.

“I am proud of measures I have taken to address this public health crisis, but it is unsustainable to run this state or this country with the economy closed down,” he said. “You have to get the economy up and running. That has to be planned at the same time.”

Bill Mulrow and Steven Cohen, two of Gov. Cuomo’s longtime aides, will assess how best to jump-start the economy after the financial slowdown, the governor said.

“We have to plan the pivot back to economic functionality. You can’t stop the economy forever,” he said.

Healthy people and those who had the virus and resolved it may be allowed to return to work sooner, Gov. Cuomo said, citing the work of Dr. David Katz, a member of the Yale Prevention Research Center who studies risk stratification.

“Should we allow the healthy to work? Should young people be allowed to work sooner? The survival rate for those infected is like 98 percent. How do we start to calculate that in?” Gov. Cuomo said.

The state Department of Health has received approval to begin drug testing starting on Tuesday, the governor said. The drugs hydroxychloroquine and zithromax will be made available to a select number of vulnerable individuals.

“The FDA gave the state Department of Health approval to use them on a compassionate care basis, a drug that we believe has real possibility,” he said.

Serological testing will also begin to determine if patients could be treated with antibodies from recovered patients.

“It’s only a trial, but we think it shows promise,” he said.

The governor addressed the time line for passing the state budget, calling for legislators to continue doing their jobs during the shutdown.

“There are many policy initiatives that I laid out in January, and we are going to pursue all of them,” he said.

“If there is a policy that would require detailed policy negotiation, that we will not do. If it is a highly complex issue, I get it. Let’s put it off because we don’t want to do something sloppy.”

Gov. Cuomo said he wants bail reform and the legalization of marijuana in the budget.