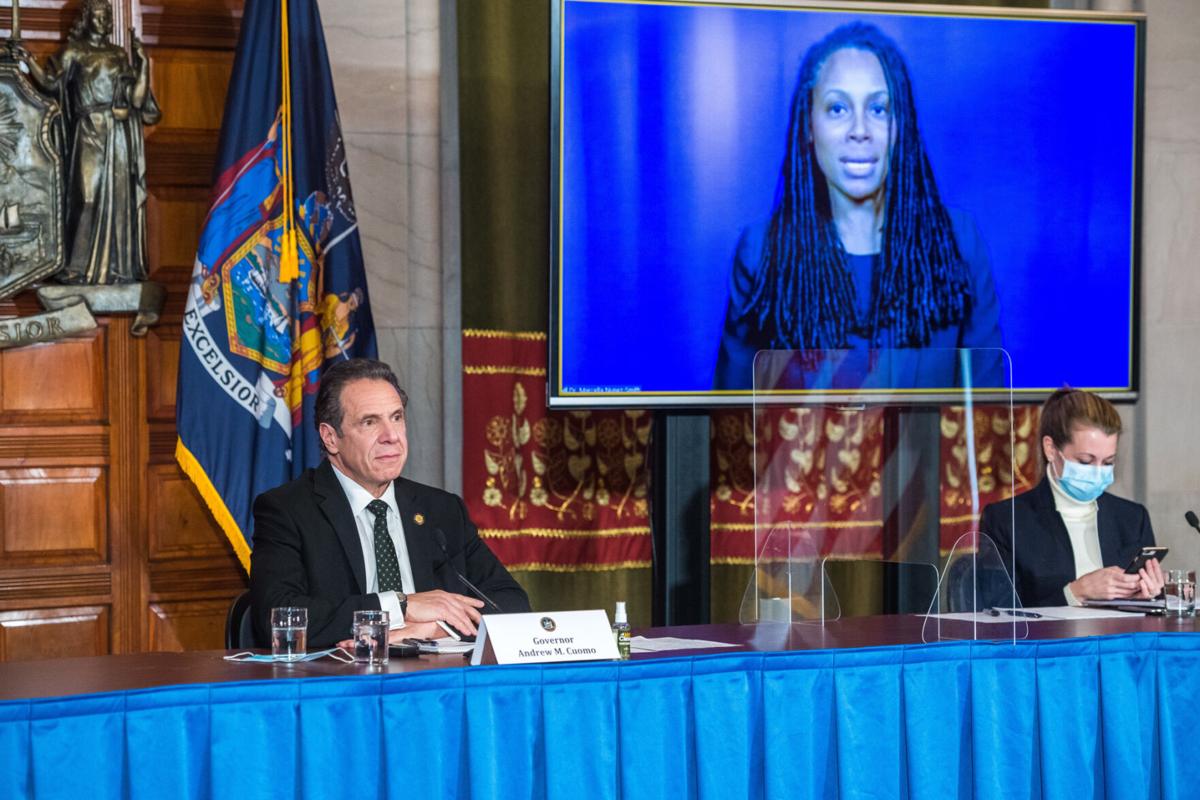 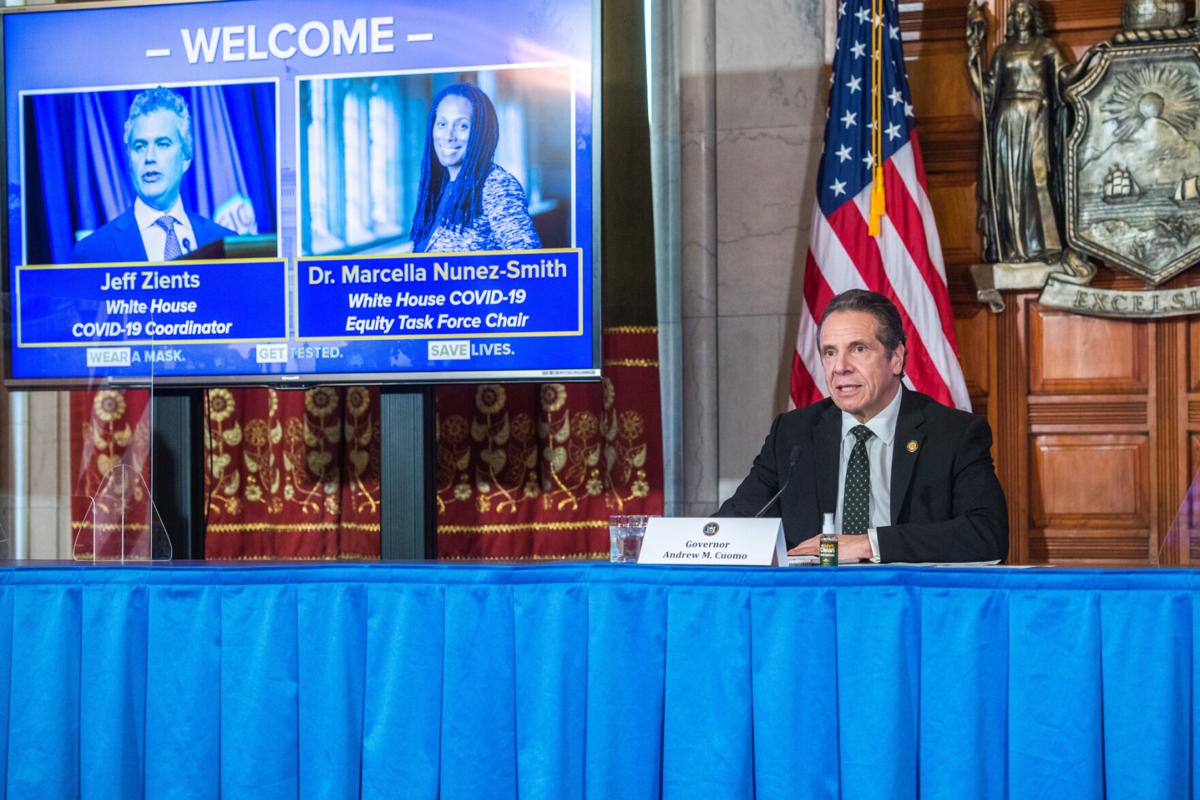 ALBANY — The state will partner with the federal government to open a series of mass vaccination sites across New York to help immunize underserved communities against the novel coronavirus, Gov. Andrew Cuomo said Wednesday.

Federal Emergency Management Agency will partner with the state to open two mass vaccination sites at York College in Jamaica, Queens, and Medgar Evers College in Brooklyn the week of Feb. 24, to help vaccinate minority, low-income and other socially vulnerable communities.

Several mass government-run vaccination sites will open upstate in the coming weeks. The governor did not specify where Wednesday, but said more details will be imminent.

“It’s complicated operations, but they’re going to address a dramatic need to address the people who need a vaccine most,” Cuomo said Wednesday during a coronavirus briefing in the state Capitol.

The joint federal and state sites will vaccinate 1,000 people per day in upstate New York and about 3,000 individuals each day in New York City and the surrounding metropolitan area. Community centers, churches and other local organizations will partner with the sites to help vaccinate residents.

Coronavirus infections plagued Black and Hispanic communities three times as much as the rate for white Americans. Blank Americans died from COVID-19 at 2.5 times, and Latino people at 1.5 times, the rate of white people.

The federal government will produce a special allocation to supply the sites with COVID-19 vaccine doses, as the state supply is rising to shipments of about 315,000 doses per week. The demand of millions of New Yorkers eligible to receive Pfizer or Moderna’s immunization continue to exceed the national supply.

Federal and state staff, including the National Guard, will run the sites.

“They represent really a diverse range of racial ethnic groups and also represent many other key constituencies and they will help guide our administration’s response to ensure equity remains at the core,” said Nunez-Smith, the task force chair. “This is a perfect example of our equity work coming to life and this is a model for the potential we have to do this well across the country.”

Biden’s administration has increased vaccine allocations to states by 28% since taking office. New York was originally promised 300,000 vaccine doses weekly, but received roughly 250,000 doses each week for most of January. The state is slated to receive about 315,000 doses starting next week for the next three weeks.

“We’re mobilizing teams to get shots in arms,” White House COVID-19 Response Coordinator Jeffrey Zients said Wednesday. “At the president’s direction, we are moving quickly to get more vaccinators on the ground, including retired doctors and nurses. We’ve deployed hundreds of personnel across the federal government, from FEMA, to the Department of Agriculture, to (Health and Human Services) and other federal agencies, to support vaccination operations nationwide. And we have plans to deploy thousands more.”

The pandemic, which reached in the state last March, exposed failures in the public health system, failed governmental leadership and structural racism.

“We were just not ready for it,” Cuomo said.

Predominantly Black neighborhoods were 67% more likely to have a shortage of primary care doctors, the governor said, which exacerbate community underlying conditions and access to health care. Despite their higher infection rate, communities of color routinely had less access to COVID-19 testing.

Negotiations continue on Capitol Hill over the president’s “American Rescue Plan,” or the next federal COVID-19 relief package.

The task force will help start a dialogue with communities of color throughout the state to help rebuild trust in health and public officials.

About 61% of Black New Yorkers are hesitant to take the vaccine, compared to 22% Caucasian residents, according to a recent poll from the independent nonprofit Association for a Better New York, or ABNY.

“It’s more than hesitancy, it is a lack of trust of the system,” Cuomo said. “I understand it, and we should all understand. It is rooted with valid cause.”

Officials referenced the unethical federal-run Tuskegee Syphilis Study involving the 40-year natural history study of 600 African-American men, about half of whom had syphilis, who were lied to about receiving treatment for the disease.

Many people of color live in “health care deserts” or geographic areas that lack access to health centers or big-box pharmacies, such as CVS or Walgreens, which serving as vaccine distribution centers.

“We must overcome the hesitancy because of the lack of trust,” Johnson said. “This government has not always provided trust that African-Americans can run towards, but the reality is the reality right now. We are facing a global health crisis that because of the neglect of the previous administration we lacked a federal response.”