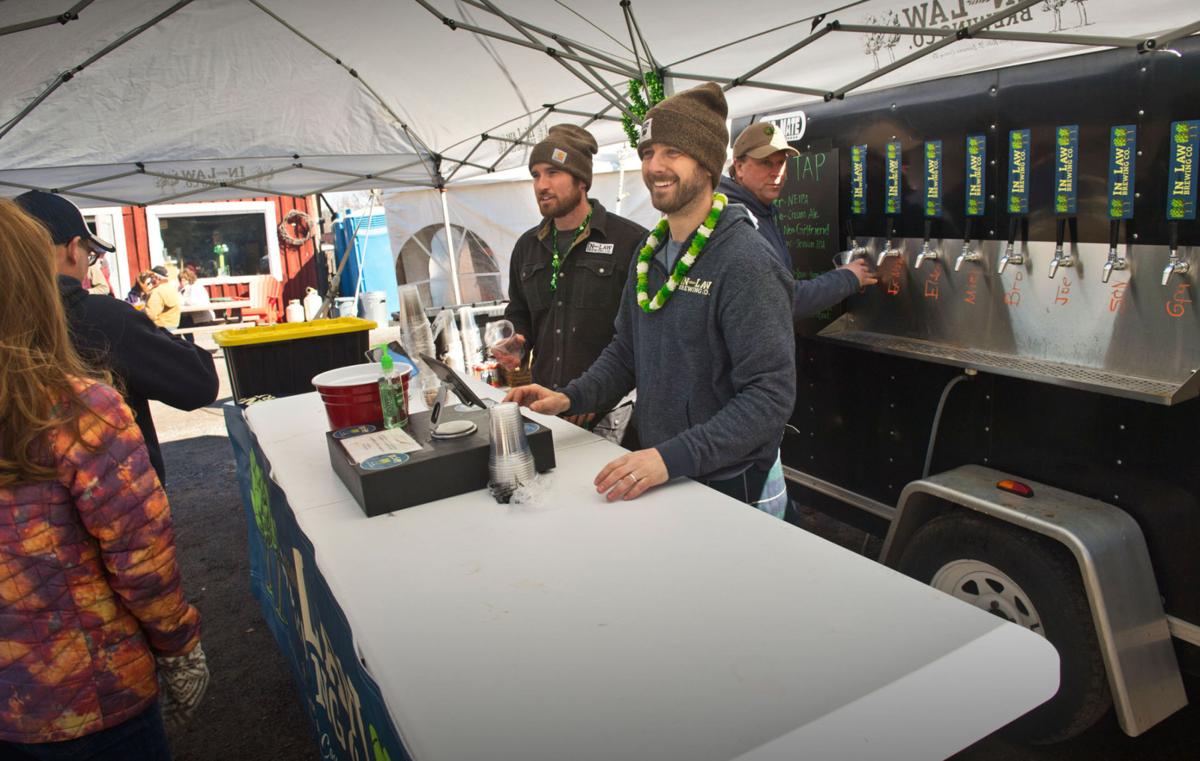 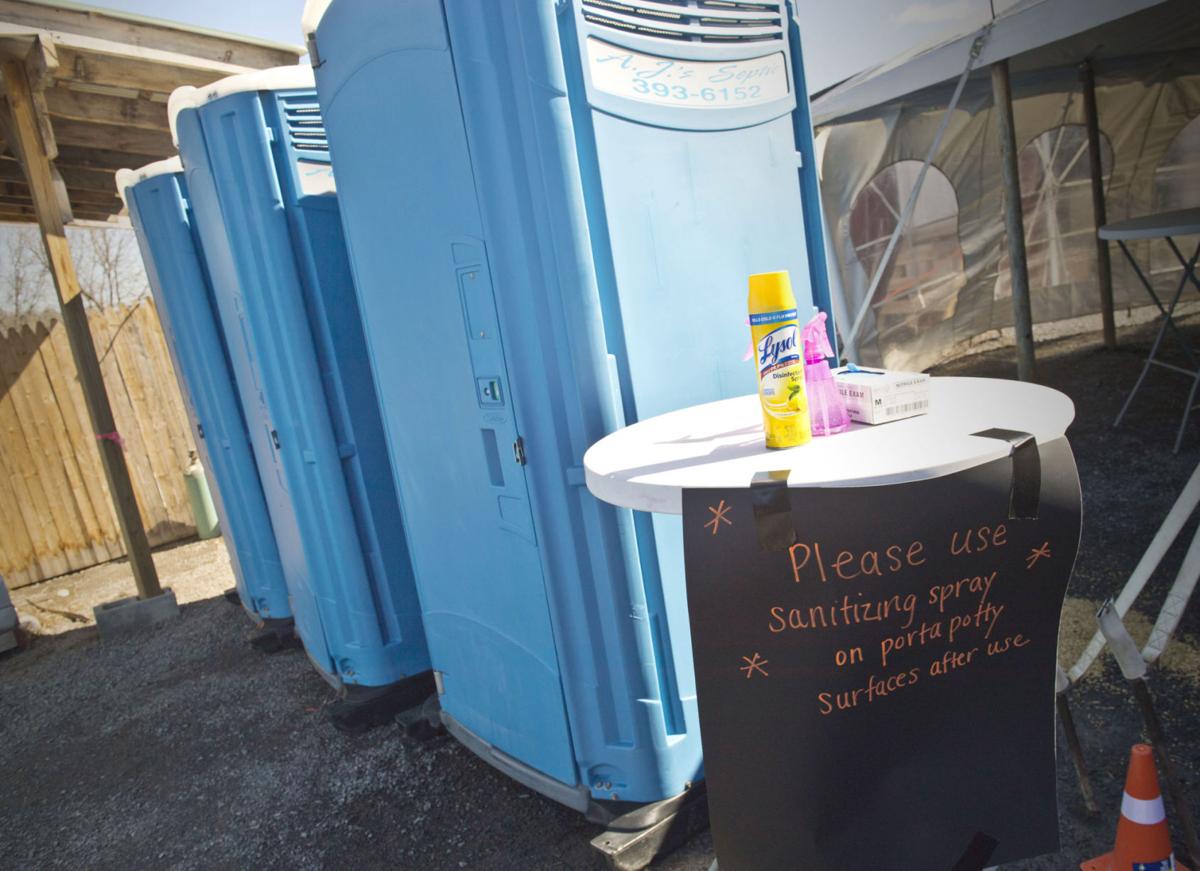 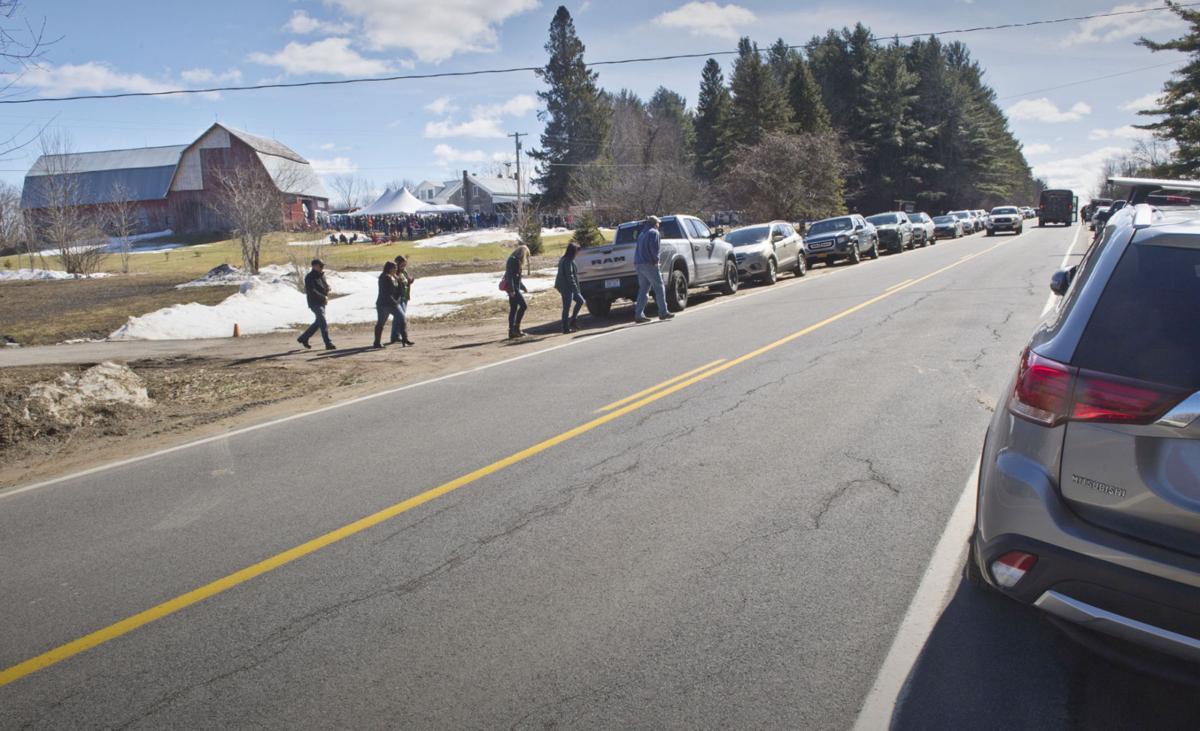 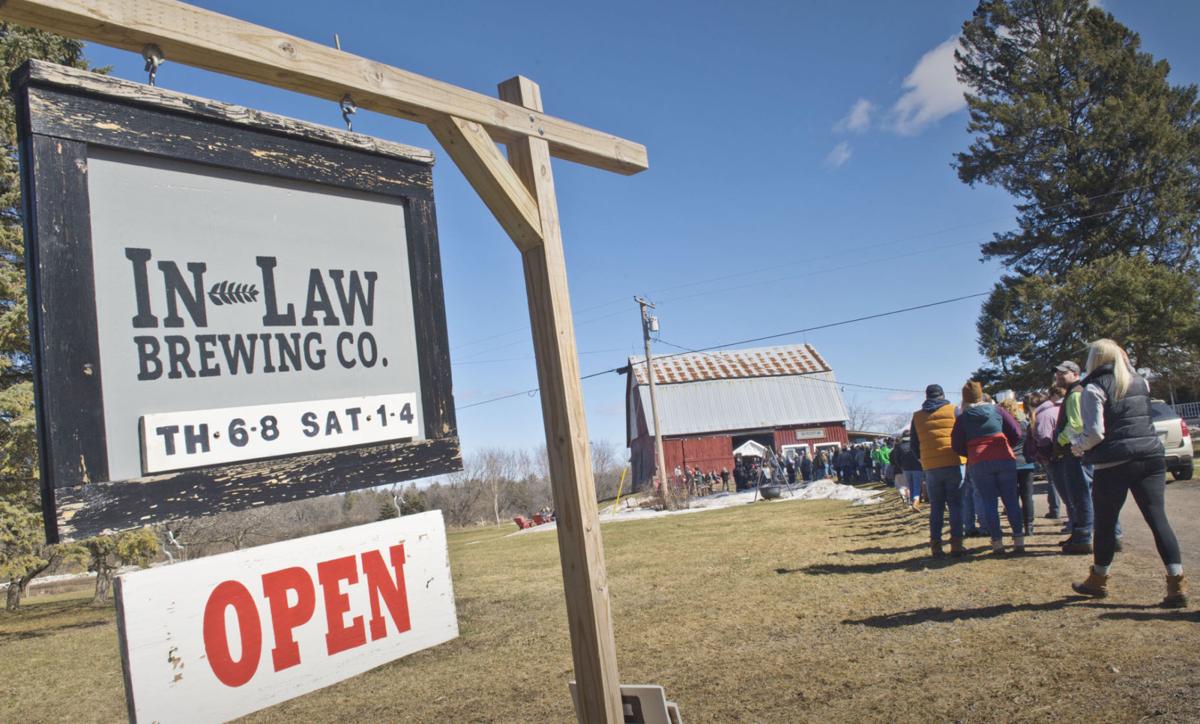 CHASE MILLS — With events being canceled or postponed, day-by-day, minute-by-minute, In-Law Brewing Co. not only carried on with its third annual St. Patrick’s Day celebration Saturday afternoon, but did so with a massive crowd that seemed to have exceeded 250 people.

Cars lined both sides of Mein Road in front of the brewery even before the 1 p.m. scheduled event began and, for two hours, a line of patrons stretched the length of the long driveway, leading up to the beer tent where attendees bought a variety of pints including Grandpa’s Creme Ale, Ye Old Mother Andes Mint Milk Stout and Brother’s New England IPA.

In-Law’s co-owner, Justin Tredo was swiveling from patron to tap, in a kilt and knee-high, I-heart-Beer socks and a felt, green, shamrock-embroidered top hat, while co-owner Brent Bishop, also in a kilt and knee-high argyle socks, was planning to fill growlers from inside the brewery, but he said the crowd size was unexpected and they had to change their plans.

“The plan was to just do pints out here and growlers inside but it just didn’t work out that way,” Mr. Tredo said. “We had changed it and wanted to make it more of a grab-and-go thing, with the growlers and stuff because of the whole coronavirus thing, but it ended up not working out like that but it is still working out, I guess.”

He said it was a compromise because he and Mr. Bishop didn’t want to cancel or postpone.

In addition to the line for beer, Gideon’s Galley food truck, which was serving things like Reuben Quesadillas, Irish Pork Tacos, Dublin Fish Sandwiches had a line that was constant for about an hour and a half.

The property is vast and there while there were huddled masses both in line and gathered around drinking, Mr. Tredo said he had hoped more people would be mindful of social distancing.

“It was too crazy,” Mr. Bishop said, coming from inside the brewery where he had also been serving pints of beer instead of the originally planned growlers. “It’s a little surprising, given the state of affairs that people are still wanting to come out and celebrate. People have it (cabin fever) and I think we were shocked every week we are open. It continues to be busy and the local community continues to be strong.”

Standing in line, Misty J. Conte, Raymondville, was among the many who had come out dressed up in green with a novelty shamrock headband and green and white shamrock scarf.

“I don’t feel like you should be home and be scared. We’re all in this together and as long as you take precaution and wash your hands, get out there and mingle,” she said. “In-Laws do good about getting everybody out here and they are taking precautions as well. And just getting out and maybe taking it head on. I have a couple of people who were like, ‘no, we’re just going to stay in and keep it under wraps,’ but I’m like, you know, you just can’t be scared. There are no cases here in St. Lawrence County so why stay in and be scared of it. We’re all here together. We’re all fighting it together.”

Marie Scheening, Norwood, who was in line with Ms. Conte, agreed, plus, she said, she was out supporting her daughter’s long-time boyfriend, Andy Deon’s band, Divided Roads, which was performing for the event.

“My husband wouldn’t come because of it (the coronavirus) but I said, ‘I’m going.’ He goes, if you get sick who’s going to take care of you,’ I said I’m not worried about it, I’m going to have fun.”

Mr. Bishop said he and Mr. Tredo are working on a nearby relocation and expansion in the near future but what that will look like is still a work in progress.

“But we’ve got some good ideas so hopefully it will give us the chance for some better public space, some better space for parking and a number of other things,” Mr. Bishop said. “The local support has been fantastic and we continue to be shocked that, despite the weather, people like to come out and celebrate and there are not a lot of opportunities to do that around here.”