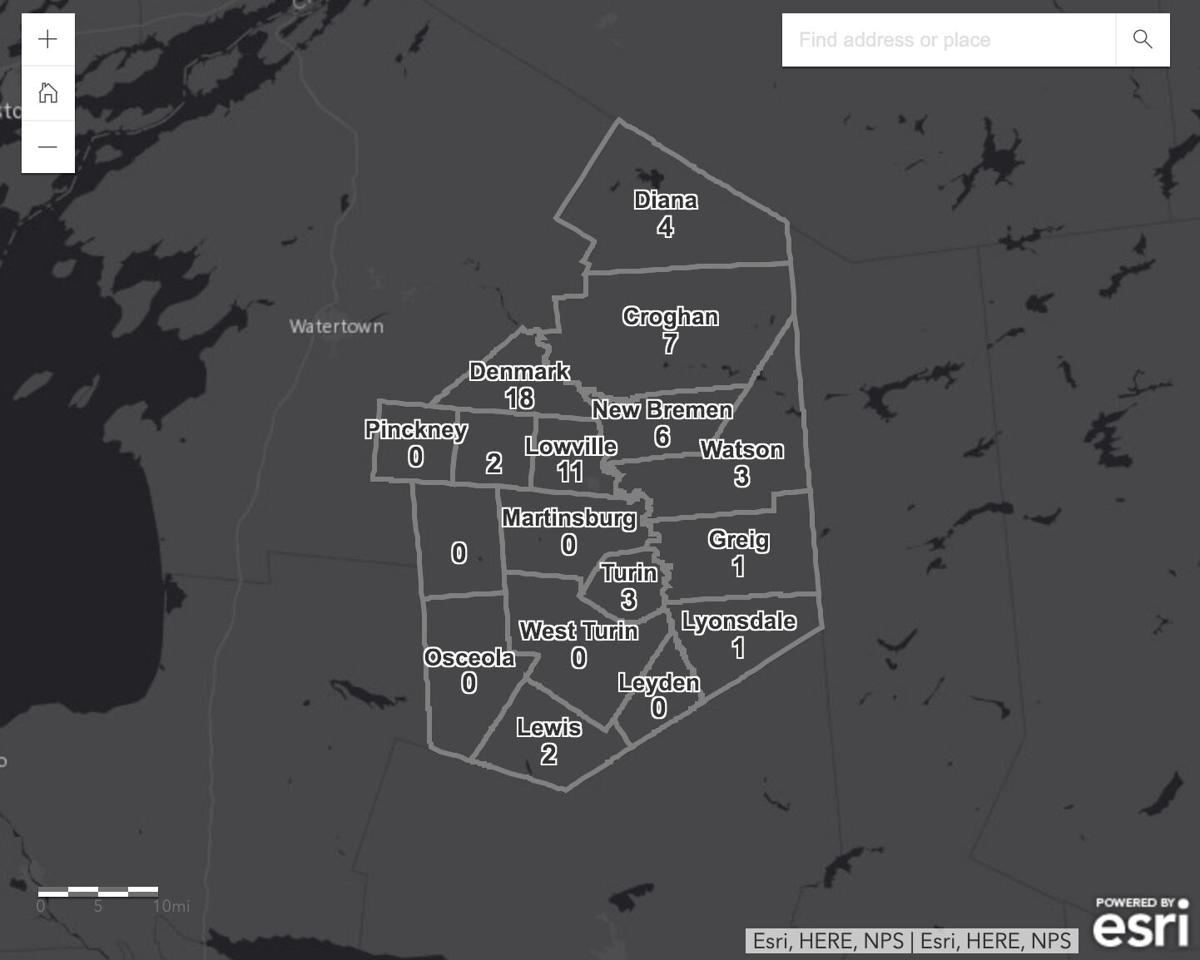 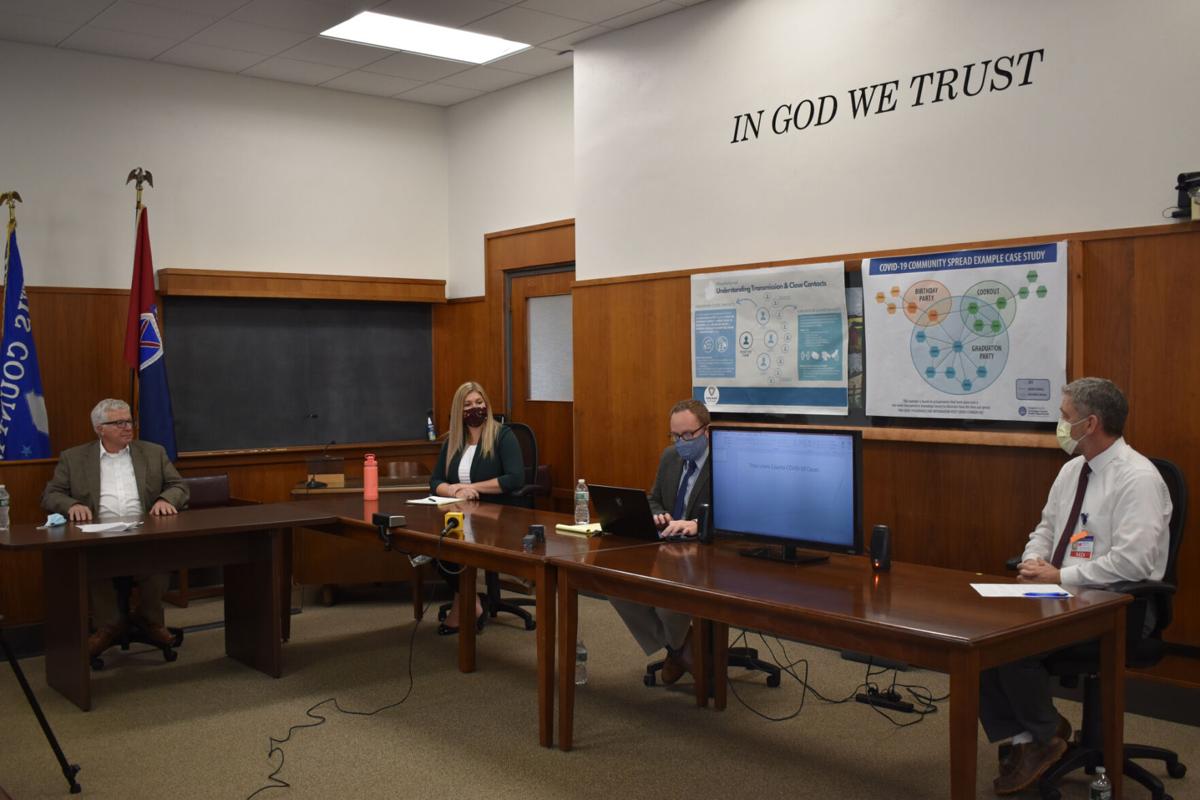 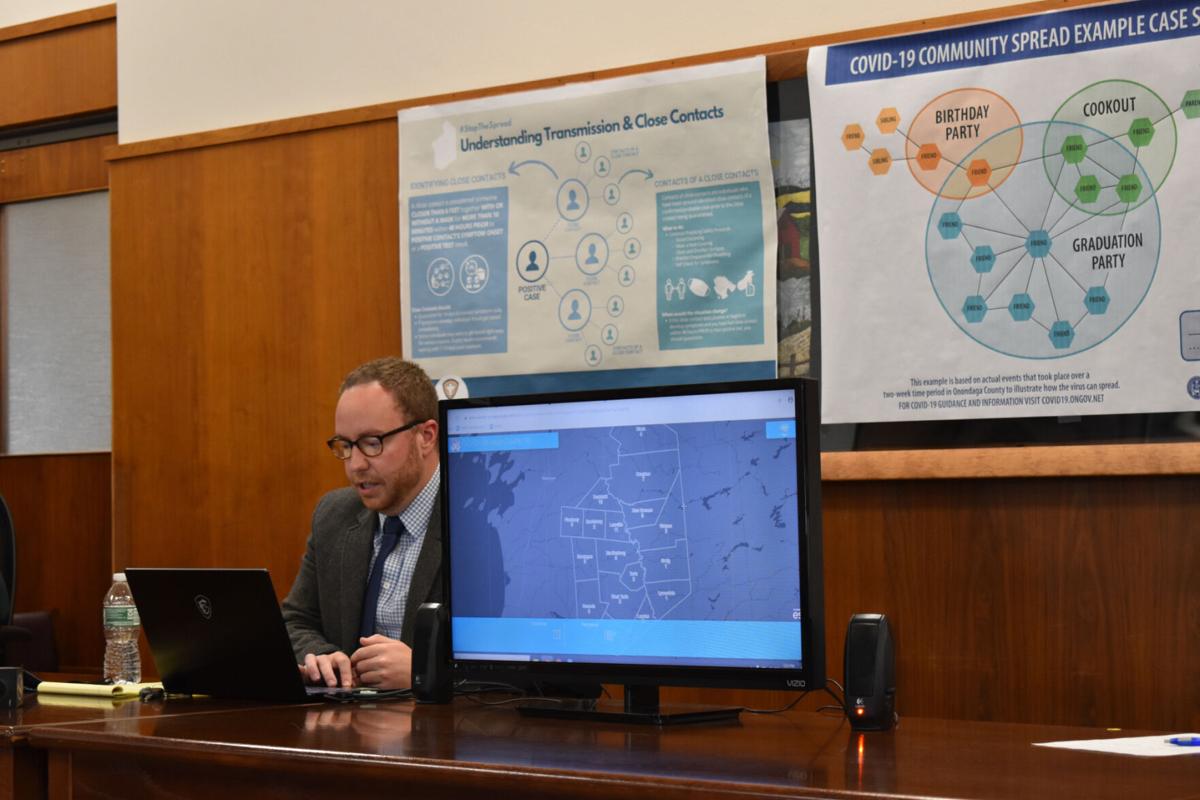 LOWVILLE — Lewis County officials revealed Friday that 11 COVID-19 cases in the county are linked to a Halloween party, which in turn has affected those associated with students at Copenhagen Middle School. Because of this, the school has switched to a remote learning model until next Friday.

The recent COVID spread serves as an example of how easily one large gathering can have ripple effects through multiple communities, officials said during a press conference Friday afternoon, citing the previous religious gathering that now has 82 cases associated with it as an example.

In an effort to slow the spread of the novel coronavirus, while also making citizens aware of where positive cases are, the county has added a new map to its website under the COVID-19 section, which shows each active case by township.

As of Friday, the map shows four virus cases in Diana, seven in Croghan, 18 in Denmark, 11 in Lowville, two in Harrisburg, six in New Bremen, three in Watson, three in Turin, one in Greig, one in Lyonsdale and two in Lewis.

County Manager Ryan Piche warned that the map can be misleading; if someone looks at the map and sees a town with no active cases, and thinks safety guidelines don’t need to be adhered to, that can be dangerous.

He also noted there’s not a government solution to flattening the curve, which has turned vertical for the county in response to rising case numbers, and there’s not a healthcare solution to flattening the curve. The only thing that’s going to change the amount of cases and the speed at which they’re being reported, according to Mr. Piche, is the personal behaviors, responsibilities and decision making of residents.

“We need everybody to understand the impact of their decisions,” he said. “People getting together for parties is not a good decision. People got together for a party, and now Copenhagen Middle School is closed. It’s that simple. When people have decisions where they put their own interests and their own pleasure above schools and businesses, that’s when we have problems.”

About a month ago, Lewis County had a limited and controlled impact from the pandemic, county Board of Legislators Chairman Lawrence Dolhof said.

“Unfortunately, that situation has changed, and not in a good way.”

He said the next few weeks will be a “critical time” as the county’s number of infections continues to increase.

“We must change our behavior to bring the number of positive cases down,” he said.

COVID-19 cases in Lewis County since March stand at 227 as of Friday, with 156 new cases reported since Oct. 19. Right now, there are 59 known active cases of the virus in the county and six community members are in the hospital fighting the disease.

In speaking about the importance of not holding large gatherings amid the pandemic, county Public Health Director Ashley Waite noted many people compare COVID with the flu, but in reality, the two are incomparable. With much still to learn, what’s known is that COVID has a significantly higher mortality rate than the flu. In a typical flu season, there will be about 60,000 Americans that die from the flu, yet we’ve seen more than 240,000 individuals die from COVID, according to Ms. Waite.

“We are entering flu season,” she said. “This is a time where hospitals are already busy with individuals that they’re treating for the flu or other viruses that tend to circulate in the winter as we enter the colder months.

“It is critical that we take actions to prevent the spread of this virus so that our healthcare system is not burdened and overrun,” she added.

shockingly selfish and irresponsible to have held a party at a time like this, and now look at the consequences for everyone. [angry][angry][angry]

Agreed 100%... not a CLUE why this isn't shared... any search on other states reflects the cases down to the local level.. I'd certainly like to know when I go to local stores to be more vigilant IF we're a hot spot...

Yup.. ignore the masks and social distancing....now complain when the schools and businesses shut down..and the hospitals are overwhelmed....then blame Cuomo... I just don't get it...