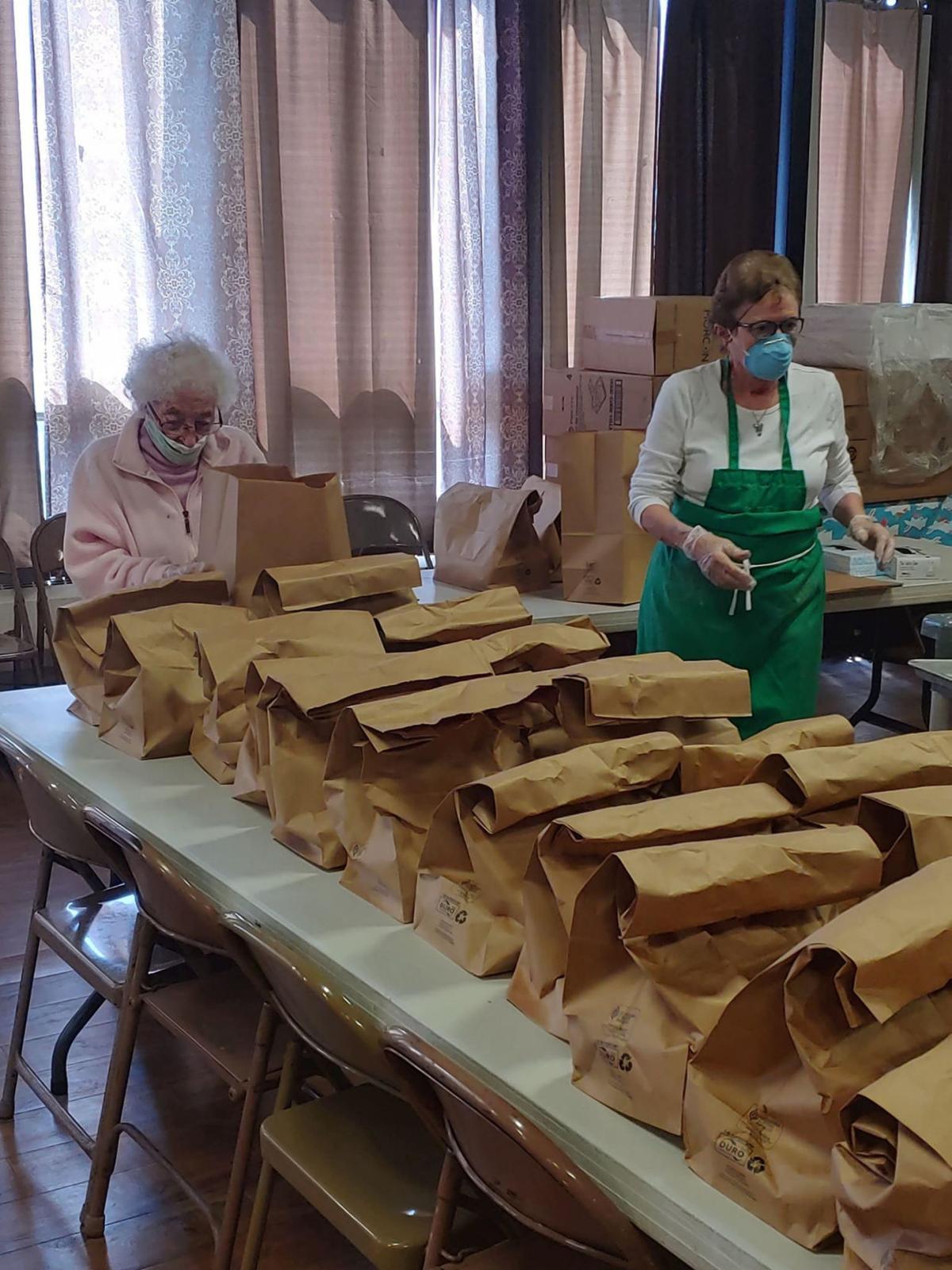 Volunteers pack free lunches that are distributed from 11 a.m. to noon every Monday through Friday at the First United Methodist Church in Massena. Submitted photo 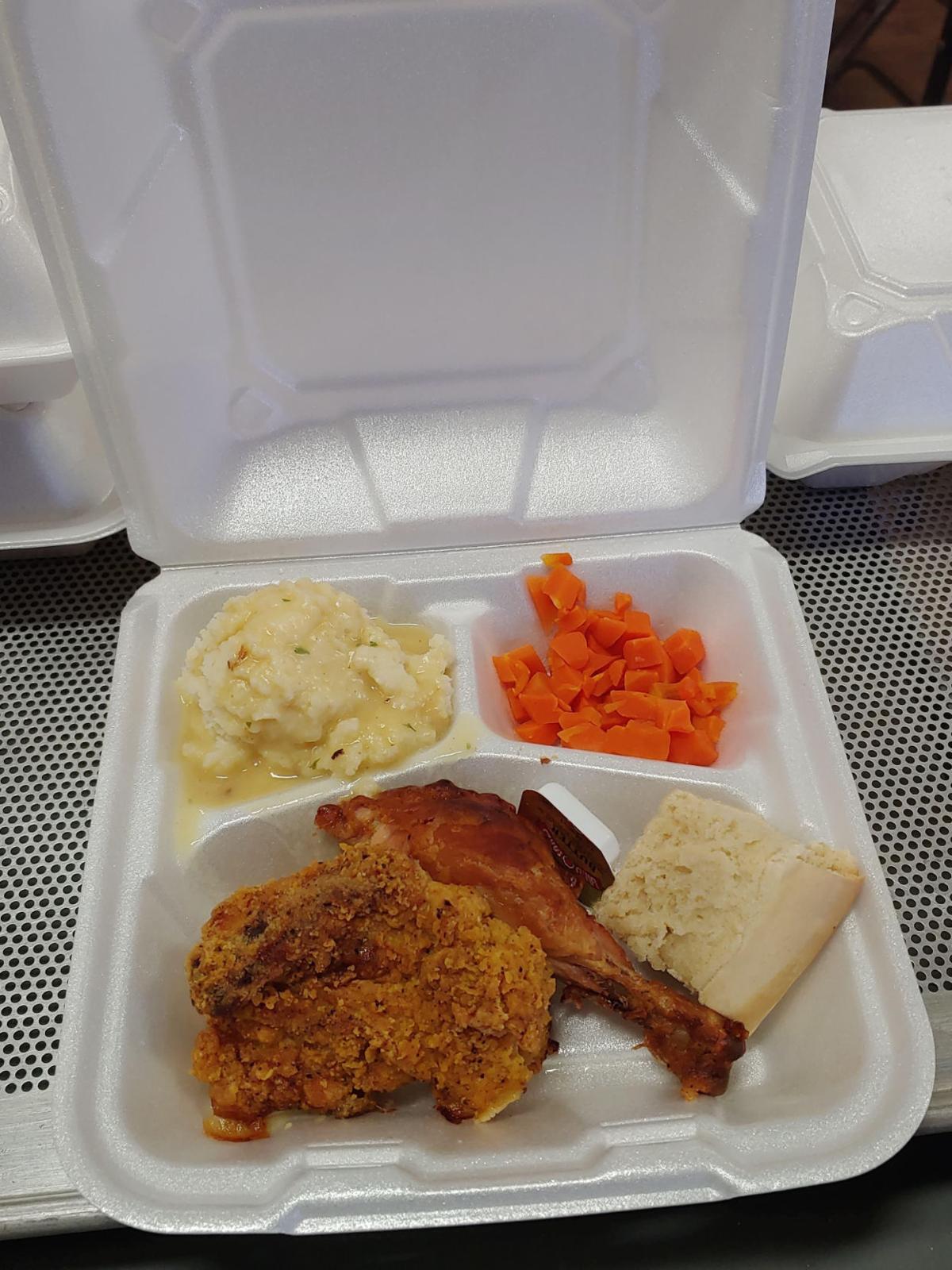 Lunch meals like this are being distributed Monday through Thursday at the United Methodist Church in Massena. Submitted photo

Volunteers pack free lunches that are distributed from 11 a.m. to noon every Monday through Friday at the First United Methodist Church in Massena. Submitted photo

Lunch meals like this are being distributed Monday through Thursday at the United Methodist Church in Massena. Submitted photo

MASSENA — Free lunches are on the menu from 11 a.m. to noon Monday through Friday at the First United Methodist Church, 189 Main St., Massena.

The “to-go” lunches started in April and at one point closed down for two weeks in order to replace the stove in the kitchen, clean, and adhere to coronavirus restrictions that were starting to be put in place.

“It was just about the time it was starting to hit,” said coordinator Kathryn Perry.

She said they’ve been at it ever since they were able to resume. They served 60 people on the first day of operation, and the program has grown to 204 lunches that were distributed on Monday. She said the church averages between 180 and 200 lunches, and they ensure there’s enough food for 200 people. They served 1,983 total lunches in April.

“A lot of our business is word of mouth. It’s keeping us busy, but we’re having a great time. There are a lot of us that feel like me — we have to get out of the house and do something. It gets us out of the house,” Mrs. Perry said.

In addition, she said, “We really want to see the community.”

The lunches include meat, vegetable and fruit using the same guidelines they followed for free community dinners that were held on Thursdays.

This week’s lunches included turkey strata, mashed potatoes, beans and apple cake on Monday; and goulash, vegetable and roll on Tuesday. Wednesday’s lunch was chicken cacciatore with pasta. The lunch for Thursday was chicken burger and macaroni and cheese. A turkey dinner was served on Friday, and a loaded chicken potato bake is scheduled as Monday’s lunch.

“We’re trying to do a heavier lunch to make sure people are well fed. They’re getting a good, hearty lunch,” Mrs. Perry said.

The lunches are free to anyone in the community, but donations are gratefully accepted.

When the “to-go” program started, individuals would phone in orders and then pick them up. Now, because of the overwhelming response, it’s first-come, first-served to individuals who drive up during the serving hour, until the food is gone for the day.

Typically, two to four volunteers are in the kitchen each day. Overall, between six and eight volunteers from various churches put on the lunch.

Once the lunches have been distributed, the group typically starts disinfecting and getting set up for the next day starting around noon.

Preparing and distributing so many meals each day is a costly endeavor, and a GoFundMe page has been set up to assist with the cost. Mrs. Perry said they were looking for $1,000 and received $1,200 before they ended the fundraiser.

One person noted they had received their stimulus check and didn’t need all of it and wanted to put the money to good use. The Rotary Club also presented them with a check for $2,000.

“It’s wonderful to get the community support for this program. The community has been so generous during this period, more so than I’ve ever seen it. I think it’s because people know how bad things could be,” Mrs. Perry said.

The volunteers raise more money by selling homemade fudge every day and donuts on Tuesdays and Thursdays.

“Whatever we make goes right back into the meal,” she said.

Donation checks can be sent to United Methodist Church, 189 Main St., Massena, NY 13662. Indicate in the memo line of the check that it’s for “community meal donation.”