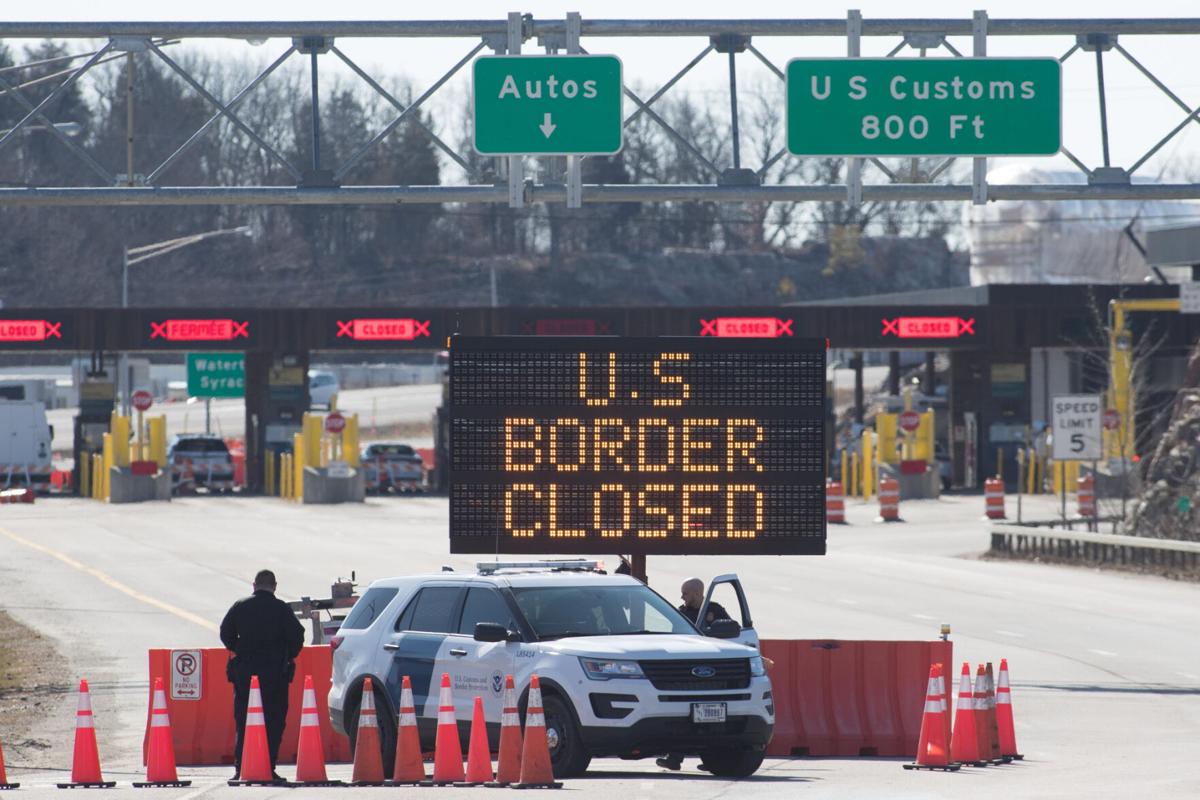 U.S. Customs officers stand beside a sign saying that the U.S. border is closed at the U.S./Canada border in Lansdowne, Ontario, on March 22, 2020. Lars Hagberg/AFP via Getty Images/TNS 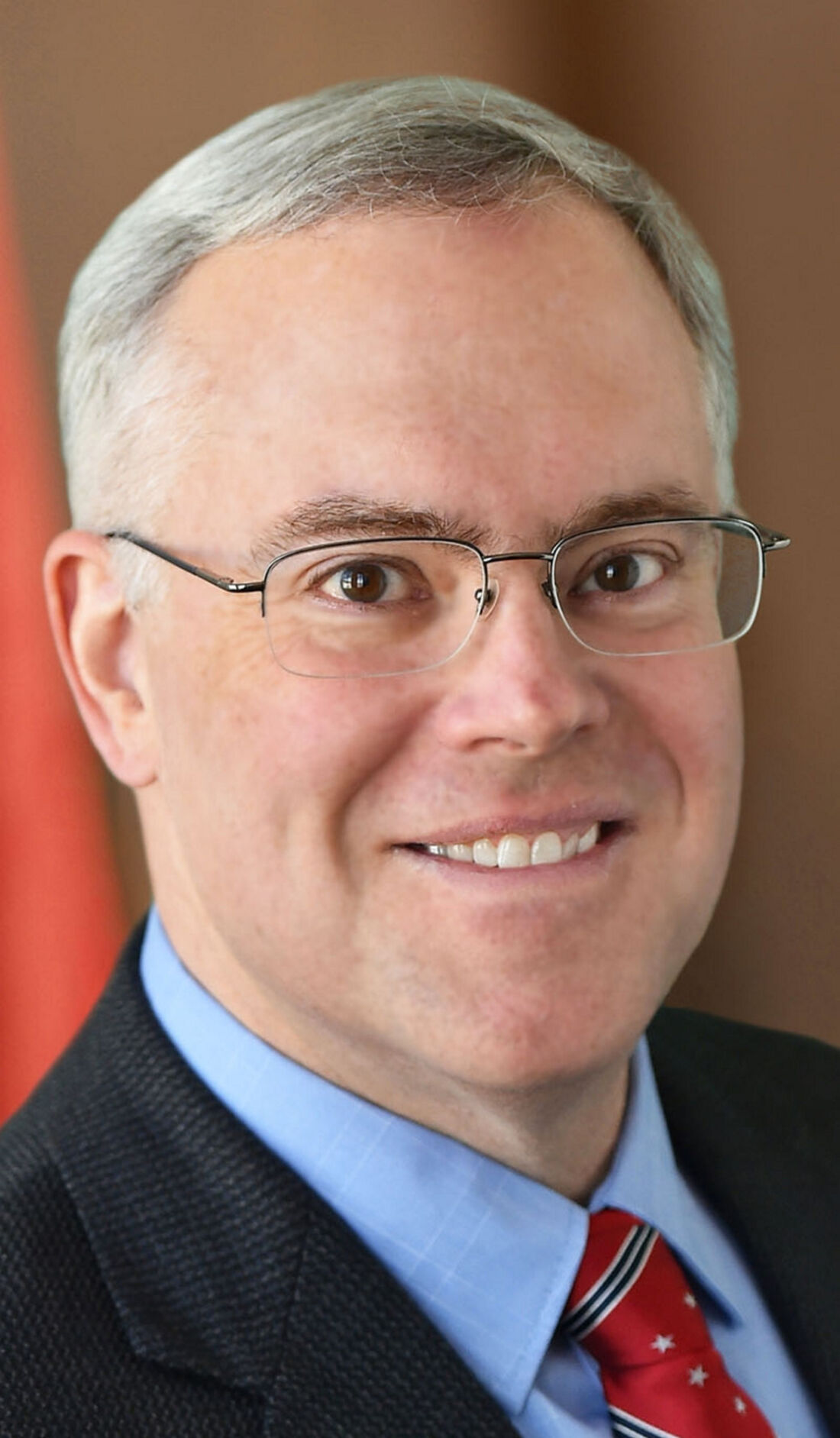 U.S. Customs officers stand beside a sign saying that the U.S. border is closed at the U.S./Canada border in Lansdowne, Ontario, on March 22, 2020. Lars Hagberg/AFP via Getty Images/TNS

PLATTSBURGH — State Sen. Dan Stec, R-Queensbury, sees Kathy Hochul’s status as a brand new governor as an opportunity for movement on reopening travel into the United States across the northern border with Canada.

At a news conference on the steps of the Clinton County Government Center last week, he pointed to Hochul’s local government experience and her tenure representing a border district in Congress.

Stec further argued that it would be a good move for President Joe Biden.

“He needs to establish some level of success, credibility and competence that I think he’s been short on in other areas recently and so this is an opportunity for both of them to deliver for their constituents, not just in northern New York, but from Maine all the way to Puget Sound.”

Canada began allowing Americans fully vaccinated against COVID-19 to cross northward at the beginning of August, following more than 16 months of bilateral restrictions that had effectively shut down nonessential crossings. But the United States did not reciprocate, instead extending the limits on southward travel through Sept. 21.

Stec has joined calls for reopening the shared boundary, including at a July press conference hosted by U.S. Senate Majority Leader Charles Schumer, D-N.Y., at the Plattsburgh Boat Basin Marina.

He said, at that event, officials had lamented the potential loss of the summer season. Now, it’s post-Labor Day, Stec continued, and the closure is currently set to expire weeks before the long Columbus Day weekend, which coincides with Canadian Thanksgiving.

“It’s a long weekend for both countries on both sides of the border that historically has seen a tremendous amount of cross-border traffic for family gatherings, but with the family gatherings obviously economic benefit.”

In recently-sent letters, Stec pointed to the upcoming Canadian holiday when he urged Biden to let the restrictions expire on Sept. 21 and asked Hochul to join in the effort to advocate with the Biden administration for that to happen.

He acknowledged that not everyone agrees with the idea of simply opening the border.

“But I think what is universally shared is we can’t keep saying every month, ‘We’ll let you know in 30 days,’ with no metrics. What are we shooting for? What are we waiting for?’”

He said it was inexcusable that the government had not put out a plan for restarting southward travel, and likened the situation to an invisible goal post.

“A few months ago, it was the Canadians that were skittish and we were talking about unilaterally reopening the border. Now, here we find ourselves in mid-September and it’s flip-flopped where the Canadians are the ones that are allowing vaccinated New Yorkers in but the United States has not reciprocated that and, again, that’s no way to treat your best friend on the international scene.

The federal government has the resources and authority to act, Stec said.

“There’s a lot of people making an awful lot of money that have a lot of letters after their name working for the Biden Administration that ought to be able to figure out a plan for the border post-haste.”

Clinton County Legislature Chair Mark Henry said, though the county’s economy is doing fairly well, it would be naive to think it wouldn’t be doing much better of Canadians could visit to use Plattsburgh International Airport, visit area restaurants and stay at local hotels.

Hall said the ongoing border closure hurts the airport, he said, and he expressed frustration with whoever first developed the now trademark 30-day extensions of the restrictions.

According to Hall, planes with Canadians on board are flying into the airport every day, then picking up their motor homes. Those can be transported across by commercial transport businesses.

“It’s the people up in Canada that can afford to do that who are being allowed into the United States, but not the average working person in Canada ... and it’s totally wrong.”

According to a news release from State Assemblyman D. Billy Jones’ office, Jones, D-Chateaugay Lake, and fellow Council of State Government East Canada-U.S. Relations Committee co-chair Guy Ouellette, a member of the National Assembly of Quebec, recently passed a resolution in support of the U.S. and Canadian governments working together to reopen the border at the organization’s annual meeting.

“The border should not just be open to those who have the means to fly and there are ways for the border to reopen safely so that families can be reunited,” Jones said in a statement. “Canada opened their borders to Americans, and it is about time that the United States reciprocated.”

Ouellette posited that the faster the border is freely opened, the faster a return to normal life can hopefully occur.

North Country Chamber of Commerce President Garry Douglas said the ongoing restrictions were getting discouraging, though the advocacy by state and federal representatives was appreciated.

“You would think (the partnership between the two countries) would be a priority but, I hate to say it, its place on the current federal priority list seems to be somewhere below pineapple sales in Greenland.”