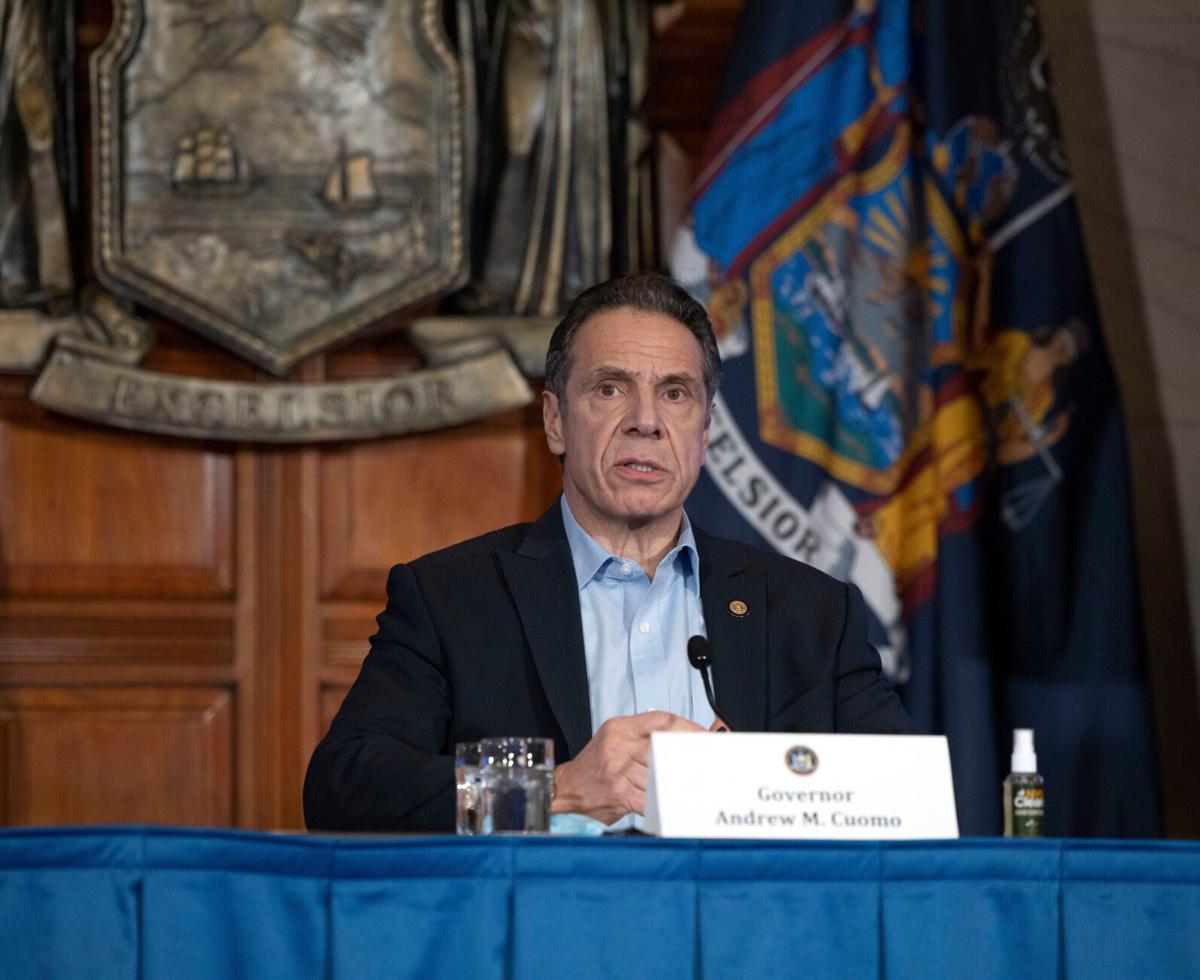 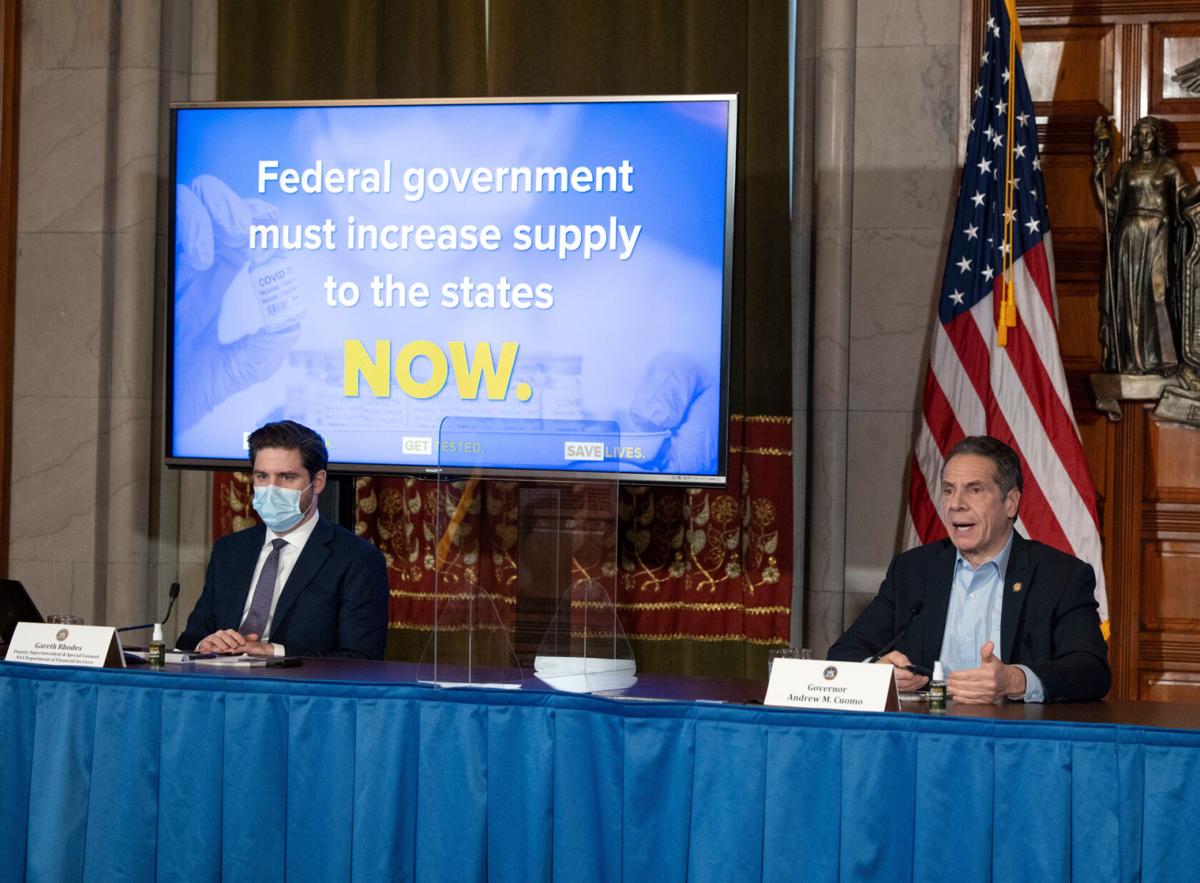 It’s expected to take the better part of 2021 to vaccinate millions of New Yorkers.

“It would be a first,” Cuomo said of the state’s request Monday during a COVID-19 briefing in the state Capitol. “Pfizer has only sold to the federal government, but look, my job as governor of New York is to pursue every avenue and that’s what I’m doing.”

The letter does not say how many dosages the state is willing to, or can afford, to purchase. Cuomo declined to specify the number Monday.

“If Pfizer were to agree to sell, then we’d have that conversation, but first they have to agree,” Cuomo said.

The U.S. Food and Drug Administration approved Pfizer’s coronavirus vaccine after declaring an Emergency Use Authorization on Dec. 11, but the company did not produce the life-saving immunization as part of President Donald Trump’s Operation Warp Speed, where some companies received federal dollars to expedite vaccine development.

“Pfizer is a New York company — something I am greatly proud of. The company’s decision to opt out of Operation Warp Speed, which the Biden administration plans to overhaul, puts it in a unique situation that could help us save lives right here in New York,” according to Cuomo’s letter to Pfizer.

The state launched a new online dashboard to see the state’s number of first and second dosages of the COVID-19 vaccine administered throughout New York. It will include updated information about vaccinations in long-term care facilities.

To view the tracker or for more information, visit covid19vaccine.health.ny.gov/covid-19-vaccine-tracker.

Last week, the governor said he and Coronavirus Task Force officials were exploring all options the state could take to increase its vaccine supply despite the state and federal backlog. It will take more than seven months to vaccinate the 7.1 million New Yorkers eligible to receive the vaccine at the current rate.

All nursing home residents and staff at the state’s 611 facilities who want a COVID-19 vaccine have received their first doses. Second dosages will be administered as part of a federal program with private pharmacies in the next few weeks.

Officials expect about 65,000 doses will be left over from residents and staff who decline to receive injections.

Cuomo regularly releases updated statistics revealing the highest- and lowest-performing, or quickest, medical facilities to administer COVID-19 vaccines in the state. The state will favor sending additional vaccine supply to higher-performing facilities in each region proportionate to an area’s population.

Health centers slow to administer vaccines will not need the same size of future vaccine allocations, the governor said, as they will have remaining stockpiled dosages from initial shipments.

Cuomo repeated his plea for the federal government to ramp up vaccine supply and increase allocations for U.S. states.

It was later reported the national reserve was exhausted before officials promised larger allocations to states, revealing federal officials had already allocated the second dosages.

“The American people deserve an explanation,” according to Cuomo’s letter to Azar, which went on to cite frustration from governors across the nation on both sides of the political aisle. “There must be a full accounting of this mismanagement. When were these additional doses released? Were you aware at the time you made these public comments that there were not additional doses in reserve? When will vaccine supply increase? Will the second doses we have been promised actually arrive?”

The state administered more than 1,006,878 vaccines as of Monday afternoon, with 903,131 New Yorkers receiving their first dosages, and 103,747 people fully vaccinated with both injections at least three weeks apart.

The state administered 329,849 doses last week, or the fifth week of distribution, up from 34,630 vaccines the first week just over one month ago.

This week, the state will open eight mass vaccination sites in addition to its five operating sites to help increase distribution.

The state’s overall COVID-19 positivity was 6.54% on Monday — slightly elevated from 6.14% on Friday, but down from an average positivity of more than 7.6% early last week.

New York’s coronavirus infections, hospitalizations and deaths have started to decline, flattening after a surge of social events and activity for about five weeks from Thanksgiving to New Year’s Day.

Statewide coronavirus hospitalizations increased 97 patients to 8,868 people Monday, up from 8,808 on Friday.

The state’s virus hospitalizations are slowing. An average of 111 coronavirus patients entered state hospitals each day the week of Dec. 28 to Jan. 4., or three weeks ago. About 32 virus patients became hospitalized in the state last week, or from Jan. 11 through 17.

The state did not release separate infection rates for microclusters or hot spot zones Friday or Monday. Cuomo and officials who participate in weekly COVID-19 briefings have not discussed the focus areas for more than a week.

Long Island has the state’s new, highest virus positivity rate at 7.84%. Infections have soared fastest most recently in the Bronx of New York City’s five boroughs.

The state reported 153 New Yorkers died Sunday from COVID-19 complications, slightly down from more than 180 daily fatalities for most of the past two weeks.

Good luck governor Cuomo with your purchase plans. News reports indicate it is how deep are your pickets is the secret. For example the nation of Israel is paying 4 times the going price and already has enough to vaccinate there entire nation. Begin a go fund me governor I will contribute what I can.